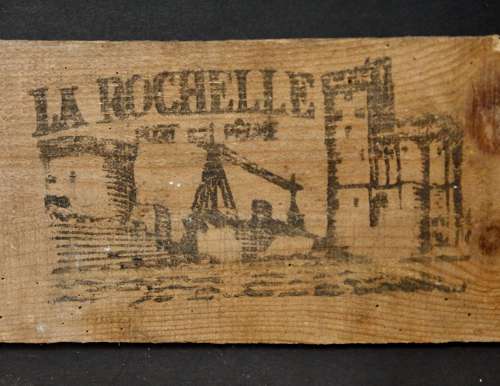 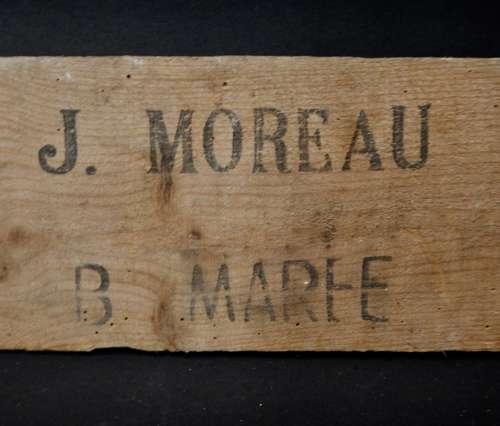 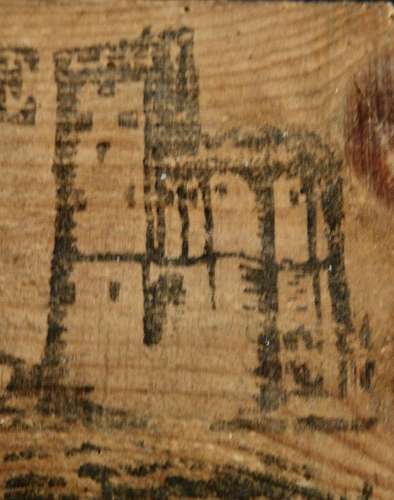 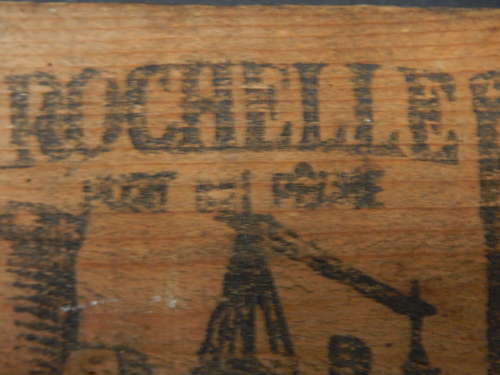 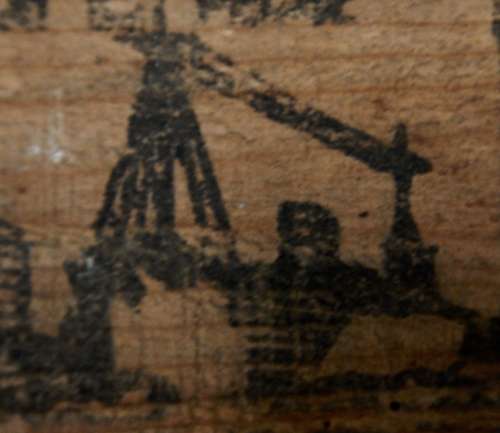 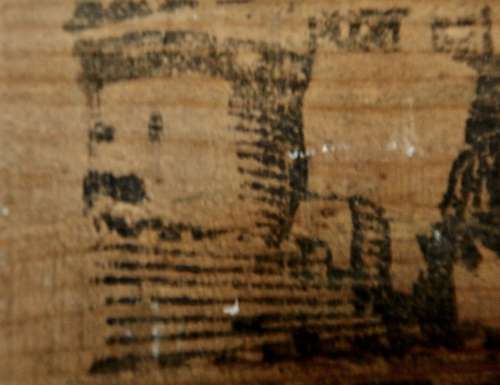 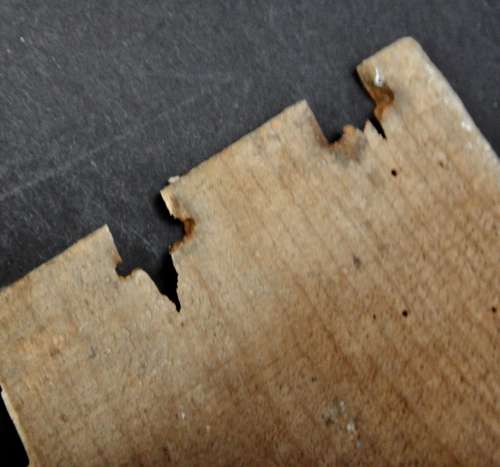 This old piece of wood, part of a sign for the tide times at la Rochelle in its previous life has got "The Look' - a great wall hanging item; someone thought enough of this old French pine panel to save it over the years. It has certainly seen action in its time; starting out with the owner's name,  a picture of the old Port of Rochelle Harbour and the castle walls and a fishing vessel, it has been attacked by time, people and worm but has won out against all three. This would look good just as it is, with a few coats of wax or varnish or even trimmed down, mounted and framed. A very stylish and unique interior rustic design piece.

The French port town of La Rochelle was founded during the 10th century and became an important harbour in the 12th century. The name was first recorded in 961 as Rupella, from a Latin diminutive meaning 'little rock', and was later known as Rocella and Roscella before the name took on its current form. The establishment of La Rochelle as a harbour was a consequence of the victory of Duke Guillaume X of Aquitaine over Isambert de Châtelaillon in 1130 and the subsequent destruction of his harbour of Châtelaillon. In 1137, Guillaume X to all intents and purposes made La Rochelle a free port and gave it the right to establish itself as a commune. Fifty years later Eleanor of Aquitaine upheld the communal charter promulgated by her father, and for the first time in France, a city mayor was appointed for La Rochelle, Guillaume de Montmirail. Guillaume was assisted in his responsibilities by 24 municipal magistrates, and 75 notables who had jurisdiction over the inhabitants. Under the communal charter, the city obtained many privileges, such as the right to mint its own coins, and to operate some businesses free of royal taxes, factors which would favour the development of the entrepreneurial middle-class.

La Rochelle is now one of the most visited places in France, second only to Paris; we have been many times and look forward to doing so again.