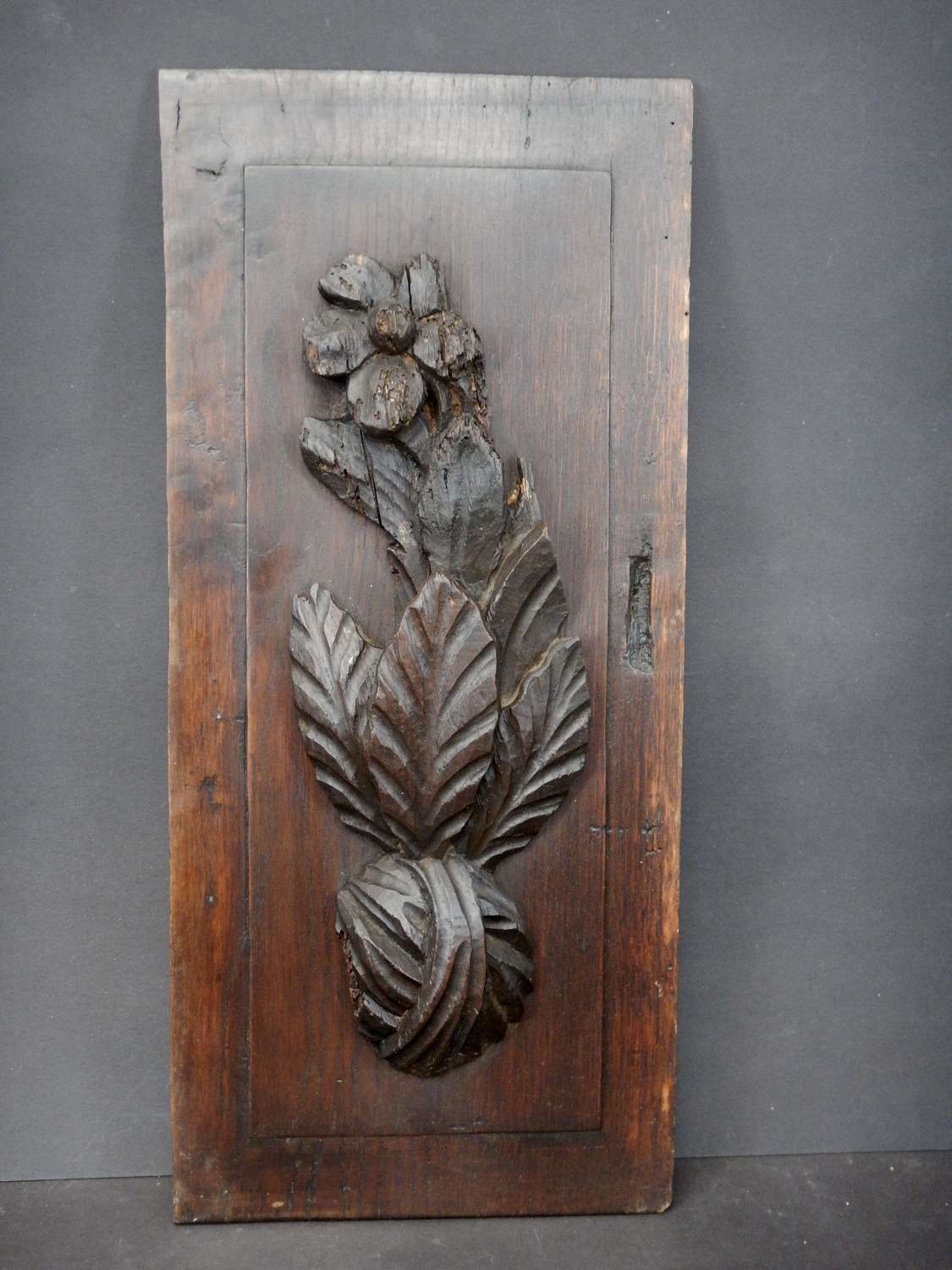 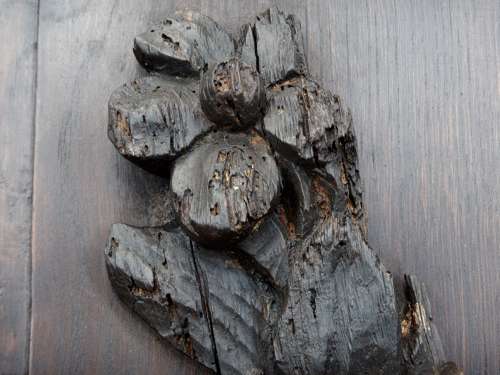 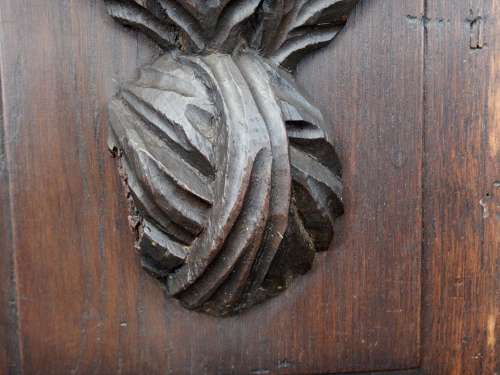 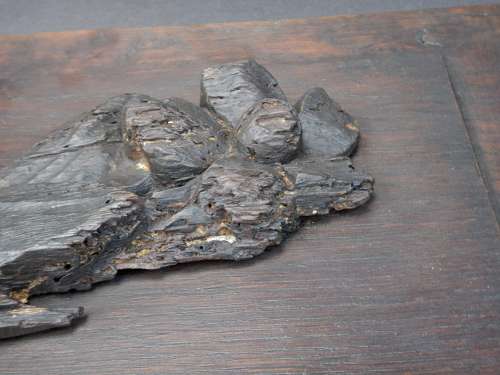 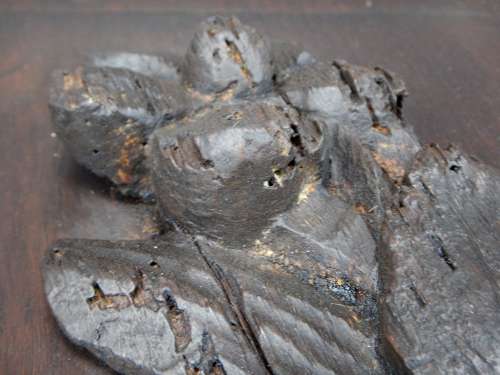 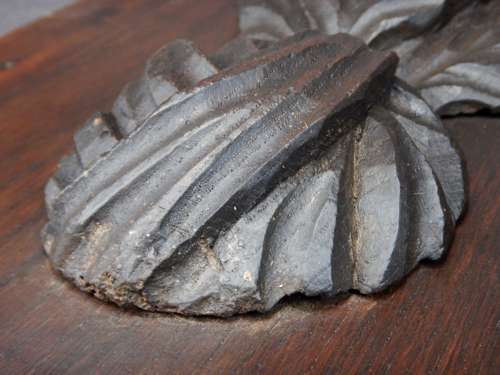 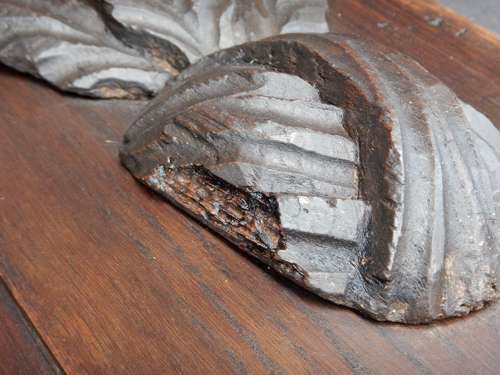 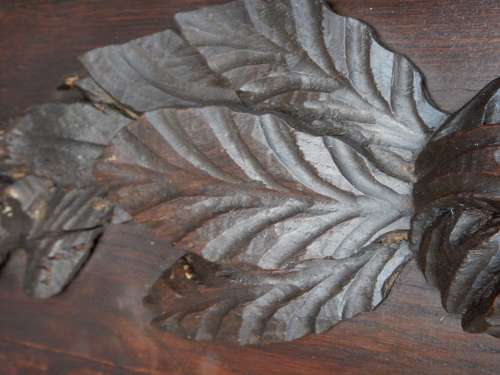 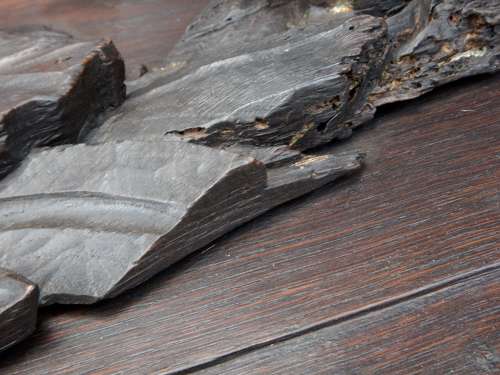 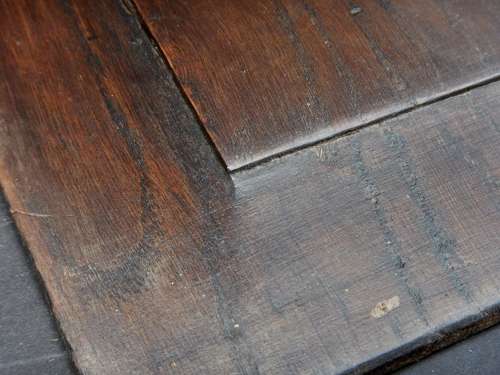 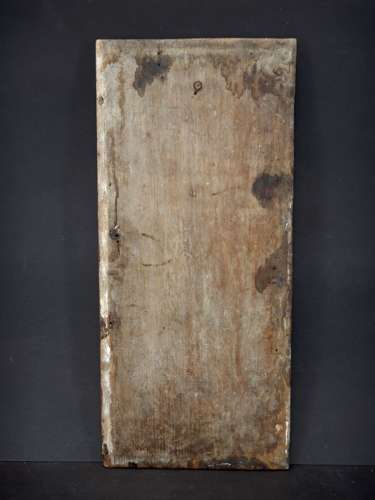 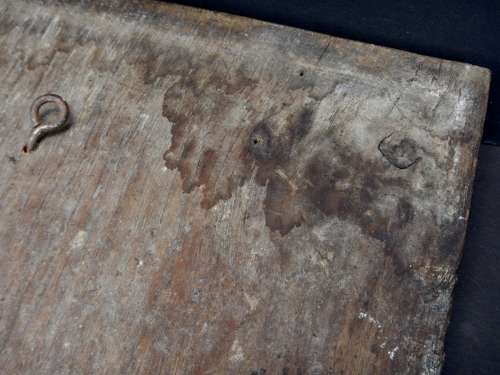 This was removed from one of the original buildings from the Cite de Richelieu, the gorgeous enclosed town in France built by Cardinal Richelieu in the early 1600's. The carved decorative piece dates from an earlier period than the panel, which itself dates from the 1700's. During the building's renovation all the fitted wooden cabinets were removed and sadly most were burned. This particular piece was, luckily, salvaged by a carpenter on the project; recognising it as an extremely old carving  he took this and some other items destined for the fire home, and treated them for any wood worm. The carving decoration is attached to a plain panel that at one time has been part of a cupboard door. The carving itself is of an entirely different species of wood  that has been preserved; and the very rustic hand-chiselled decoration is of a large flower. There is an original hanging loop at the back and weighs 1.15kg.

Armand Jean du Plessis, Duke of Richelieu, commonly referred to as Cardinal Richelieu, was a French clergyman and statesman. He was also known as l'Éminence rouge, or "the Red Eminence", a term derived from the title "Eminence" applied to cardinals and the red robes they customarily wore.

The Cite of Richelieu was built at the order of Cardinal Richelieu (1585–1642), who had spent his youth there and bought the village of his ancestors; he had the estate raised to a duché-pairie August 1631. He engaged the architect Jacques Lemercier, who was already responsible for the Sorbonne and the Cardinal's hôtel in Paris, the Palais Cardinal (now the Palais-Royal). With the permission of King Louis XIII, he created from scratch a walled town on a grid arrangement, and, enclosing within its volumes the modest home of his childhood, an adjacent palace, the Château de Richelieu, surrounded by an ornamental moat and large imposing walls enclosing a series of entrance courts towards the town and, on the opposite side, grand axially-planned formal vista gardens of parterres and gravel walks, a central circular fountain, and views reaching to an exedra cut in the surrounding trees and pierced by an avenue in the woodlands extending to the horizon. The pleasure grounds were enclosed in woodland; since their innovative example was followed and extended at Vaux-le-Vicomte and in the gardens of Versailles, and since André Le Nôtre's father was employed at Richelieu in 1629, and it is not improbable that the young boy was employed as well, it is worth making a detailed survey. Construction took place between 1631 and 1642 – the year of the Cardinal's death – and employed around 2000 workers.

The town itself (as distinct from the Château grounds) is about 700 meters long by 500 meters wide. It is accessible by three monumental gates; a fourth, dummy gate exists to respect the symmetry of the whole. The urban plan revolves around two symmetrically arranged places: Place Royale (now Place des Réligieux) and the Place du Cardinal (now Place du Marché), in which are grouped the presbytery, the "audience" (now the town hall), a covered open market hall (still surviving, with wooden pillars and roof beams) and shops. To ensure quick settlement, the Cardinal imposed no city taxes. In return, buyers of plots for construction undertook to build within two years a "flag" or a house according to the plans and specifications filed with the court of the city, while being forced to choose as builder one of the Cardinal's appointees. A register of specific transactions is kept, allowing historians to know today the list of owners of the original buildings of the city. This item originated from one of these buildings. Upon the death of Cardinal, the city ceased to grow, but continued to have illustrious visitors, like Louis XIV of France, Jean de La Fontaine, and Voltaire. According to La Fontaine, Richelieu was at the time of writing the "most beautiful village of the universe."