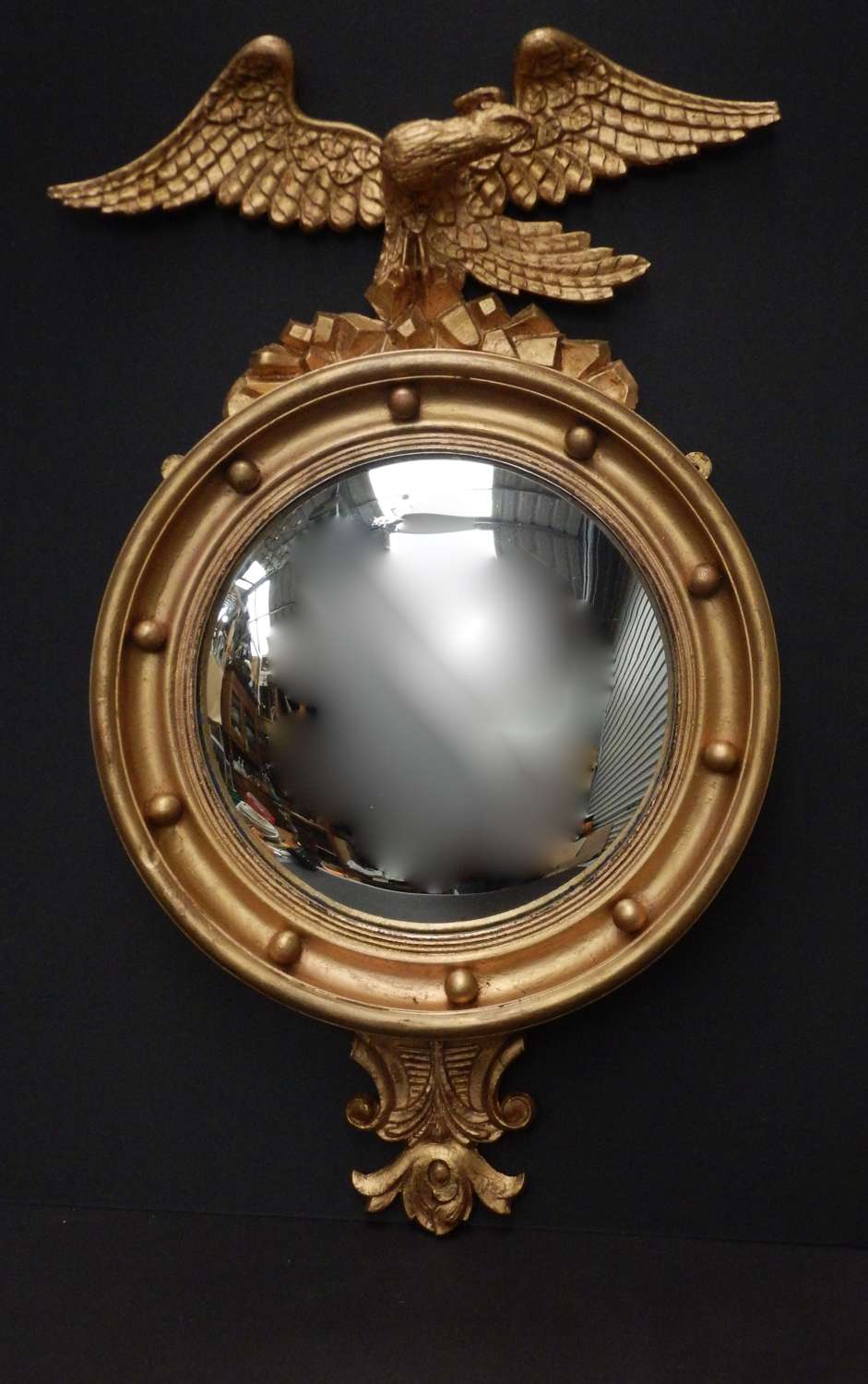 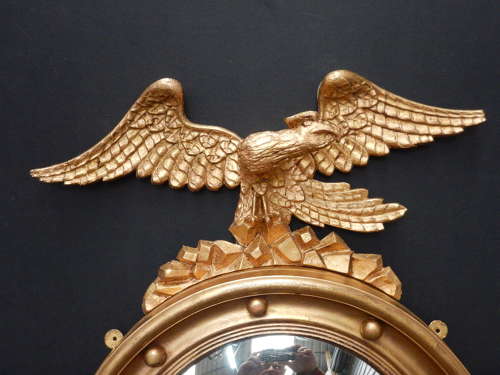 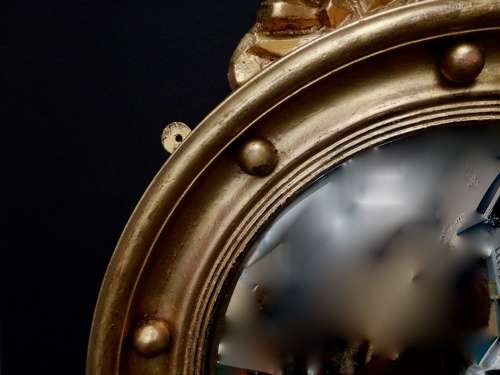 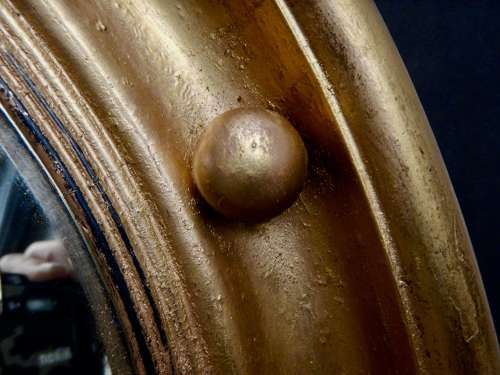 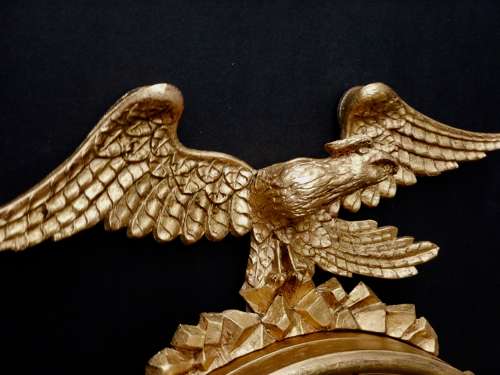 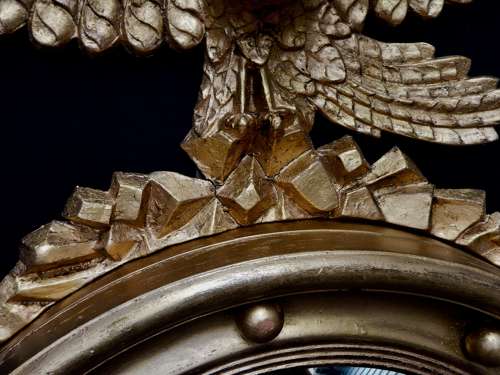 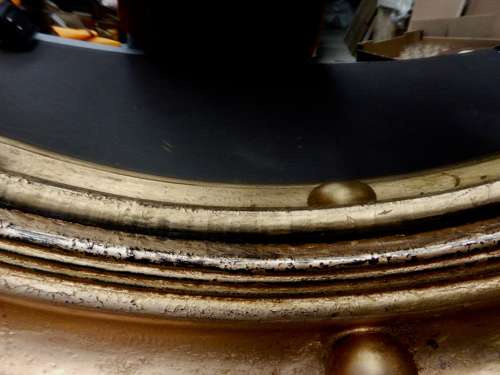 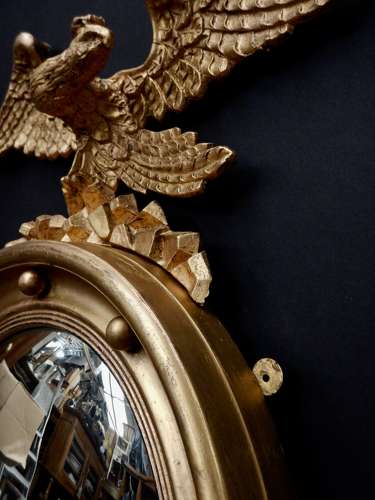 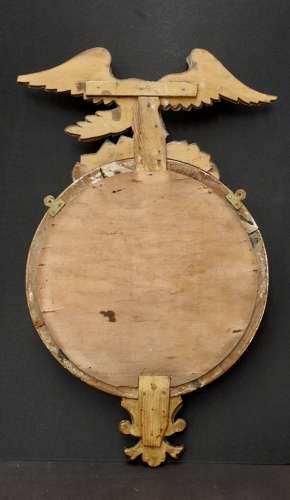 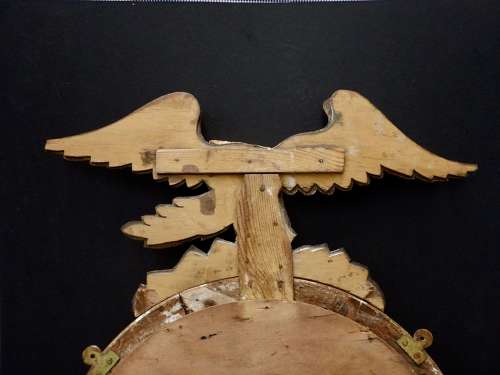 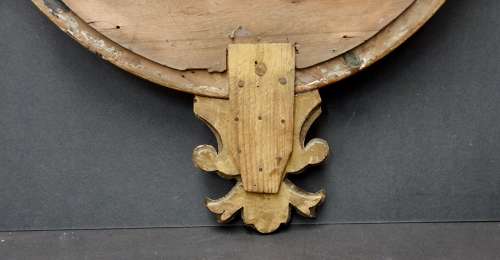 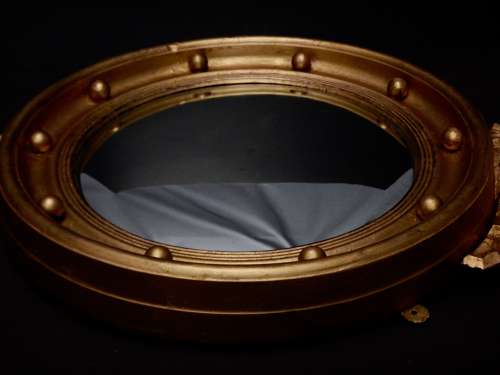 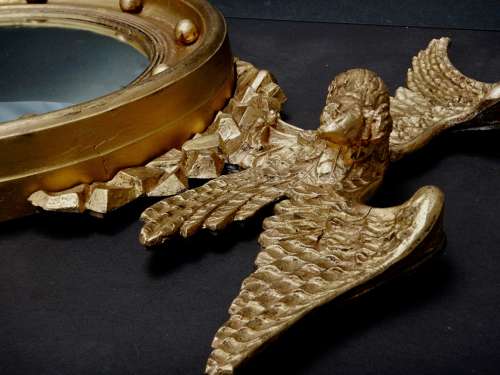 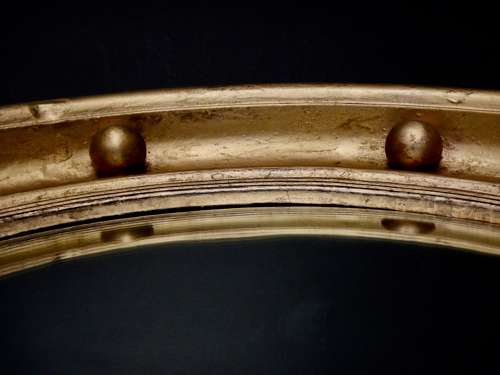 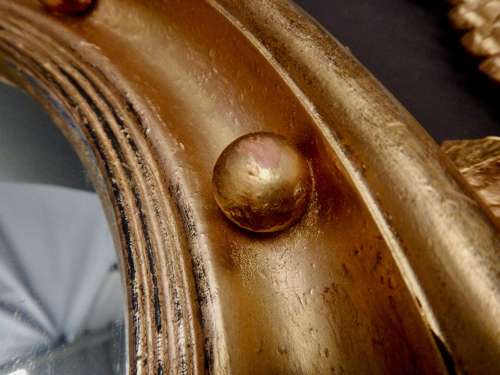 An Imperial or Regency Style Mirror with Eagle pediment from France - this mirror comes from the Loire Region of France, where it was made in the highest fashion style of the era. A mirror of this type would have been the property of only the richest and most important people of the day - which is most possibly how it came to be in The Loire valley - the Loire River has some of the most prestigious Chateaux in France along its banks. It appears to be from the period of Louis XV but may be later.

The mirror and its surround shows the marks of time - it has in the past been gilded and also shows signs of having been painted at least once over the top of that; it was re-gilded at some point before we bought it and once again it carries a classical golden gilt and rose golden finish that lets the age of the piece show through.

These type of mirrors are highly sought after, rare and we were lucky to find it.