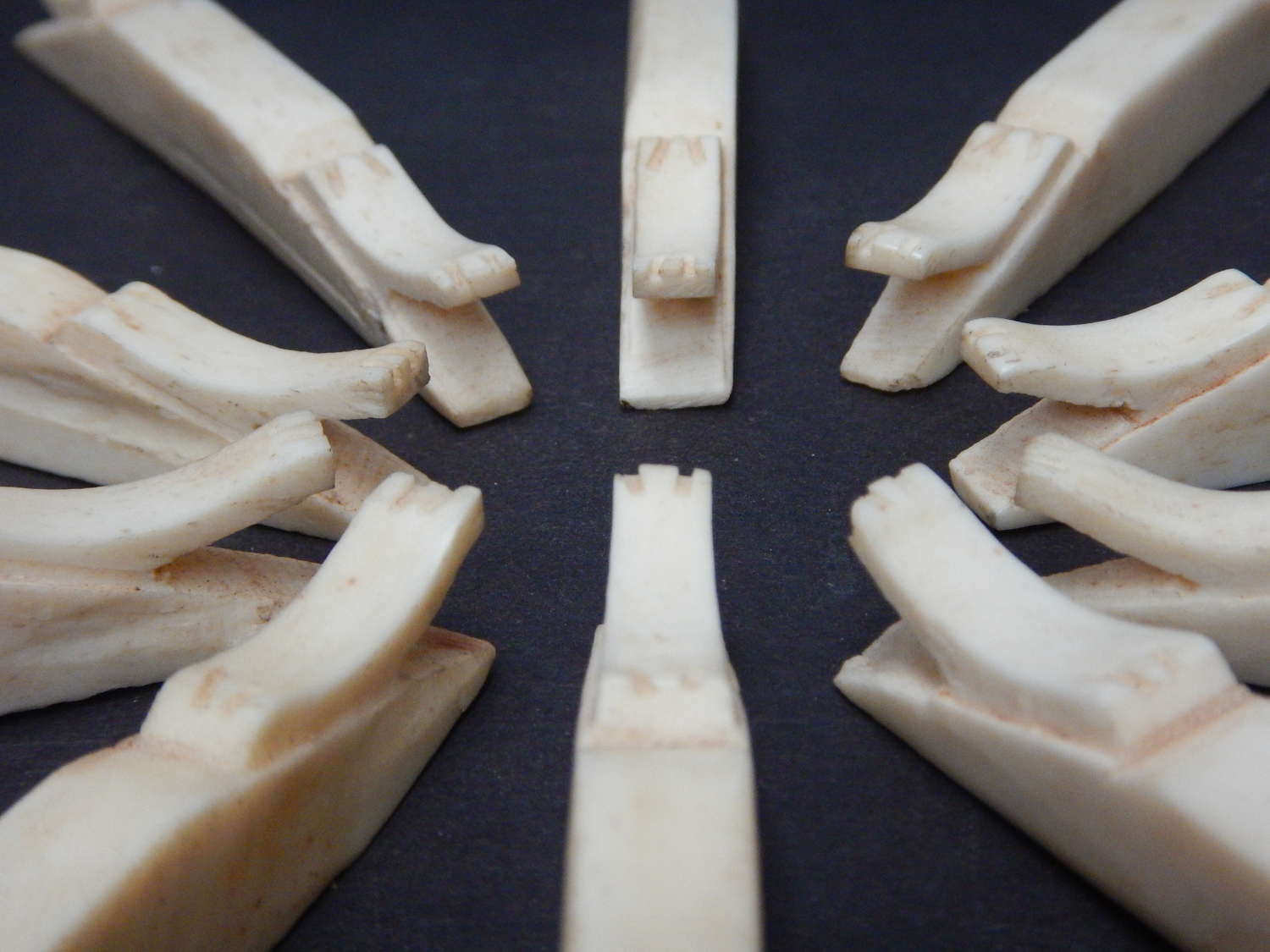 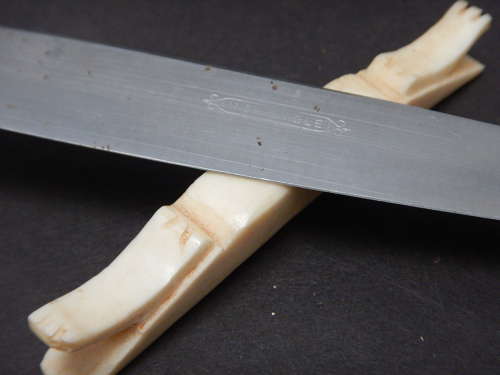 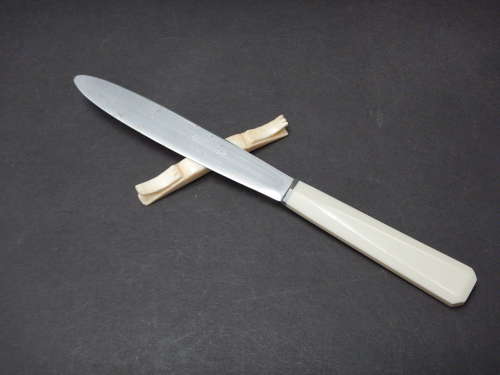 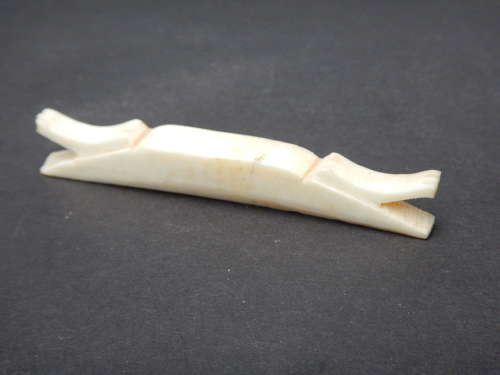 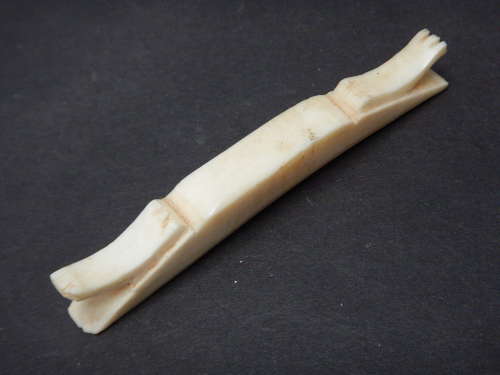 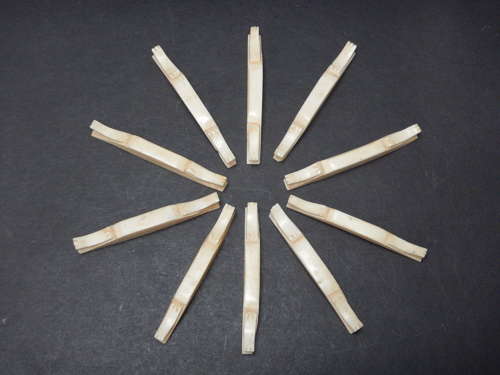 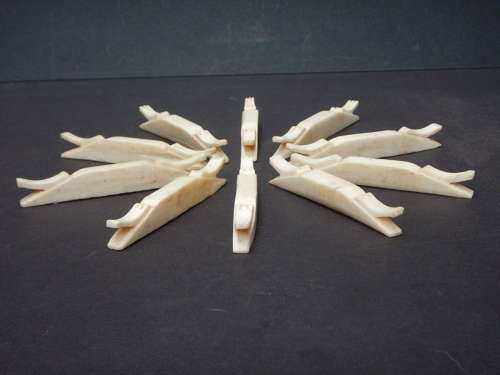 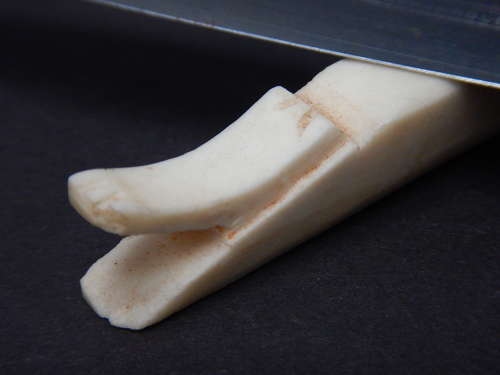 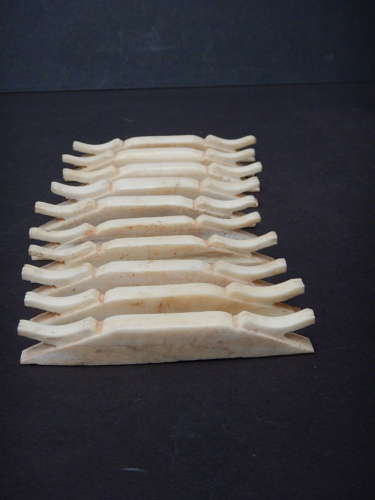 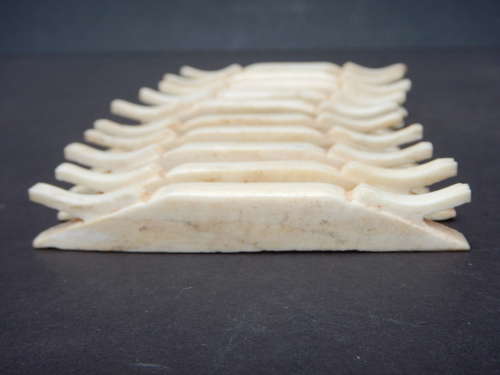 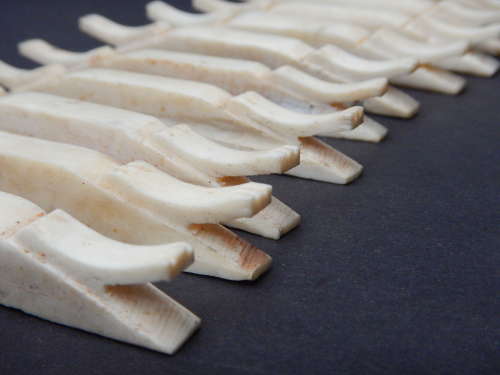 A handsome set of ten hand carved knife rests made in France in the beginning of the twentieth century - probably around 1910 according the the French family that we bought them from. Their great-grandfather had been a stone mason in Saumur, in the Loire Vally and the family were modestly comfortable but did not have a lot of extra money for extras. Not being able to afford the more usual silver plated or cut-crystal knife rests and being rather handy as a mason - he turned his hand to sculpting these rests or "Portes Couteaux" out of a large piece of specially selected bone that he got from his friend, the local butcher. So these knife rests stayed in the family for generations; the family we met are all vegans, so they were quite happy to sell them on. We think that as a piece of social history they are fascinating - and the man made a great job of smoothing and buffing the bone rests in a fantastic 'Crocodile' or 'Alligator' shape.

Knife Rests have been used for longer than most people think. In the early 18th Century and possibly the late 17th century the gentry and the ruling classes sat down to a meal that could have had anything up to 12 courses and apart from their hands probably only had one knife and fork per person. To save soiling the table and tablecloth – (if there was one,) - the utensils had to be put down onto something that kept them off the surface. It was probably initially just a piece of wood in the times of Henry the Eighth but from the eighteenth century we know that some enterprising persons started to design what we now consider proper knife rests in pairs, sets of 4, 6, 12 and possibly more.