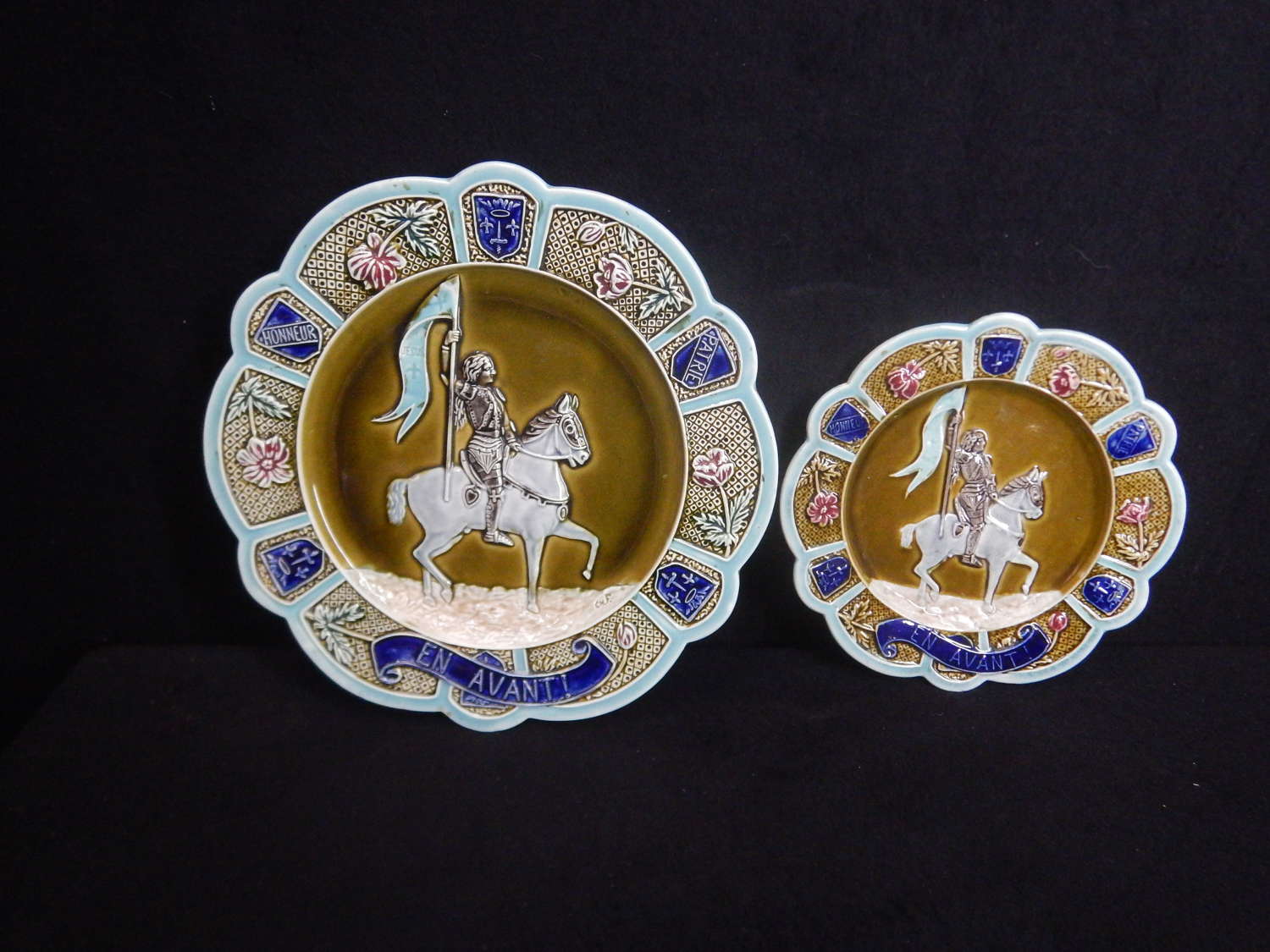 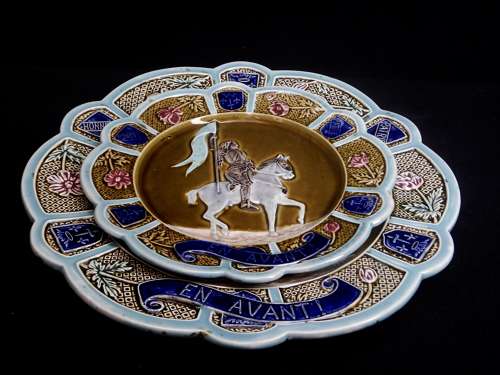 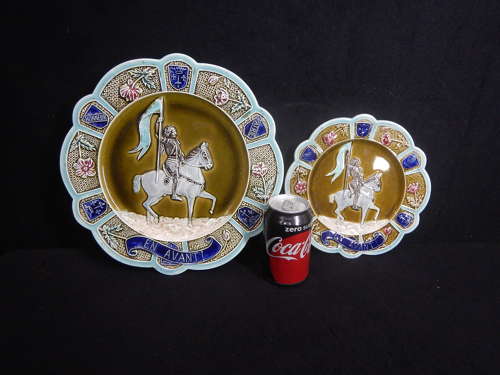 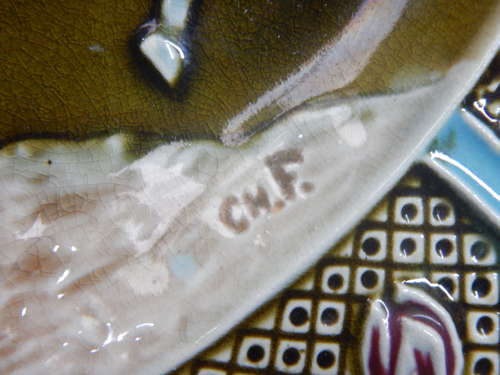 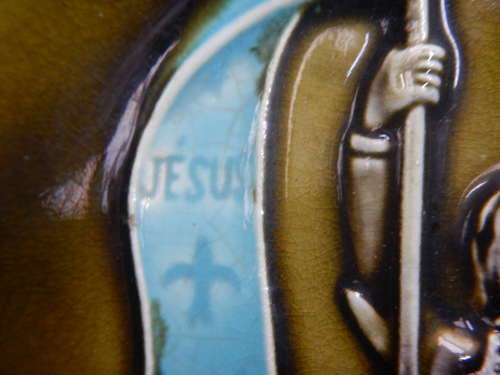 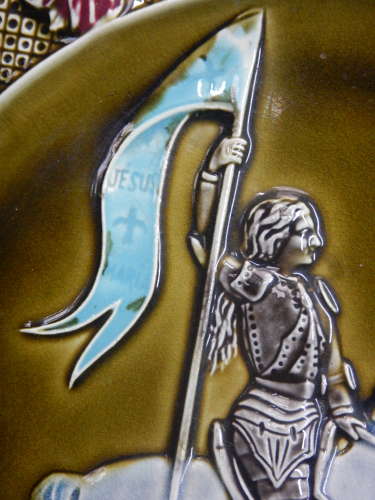 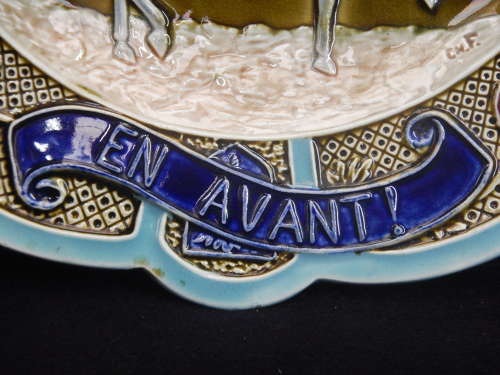 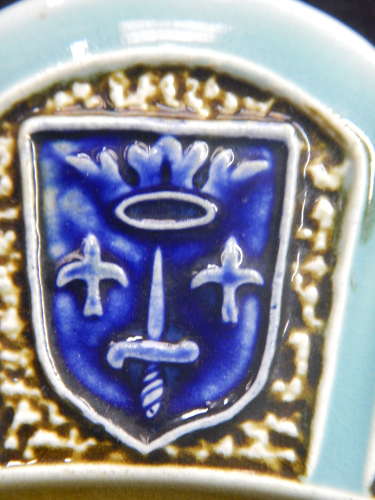 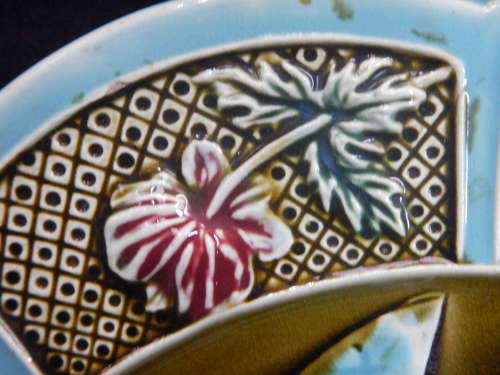 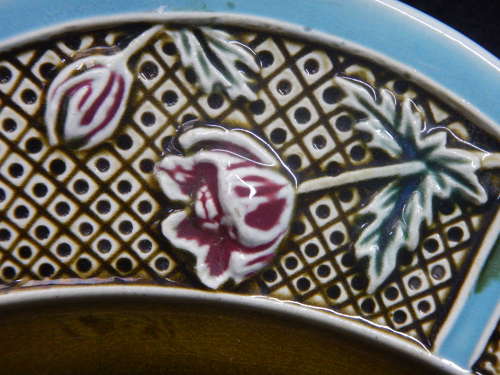 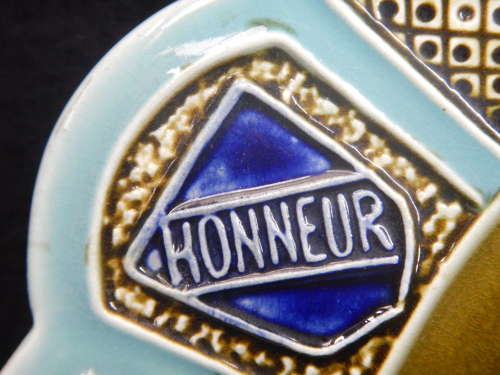 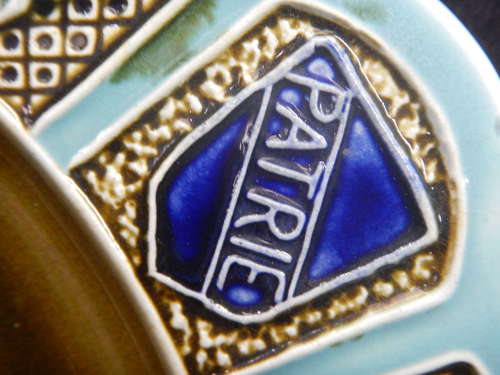 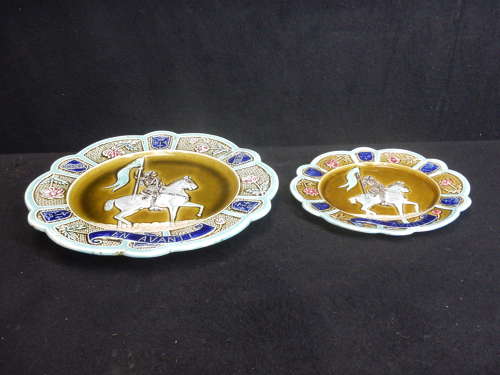 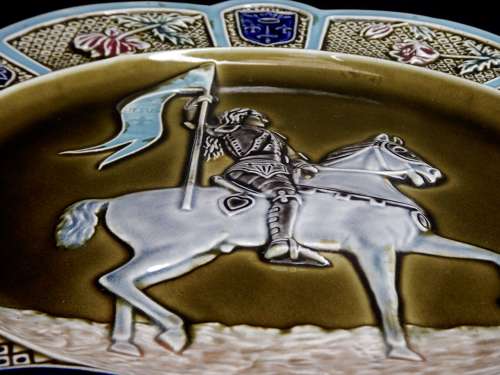 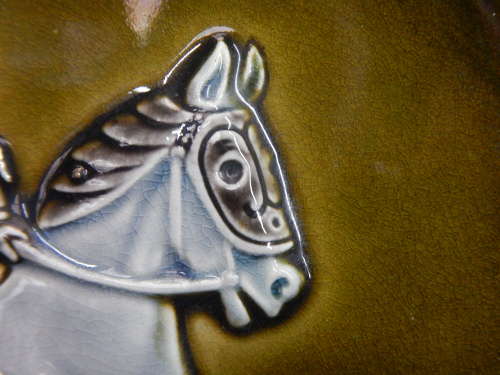 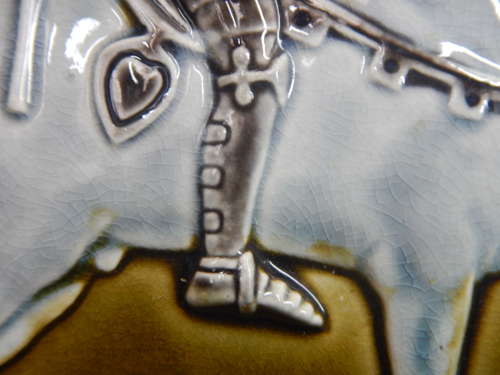 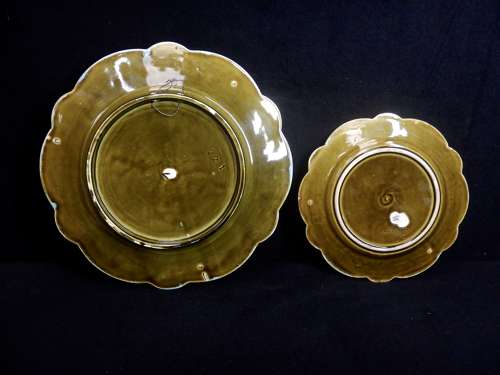 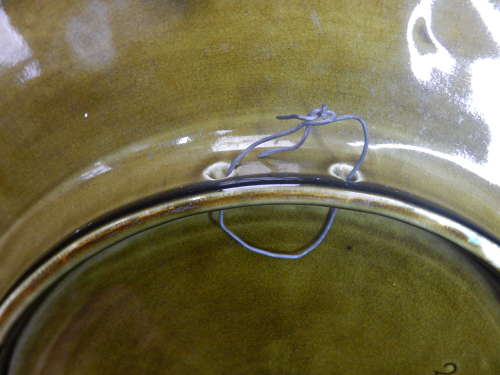 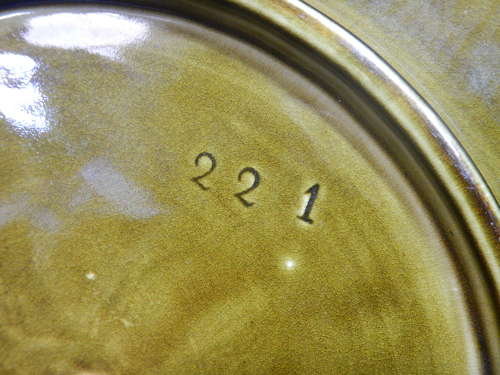 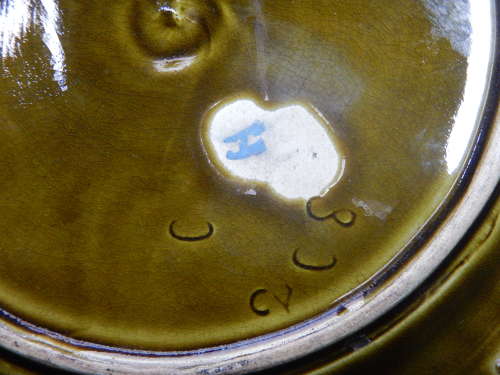 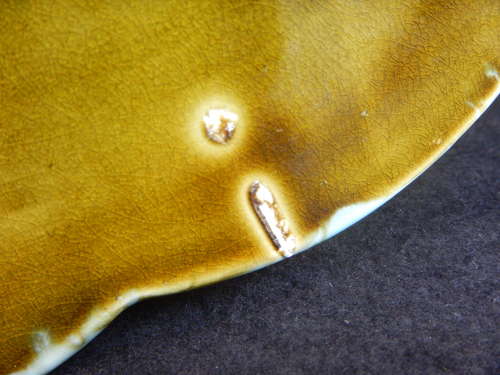 Very Rare - from before the turn of the 19th Century, a pair of Antique French ornamental plates celebrating the victories and life of St Joan of Arc.

St Joan of Arc, nicknamed "The Maid of Orléans", is considered a heroine of France for her role during the Lancastrian phase of the Hundred Years' War, and was canonized as a saint. She was born to Jacques d'Arc and Isabelle Romée, a peasant family, at Domrémy in the Vosges of northeast France. She was declared a national symbol of France by Napoleon Bonaparte, and canonised by the Church in 1932.

Both plates have the exact same design with small adjustments for size. Along the rim of the plates, the decorative panels bear the Crest of Jeanne D'Arc, Red Roses, and on a scroll at the base, the declaration 'En Avant !' - Onward !.

Descriptions-
THE LARGER PLATE is an EXTREMELY RARE ornamental wall plate, decorated in bright colours with Cobalt Blue in the forefront. Dating from approximately 1880, the plate has survived in exceptionally good condition. Although of a good age, the plate has been well cared for and there is no crackling to the glaze. At the back, two holes in the base rim allow for hanging - there is a piece of twisted wire inserted for that purpose. The image is of Jeanne D'Arc in full armour, riding on a horse and  carrying a banner.  The words 'Jesus' and 'Maria' are emblazoned on it, with a shaped cross or fleur-de-lys between the two names.  This is the only example we have ever seen of this larger plate which bears a signature ' CH.F '.
Dimensions:-  Diameter: 12" / 310mm ;  Height: 1.5" / 35mm;   Weight: 1.1kg

SMALL PLATE: this plate is of the more common size and although the design is the same, some subtle differences are apparent. Joan, on the horse carries the same banner but due to the size difference the two names have been sacrificed. The Fleur-de-Lys, or Cross is visible. There is no signature on this plate and the decoration is not quite as sharp and lacks the detail of the larger size, but it is in line with all other plates of the period. This item does have some fine crackling to the glaze, as would be expected with an antique plate of this kind.
Dimensions:- Diameter: 8.75" / 220mm;   Height: 0.75" / 22mm;  Weight: 300grams

Your purchase will be carefully packed in recycled wrappings where possible and despatched by An Post or Courier Service.
***********************THE PRICE INCLUDES THE TWO PLATES WITH TRACKED INTERNATIONAL DELIVERY.