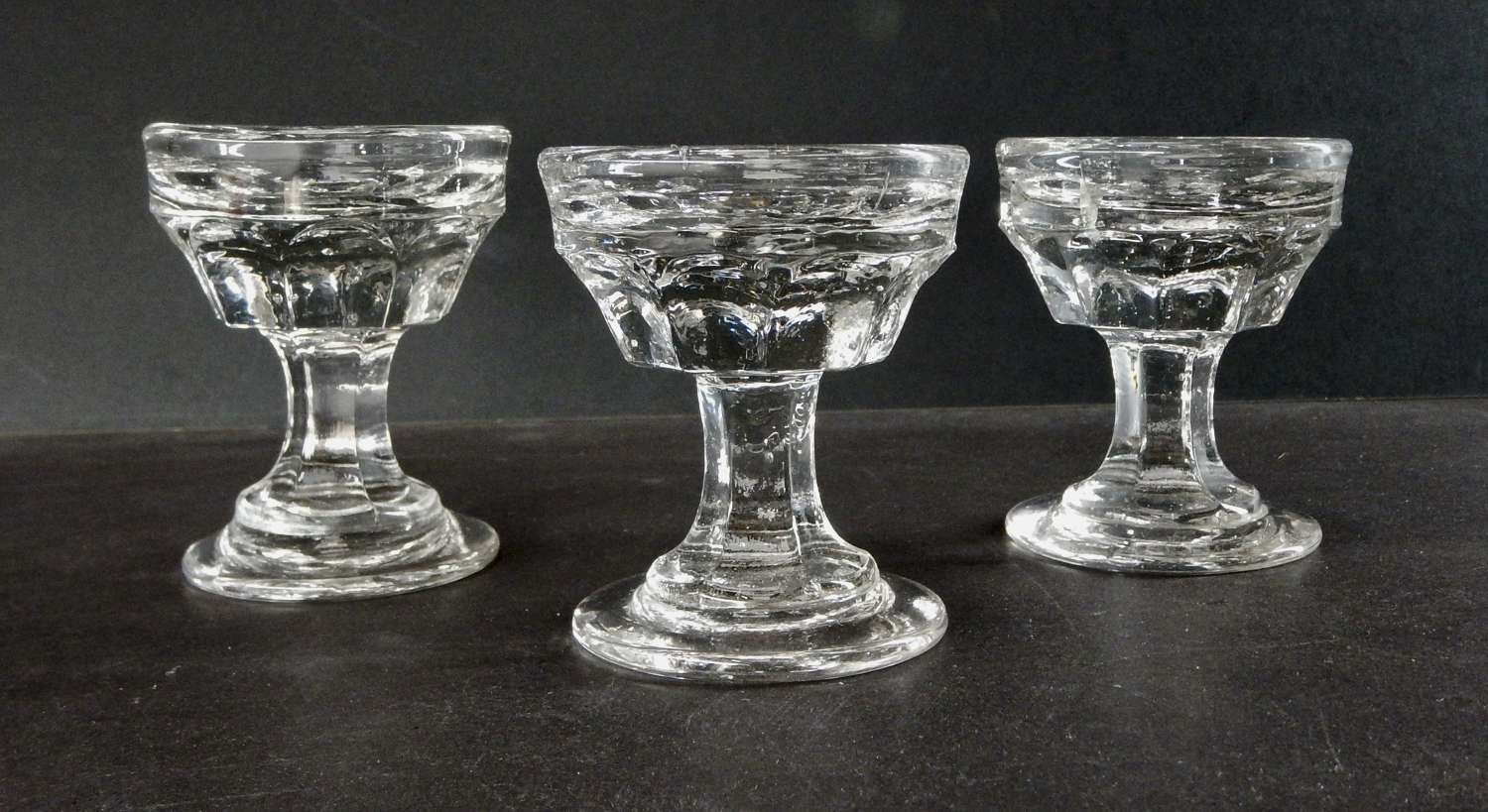 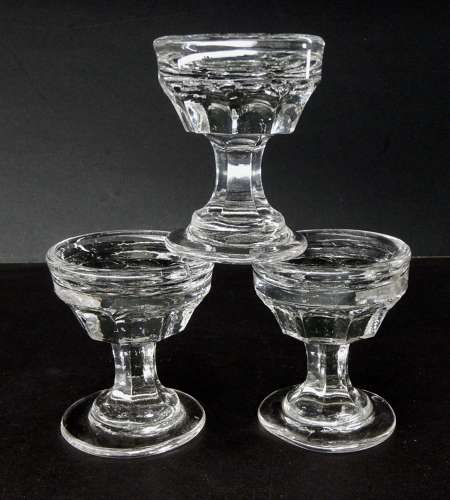 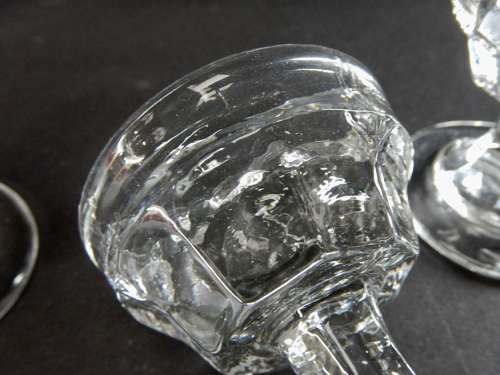 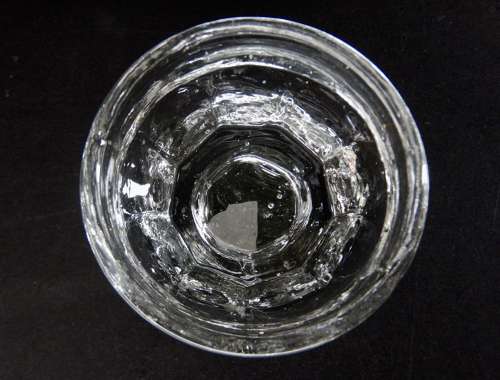 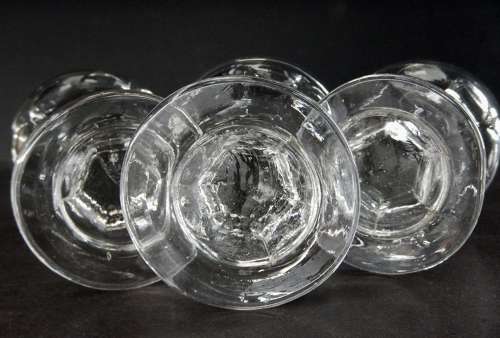 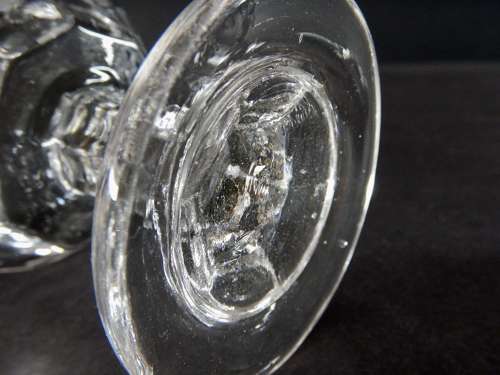 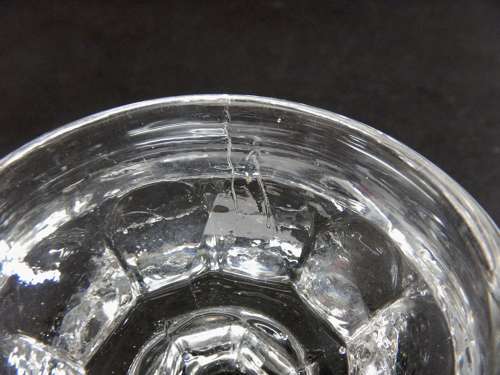 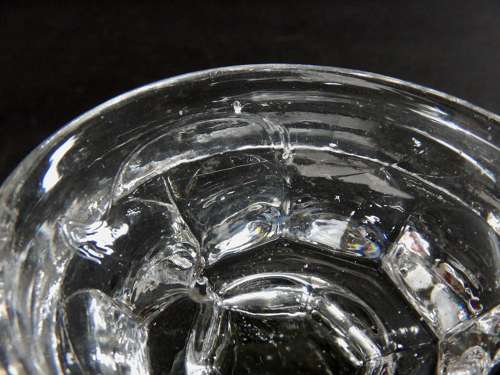 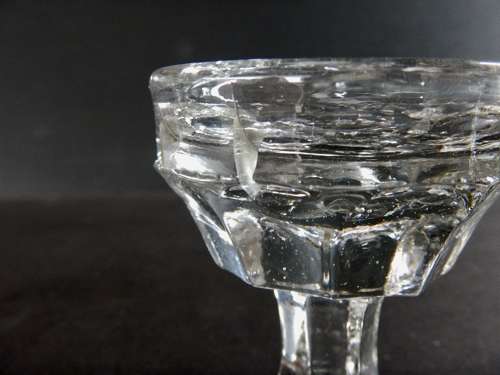 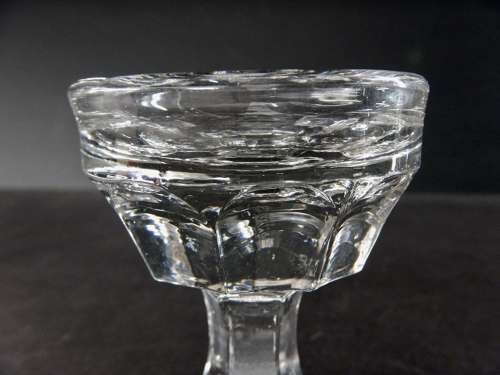 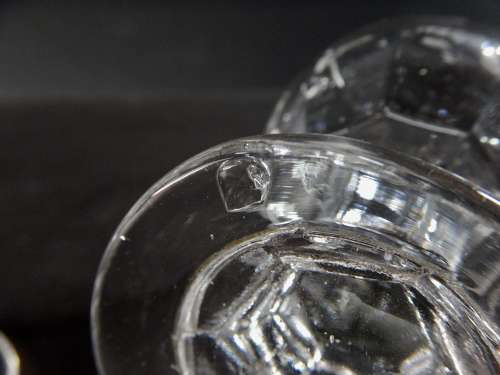 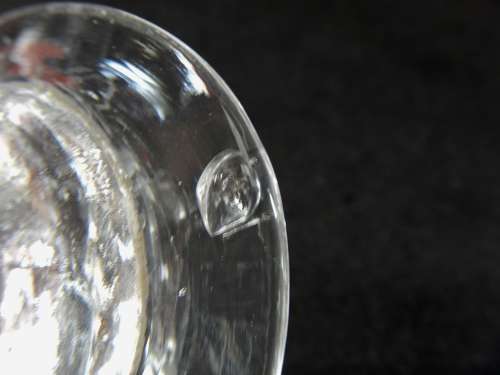 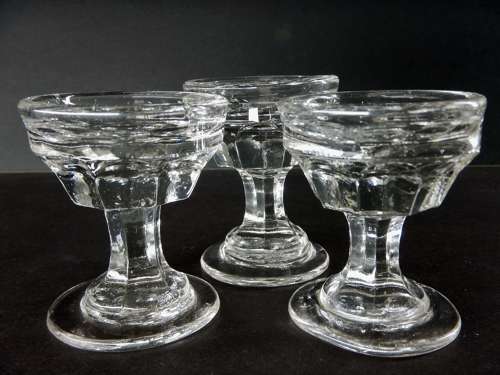 A RARE set of three antique "Penny Lick" glasses dating from the late nineteenth century. The two of the three glasses are in perfect antique condition with no chips or tracks the third has slight cracking due to use over the years. The cut glass is very thick, with some original tiny bubbles trapped in the glass during the manufacturing process. These would make a superb gift for anybody interested in the History of Ice Cream - and they would still be great fun to use again today.

A penny lick was a small glass for serving ice cream, used in London, England, and elsewhere in the late nineteenth century and early twentieth century. Street vendors would sell the contents of the glass for one penny. The glass was usually made with a thick glass base and a shallow depression in the deceptively thick glass top, in which the ice cream was placed. The customer would lick the glass clean and return it to the vendor, who would reuse it; they were expensive items that vendors did not want to lose. This set has pressed glass bowl on a base that has been hand turned. The 'lick' glasses were banned from public use in London in 1898 because of the fear of spread of disease - as the street vendors did not always clean them between customers. For a while a pastry case was used but the Penny Lick was eventually replaced by the Waffle Ice Cream Cone that we know today, sometime after 1903.

The set of four weighs over 900 grammes without packaging.