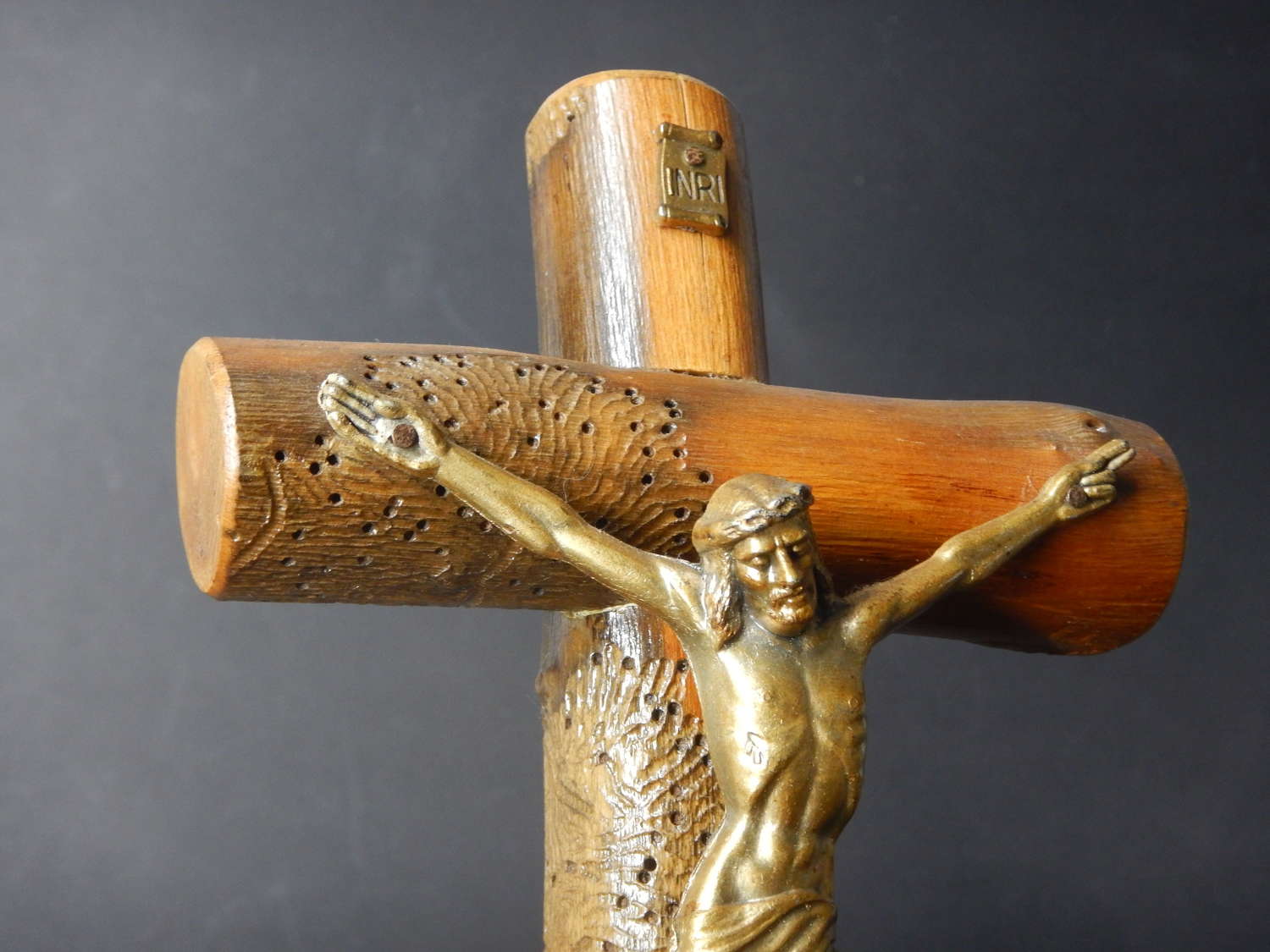 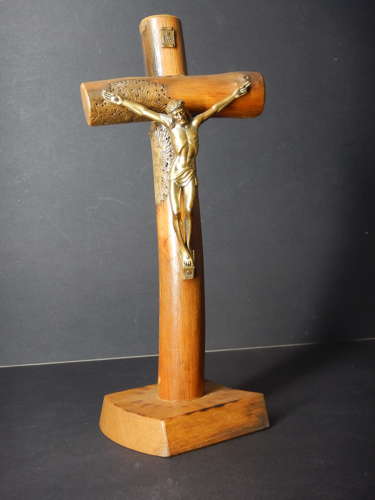 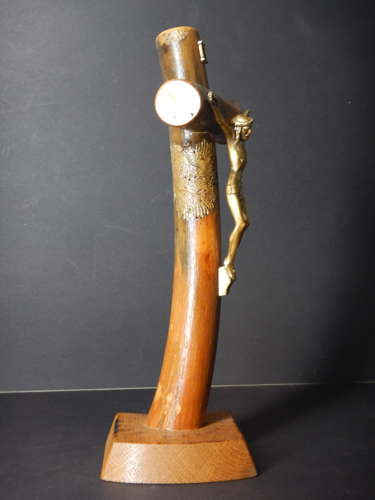 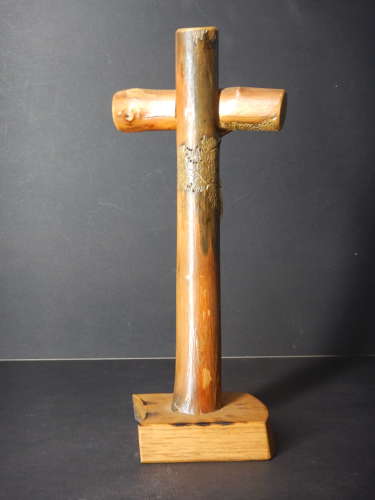 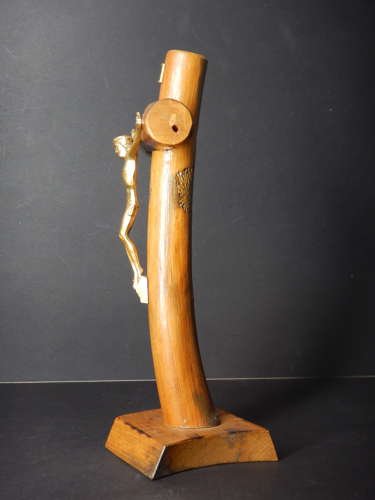 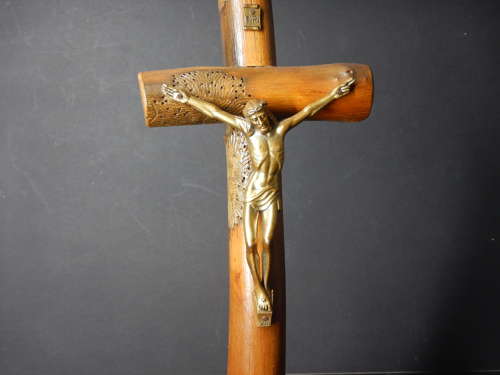 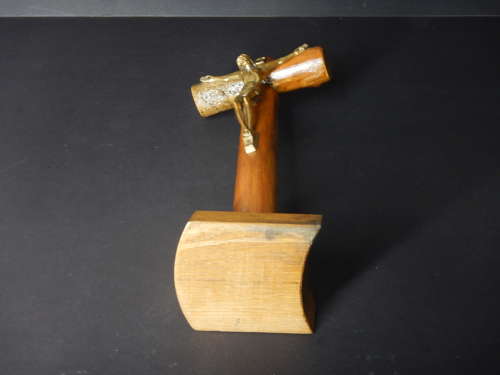 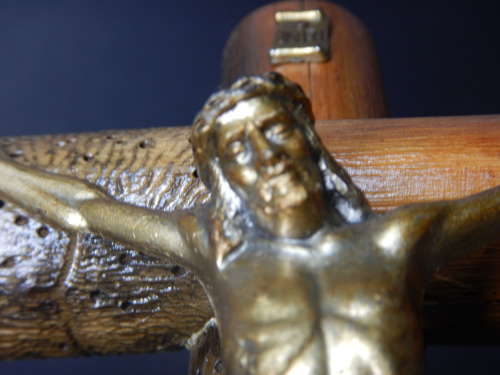 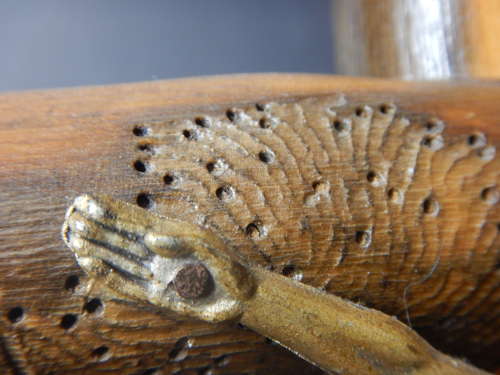 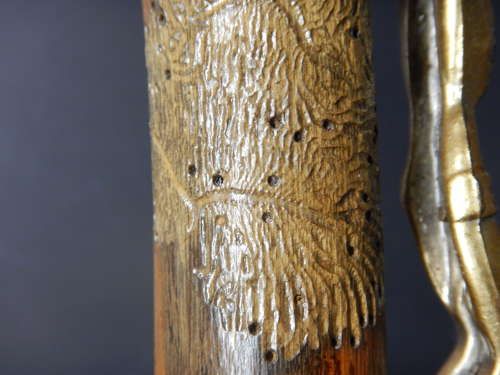 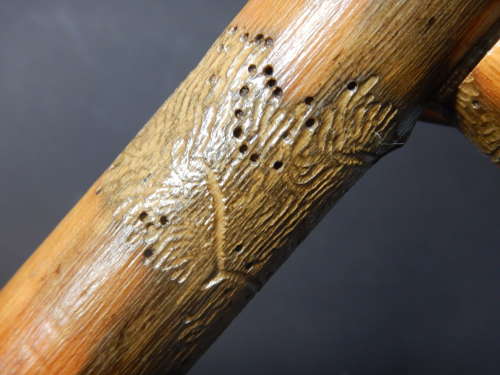 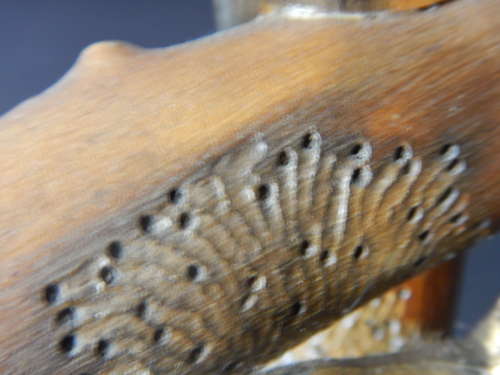 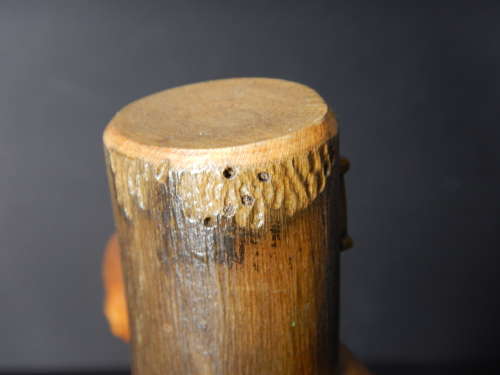 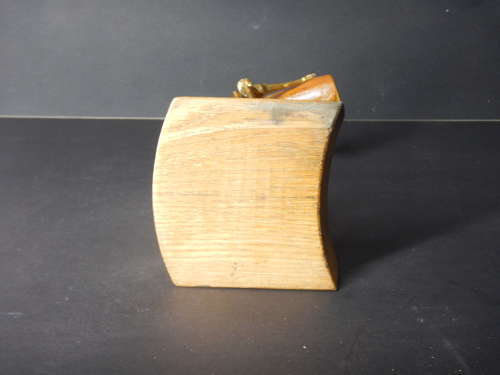 A unique and interesting antique Crucifix from Ireland. The Corpus Christ - Body of Christ - was originally from Italy; it has a gilt finish and came from an earlier Crucifix that was broken. The Cross upon which it is mounted is made from a shaped base in old oak and the cross itself is fashioned from Hawthorn, a very hard and dense wood with both Christian (the Crown of Thorns) and Pagan / Celtic / Christian (The Glastonbury Thorn) connections. The upright shaft of the cross has been cut away to allow the insertion of the crossbar, which is nailed into place; the upright is firmly fixed and glued into place on the base, displayed at an angle instead of square face-on. One of the most beautiful aspects of the cross is the markings, made many years ago by the larvae of an insect while the wood was growing - the most gorgeous and intricate pattern, with each little pathway ending in a tiny hole where the young emerged.

We bought this from the grandson of the man who made the crucifix as it is today; although very proud of his Grandfather's work, he has many more items that he made, which he feels are more personal to him. The cross stands at 12.5" or 32cm high by 5.25" or 13cm wide and 5.5" or 14 cm deep. It weighs 530 grammes without any packaging.