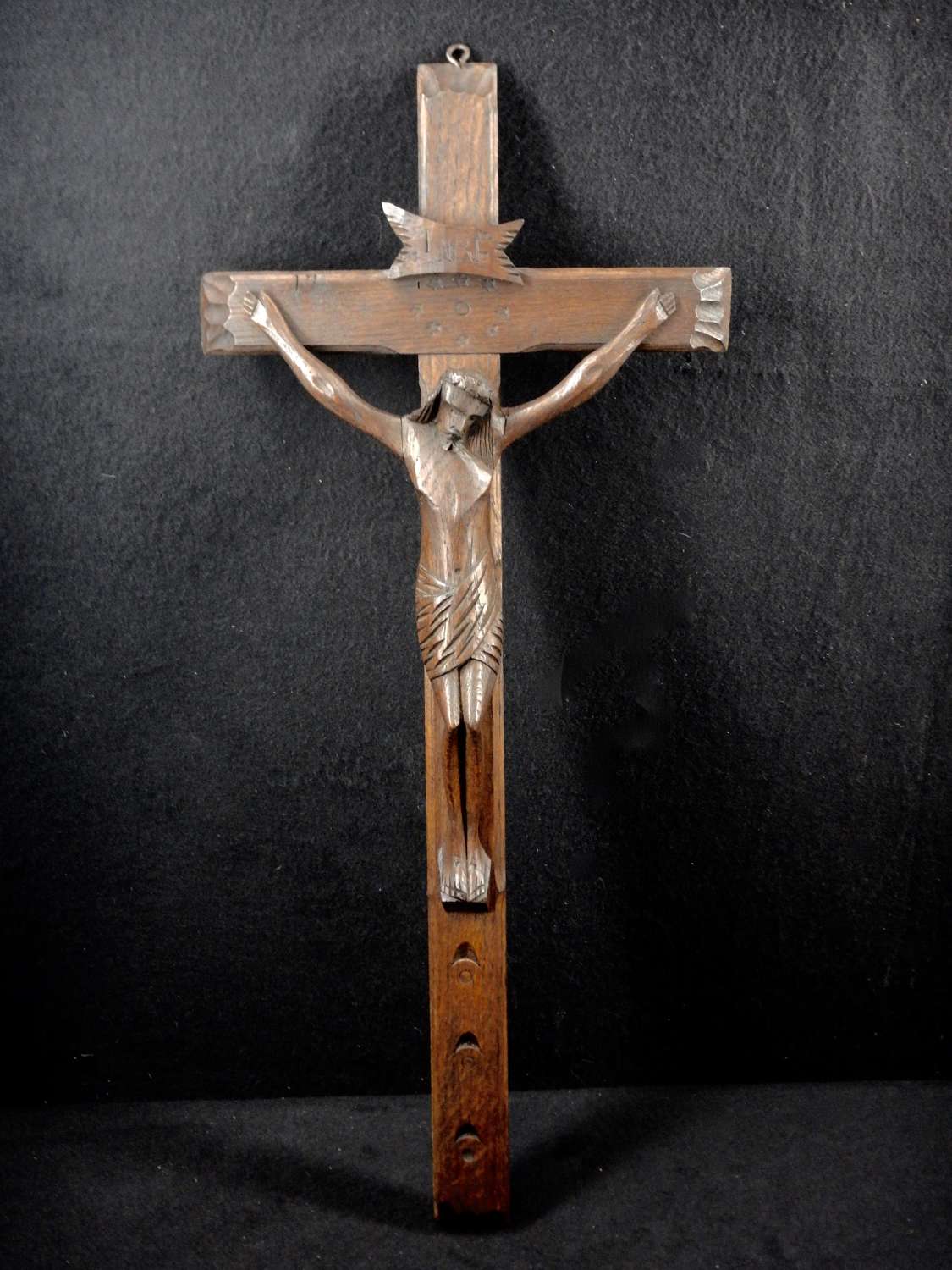 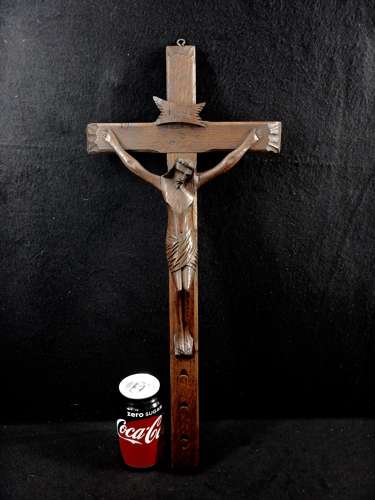 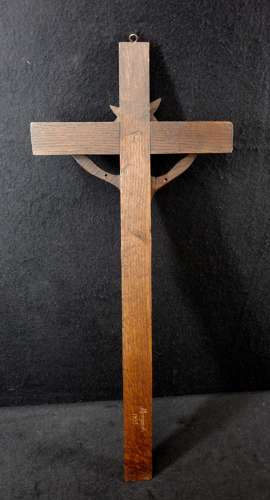 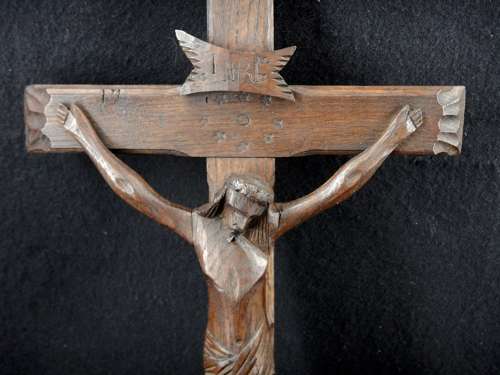 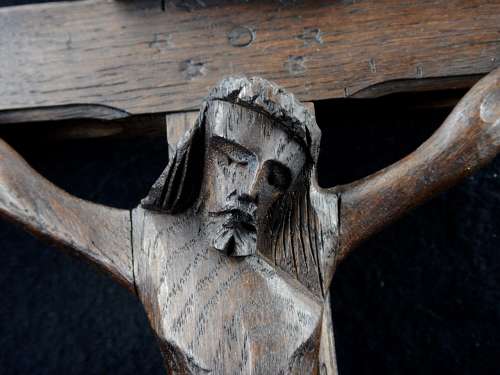 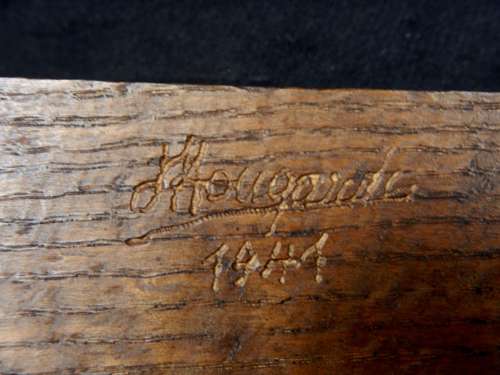 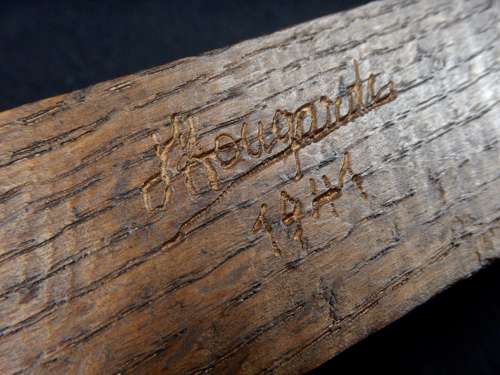 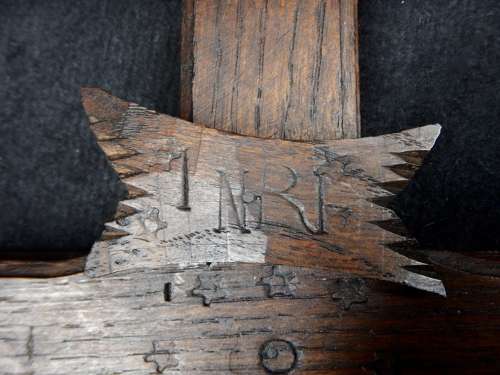 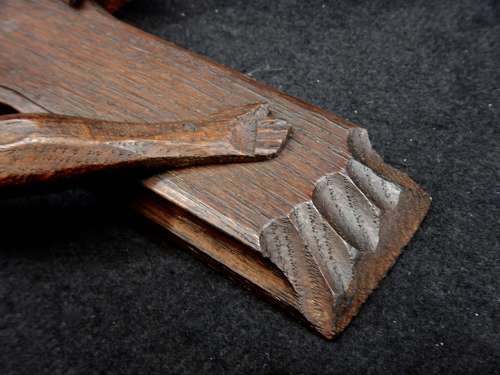 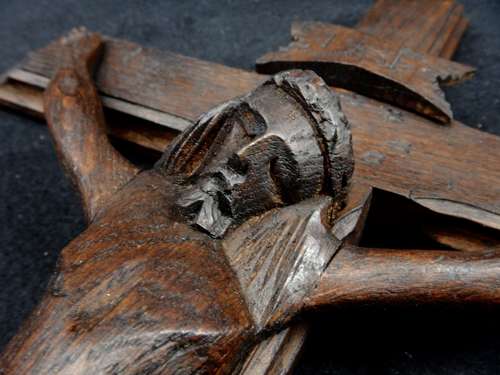 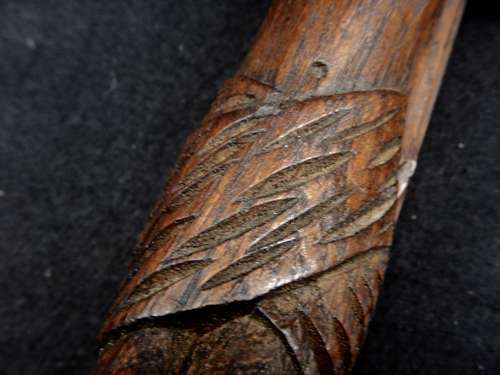 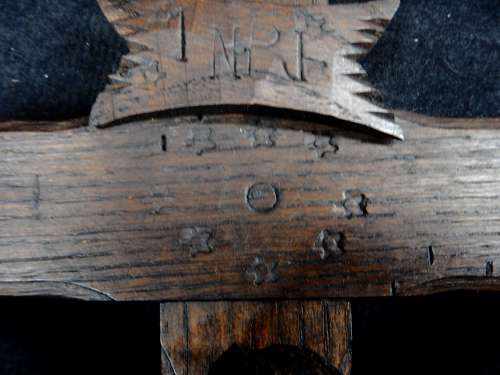 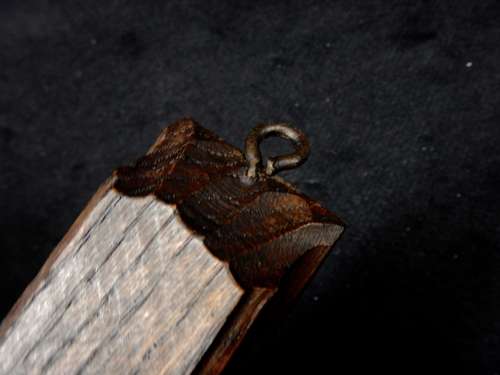 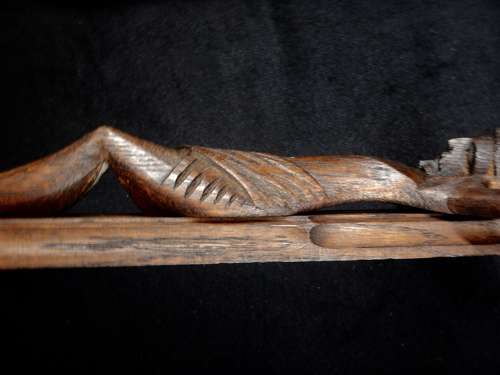 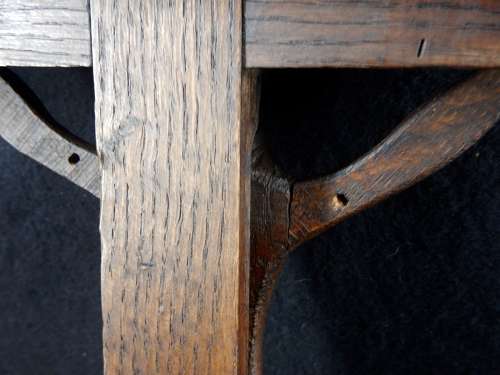 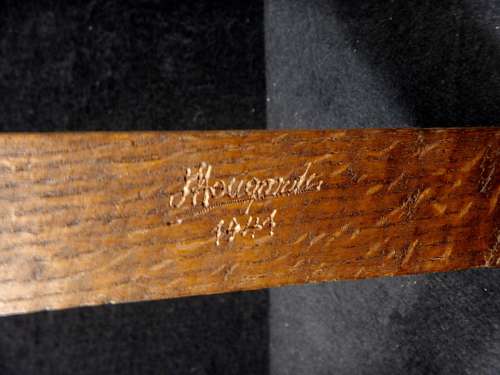 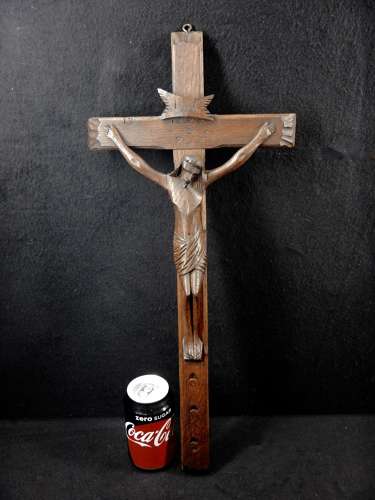 Part of a collection we acquired from a well known expert on Religious Artefacts - this crucifix comes from France and although termed 'Trench Art' is is from the period of the second World War, when soldiers had down-time between terrible periods of action, and made their own comfort and entertainment. This piece is "Brutalist" in design yet has been carved and sculpted with a great deal of loving care, and the soldier who made this perhaps had wood carving his hobby before the war. The cross is signed by the soldier-maker on the back, in 1941:
" J, Hougarte - 1941 "- so it was fashioned in the middle of the War.  The signature is well written in a typically 'French' script and would be pronounced "Hoo-gart".

The carving is a little naive in style but very effective. Small cutaways have been used as decoration - the halo above the Head of Christ is made out of marks punched into the wood -  and the 'INRI' plaque is made of the same wood as the crucifix, simply carved and stained,  probably later. The figure of Christ is also in wood; deeply and deliberately carved details show Christ fashioned from three wooden parts - the arms have been carved individually and attached to the body, then nailed to the cross with surprisingly fine pins. At the top, there is a solid metal loop, for wall hanging.

Your purchase will be carefully packed in recycled wrappings where possible and despatched by An Post or Courier Service.
*** THE PRICE INCLUDES INTERNATIONAL TRACKED DELIVERY ***