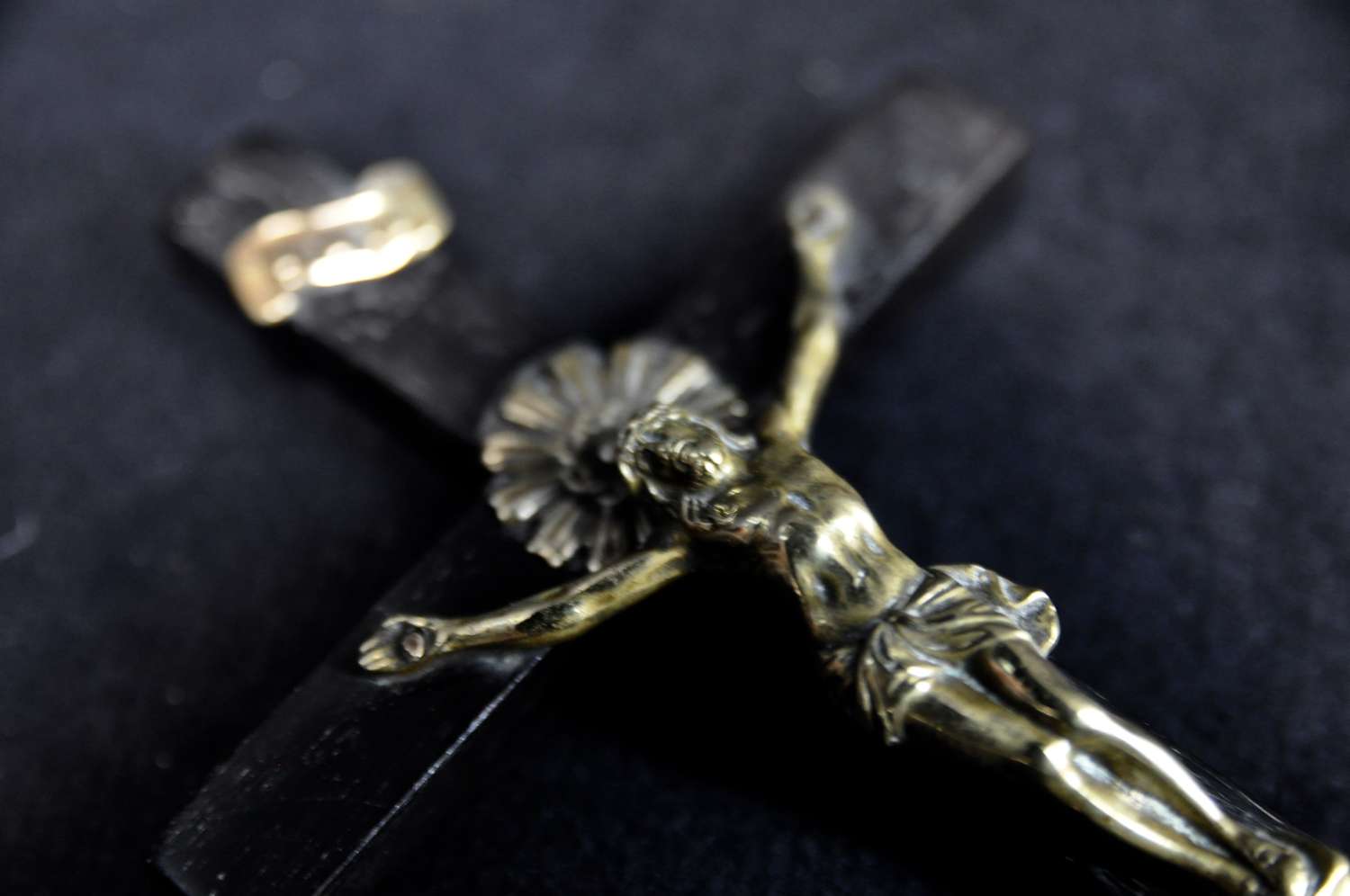 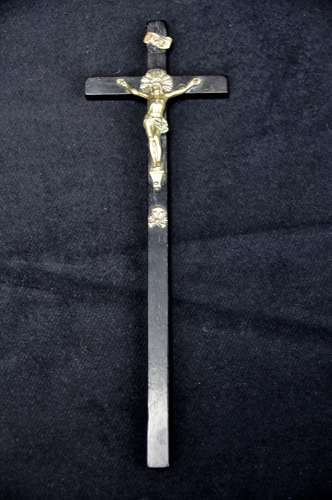 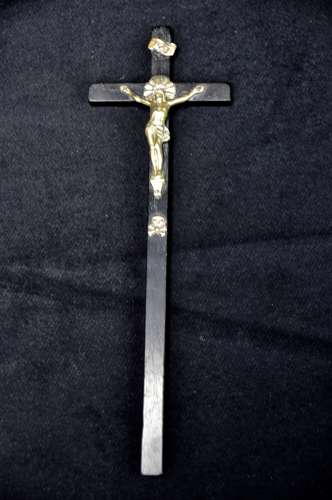 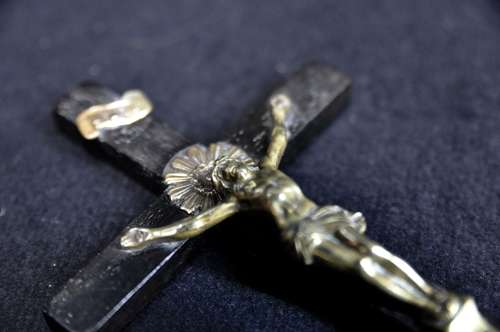 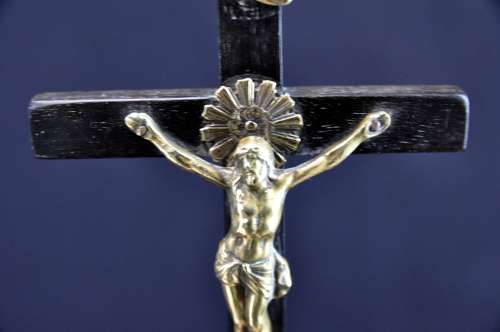 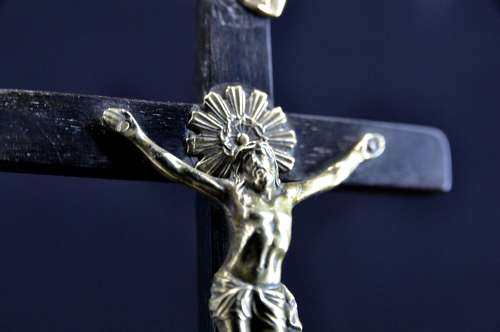 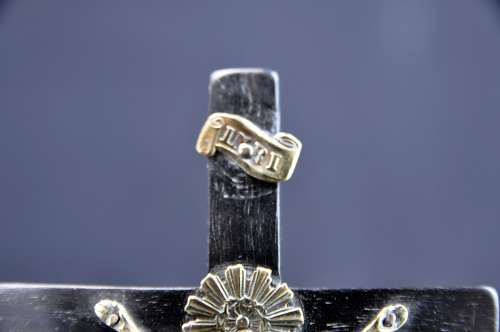 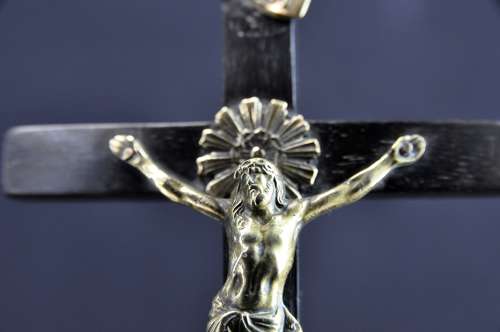 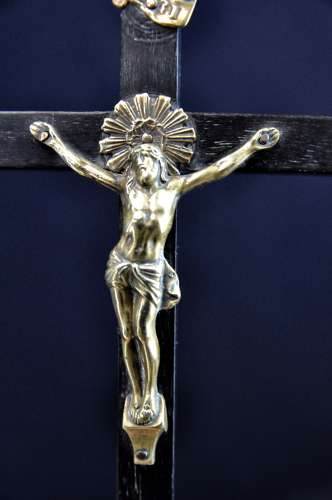 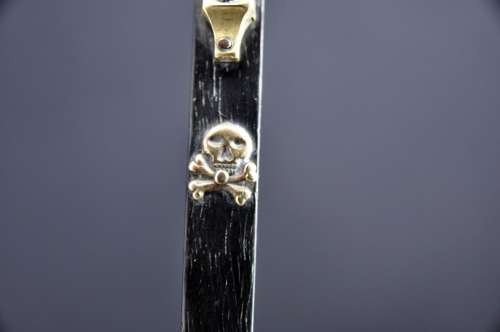 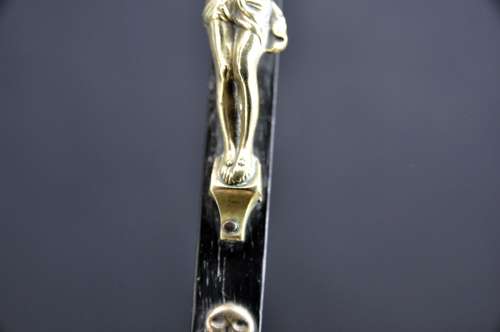 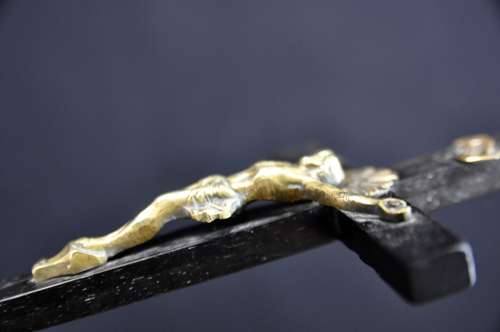 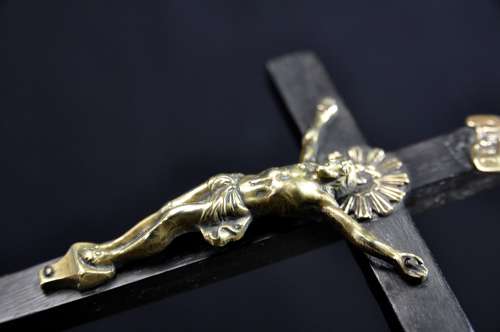 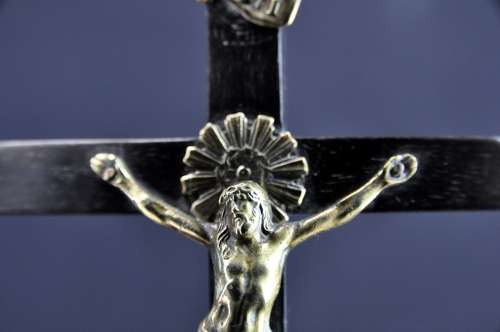 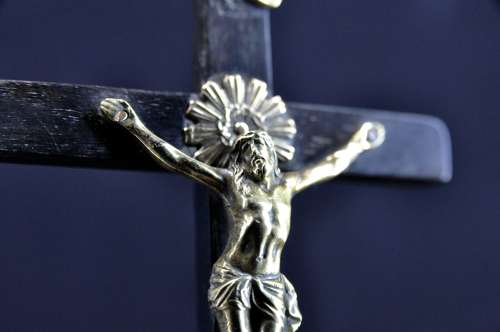 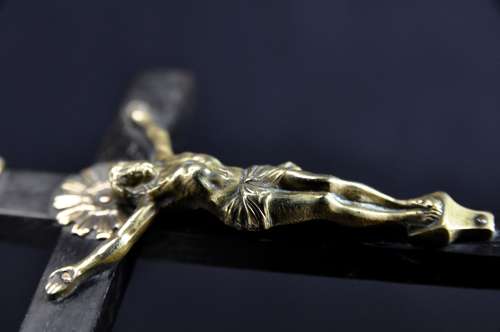 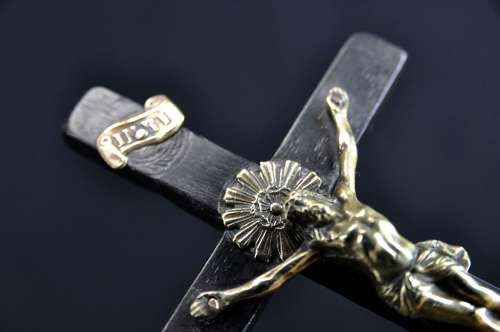 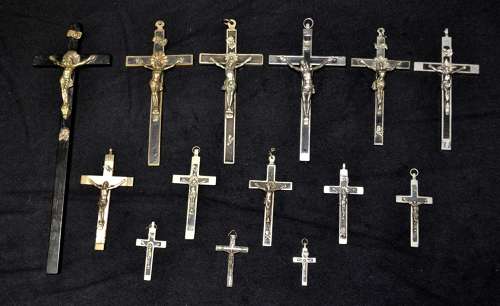 We went to an Antique Dealers' Market in Nice, France, in search of unusual religious items and we were hugely impressed when we saw this: an elegantly shaped French Mourning / Death Cross. Made from ebonised wood and bronze, the cross is meant to be laid down on to of the coffin - so has no hanging loop. This crucifix was made in the South of France in the second half of the 180th century or very beginning of the Twentieth Century no later than 1910.

Long and slim, the ebonised crucifix in a very simple style, is just over 10.25" long, or 26cm by 3.25" or 8.5cm wide. The Corpus Christi or Body of Christ is made from solid bronze, as is the Skull and Crossed Bones, the INRI plaque and the Halo behind the head of Christ, which is represented as a burst of rays of light. All of the bronze pieces are attached to the wood with tiny bronze pins. The depth of the crucifix including the Body of Christ, is no more than 0.75" or 2cm.

Without packaging the Crucifix weighs under 100 g rams.

This is an antique Coffin Crucifix, sometimes known as a Death or Mourning Crucifix, in very good condition; there are only slight signs of age, such as some light scuffs to the back of the cross and an indentation where the INRI plaque has moved around on the pin. A very stylish item in extremely good Antique Condition.

Your purchase will be carefully packed in recycled wrappings where possible and despatched by An Post or Courier Service.