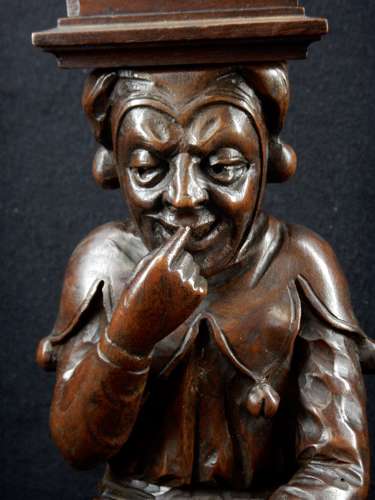 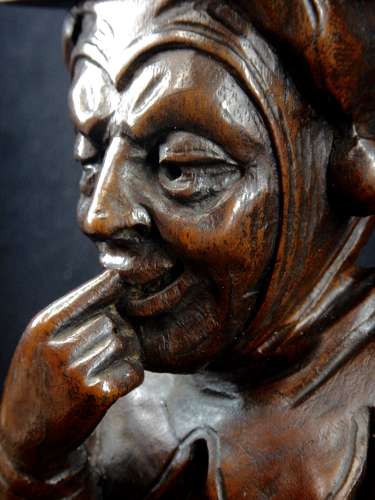 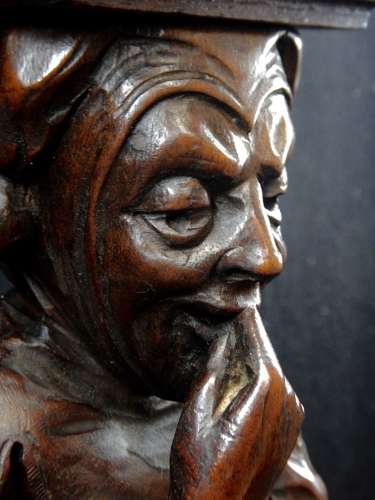 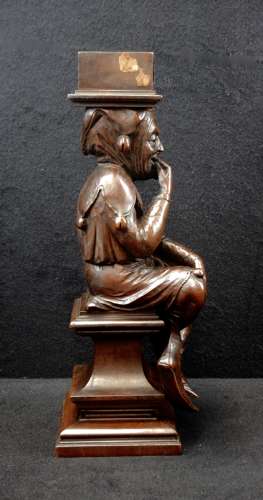 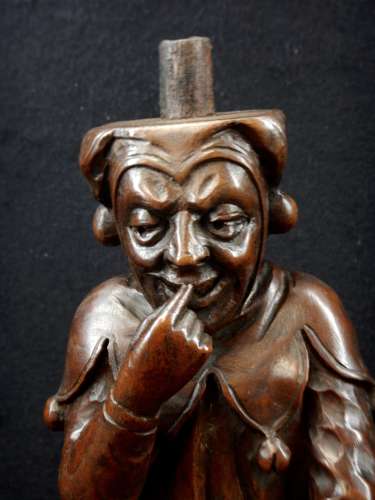 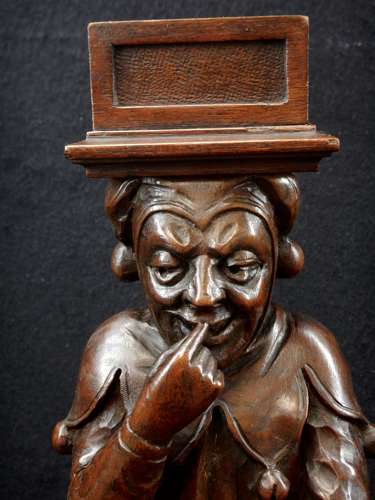 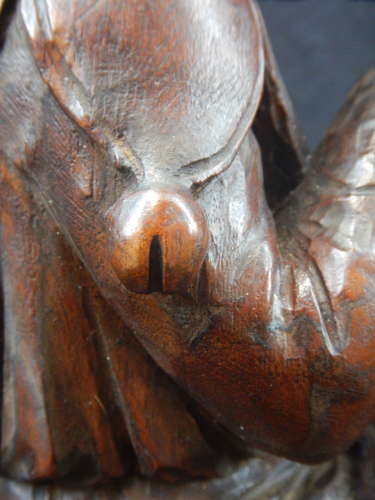 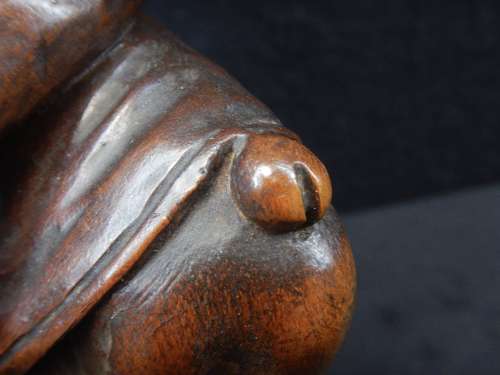 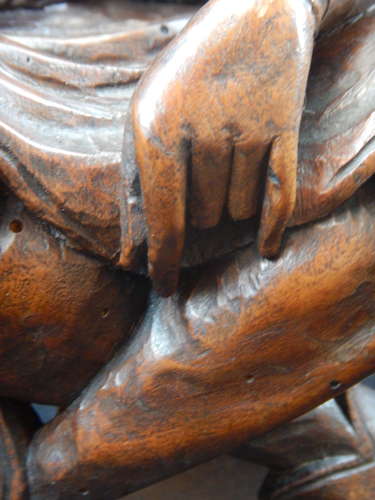 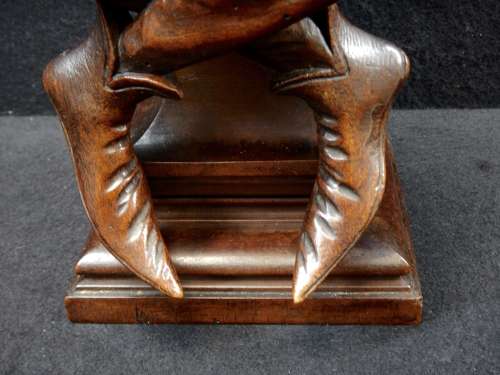 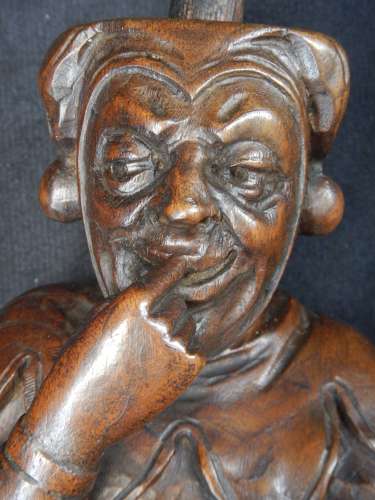 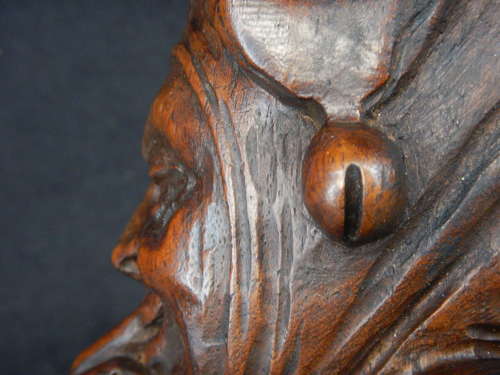 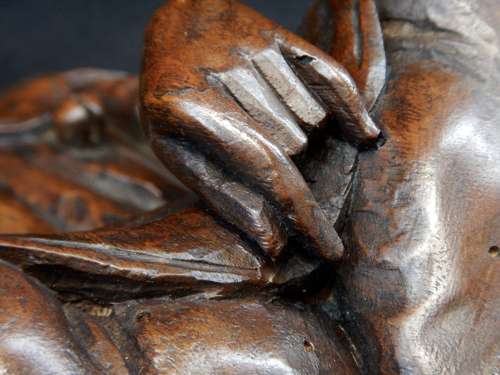 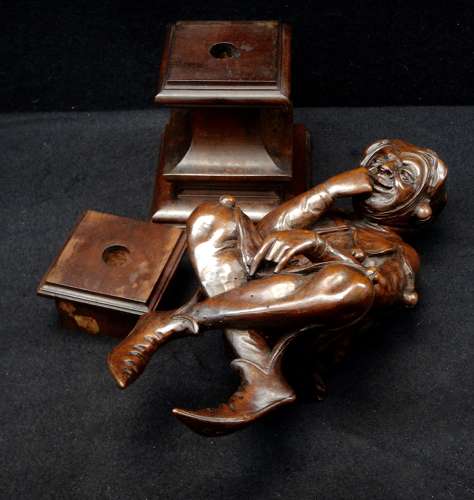 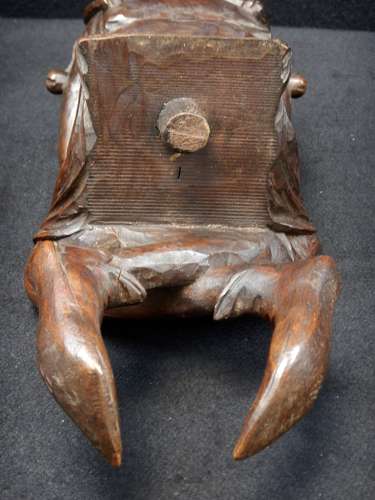 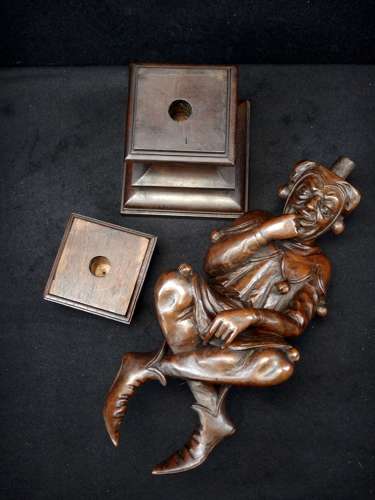 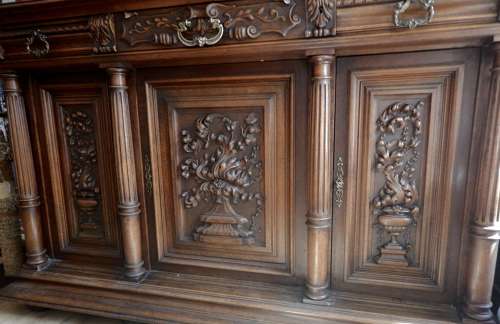 This adorable, cheeky chap is from middle of the 1800s - the mid nineteenth century. He was lounging (yes, lounging) in the drawer of a cabinet, a French "Buffet" we use at home - the one in the last photo. He must have been one of a pair holding up the top half of the unit that was not included when we purchased it. It was a great surprise to see his lovely little face string up at us when we looked in the drawer - and we realised then why we had paid such a high price for the buffet.

He came from France and is carved from solid walnut wood, in three pieces: the base, the body and the top. Figures such as this were often used in French Renaissance Style furniture, as pillars to hold a shelf, or cupboard, similar to the Caryatids and Atlantes used in architecture of that same period.

Made entirely from French Walnut, the Jester has lovely details to his carving and a great patina gained over the years from love and polish. On his head instead of a the top of his hat, there is a square box, that can be used as a support or a for little shelf. The body is carved with some fine detail and is very smooth through years of polishing; both his hat and cape have a bell hanging from each point and he sits with his legs crossed and his long boots curled up at the toes. The look on his face is priceless - you can see that he is clearly imagining what mischief he can get up to next as he is trying to hide his smile.

The base is also smoothly carved and sits on a sturdy wooden square form that has been developed over many hours by a craftsman using moulding planes. He has had a little worm, which has been treated and is now completely inactive. He is aged between 160 and 200 years old and in superb condition. He stands on the base, with his top, at 15.5" or just over 39cm. Without packaging, he weighs 1.55kgs. A true antique with a bit humour, who wouldn't love him.

Your purchase will be carefully packed in recycled wrapping where possible and despatched via 'AnPost', the from our home on the wild Atlantic way here in Ireland.
THE PRICE INCLUDES TRACKED SHIPPING.