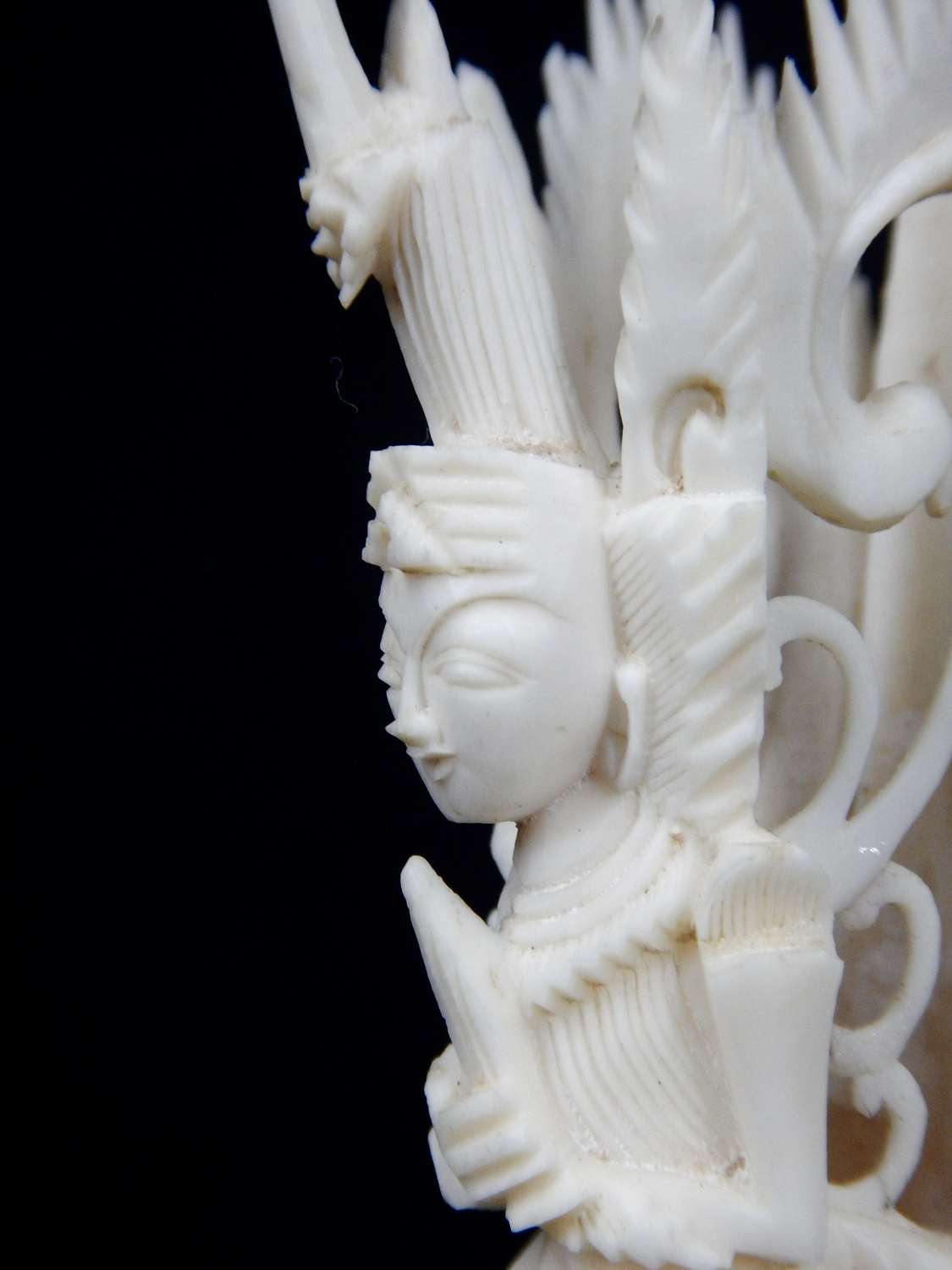 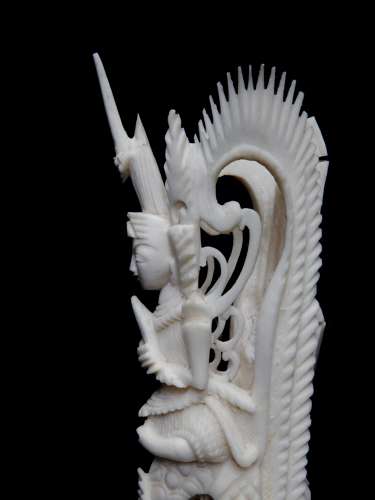 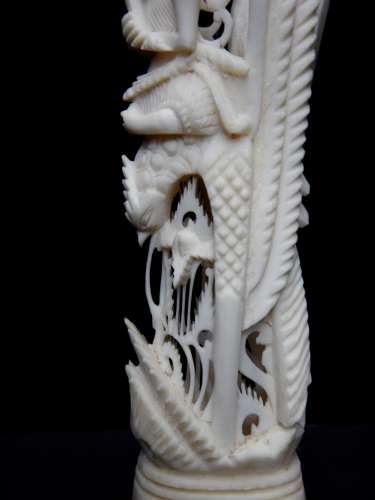 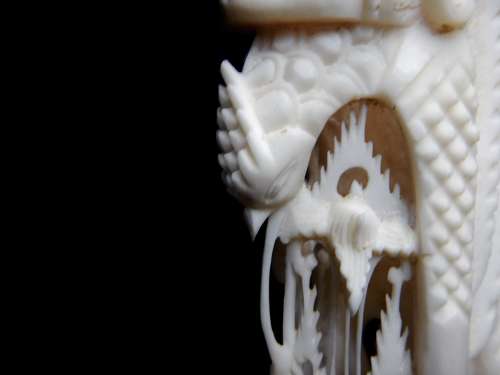 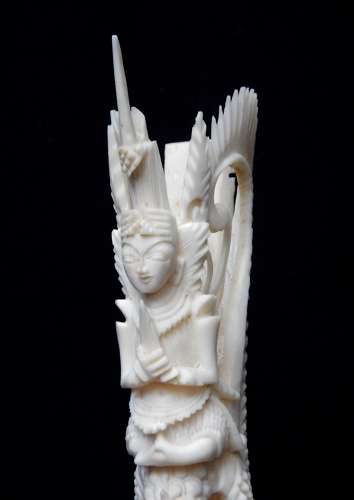 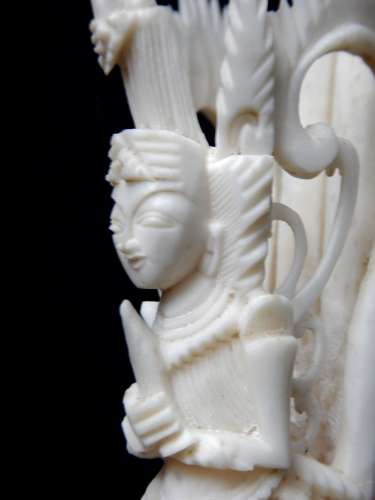 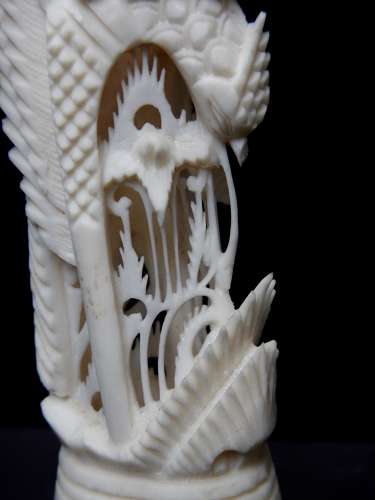 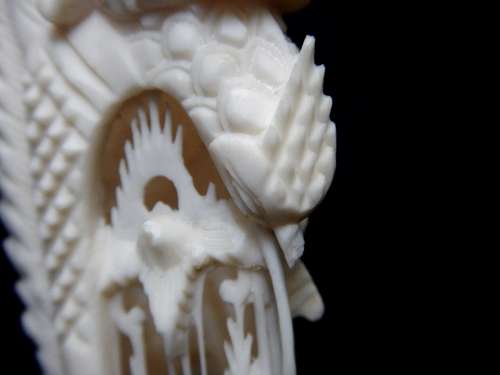 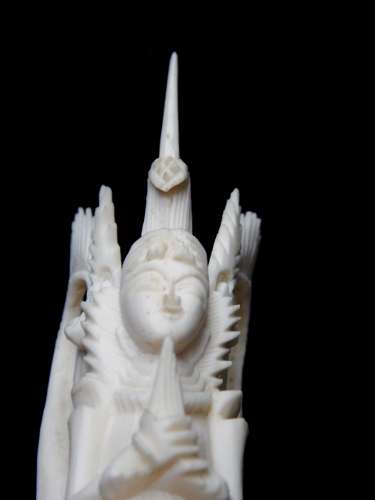 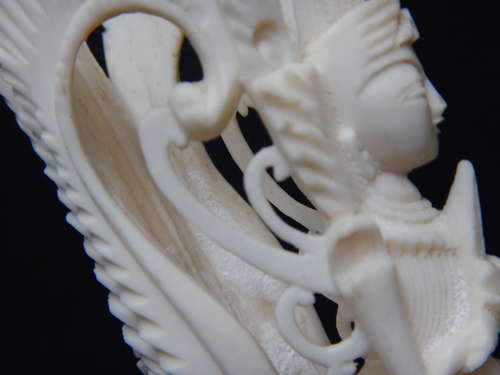 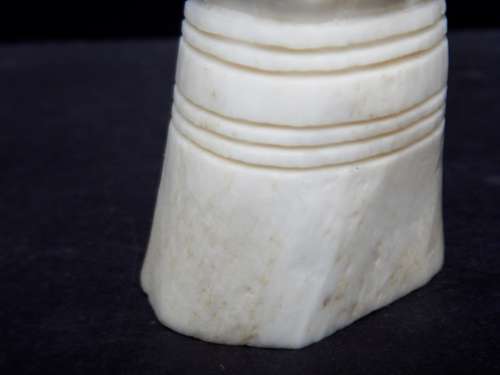 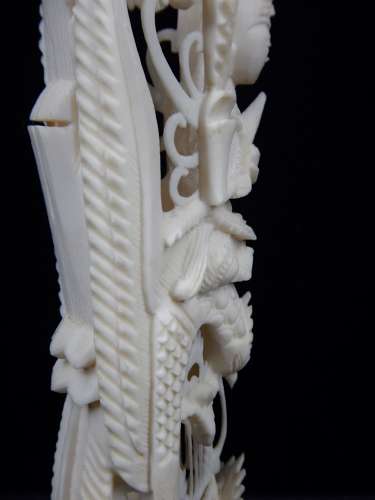 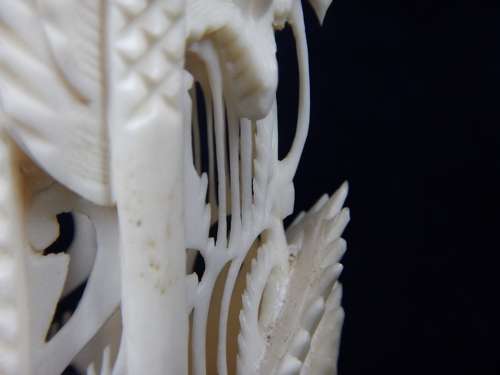 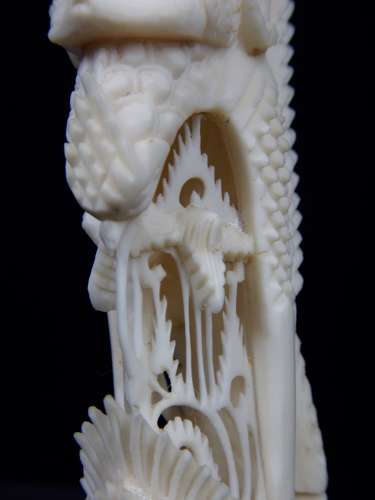 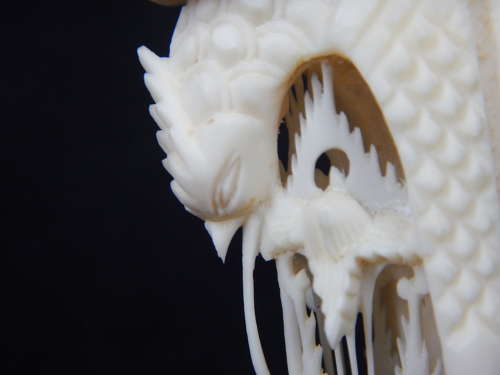 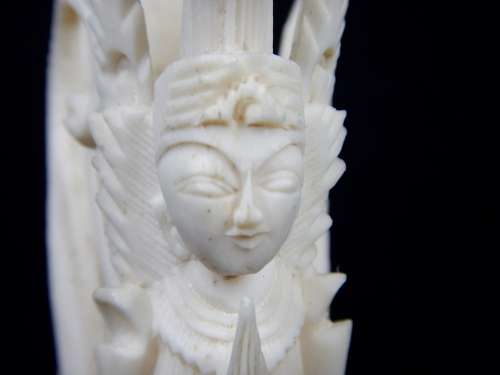 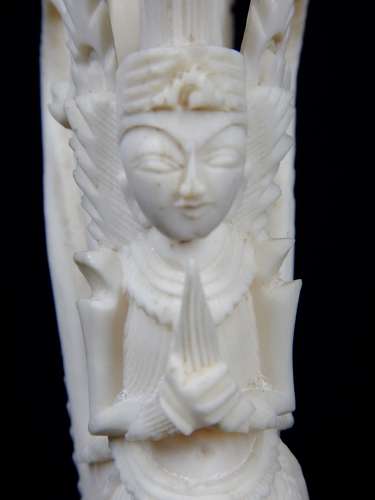 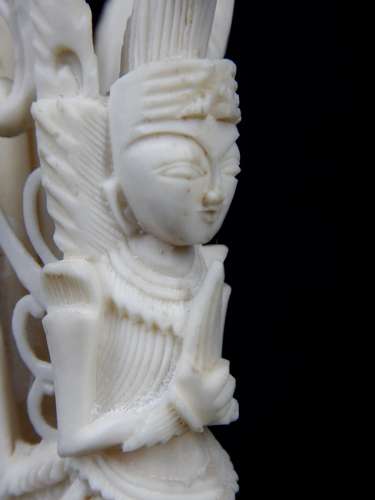 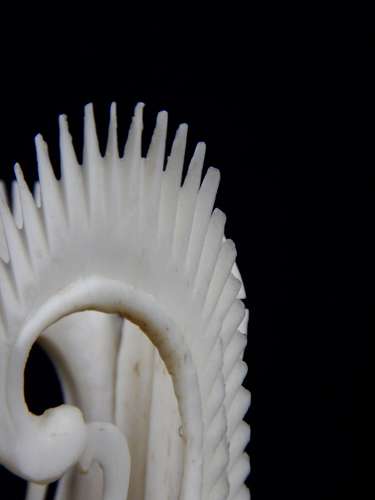 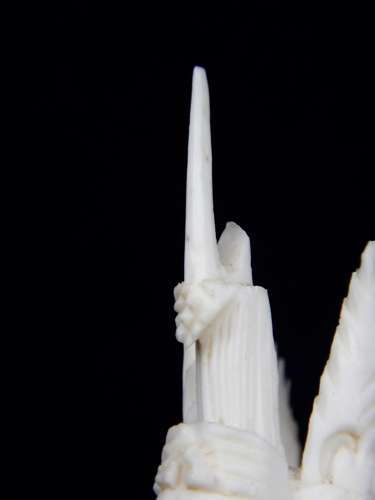 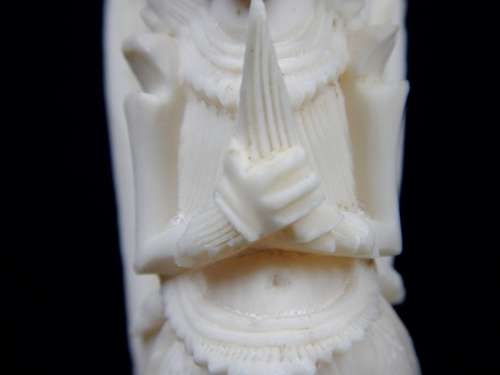 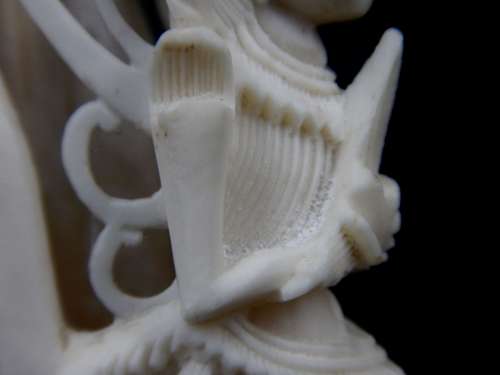 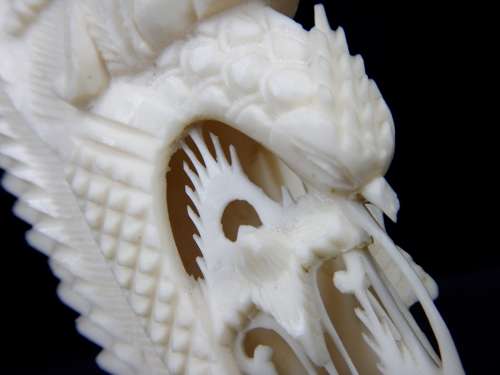 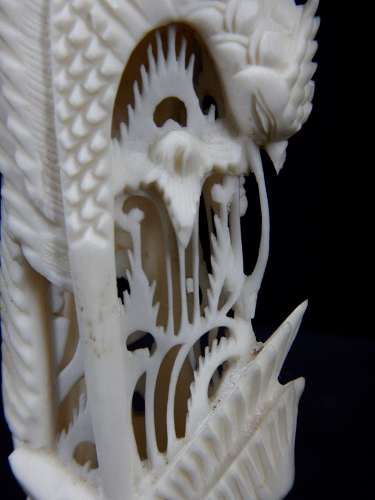 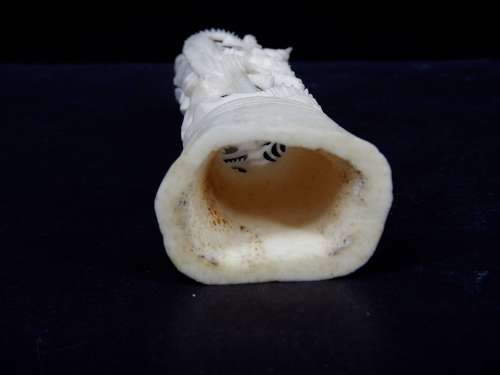 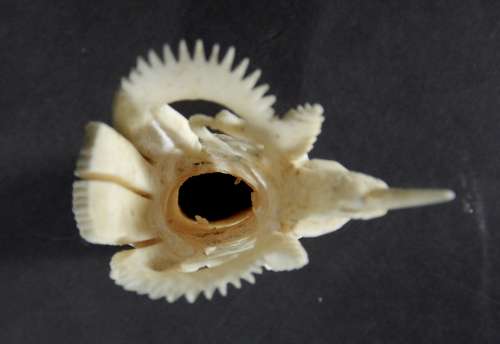 Balinese Diety Garuda - SO RARE Exceptional, intricately carved Bone Statuette or Icon: One of the Four Dignities of the Windhorse - RG102

This is an extremely rare carved statue - from the 1940s, entirely in bone and very intricately created by hand : Garuda, the Balinese deity who is part human and part bird. He is revered in many religions and is also one of the four dignities associated with the wind horse. In this context, the Garuda represents the fire element, and it is said to to symbolise hope and freedom from fears. The Garuda is a mythical semi-divine creature that is the enemy of the nagas, serpents. He is a mythical bird-like creature which features in both Buddhist and Hindu lore. He is a deity of protection, an icon, an amulet.

The figure is carved from a a single piece of bone; the carving is extremely detailed and finely intricate, showing Garuda poised over an eagle. The stylised wings of the eagle stretch up behind Garuda, who sits serenely above him. Below the eagle is some beautifully carved detail, some no thicker than 1mm. This was part of a private collection that has been kept out of sunlight and has had minimal handling. Being of natural material, the statue leans slightly from the way the bone was originally grown and cut.

Your purchase will be very carefully packaged with recycled materials where possible and despatched via the Irish An Post postal service. THE PRICE INCLUDES TRACKED SHIPPING.