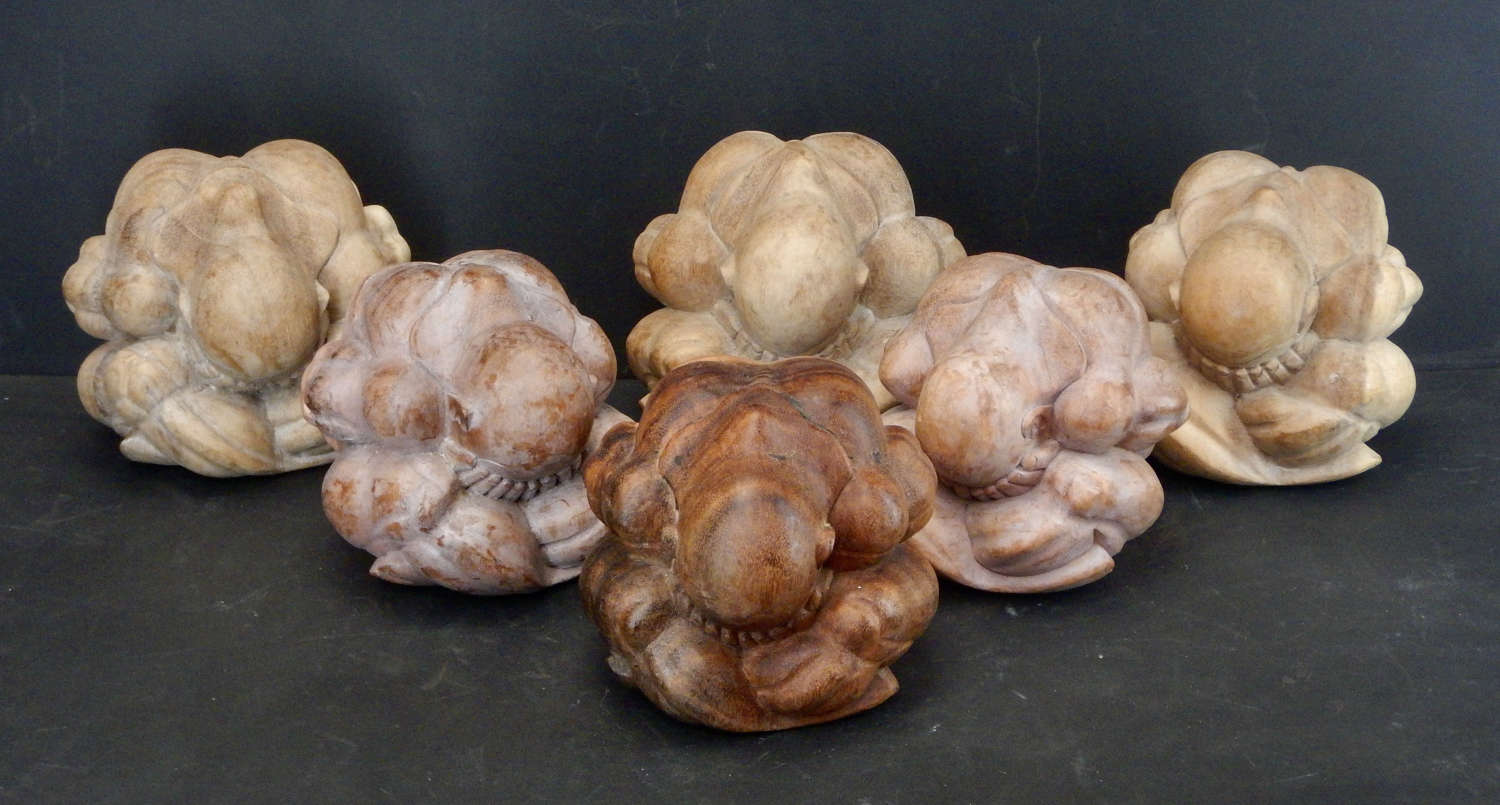 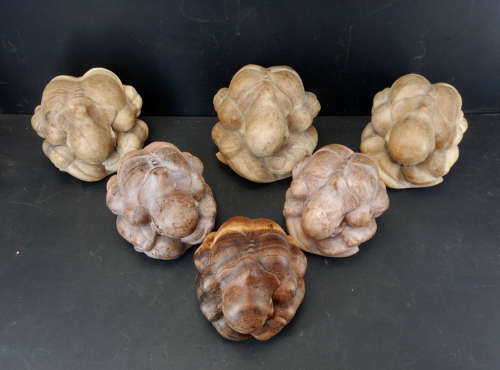 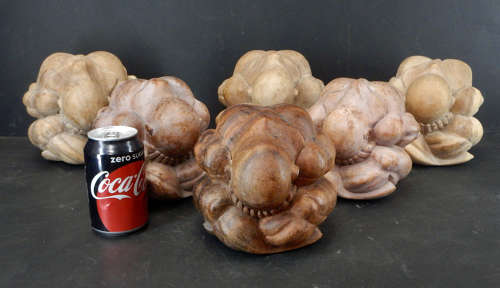 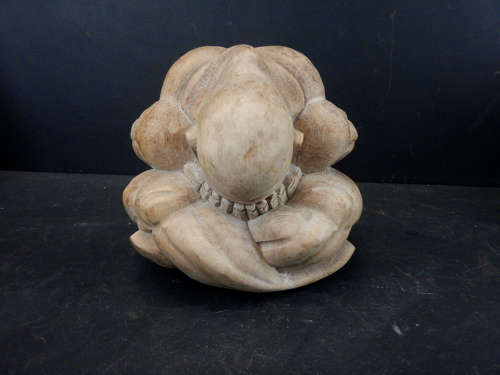 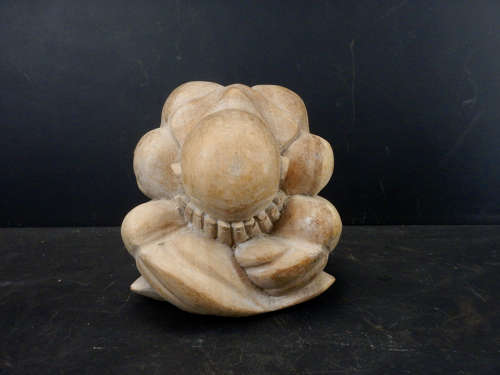 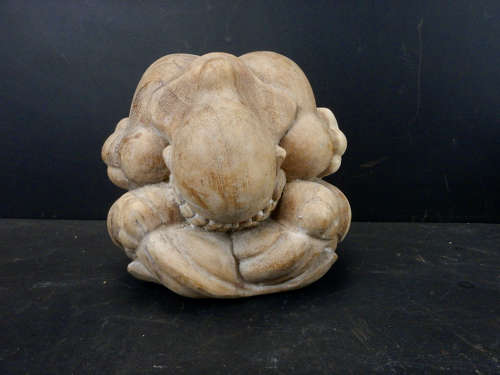 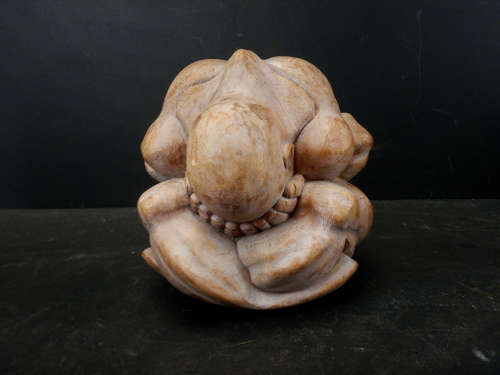 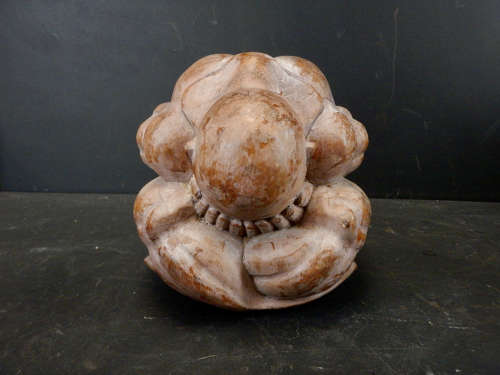 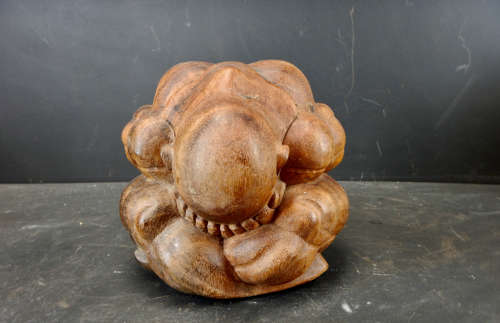 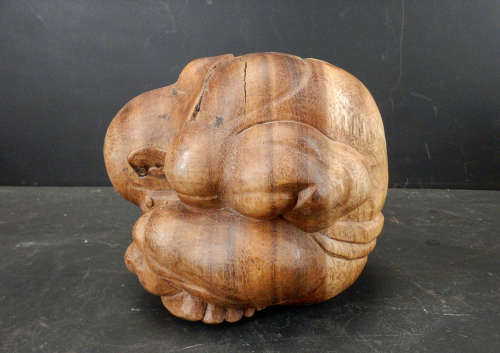 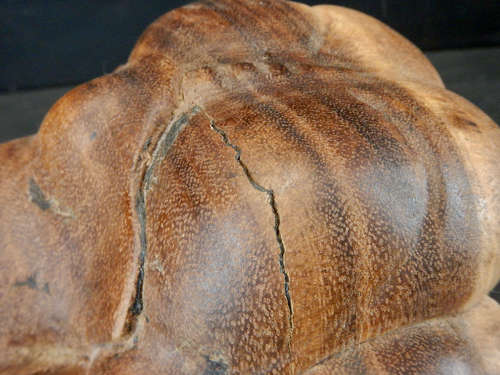 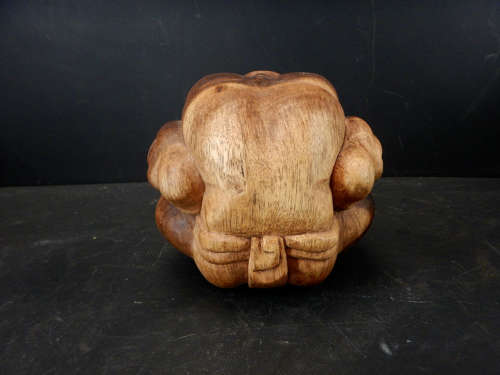 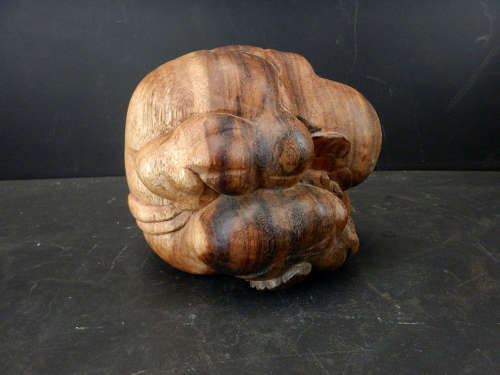 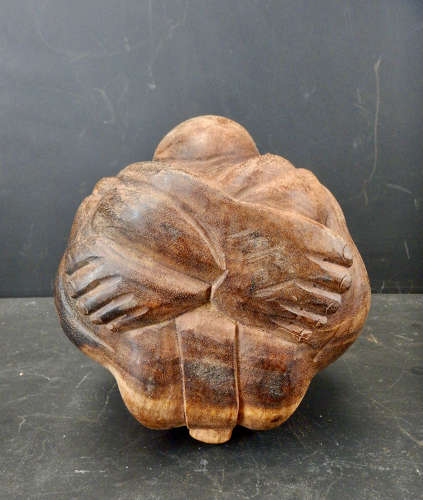 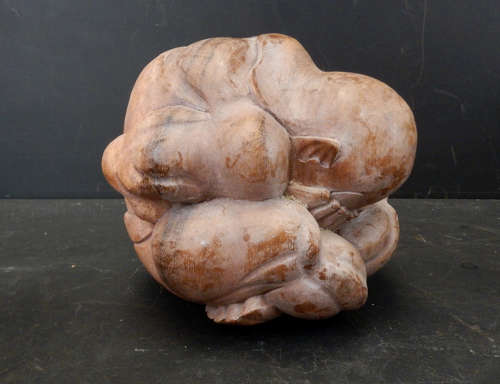 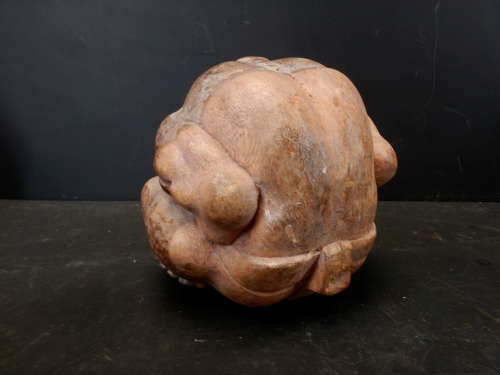 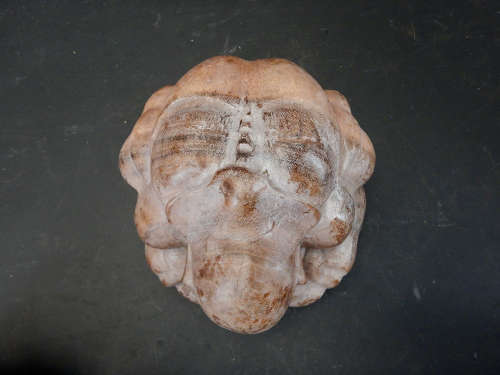 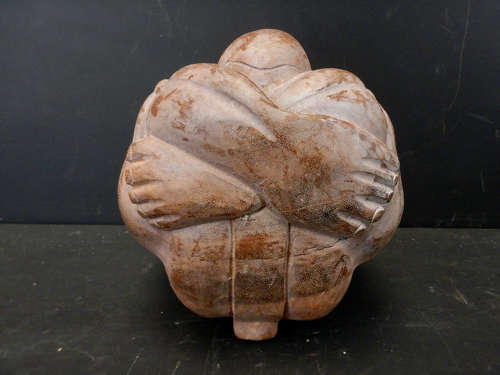 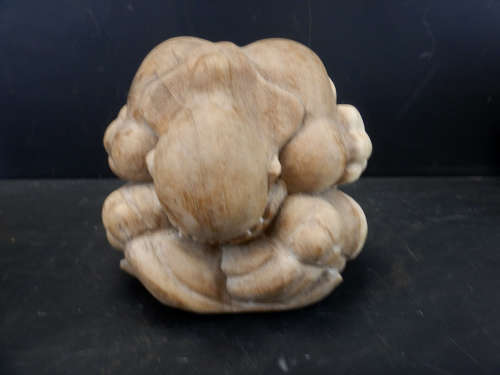 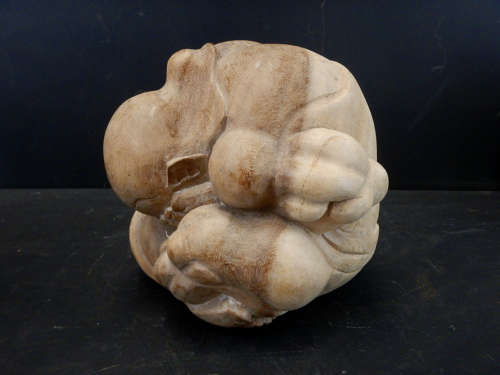 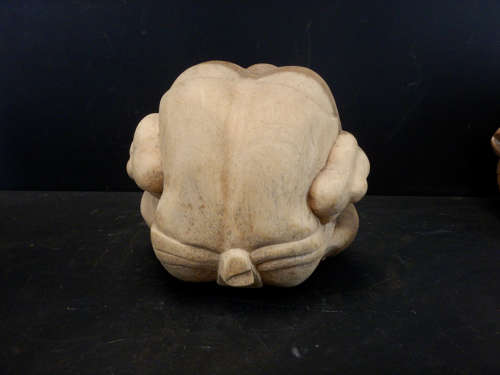 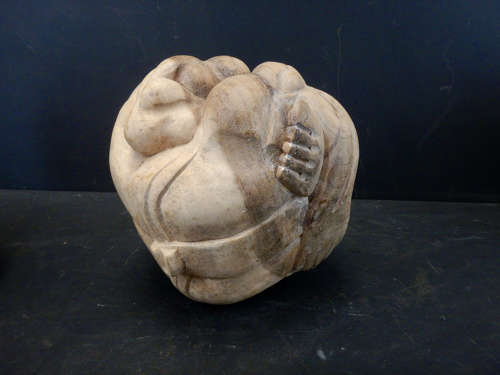 We have been lucky fo find six of these of around the same size, they are price indevidualy.

Carved wooden figure of a man in a loin cloth sitting cross-legged and holding his head in his hands. This design is known as the 'Weeping Buddha'. Otherwise known as Orang Malu - Yogiman - Buddha - The shy/modest man.
Probably made in Bali from Satinwood or a similar timber. These pieces are normally carved by the apprentices to master carvers - as they are 'fairly' simple to carve, with the fingers in line and feet curled underneath.

We all know the story of Siddharta Gautama. He was a prince who saw the troubles of the world, and instead of sheltering himself behind the walls of his kingdom, left behind all that he knew to seek the truth of the universe. But did you know that there are hundreds of tales about the Buddha before and after this. The tales range from his past lives to his road of trials. The story of the weeping Buddha takes place in a past life.

The tale of the weeping Buddha has been around for centuries and goes like this. The Warrior Buddha, with campaigns left to wage, left his home for many years. He left his son behind. When he came back, years later, another battle was waging against an adversary at home. Buddha Buddha wore a mask and the other warrior wore a mask. Neither warrior ever got the best of the other. After facing each other on numerous occasions, the Buddha finally killed the other in battle. After the victorious warrior removed the mask of his now deceased opponent, he realized he had just killed his long lost son. It was then that the warrior Buddha became the weeping Buddha and renounced violence. He proclaimed the virtues of helping the young, sick, and old; that compassion is the highest of all virtues.

STORY BEHIND THE WEEPING BUDDHA STATUE

The statue of the Weeping Buddha displays Buddha in a Bent over position, covering his face with his both hands.
Behind this statue, there is an ancient legend about the two warriors who fought with each other in many battles.
In one such war, both were fighting and neither of them was losing the battle.
As an aggression continued, the older warrior losing his wits killed the younger warrior.
When he removed the mask of the Dead warrior, he was presented with the face of his son.
The grief and pain of killing his son was complete torment and misery to the father, and forced him to the ground.
Crying in agony, the father buried his face in his hands, realising what he had done.

THE  SYMBOLISM OF WEEPING BUDDHA

The symbol of Weeping Buddha symbolises that Buddha is crying for the suffering of the World and his angst for the persistent sorrow in our lives.
Rubbing this Buddha statue’s back gives peace and strength. They are believed to take away your pain and be a source of happiness and joy in our lives.
Holding his head in his hands, the statue signifies to share your feelings and grief with him.
Weeping Buddha is a sculpture representing a sense of introspection of one’s self, one's own mind.
Not physical introspection, it is the mental analysis of our true being.
Another Symbolism of Weeping Buddha is for a Shy Yogi, who assumed this “weeping” position as the best pose to awaken the third mystical eye.

WHY TO KEEP WEEPING BUDDHA AT HOME?

It is believed that weeping Buddha takes away trouble that’s inside your mind, heals all the pain and grief buried down, and gives you strength to live a happy and loving life.
He is also believed to bestow peace and love in our lives.

These really are wonderful tactile items - great to hold and feel their form, whilst meditating.

Your purchase will be carefully wrapped in recycled packaging where possible, and despatched via An Post.