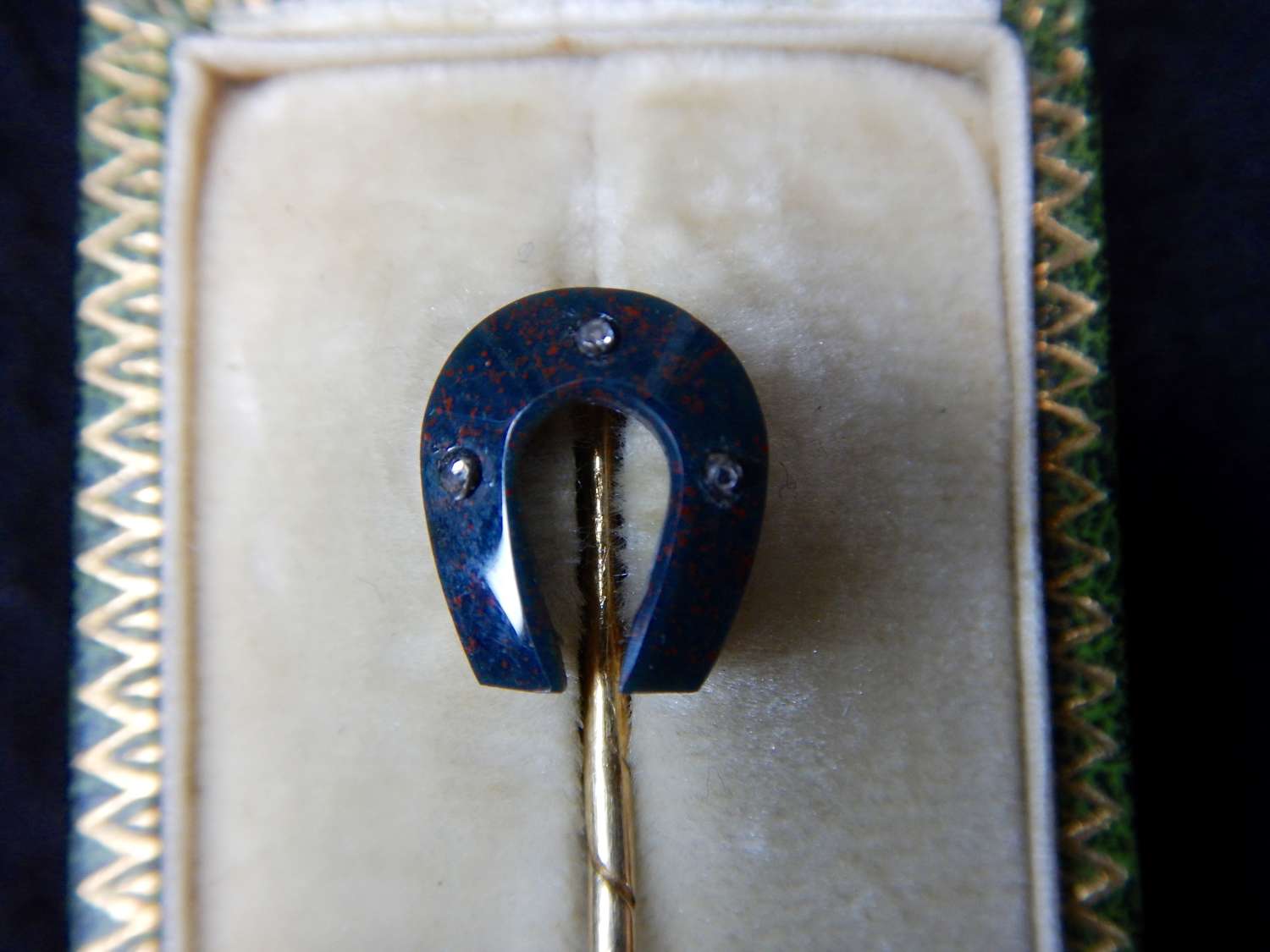 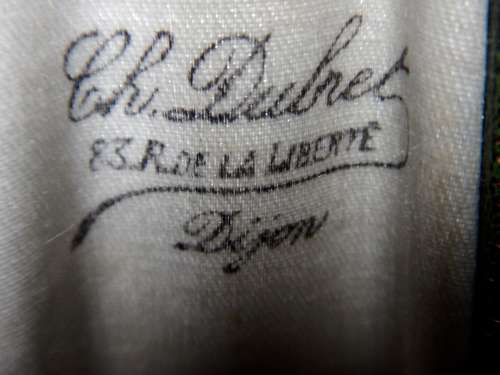 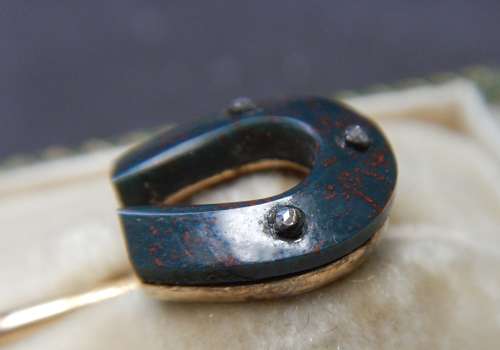 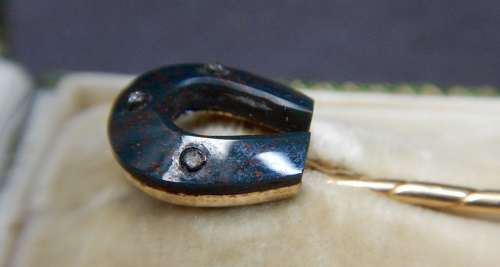 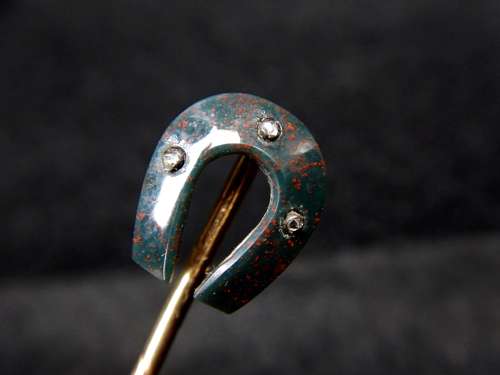 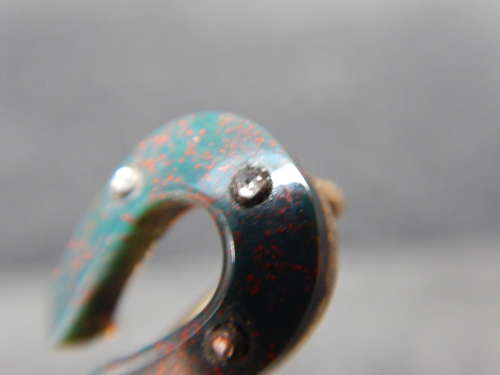 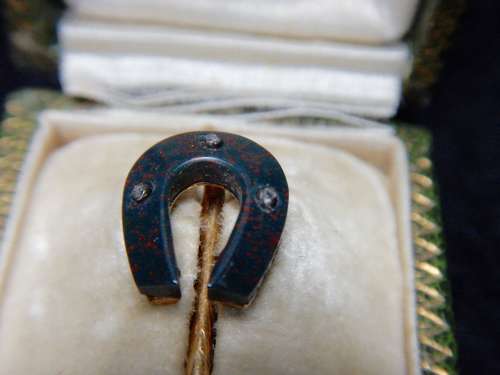 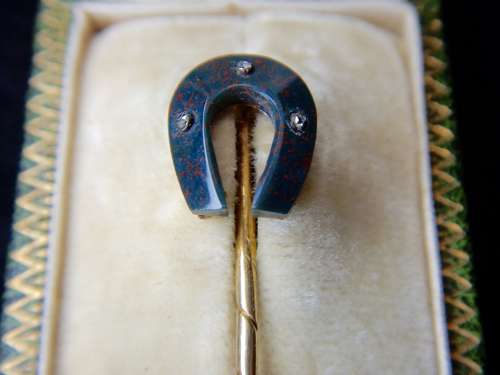 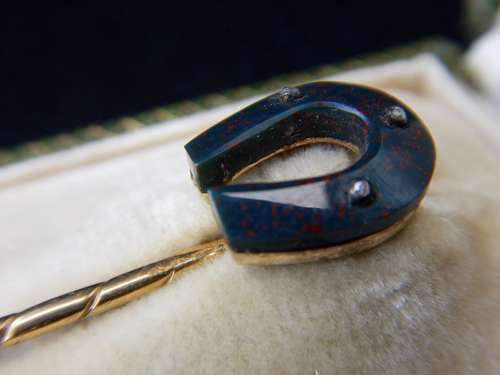 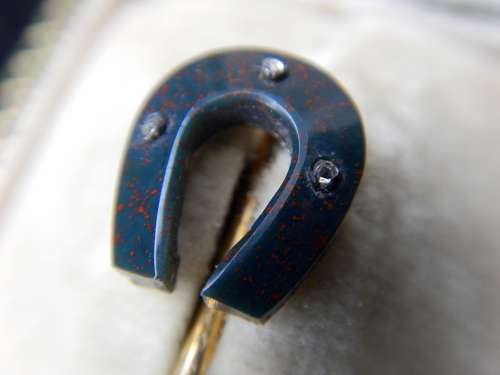 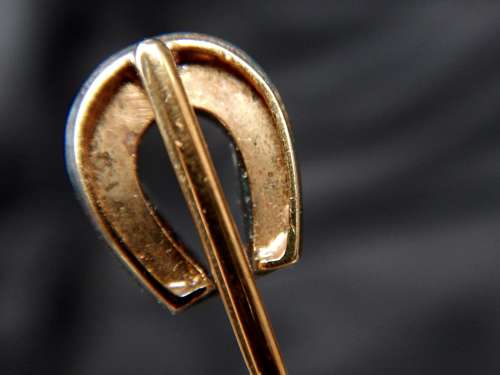 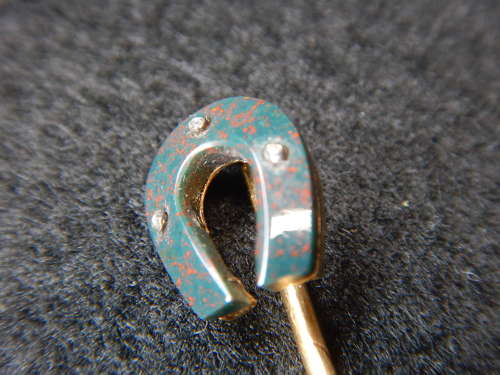 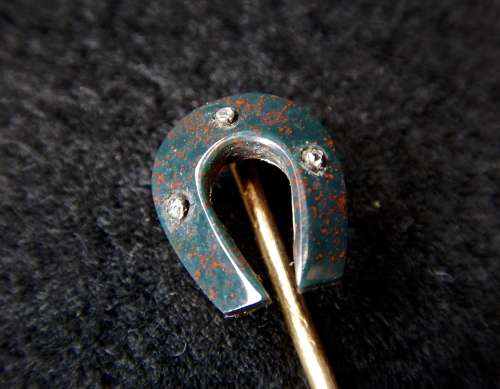 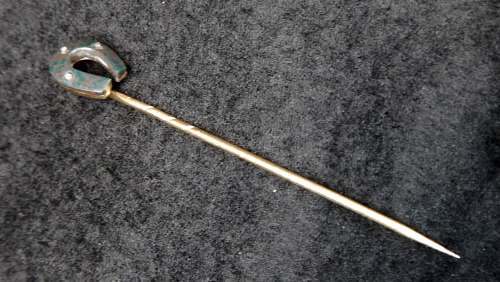 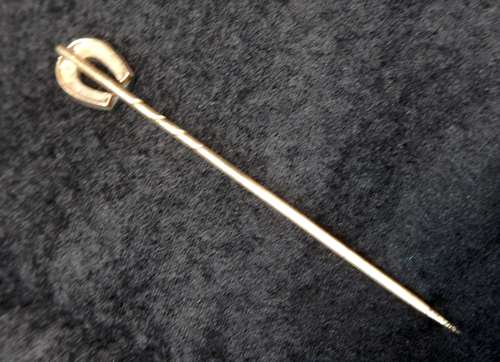 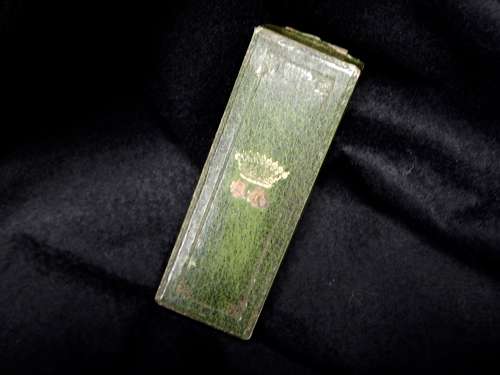 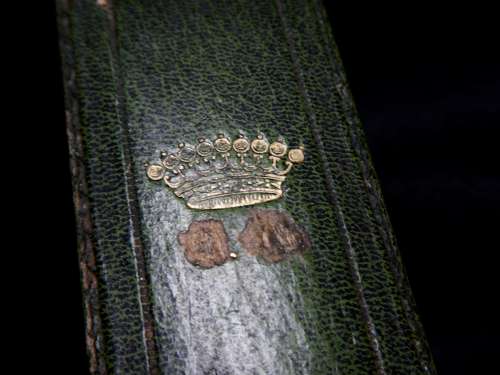 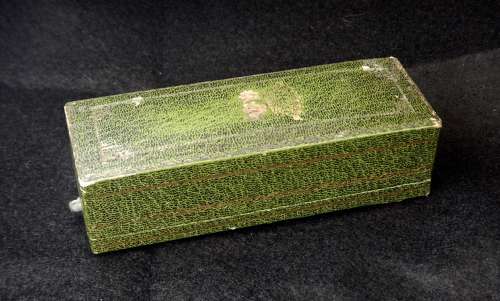 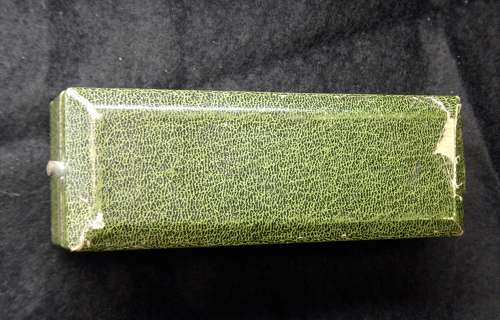 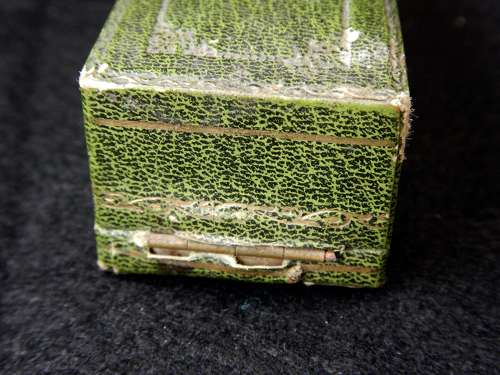 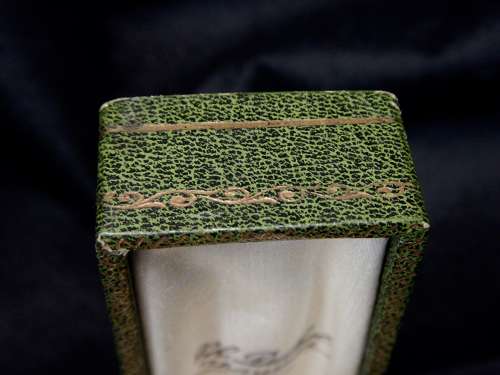 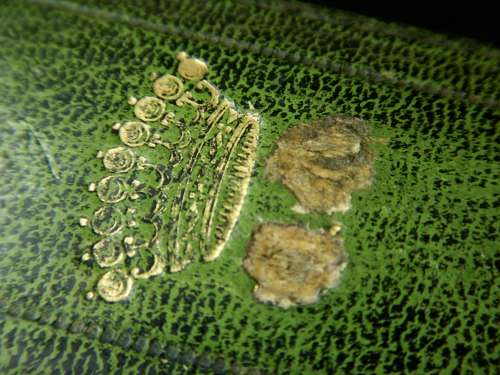 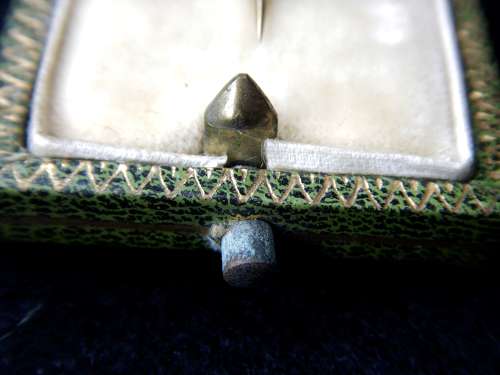 A French Antique gift of a lapel pin could not get much luckier than this one; at first glance it is an inverted black stone horse shoe on a golden pin. However on close inspection, the stone is not black - it is very dark green, splashed with red - Bloodstone, Blood Jasper or Heliotrope. Also known as 'The Mother Goddess Stone", the Bloodstone is associated with Blood at the foot of the Crucifixion of Christ and also the Isis, Horus and the Black madonna images. From the earliest times, the Bloodstone has believed to have magical powers, ranging from the power to stop bleeding, make you invisible, defeat your enemies, give courage. The bloodstone also fights evil and prevents jealousy. It boosts your spirit and adds longevity. It eases a broken heart and brings good fortune. Whenever the stone becomes blood red in color, this signals to the wearer that there may be an upcoming danger. And up to this day, powdered bloodstone is used as aphrodisiac and traditional medicines in India.

Altogether, a rather special stone, but there is more. The horseshoe is always inverted in France; on the door, good luck pours from the open end of the horseshoe in to the house. On the wearer, it showers good luck. Now, this one is studded with diamond chips, representing the nails that would hold the shoe in place, and it is backed by French gold, with a little spiral engraved in the stem to keep it in place. Created and supplied by Charles Dubret of Dijon, a jeweller to the aristocracy in France, (1847-1930), the pin has the original silk and velvet lined box which originally had the owner's initials on the case but sadly these have been removed. This is a unique item that was most probably commissioned to be made by Dubret for the original recipient. The pin is in completely original condition; we have left it uncleaned as the Bloodstone in jewellery has a very delicate surface.