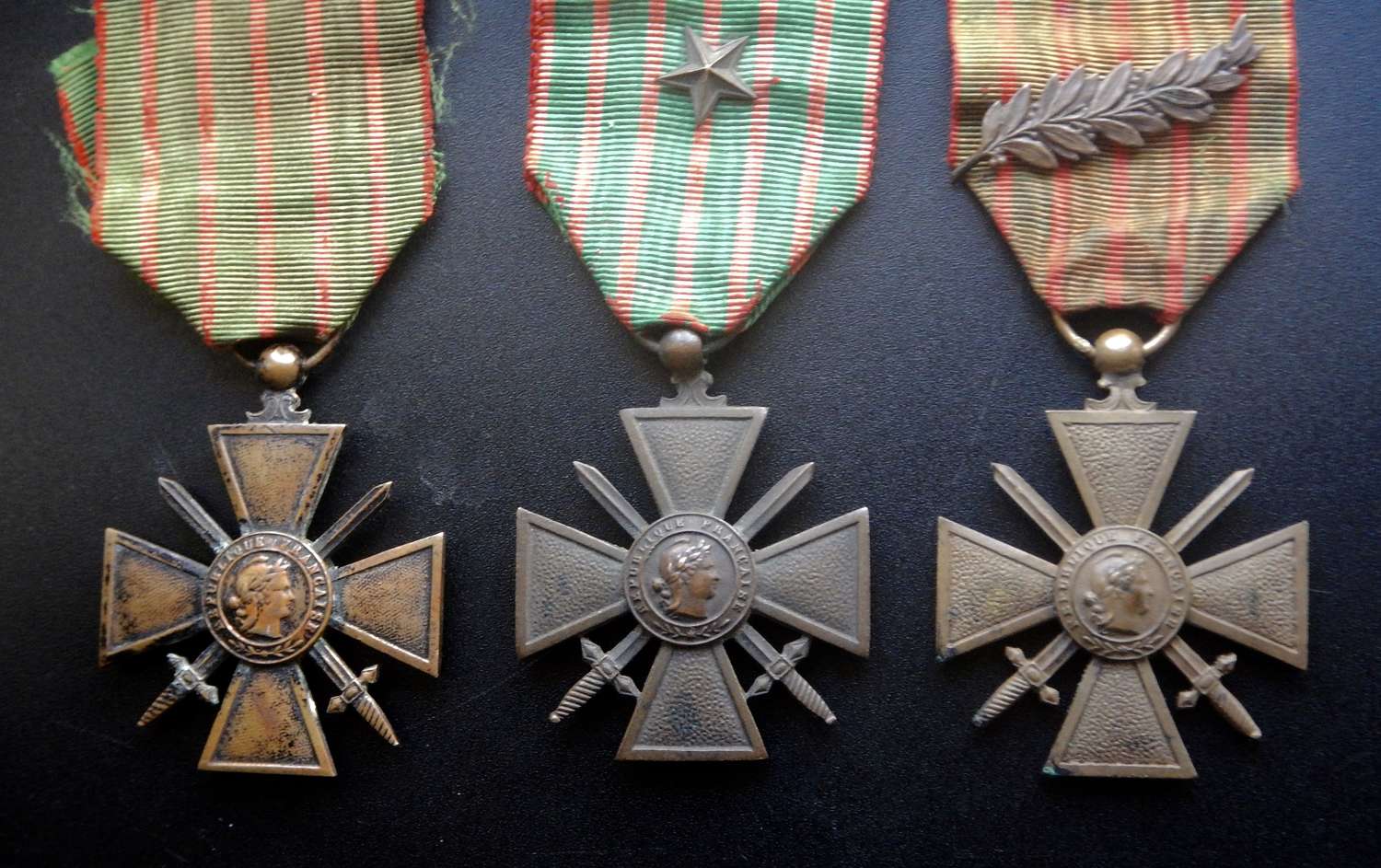 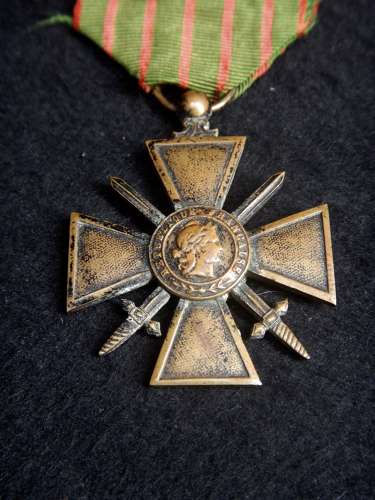 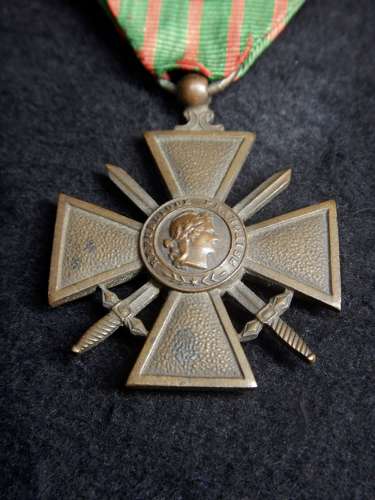 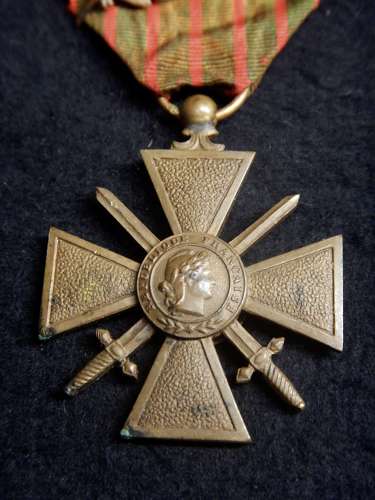 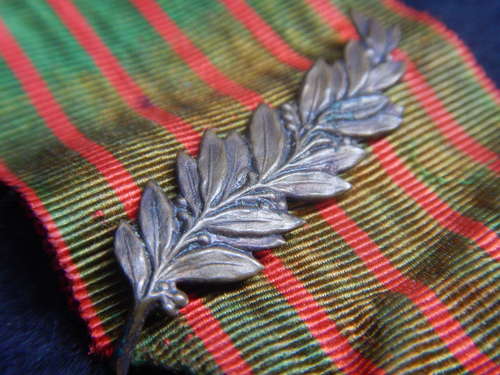 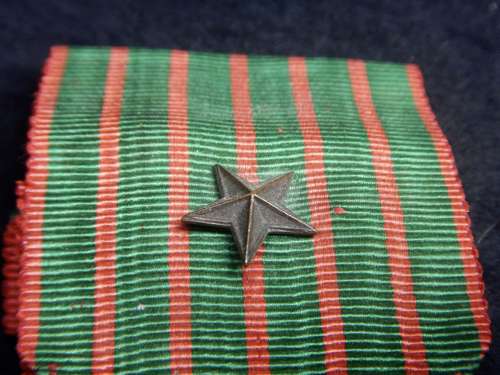 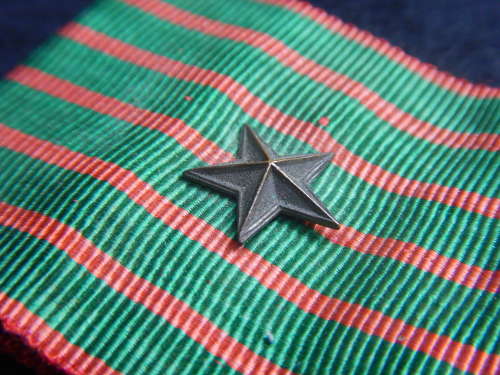 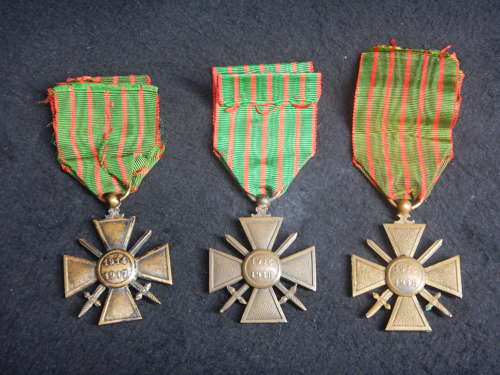 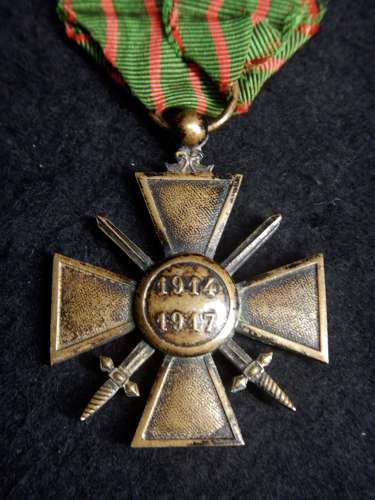 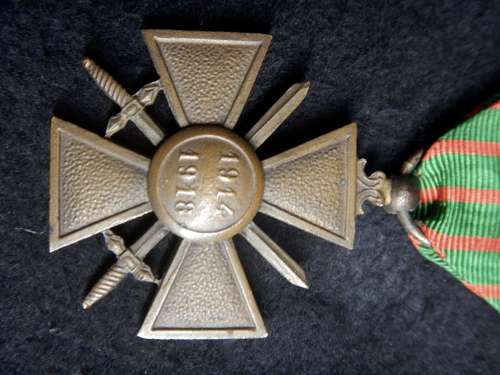 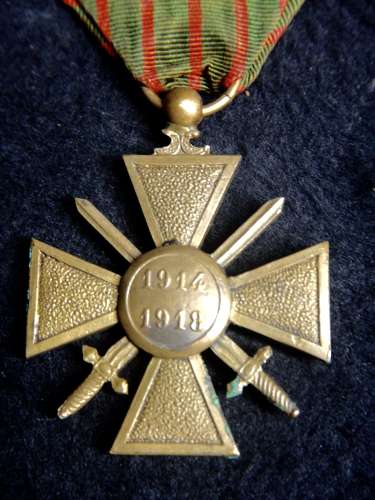 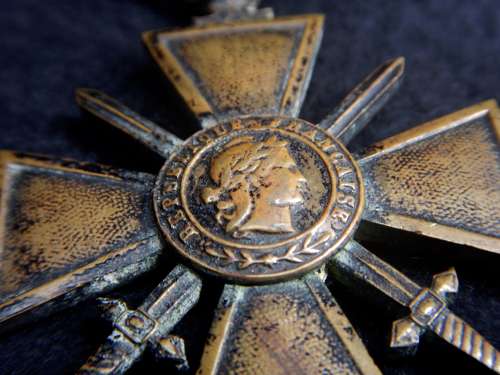 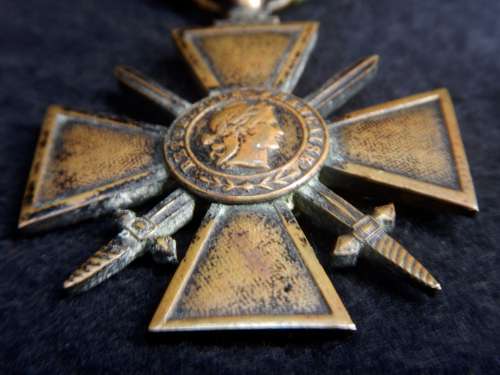 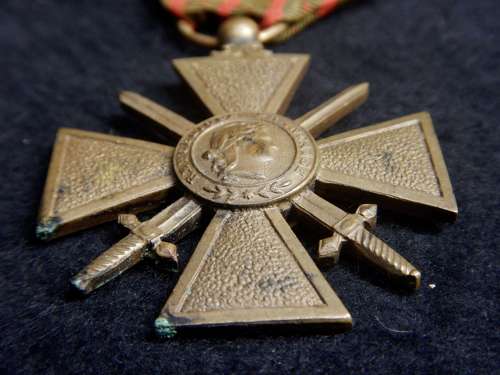 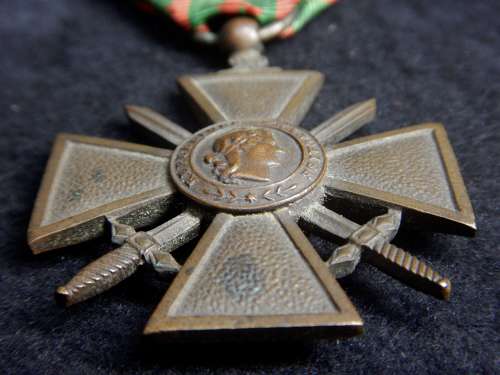 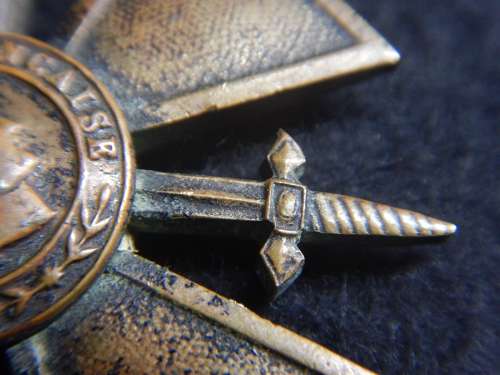 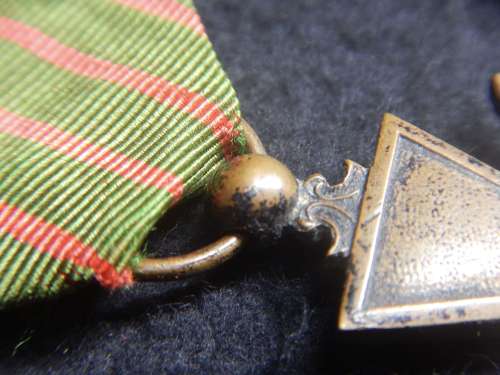 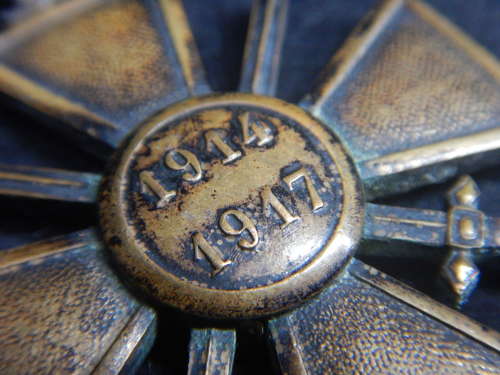 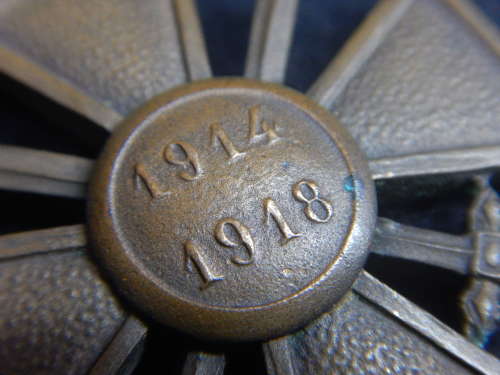 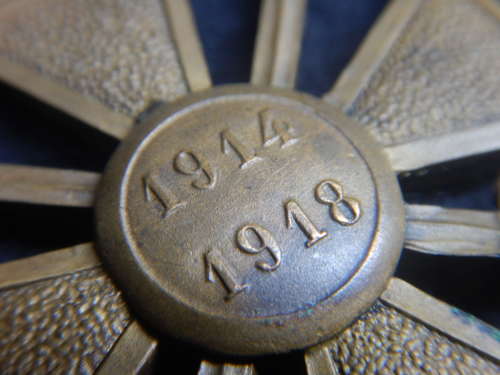 This is a group of three excellent examples of the French 'Croix de Guerre', the Military Cross that was awarded for acts of valor. This set includes two with ribbon devices: one with a bronze star, awarded when mentioned at Regiment level, and one with a bronze palm leaf which was awarded for citation at Army level. The ribbon devices indicate the level of importance or degree of the soldier's role during the action cited. Medals themselves are only issued once and any number of ribbon devices can then be added for acts of valour. The medal is formed of a bronze Florentine Croix or Cross Pattée, with two crossed swords pointing up between the arms.

This is the very first version of the Croix de Guerre, designed by French sculptor Paul-Albert Bartholomé, and it was issued for each of the years of the war following its adoption by Parliament in 1915: so 1915,1916, 1917 and 1918. Here, the plain ribboned medal is from 1917 and the two with devices date from 1918. The moiré ribbon is green and orange, the same ribbon was used for all the same medals. The one with the bronze palm shows more wear and fading than the other two.

Your purchase will be carefully packed in recycled wrapping where possible and despatched via 'AnPost', from Ireland.
*****THE PRICE IS FOR THE THREE AND INCLUDES TRACKED INTERNATIONAL SHIPPING.