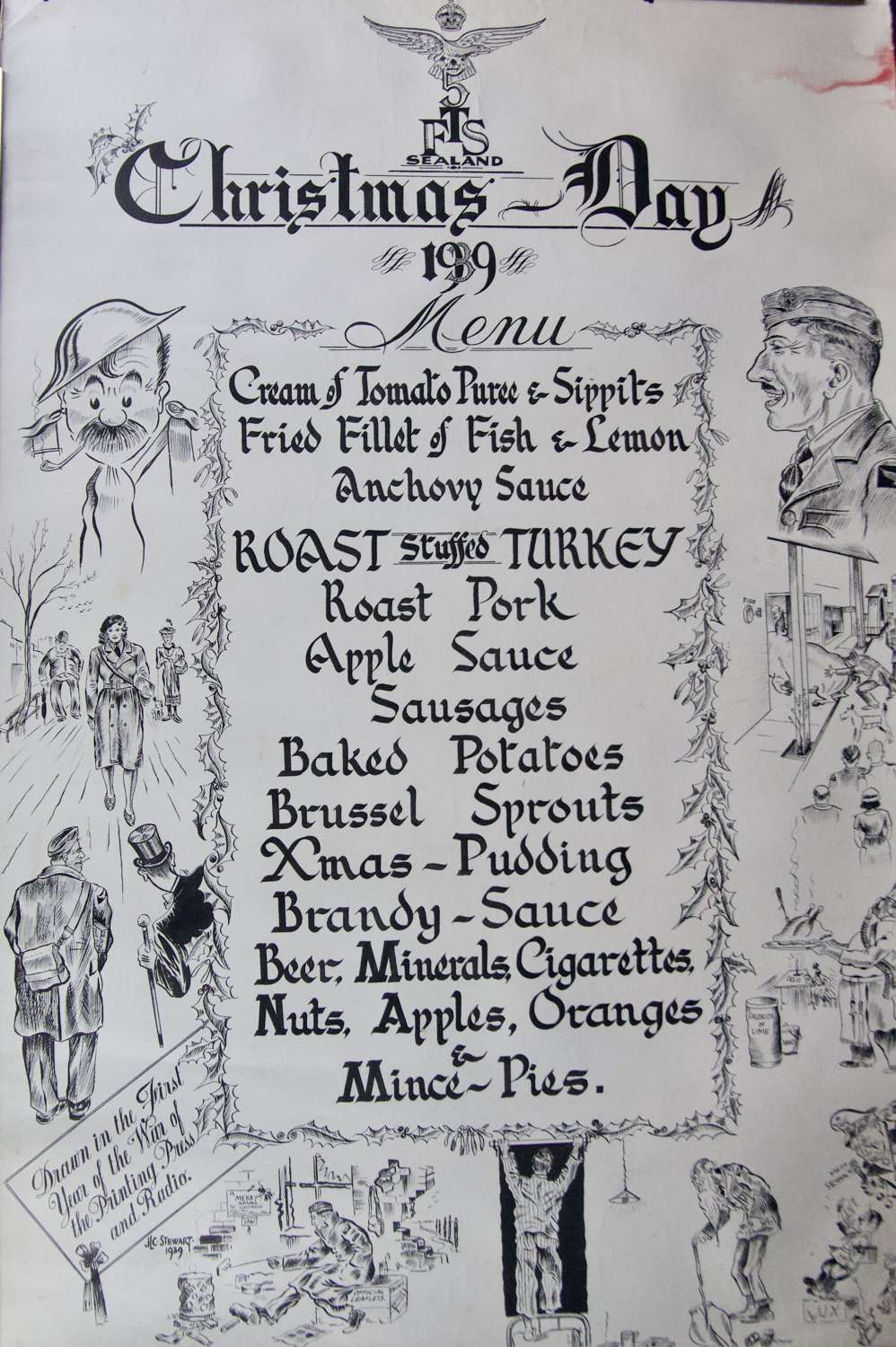 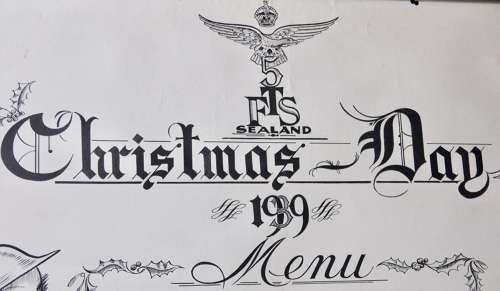 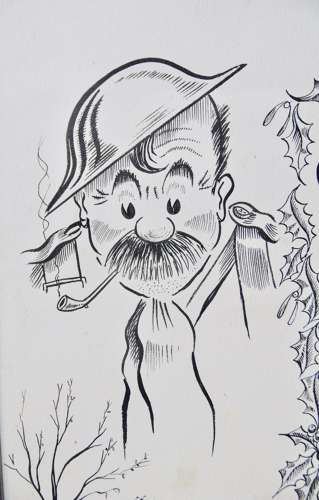 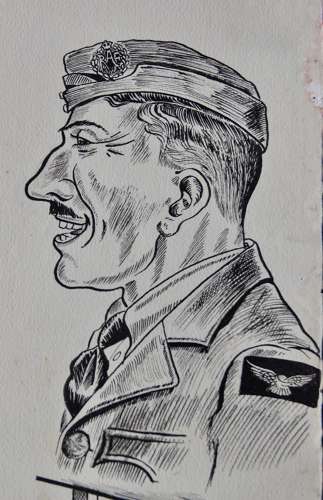 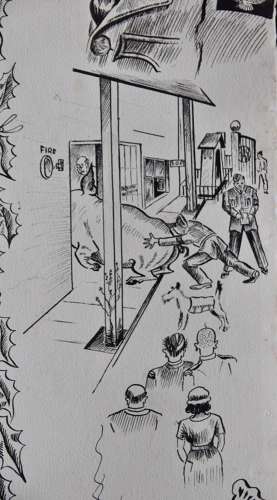 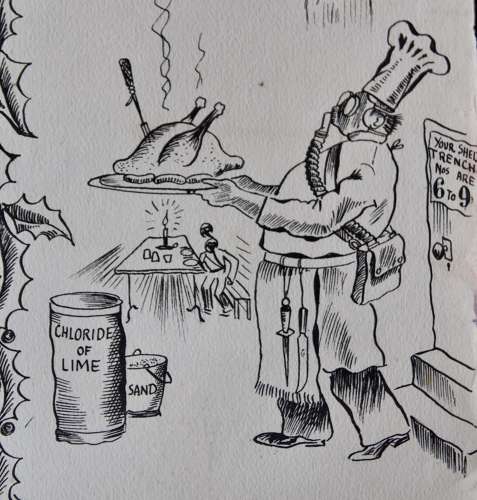 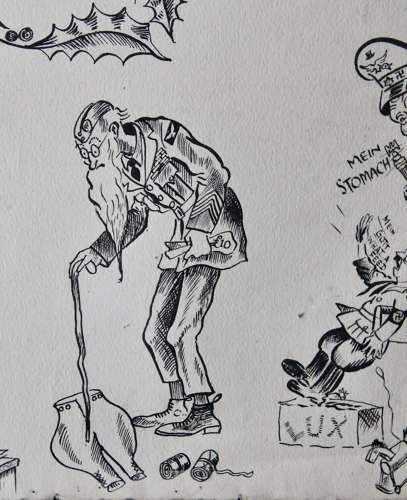 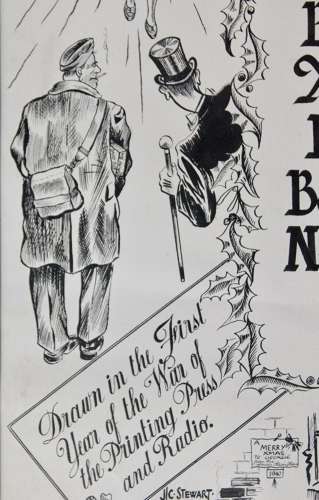 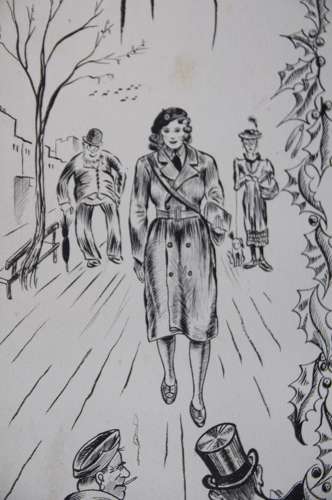 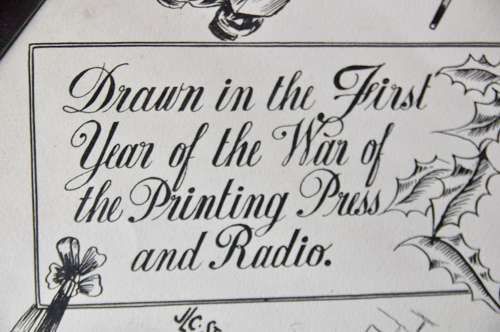 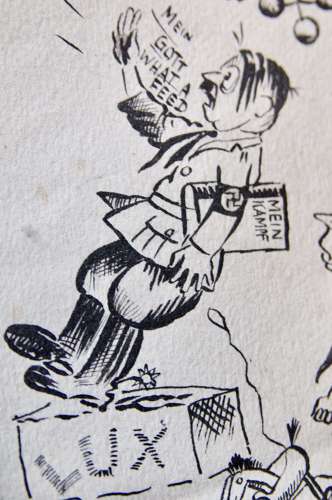 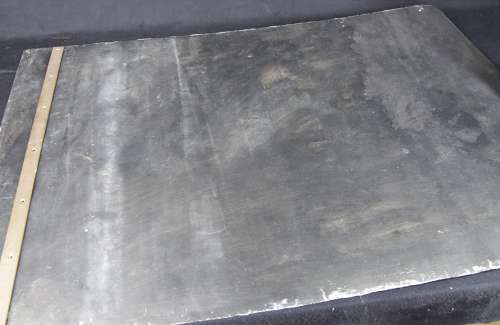 A great piece of historic art. A gorgeously hand painted Menu for the 1939 RAF Christmas Dinner at RAF Sealand in Flintshire - decorated with humour and style, this is a piece of historical artwork that was probably not expected to be around for long. In normal circumstances, a menu such as this would be taken down from display after the dinner and probably destroyed or burnt. By sheer luck, we have been able to acquire this menu and a number of other original artworks by J Stewart.

The artist illustrator J L C Stewart was posted to RAF Sealand in the mid thirties where he was with the No.5 Flying Training School, RAF., (now MoD Sealand). This is the most wonderful poster showing how quickly the comic parodies appeared of Hitler and Goëring. It also shows the Sergeant who would have been the most feared and respected 'Mother' to the young pilots who were in training at RAF Sealand. Interesting to note that, at the end of the meal, cigarettes are included on the menu.

Look out for a number of illustrative items by Stewart, starting in 1936 at RAF Sealand, with a humorous hand-illustrated Christmas Menu, menus for later years and other illustrations. As far as we are aware, the works that we have are the absolute original and no copies have ever been made.