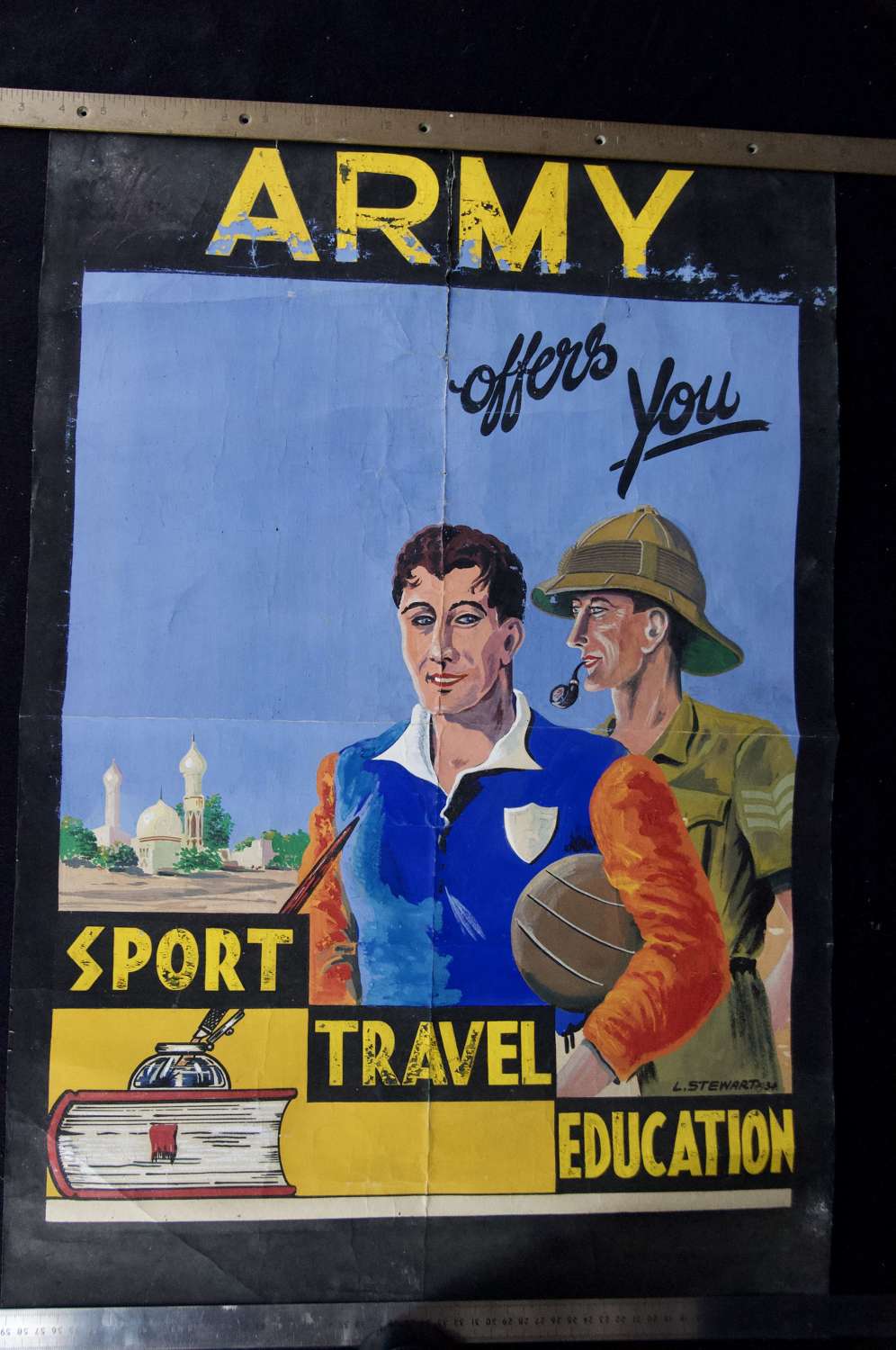 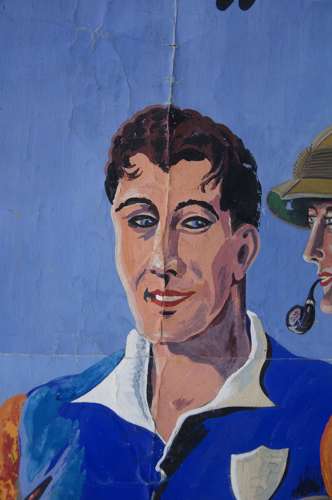 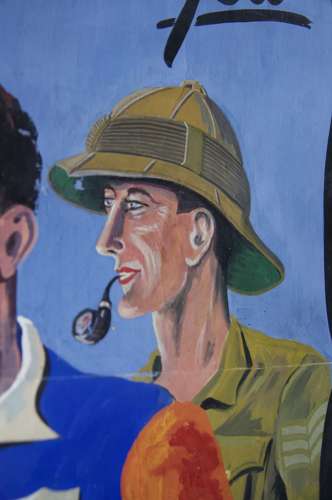 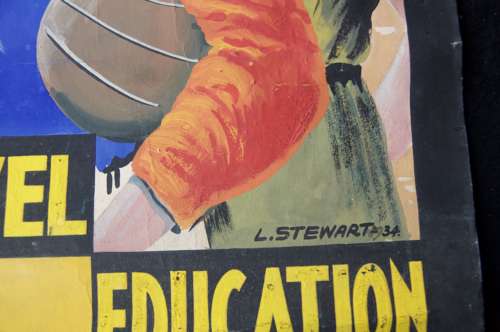 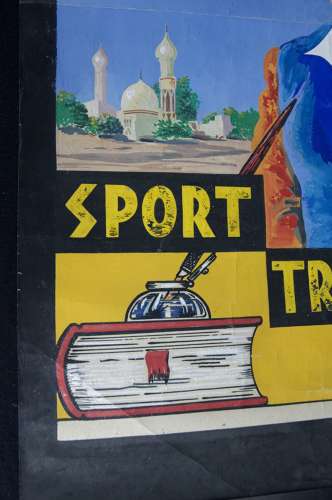 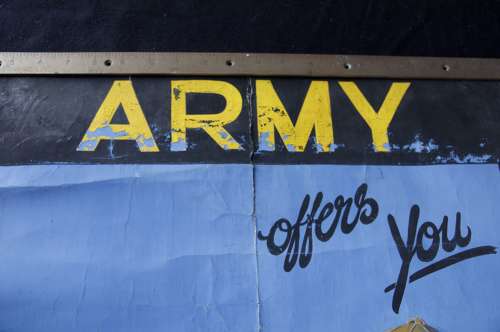 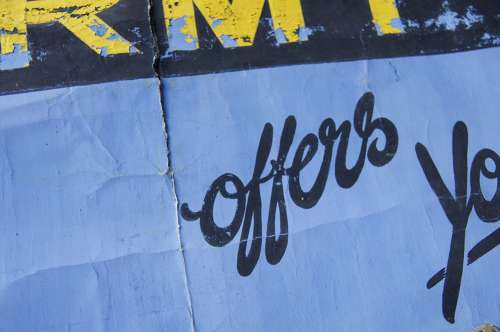 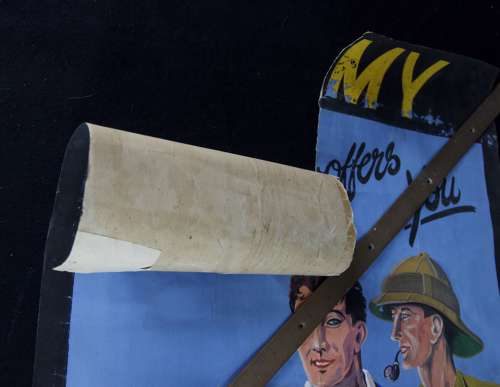 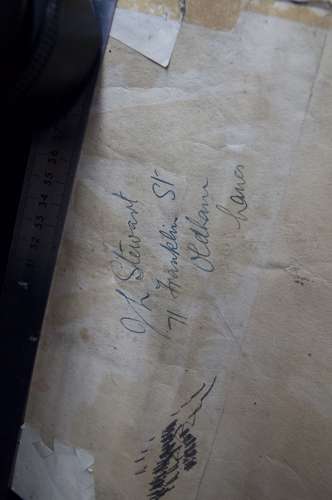 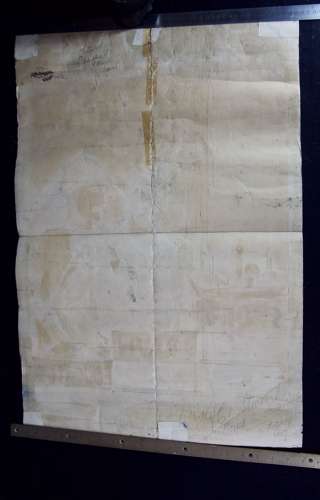 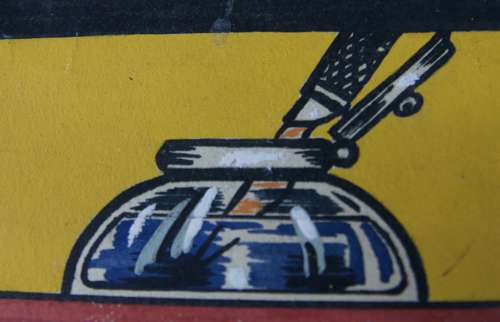 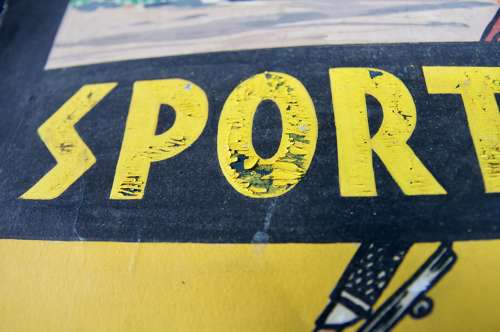 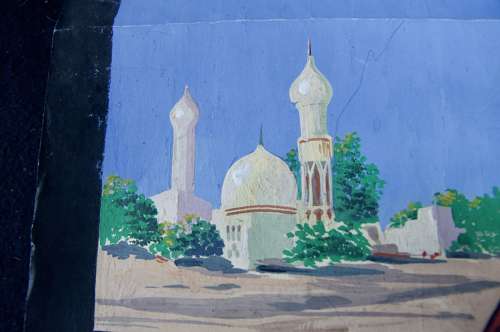 A UNIQUE, striking and original piece of pre-wartime British art. By the Military artist J L C Stewart, this is an eye catching poster designed to catch the attention of young men looking to expand their horizons: The Army is offering Sport, Travel and Education; two strong and healthy young men gaze outwards, with an image of the Taj Mahal in the distance behind them. Cleverly the image combines Sport, Books, Pen and Ink Writing (though it looks as though the pen in the inkwell is shaped like a knife); far off places; a Uniform suggesting Promotions and Hot Countries; blue skies - and even the opportunity to smoke a pipe ! This is the earliest piece of artwork that we have by J L C Stewart; it has been used and folded which has weakened the card along the fold line. The card has parted along the line but can easily be repaired - if done by a professional, the repair could be practically invisible.

In 1934 the prospect of joining the British Army was to look forward to a life of travel and adventure. The Second World War was still away off in the future, and in any case, nobody thought it could ever happen. The country had recovered, in the main, from the First World War and things were looking brighter for the twenty-something year olds in the new generation now looking for new opportunities. The British Army promised that, and more.

We have a number of illustrative items by Stewart, continuing in 1936 at RAF Sealand (now MoD Sealand) in 1936 with a humorous hand-illustrated Christmas Menu, Christmas Dinner menus for later years and other illustrations.

Your purchase will be very carefully packaged with recycled materials where possible and despatched via the Irish An Post postal service.
***********THE PRICE INCLUDES TRACKED INTERNATIONAL SHIPPING.