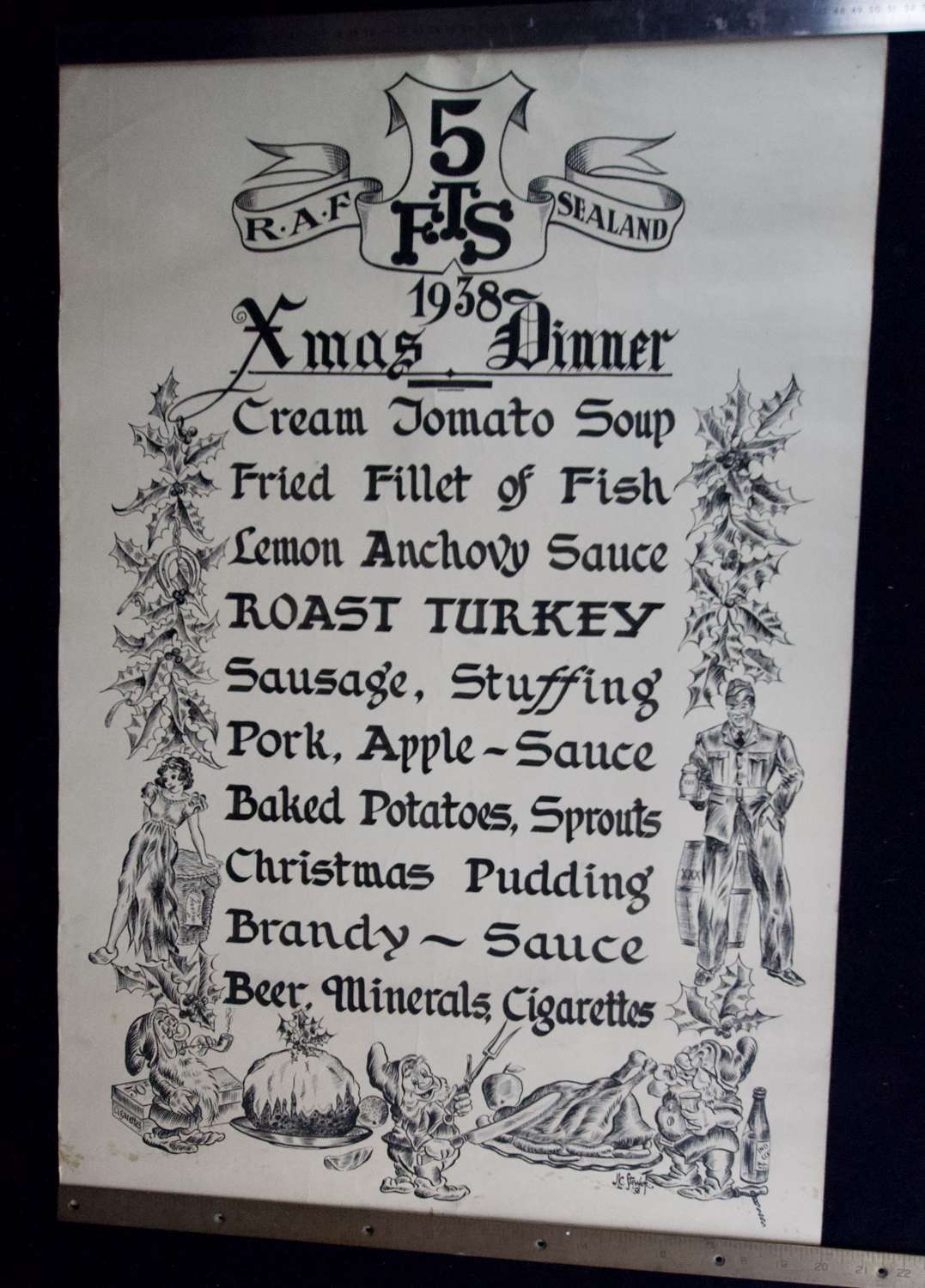 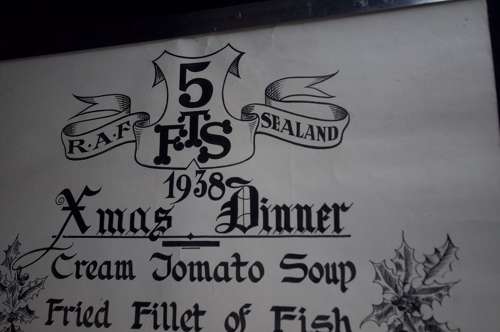 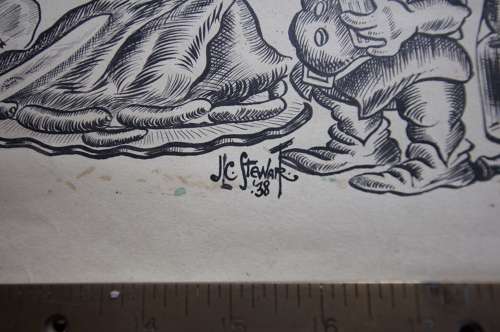 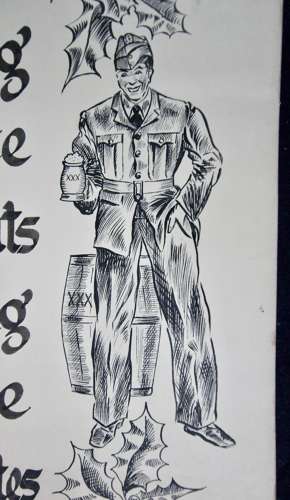 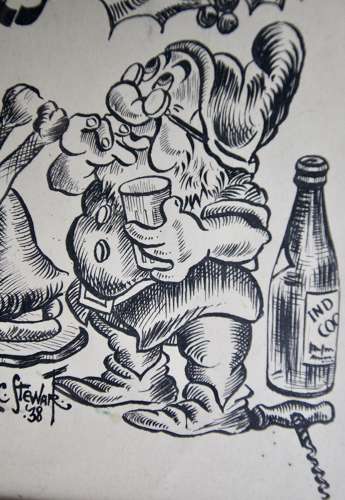 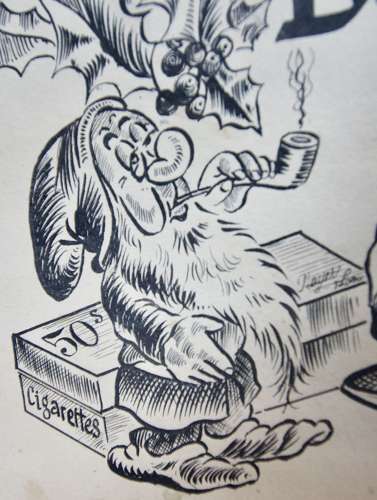 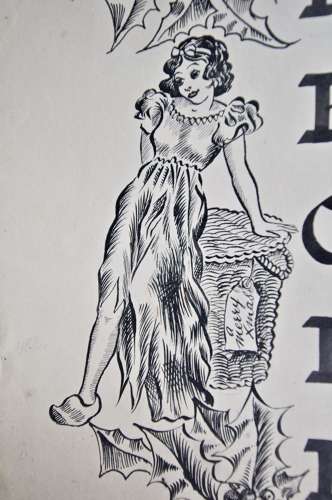 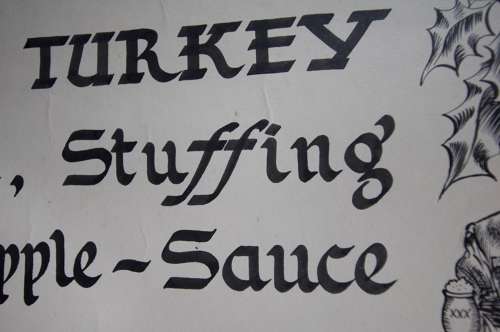 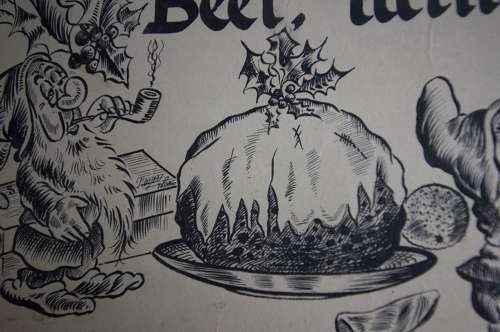 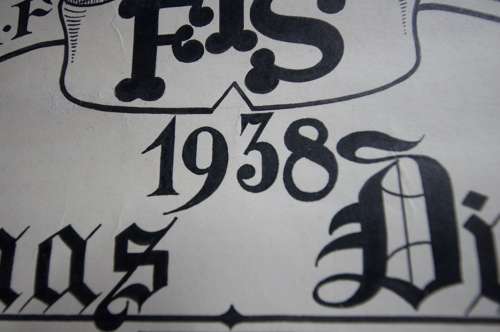 In 1938 at RAF Sealand in Flintshire, the new war was imminent and this Menu reflects the feelings of those days - a need for distractions, trying to think about happier days and more pleasant things. Christmas in the mess was one of the high points of the year for any Military Station and at RAF Sealand it was no different. In 1938, the year before war was declared, Walt Disney Released his movie "Snow White and the Seven Dwarfs" in both the UK and Ireland. J Stewart used the characters as the inspiration for his illustrations on this wonderful Menu poster - and incidentally shows the impact that this new type of movie had on peoples lives - even affecting burly masculine pilots.

The artist illustrator J L C Stewart was posted to RAF Sealand where his design skills were put to use while he was with the No.5 Flying Training School, RAF., (now MoD Sealand). The poster for the menu was an annual event for him - and wouldn't he be amazed to know just how precious and interesting his artworks are today, as items of social and Military History.

We have a number of illustrative items by Stewart, starting in 1936 at RAF Sealand in 1936 with a humorous hand-illustrated Christmas Menu, menus for later years and other illustrations.