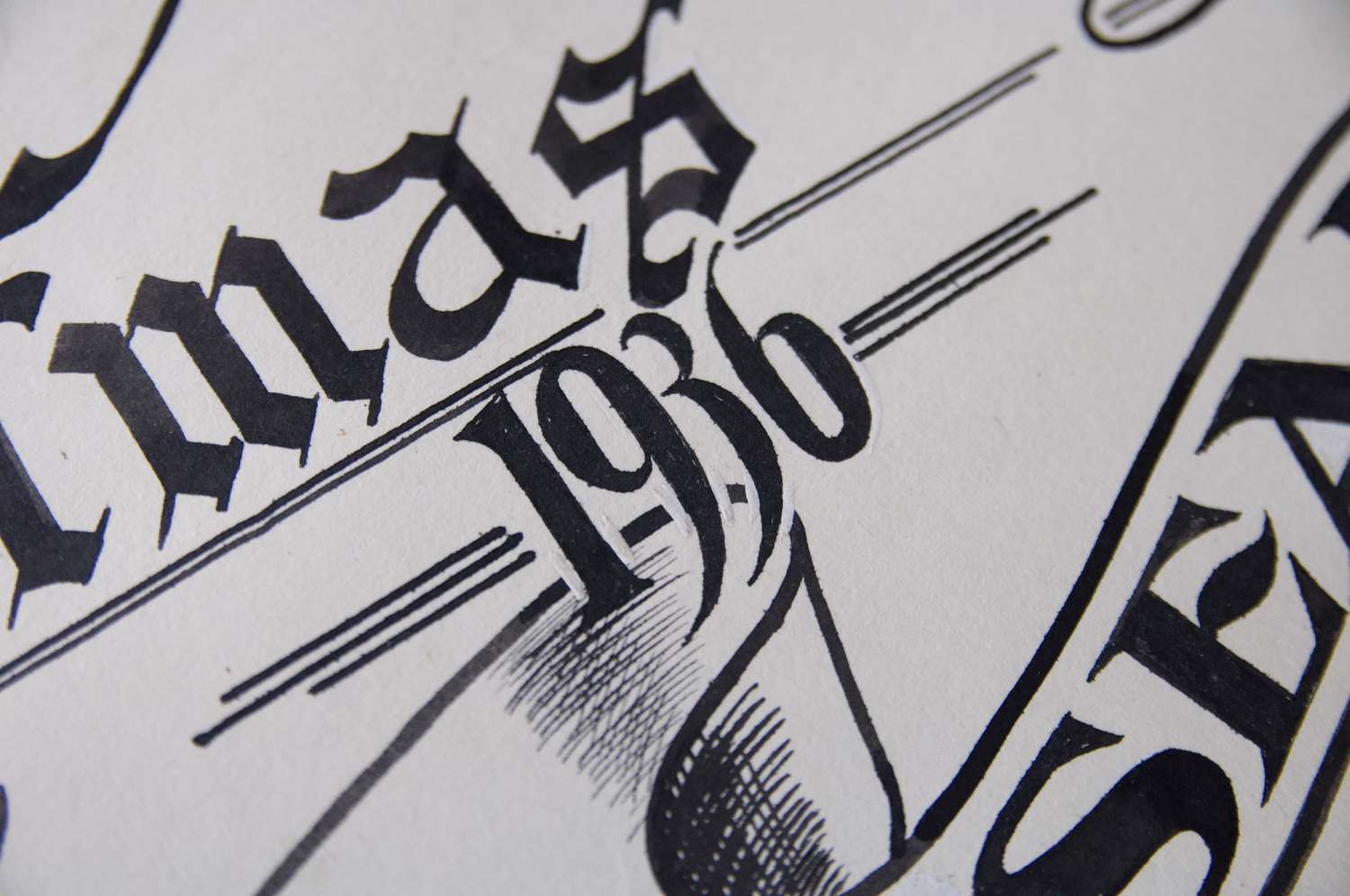 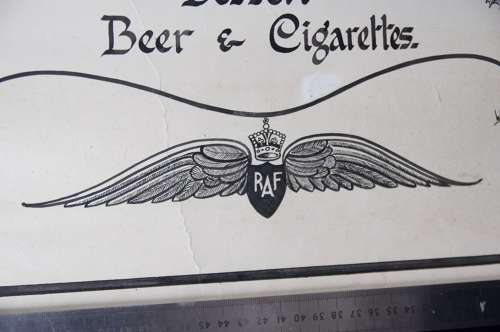 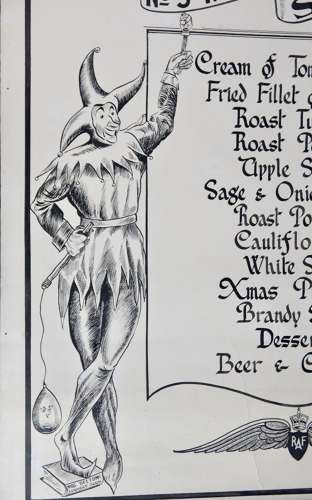 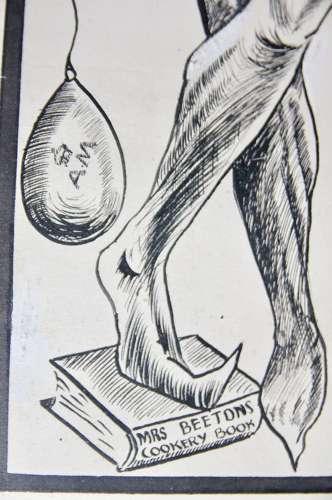 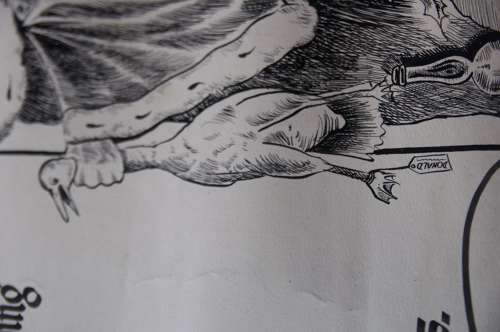 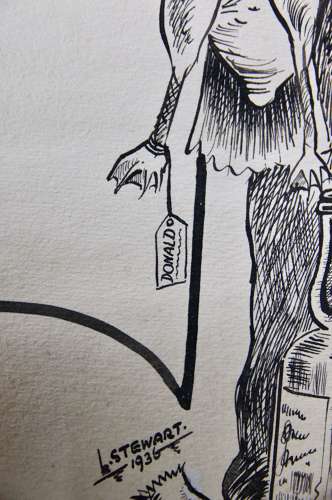 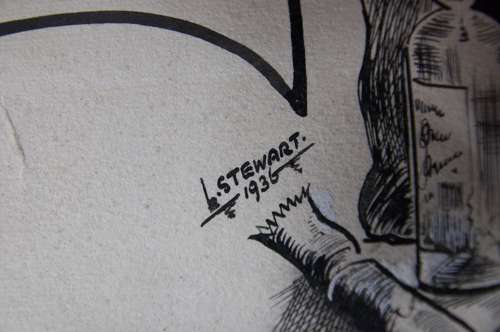 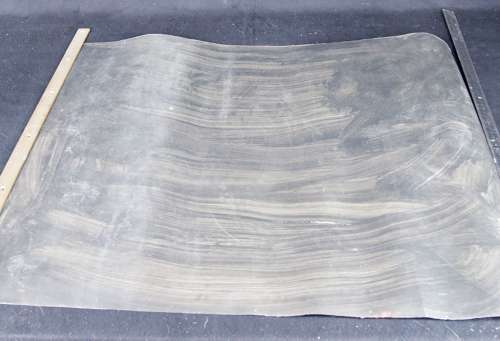 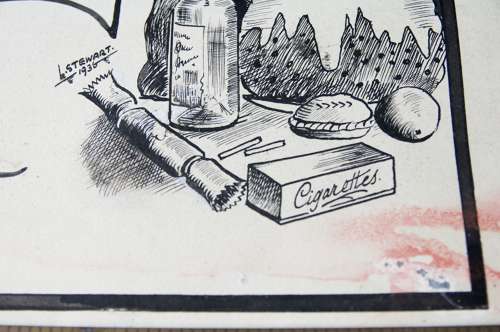 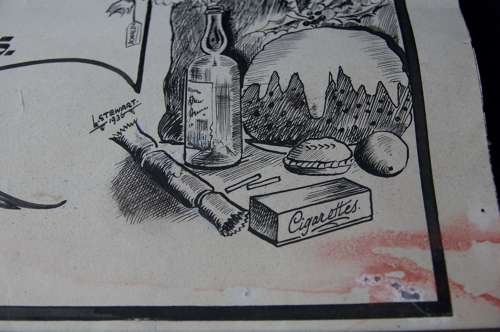 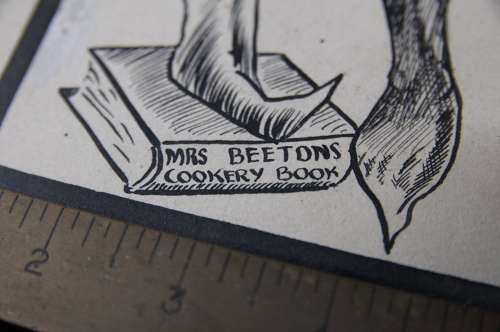 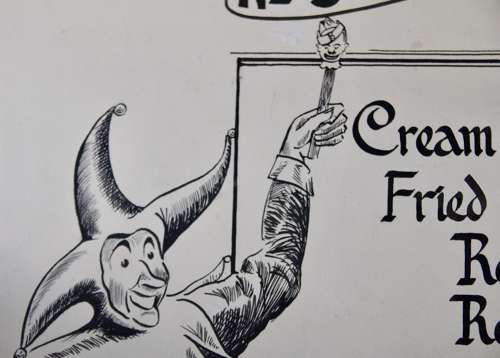 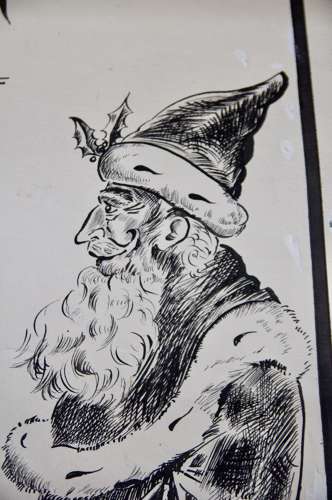 Incredibly, this menu, for the 1936 RAF Sealand Christmas Dinner, held at the RAF base in Flintshire on Christmas day has survived - and we are very, very happy that it did. A small piece of social and Military History, this hand-designed and illustrated menu by J Stewart was intended to have a short lifespan - after all, how long can a menu for a single day be interesting for? But this is a nostalgic Menu Poster indeed; the Second World War had not yet started and the Christmas menu is decorated with a Court Jester on one side and Santa Claus on the other, holding up the banner for the dinner menu - which in the 1930s fashion, ends in 'Beer and Cigarettes'.

The artist illustrator J L C Stewart was posted RAF Sealand in the mid thirties where he was with the No.5 Flying Training School, RAF., (now MoD Sealand). This poster has humorous illustrations of the jester standing on Mrs Beaton's Cookbook and holding an effigy on his stick of their Warrant Officer - opposite a very nice rendition of Father Christmas holding a Dressed Duck called Donald on his name tag.

We have a number of illustrative items by Stewart, starting in 1936 at RAF Sealand with this humorous hand-illustrated Christmas Menu.  We have menus for later years and other illustrations.