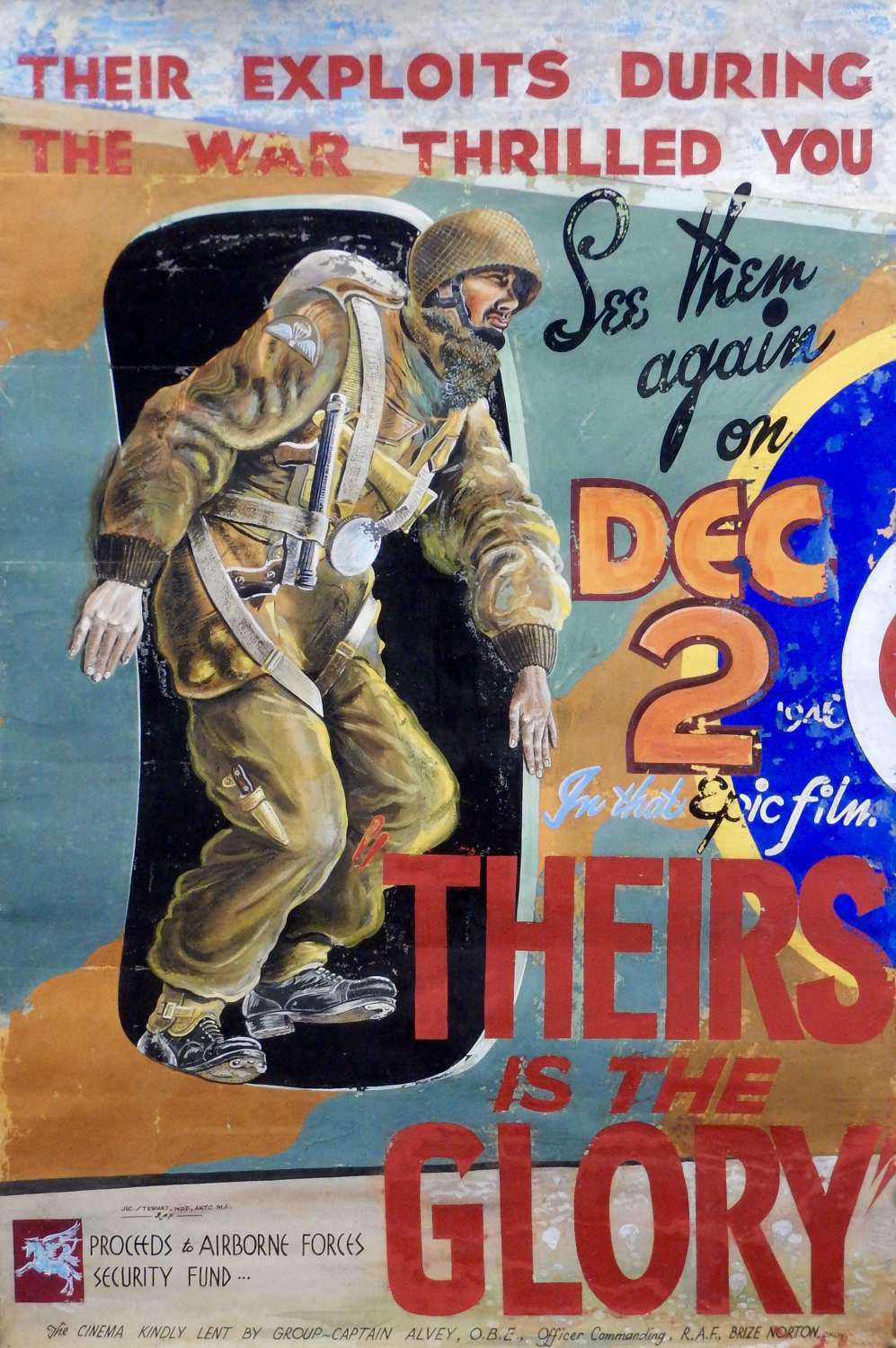 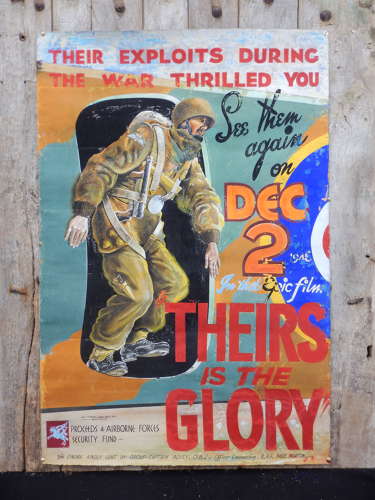 Not just a poster but a piece of historic art; this eye catching, brightly coloured poster is advertising a Military Screening of the British War Film "THEIRS IS THE GLORY" as described below. A very fine and original piece of both Social and Military History. To our knowledge, this hand illustrated and coloured painting by J L C Stewart is unique and has not been copied or reproduced in any form.

After the war, the artist illustrator J L C Stewart was posted from RAF Sealand where he was with the No.5 Flying Training School, RAF., (now MoD Sealand) to RAF Brize Norton, where he created this wonderful poster for the private screening of a new film called THEIRS IS THE GLORY,  a British war film about the British 1st Airborne Division's involvement in the Battle of Arnhem (17 to 25 September 1944). This was during Operation Market Garden in the Second World War. It was the first film to be made about this battle, and the biggest grossing UK war film for nearly a decade. The later film A BRIDGE TOO FAR depicts the operation as a whole and includes the British, Polish and American Airborne forces, while Theirs Is the Glory focuses solely on the British forces, and their fight at Oosterbeek and Arnhem. Brize Norton was then and still is now the airfield used by both the Para's and the SAS when flying out on missions.

This poster is dated the 2nd of December 1946 for a special showing of the film for the men involved in the real thing. This must have been very special as the film had only just gone on general release. This is a unique hand designed and painted item and the illustration truly captures the grit and determination of the new boys of the Art the Paratroopers. It would also be considered an important piece of Military and Social History.

We have a number of illustrative items by Stewart, starting in 1936 at RAF Sealand in 1936 with a humorous hand-illustrated Christmas Menu, menus for later years and other illustrations.