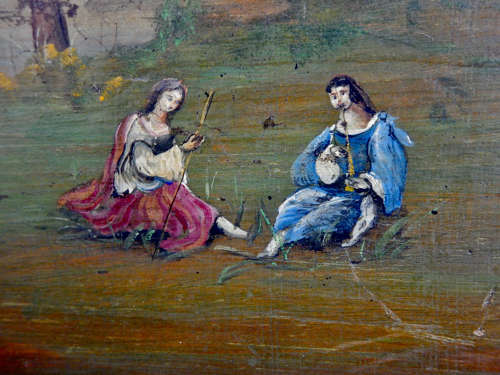 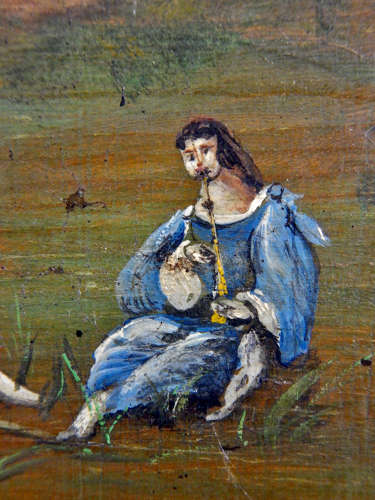 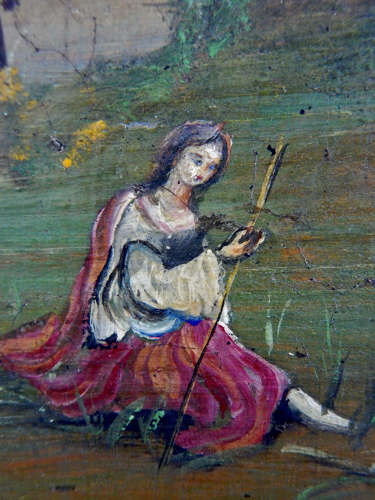 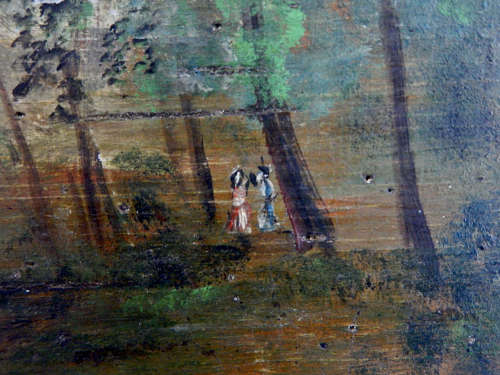 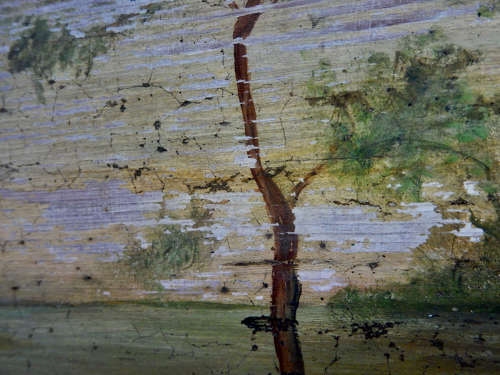 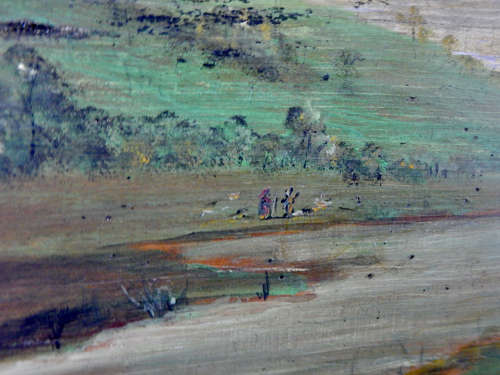 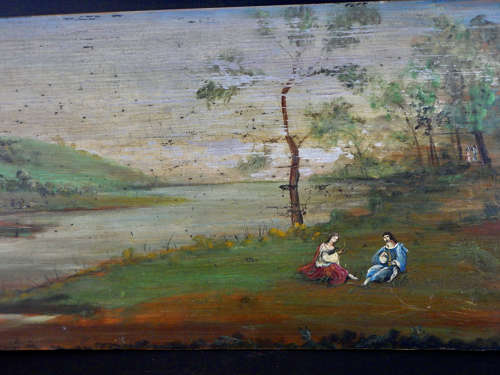 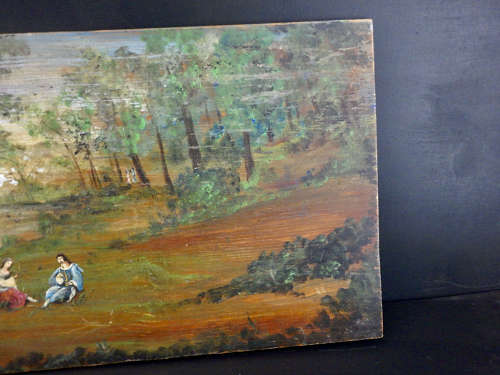 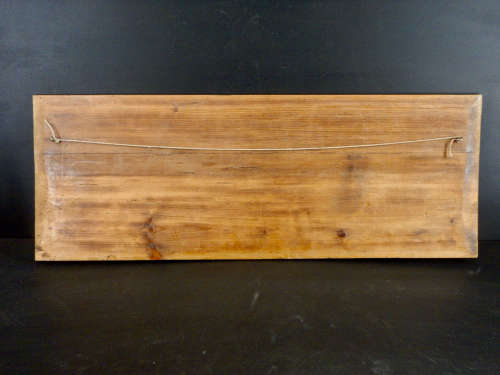 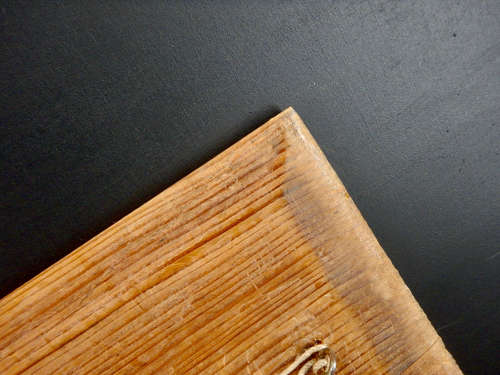 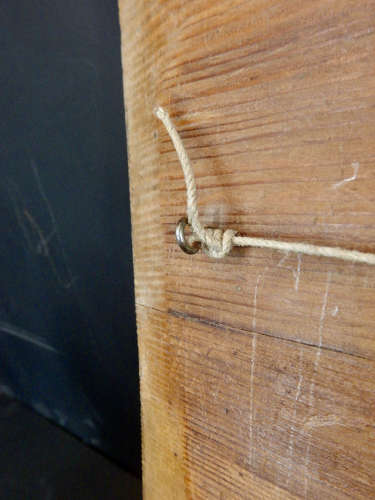 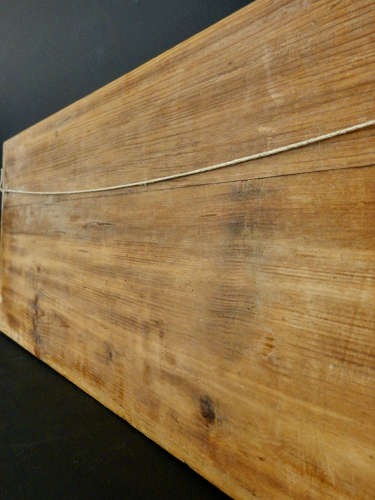 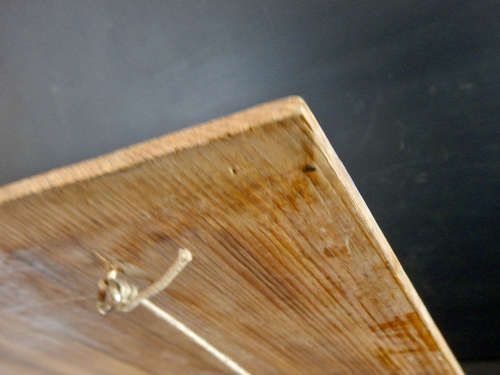 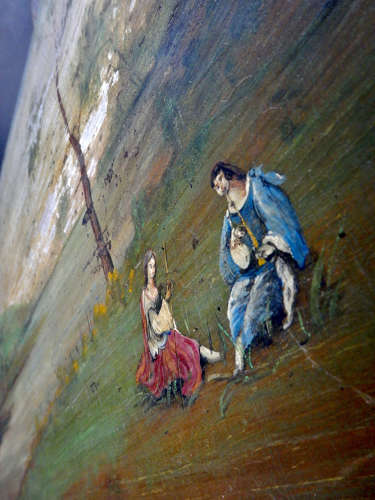 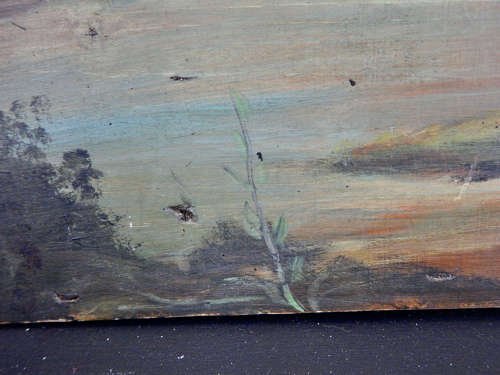 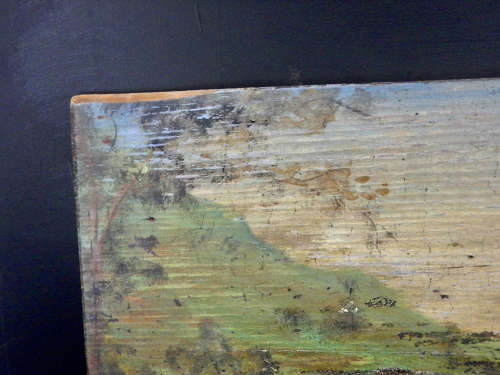 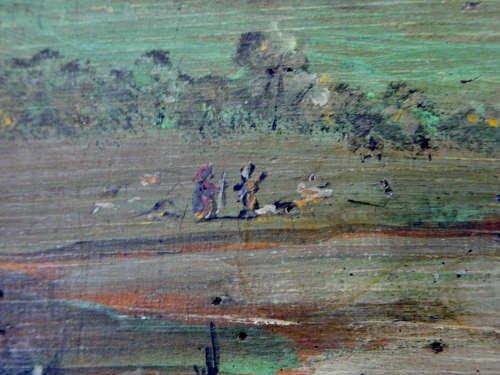 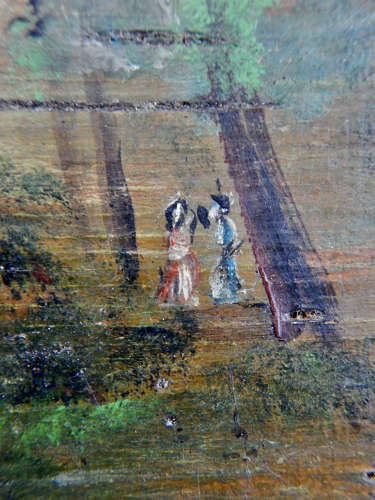 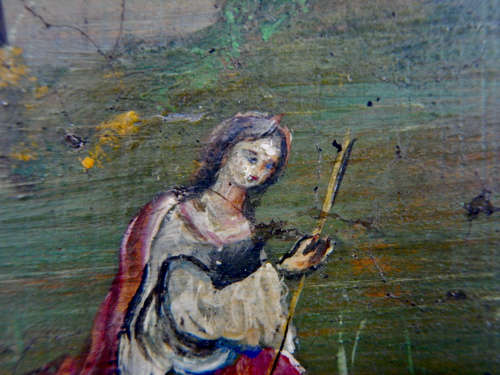 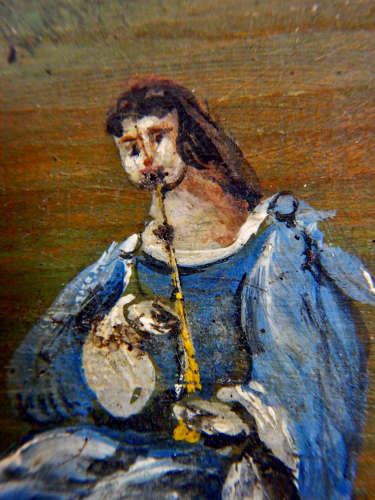 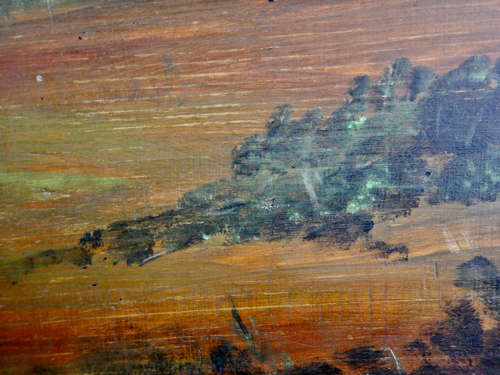 By an unknown French or possibly Dutch artist, this oil painting on a wooden panel is a romantic folk art picture dating from the latter part of the 1700's, a date supported by both the costumes and the patina. In the foreground a young couple appear to be taking some time away from their families to practise music in the open air close to the river. It may be Springtime as there is an abundance of green leaves on the trees and some yellow flowers on the bank of the river - probably Marsh Iris as they are so prolific alongside the rivers in France. Far off to the left, across the river bank, another couple seem to be having similar practice; it looks as though they have thrown a blanket on the ground and are holding musical instruments. Behind in the woods, there is a third couple talking in amongst the trees.

This panel originates from an interior door, probably the top panel. The item itself was possibly removed as old fashioned, or became too dilapidated to be used any longer; but the door panel paintings were obviously highly prized and saved. Often the doors in the larger country houses, Maison de Maitre or Chateaux, had such decorations on door panels. From the size of this panel, the door would have had a minimum opening width of 33", much larger than today's interior door width.

An original piece of French folk art that would be ideal for anyone trying to create that French country living look. It is in 'as found' condition; we have done no cleaning or restoration to the images. Painted in oils on wood. The panel could be framed if desired; currently it has the original fixings of metal eyes and the old corded string, for hanging.