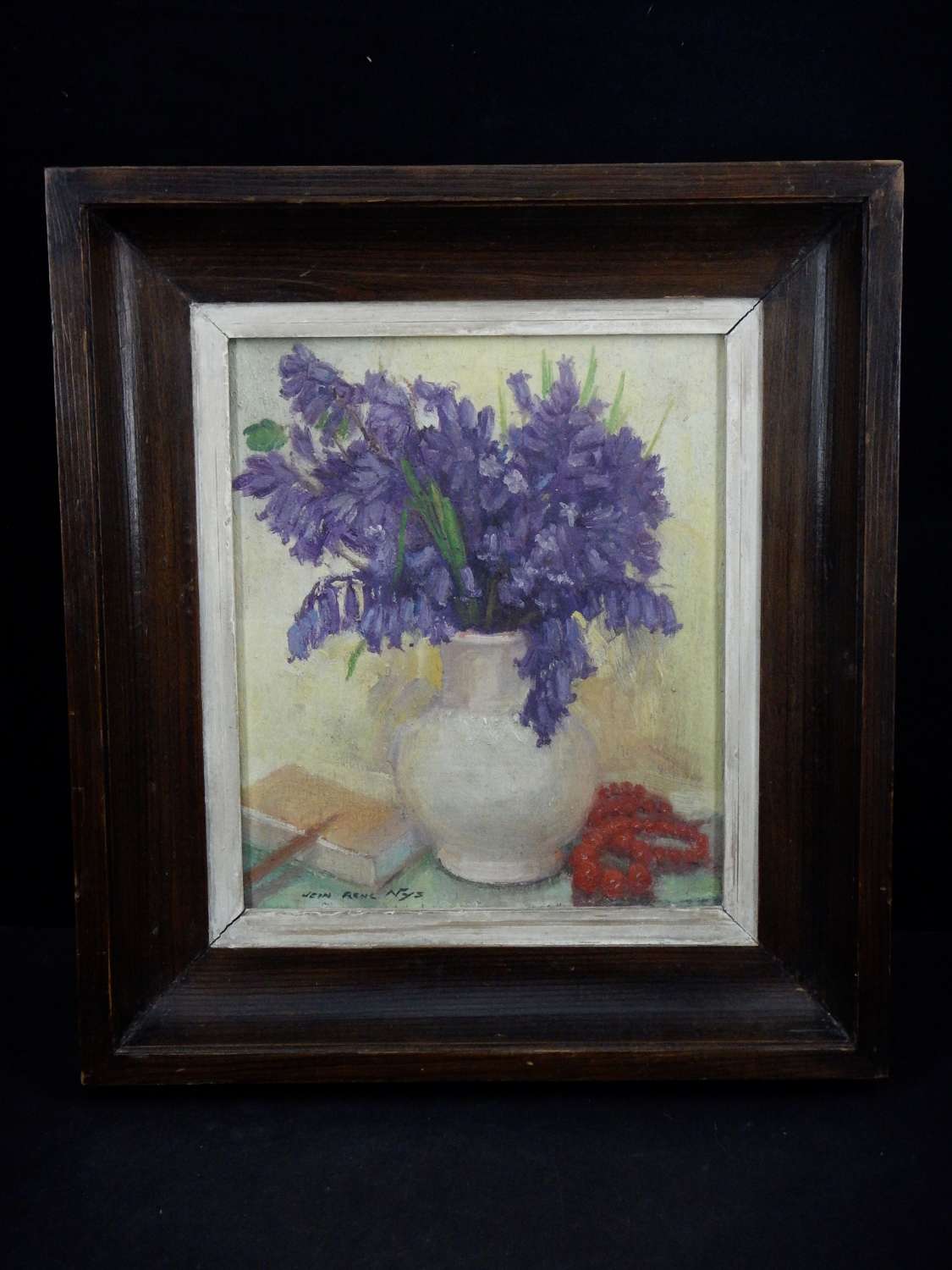 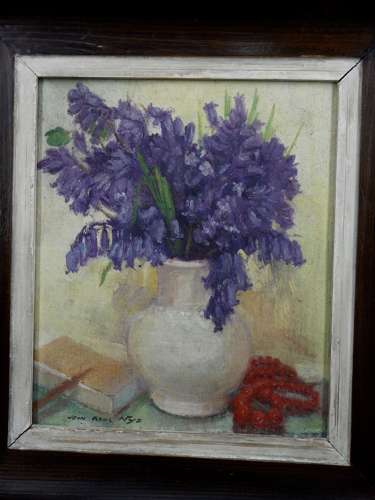 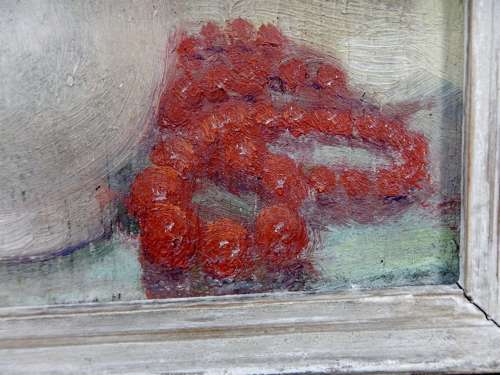 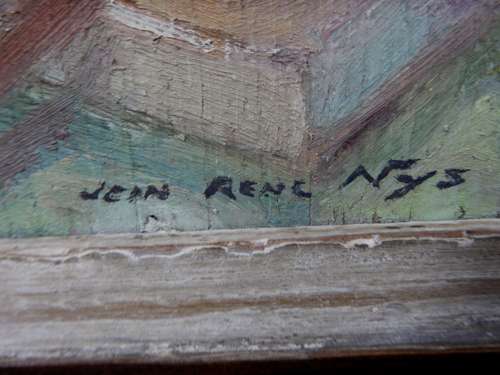 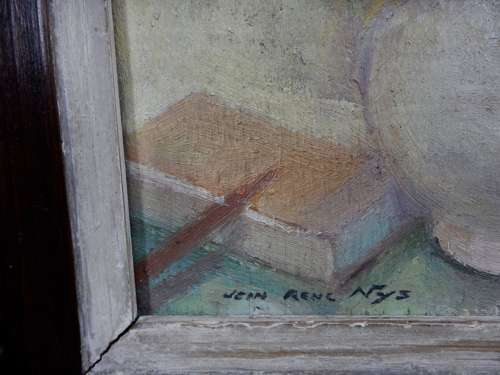 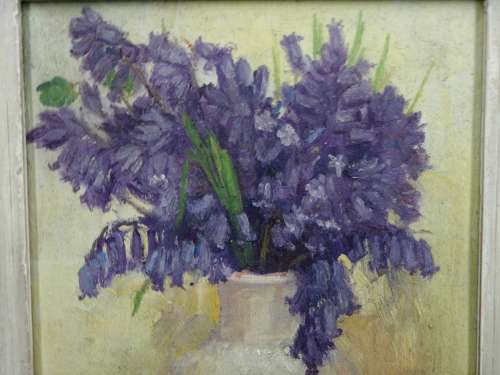 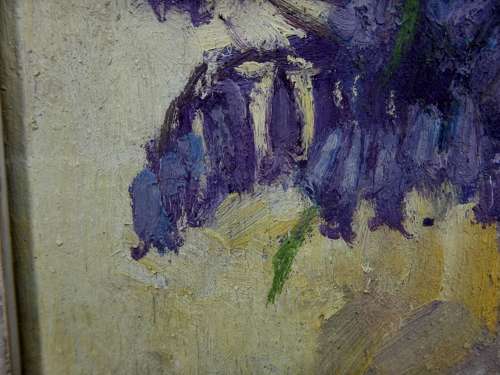 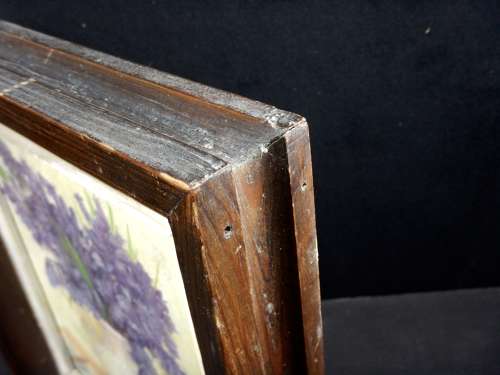 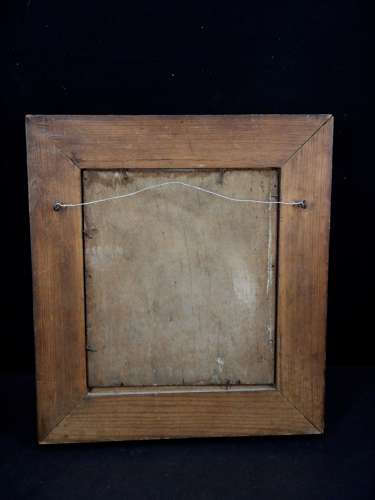 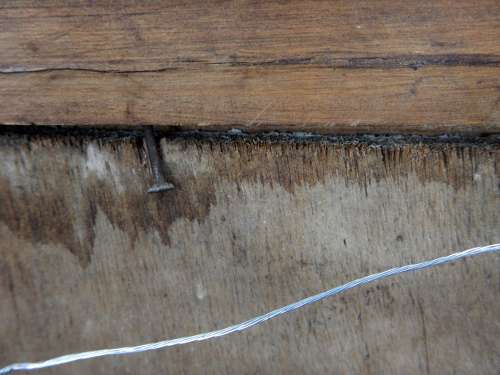 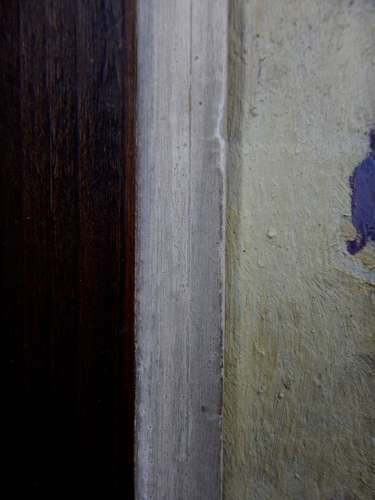 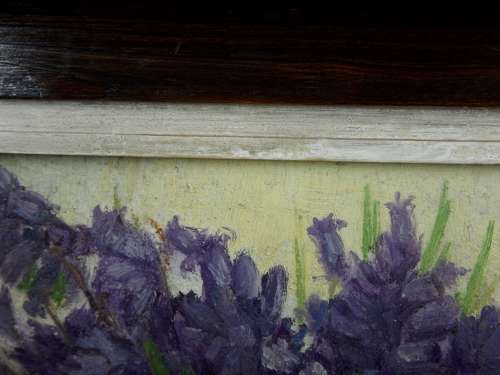 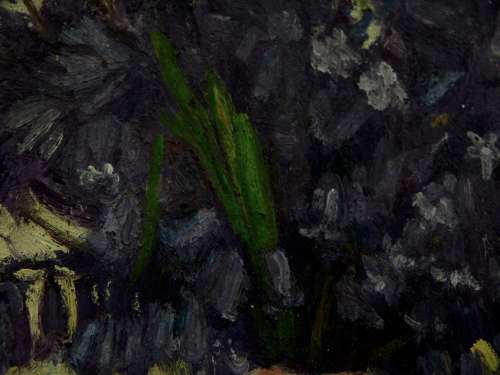 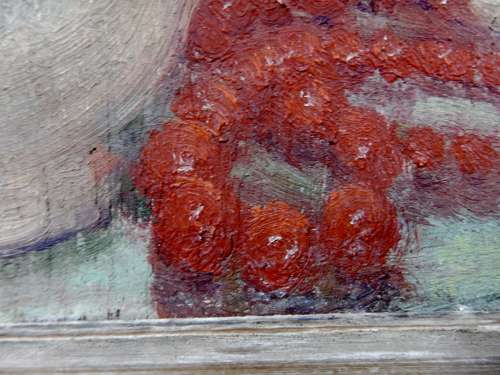 By a French artist named Jean René Nys, this oil on wood painting is a study of bluebells in a vase. On the table beside the vase is a book to the left and a string of amber beads to the right. This is an early Jean René Nys painting dating from the nineteen forties. It is painted on a piece of hardwood and is in the original frame, which looks to be of a far earlier age than the oil painting - a very nice antique frame.

Son and grandson of painters and decorators, Jean-René Nys was enthralled with fine arts from the age of 9. He was admitted to the Salon des Artistes Français in 1929 and taking his inspiration from the Impressionist movement he had his first personal exhibition in 1930. Nys later became a professor of Fine Arts and designer for the municipal theatre in his home town in northern France. He died in 1972.

This high quality, original piece of French art would be ideal for anyone trying to create that French country living look. It is an accomplished work in beautiful condition as can be seen on the photos - this would be a good investment for a collector or a very high quality starter piece.