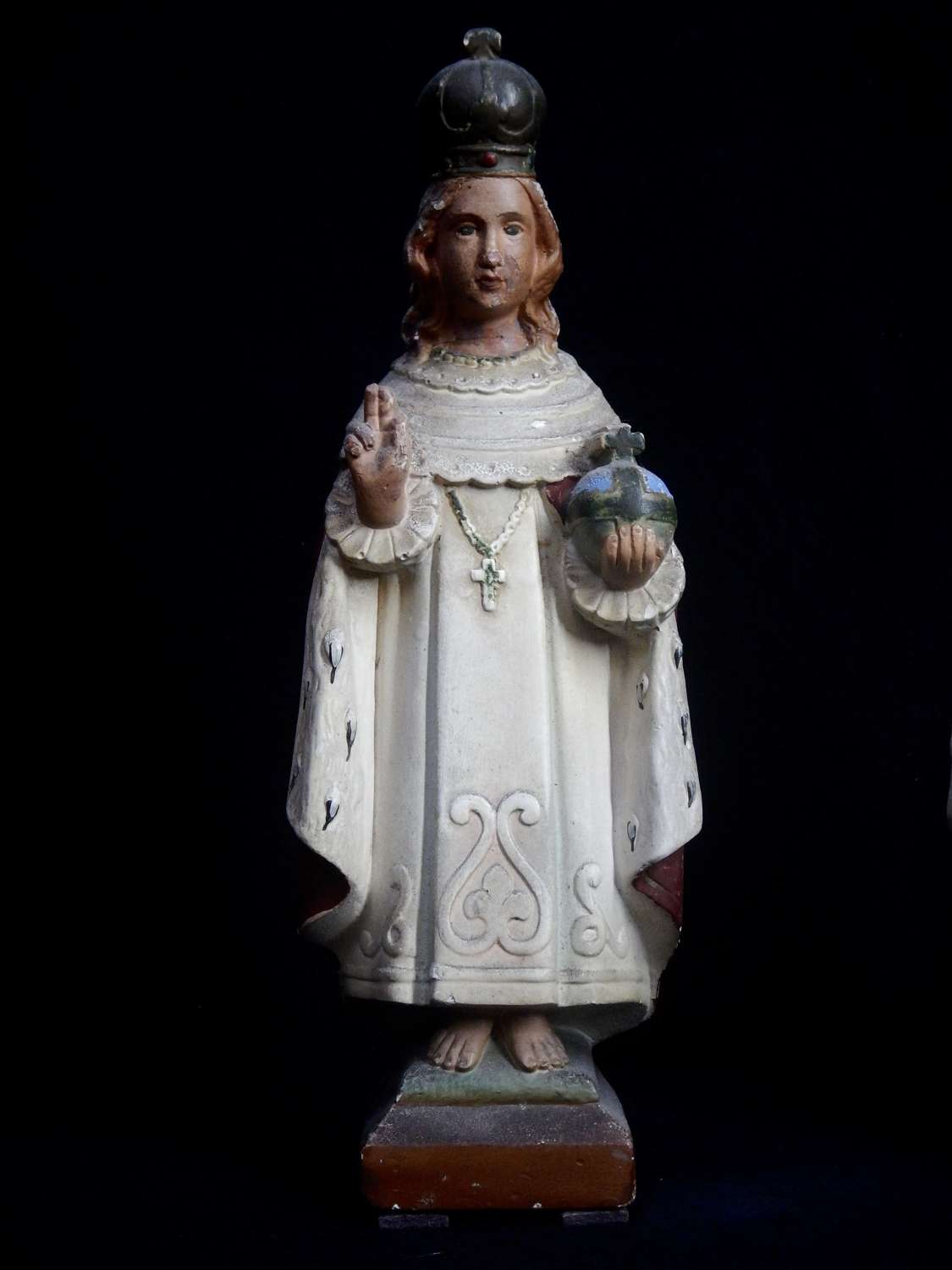 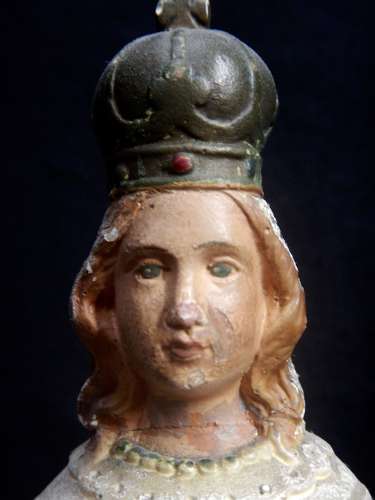 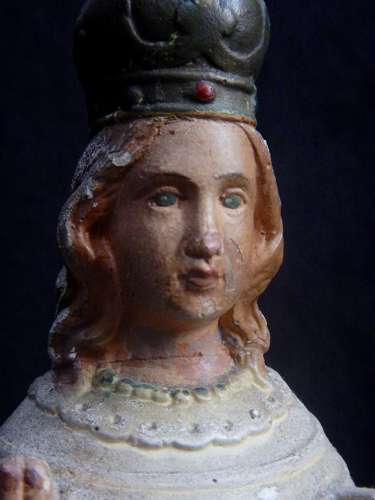 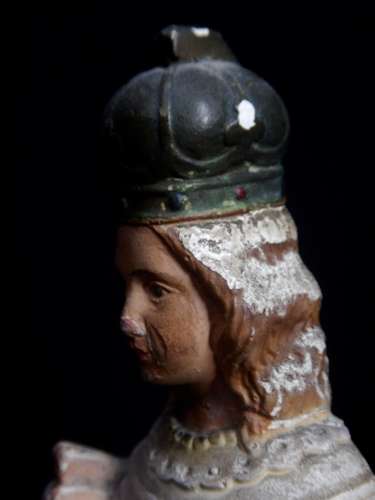 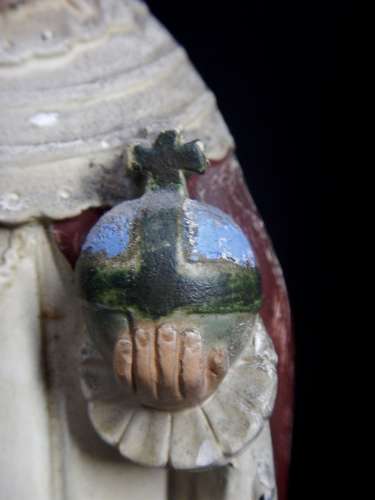 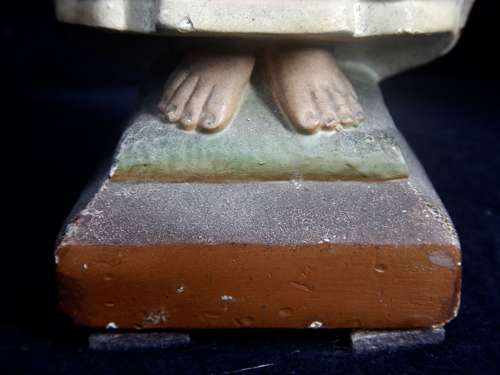 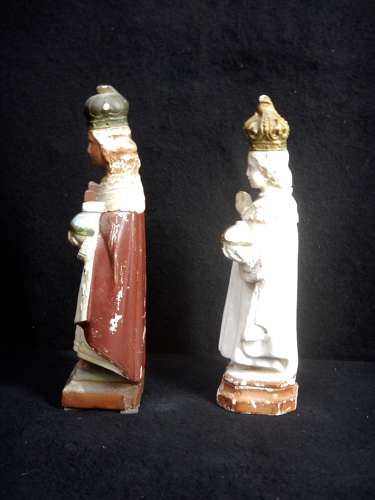 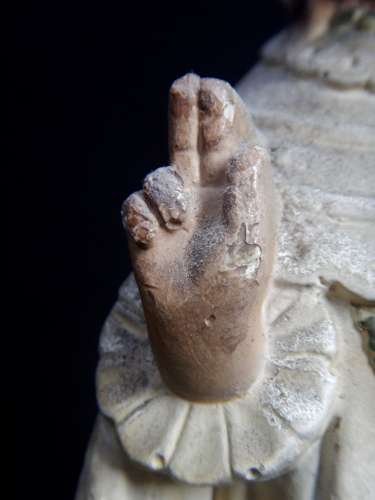 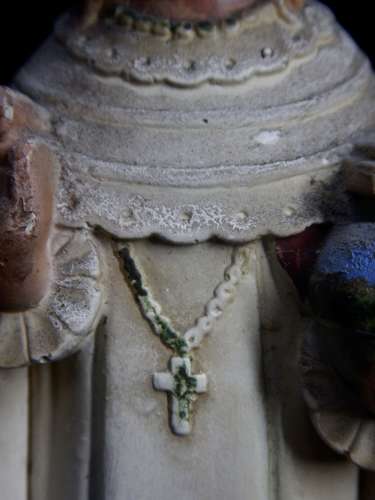 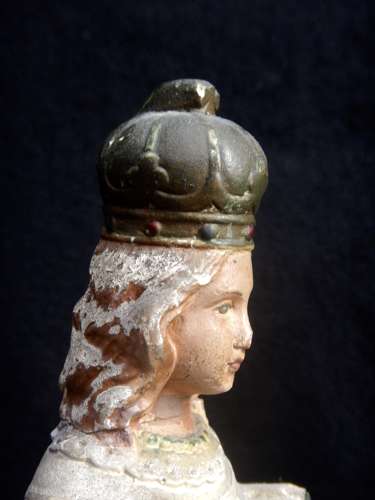 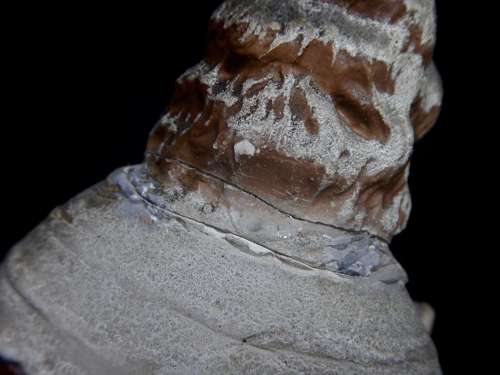 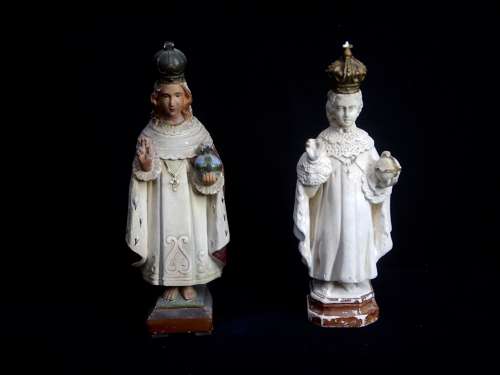 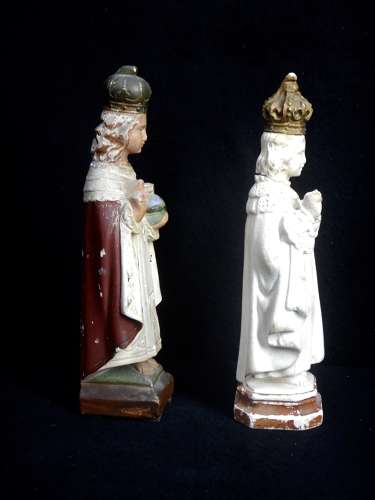 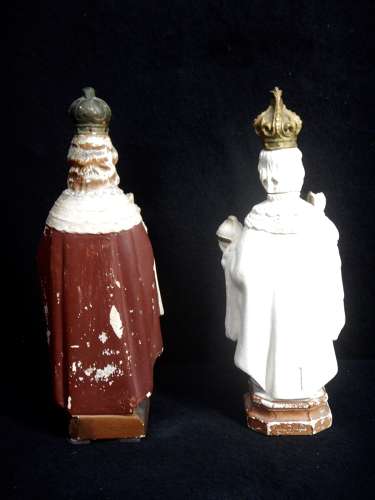 A beautifully made, antique Irish plaster statue of The Child of Prague, made in Ireland at the very start of the 20th Century. The statue is freestanding and measures 8.6" or 22cm in height, including the coloured plinth and is approx. 3.5" or 9cm wide and 2.5" or just over 6cm deep. There is the expected wear to the statue expected for the age. He is also a bit dirty - we have left him in original condition - and at some point in time, someone has re-coloured His face, probably because of wear similar to that of His hair, which has been left as it is. The head of the Child has been carefully re-attached (SEE BELOW!!)

The Child of Prague, or the Holy Infant Jesus of Prague as He likes to be called on formal occasions, has certainly been a figure of veneration in Ireland for almost 500 years. For the Irish people, it has been a particular object of devotion.  Until well into the 20th century, almost every Catholic home in Ireland would have had a Child of Prague statue.  The Child was introduced to Ireland by the towering figure of Francis Moylan, Bishop of Cork in the 18th century, and according to tradition
THE POWER OF THE STATUE IS STRONGEST IF ITS HEAD HAS BEEN KNOCKED OFF — BUT THIS HAS TO HAPPEN ACCIDENTALLY.

Your purchase will be carefully packed in recycled wrappings where possible and despatched by An Post or Courier Service.
THE PRICE INCLUDES TRACKED INTERNATIONAL SHIPPING