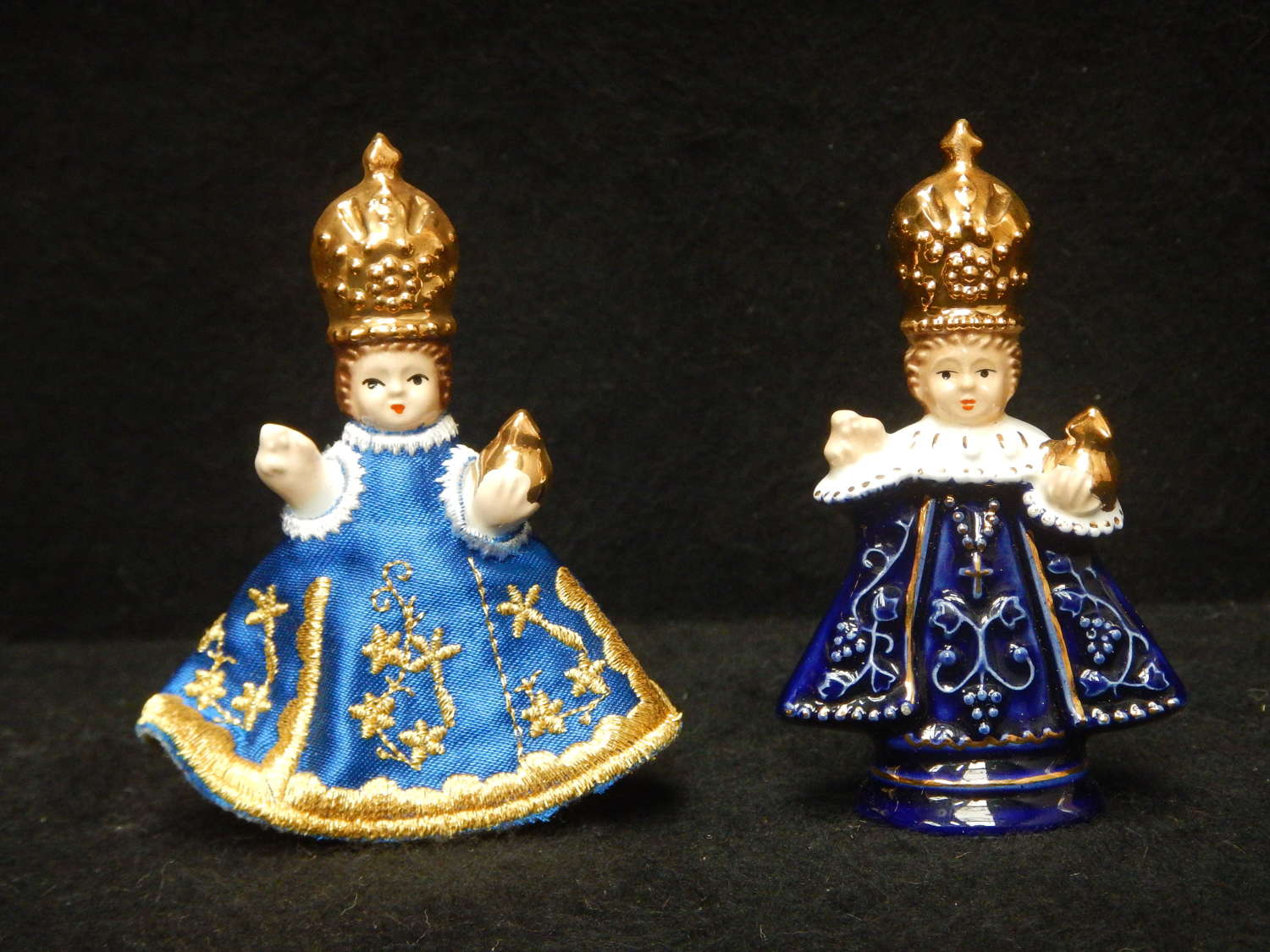 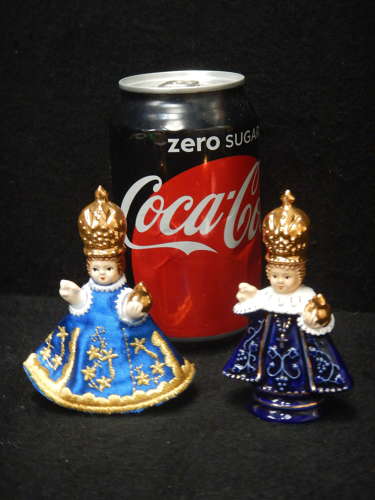 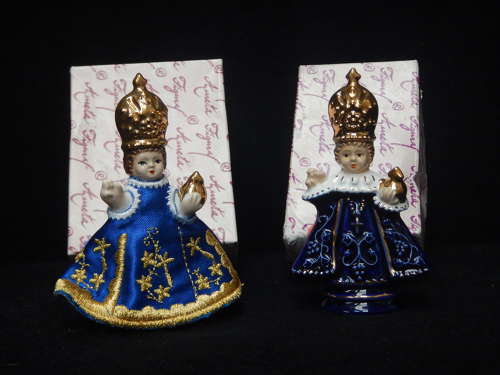 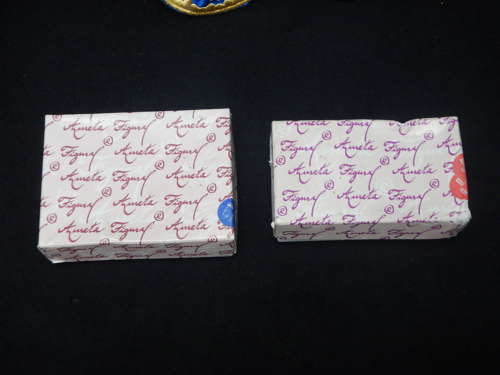 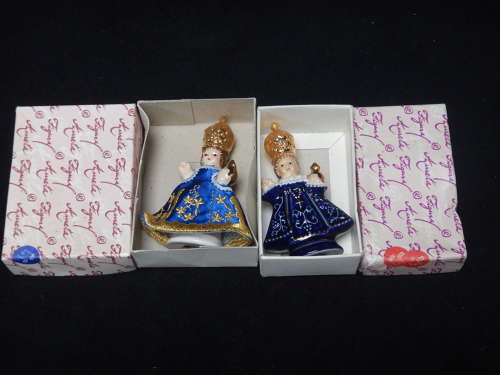 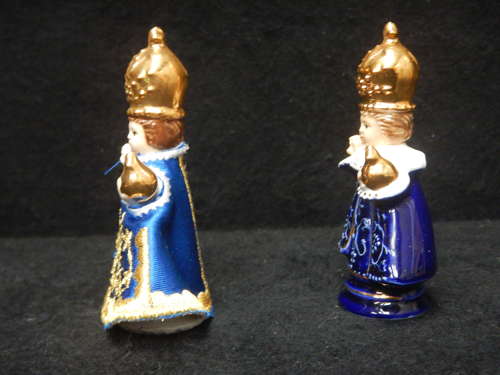 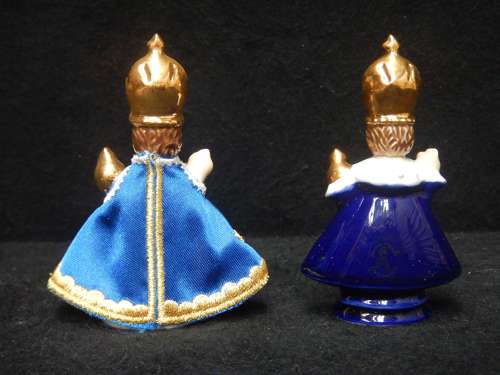 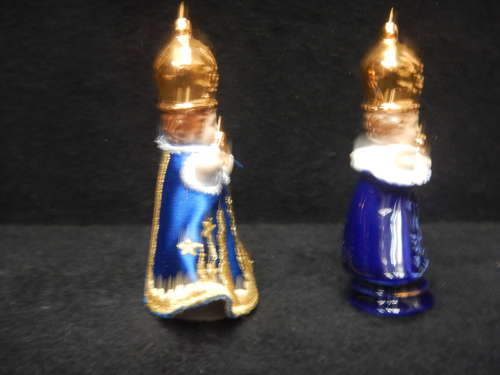 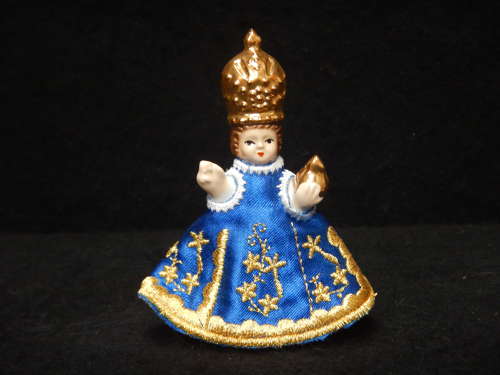 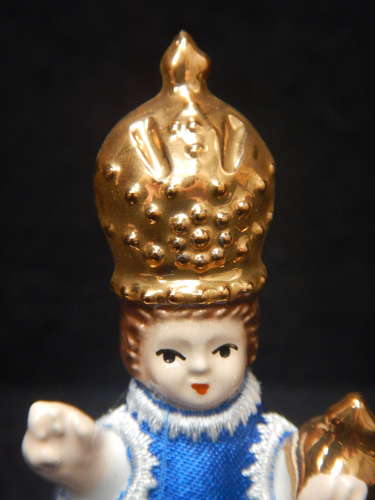 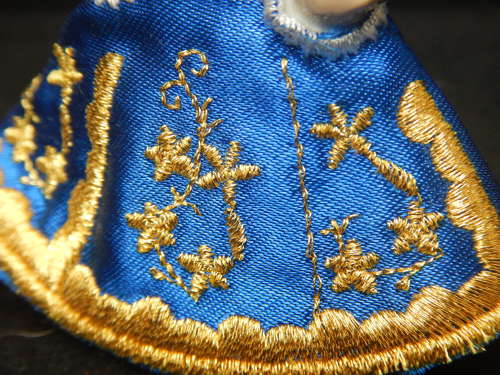 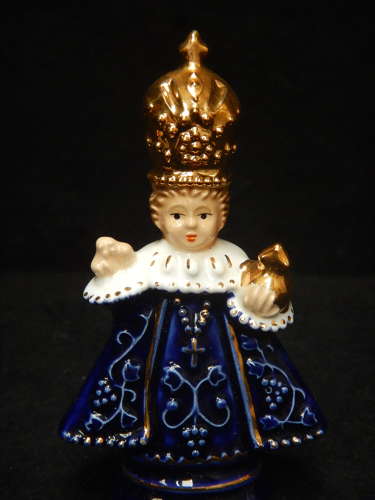 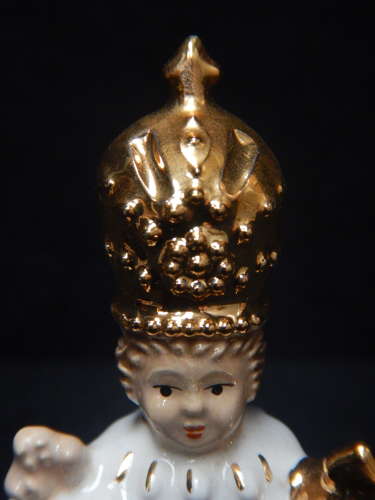 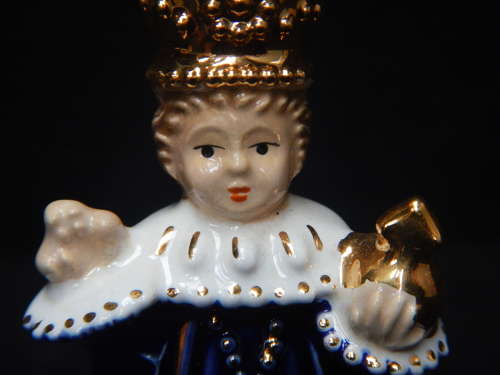 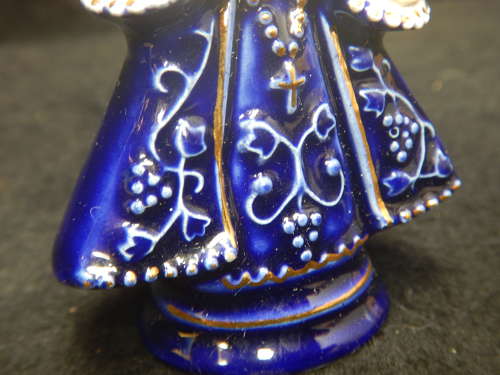 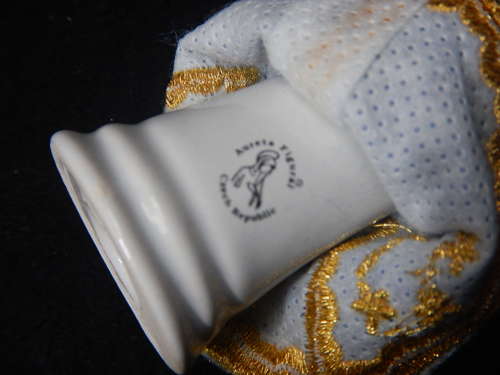 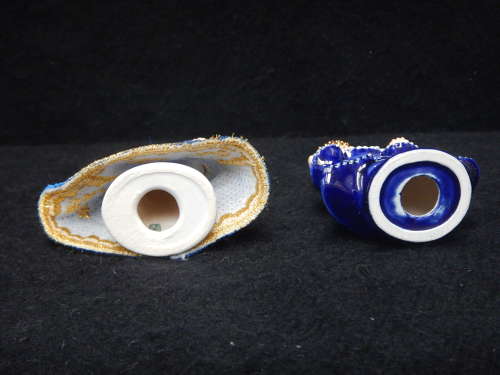 Pair of Miniature Child of Prague Statues in their Boxes

Two little Child of Prague miniature figures, made by Aureta Figural, in the Czech Republic around 27 miles from Prague. We are offering these as a pair, one has a ceramic body with a blue fabric vestment with fine gold threaded adornment, the other is all ceramic. They are both around 3.25" / 85mm tall and come in the original boxes.

The Child of Prague, or the Holy Infant Jesus of Prague as He likes to be called on formal occasions, has certainly been a figure of veneration in Ireland for almost 500 years. For the Irish people, it has been a particular object of devotion.  Until well into the 20th century, almost every Catholic home in Ireland would have had a Child of Prague statue.  The Child was introduced to Ireland by the towering figure of Francis Moylan, Bishop of Cork in the 18th century, and according to tradition THE POWER OF THE STATUE IS STRONGEST IF ITS HEAD HAS BEEN KNOCKED OFF — BUT THIS HAS TO HAPPEN ACCIDENTALLY.