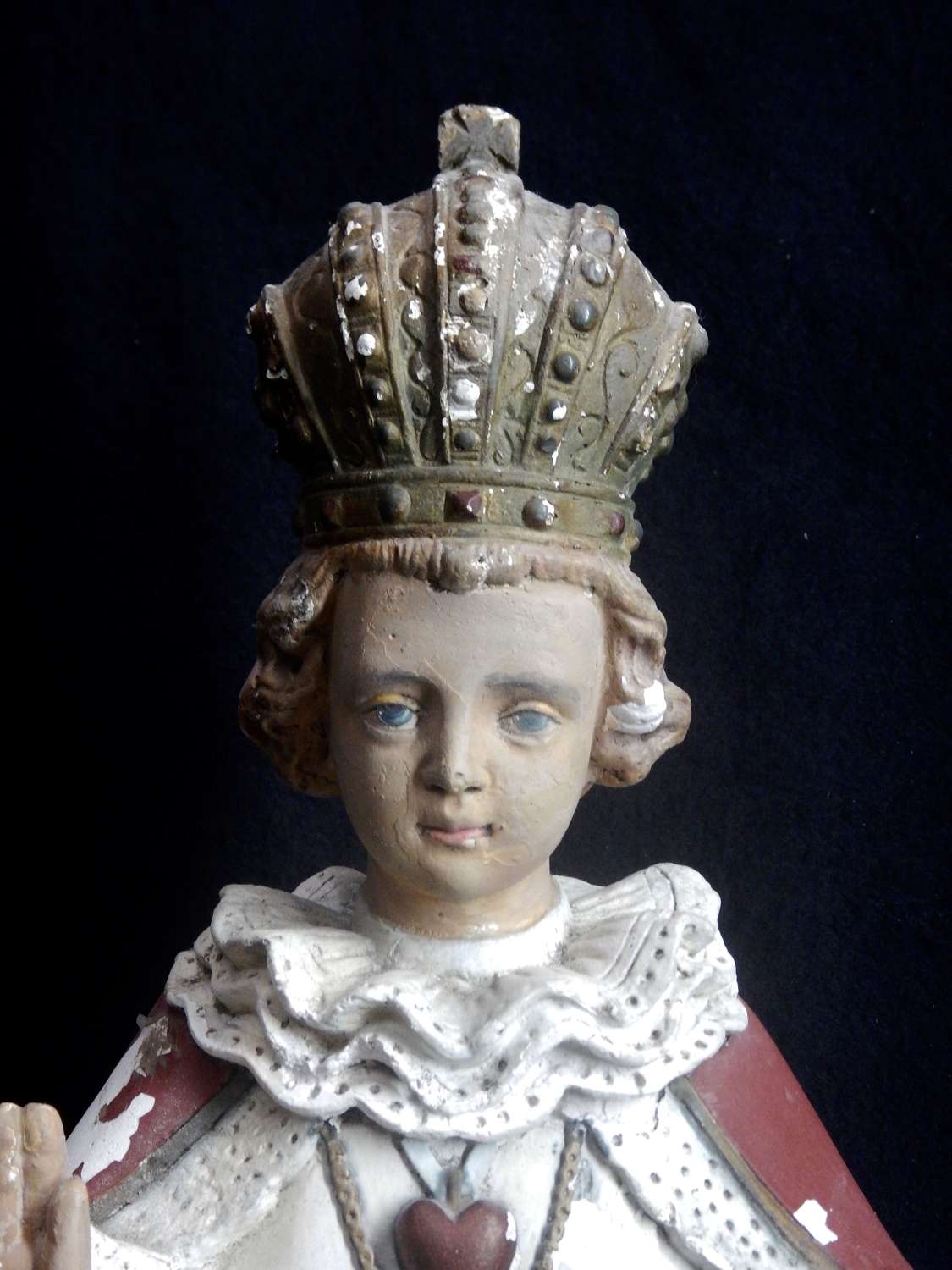 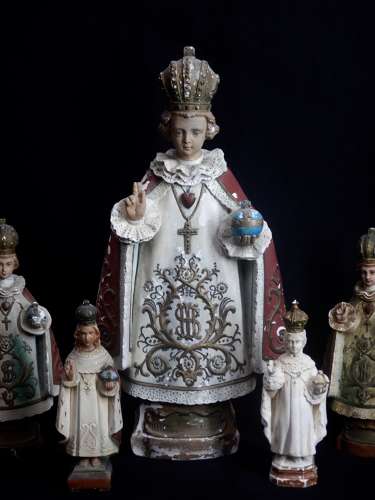 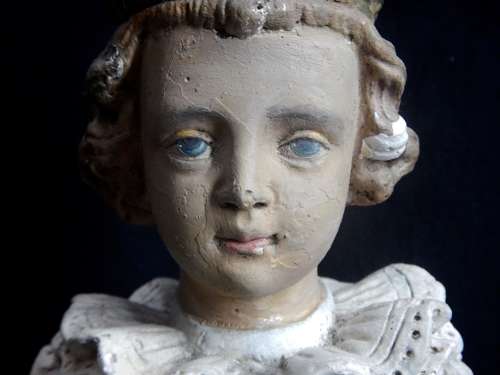 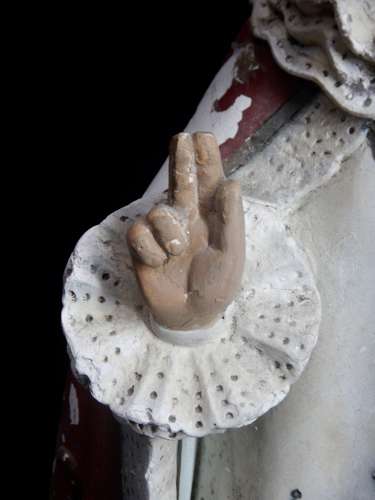 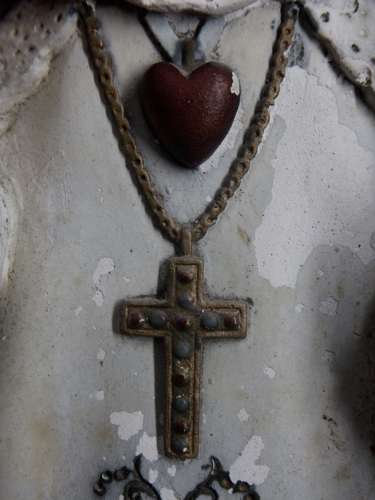 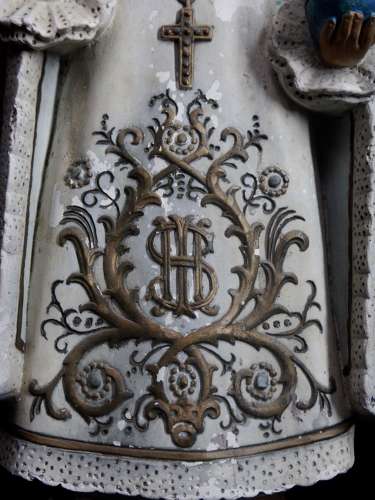 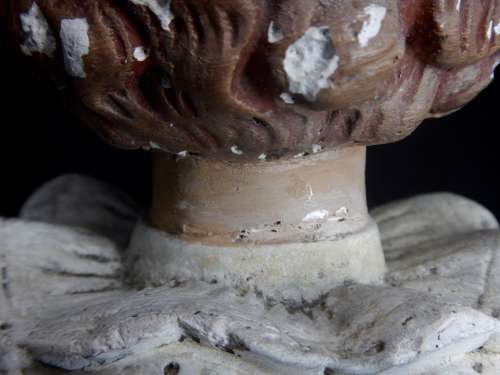 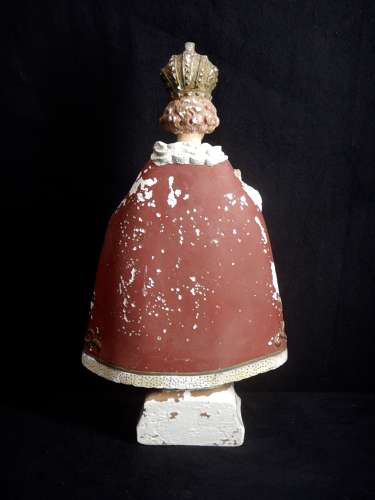 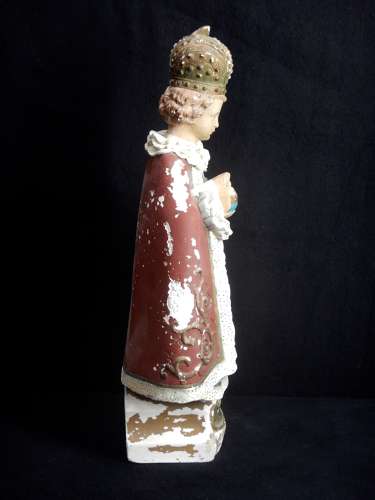 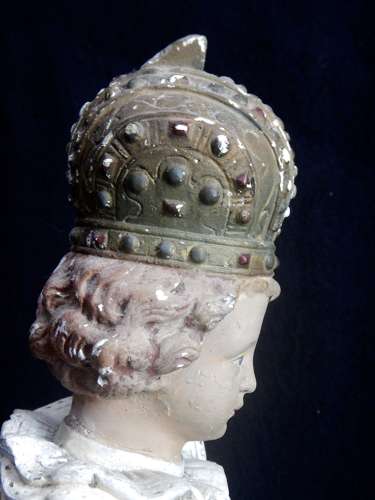 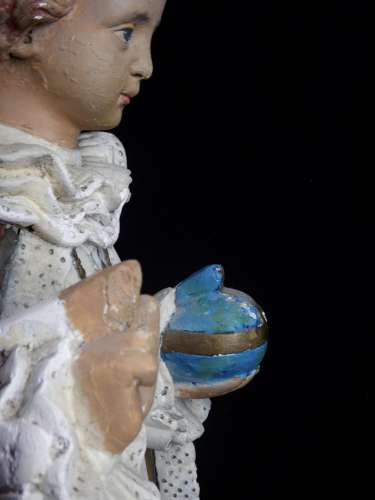 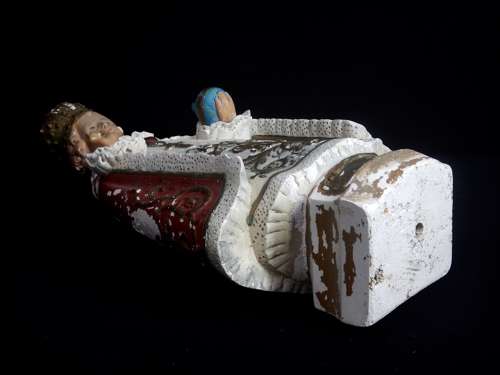 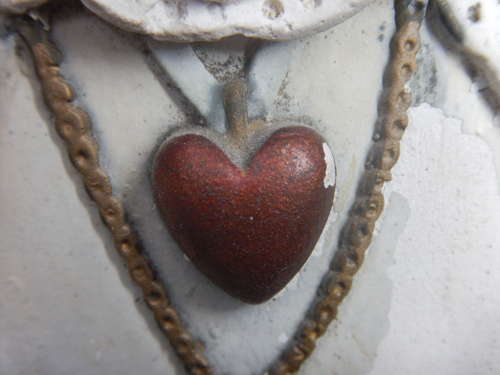 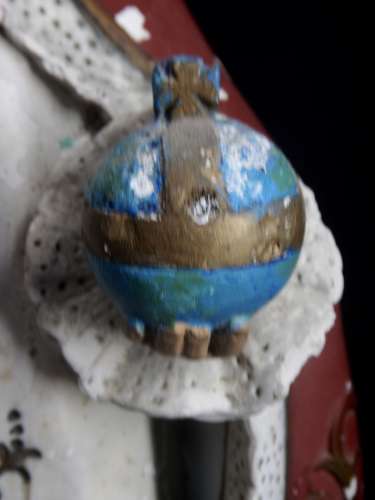 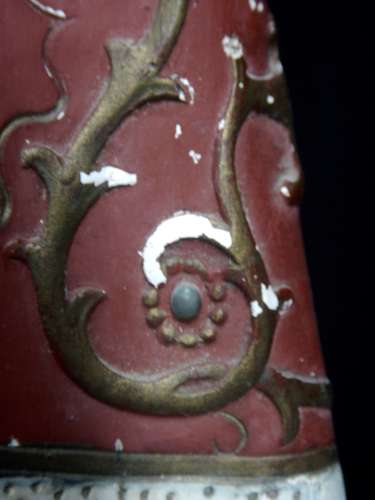 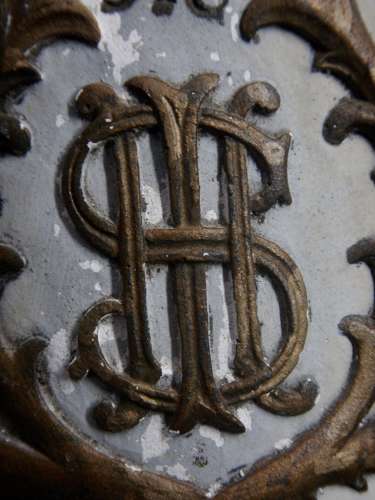 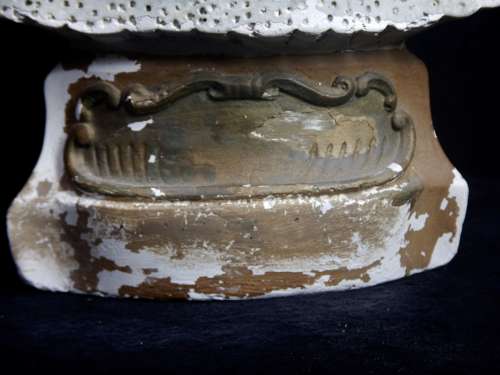 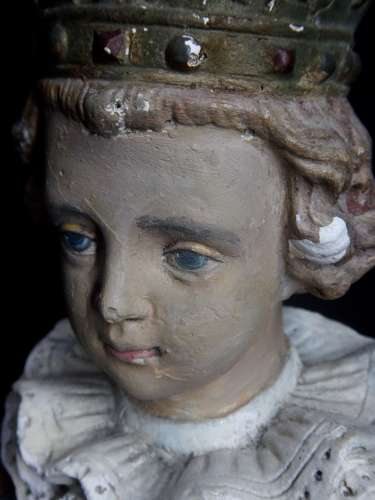 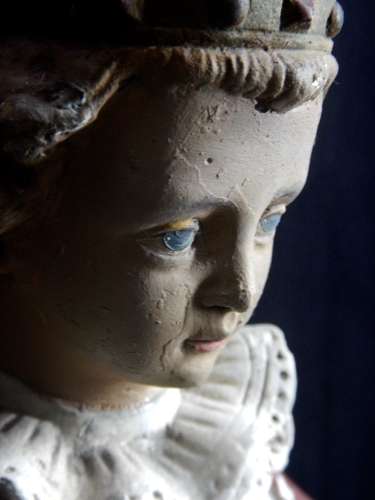 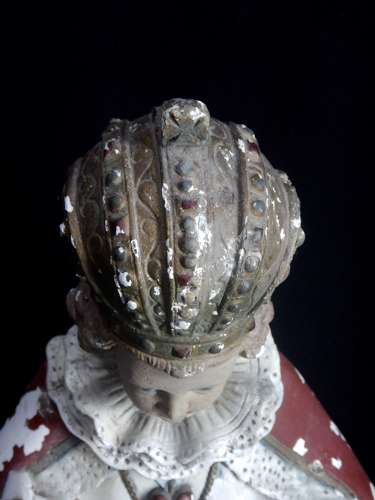 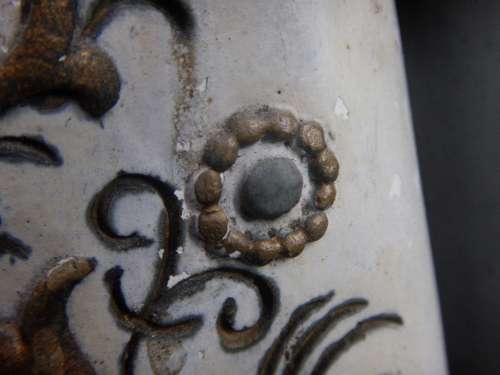 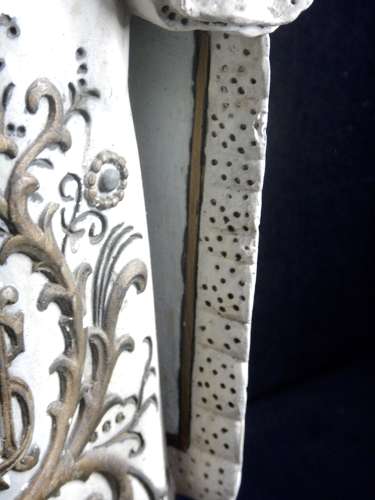 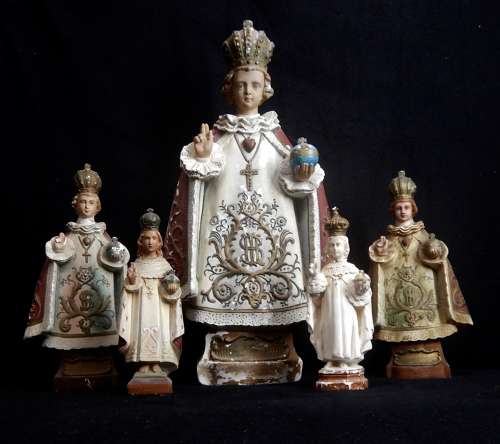 A larger than average Irish Plaster or Chalk Ware freestanding statue of The Child of Prague that came to us from a former Convent in the South East of County Cork, here in Ireland. The statue had been on display in the Convent for many years and has the general wear that might be expected; he was made in Ireland in the late 1800's - around 1870 from what we can gather.

The statue is made of plaster, or chalk ware and is hand painted. There are chips to the polychrome colouring, especially at the back of the Child's cloak, where it has rubbed against a stone wall in the Convent. There is loss of colour on the base where it has been painted in a bronze/gold colour and has been handled many times.Overall, there is wear to the paint and material of the statue that would be expected, both with the age and also the location - over one hundred years in an unheated stone Chapel. That said, the hand painted Face of the Child is in remarkably good condition and it is clear that this has been an expensive item, produced with great skill and craftsmanship. The statue is intact with no repairs. It is intended for interior use only.

The Child of Prague, or the Holy Infant Jesus of Prague as He likes to be called on formal occasions, has certainly been a figure of veneration in Ireland for almost 500 years. For the Irish people, it has been a particular object of devotion.  Until well into the 20th century, almost every Catholic home in Ireland would have had a Child of Prague statue.  The Child was introduced to Ireland by the towering figure of Francis Moylan, Bishop of Cork in the 18th century, and according to tradition
THE POWER OF THE STATUE IS STRONGEST IF ITS HEAD HAS BEEN KNOCKED OFF — BUT THIS HAS TO HAPPEN ACCIDENTALLY.

Your purchase will be carefully packed in recycled wrappings where possible and despatched by An Post or Courier Service.
*** THE PRICE INCLUDES TRACKED INTERNATIONAL DELIVERY ***