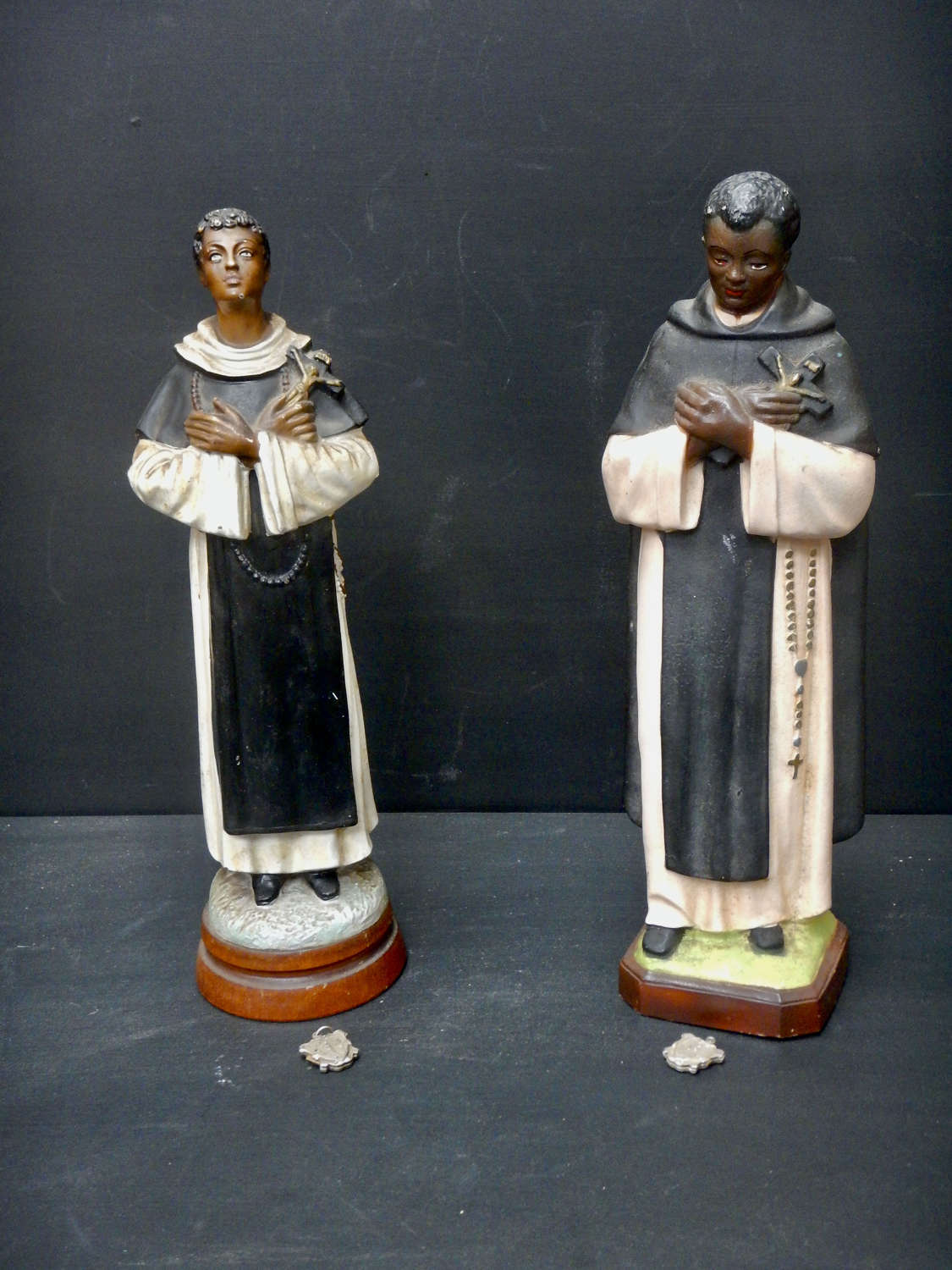 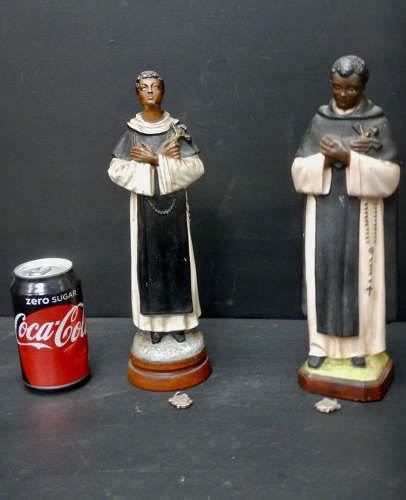 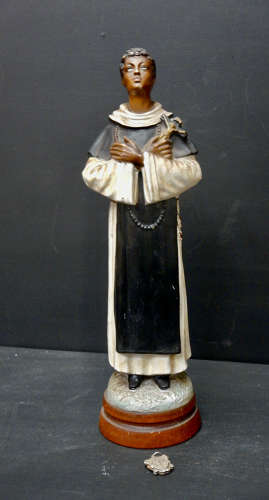 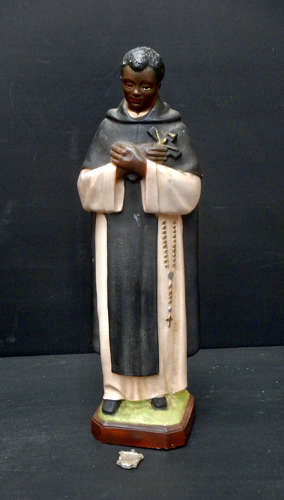 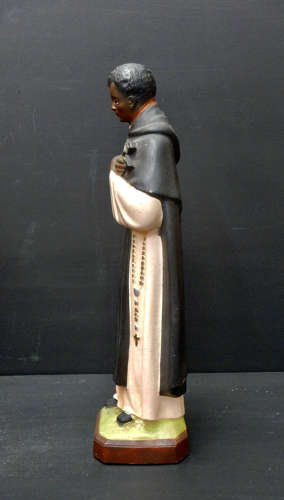 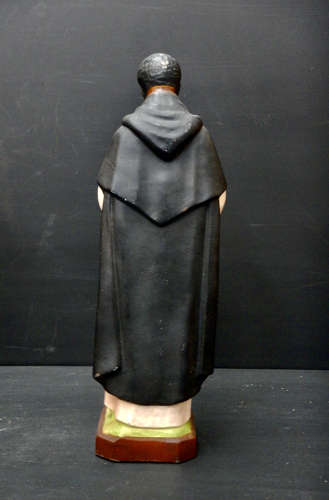 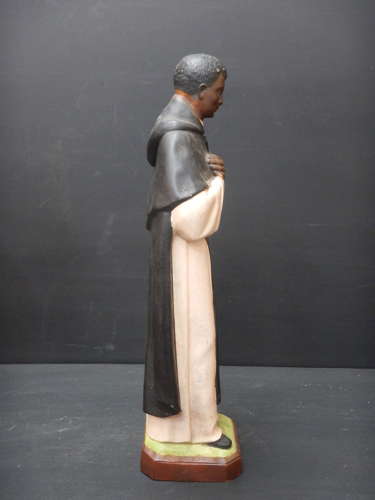 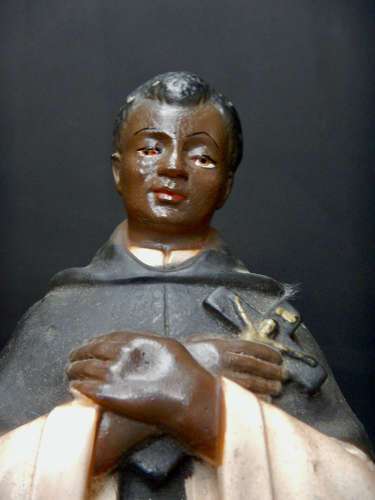 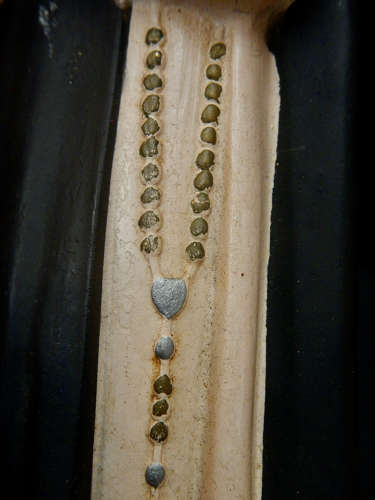 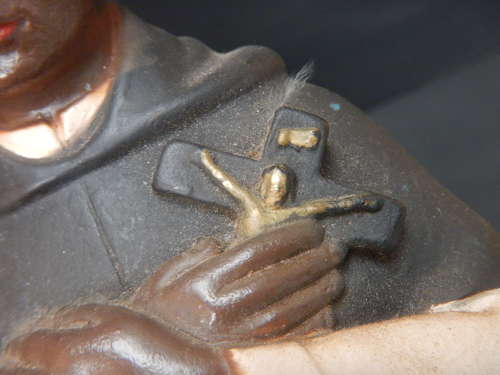 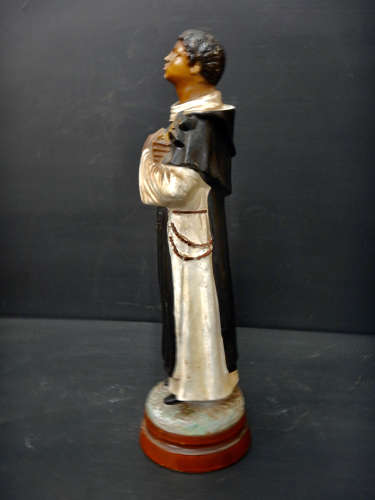 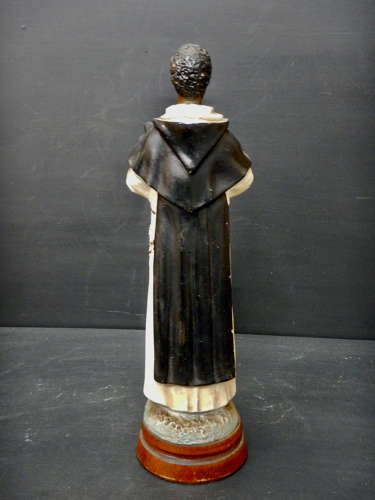 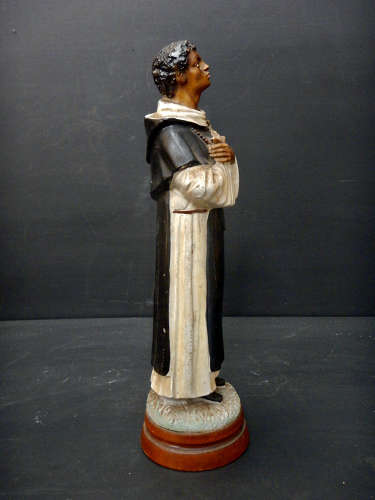 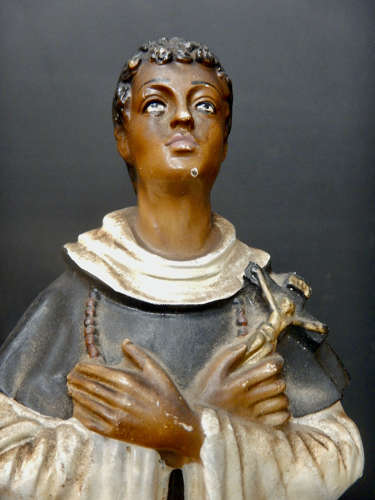 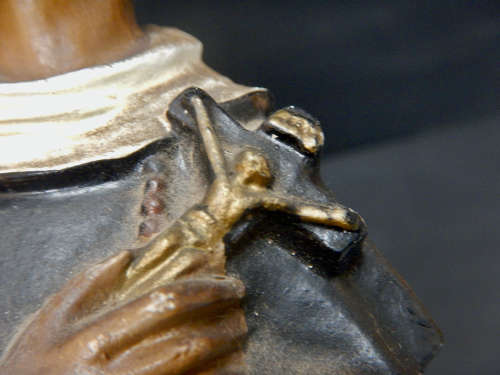 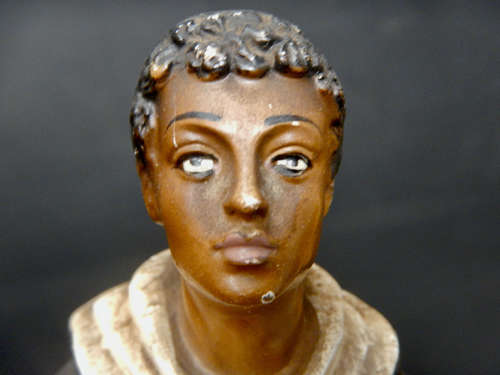 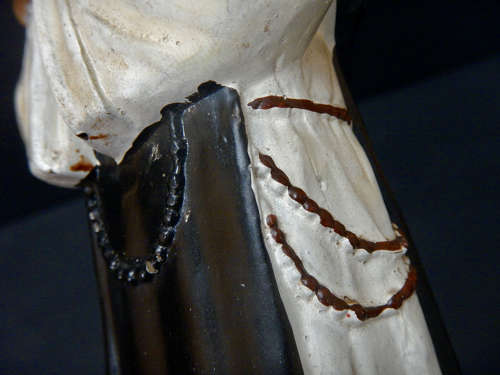 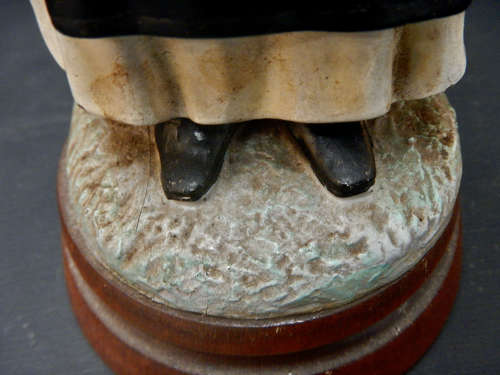 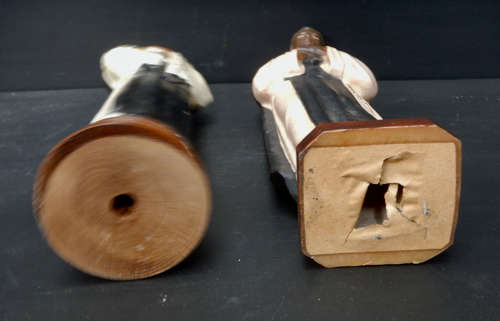 Beautifully made, antique paper maché or wood pulp statues of St Martin De Porres.  One had TWO French locket medals around the neck, hanging on a cotton thread, each with a tiny sample of the earth from St Martin's grave. So we have split them up to give the statues one locket medal each.

As with others we have sold one originated in a pub whilst the other a convent. They have not been cleaned or retouched in any way so still retain the years of dust that give them their true character. These are by far the best St Martin De Porres statues we have ever found, and they would make a great gift for a Bartender, Barber or Health Worker - being the Patron Saint of those trades. A man of great benevolence, he is credited with seeking peace and racial harmony.

St. Martin de Porres was born in Lima, Peru, to Don Juan de Porres, a Spanish nobleman and adventurer, and Ana Velasquez, a freed daughter of slaves from Panama. His father abandoned the family when Martin and his sister, Juana, were very young. Ana Velasquez supported her children by taking in laundry.
Martín de Porres Velázquez OP, came to us on the 9th of December 1579  and died 3rd of November 1639 was a Peruvian lay brother of the Dominican Order who was beatified in 1837 by Pope Gregory XVI and canonized in 1962 by Pope John XXIII. He is the patron saint of mixed-race people, barbers, innkeepers, public health workers, and all those seeking racial harmony.
He was noted for his work on behalf of the poor, establishing an orphanage and a children's hospital. He maintained an austere lifestyle, which included fasting and abstaining from meat. Among the many miracles attributed to him were those of levitation, bilocation, miraculous knowledge, instantaneous cures, and an ability to communicate with animals.

We have a choice to the two statues so please choose left or right and are priced individually. They are as you can see identical in size etc, just the colours are slightly different and the bases. The Dimensions are 12" /300mm high, 3.5" / 85mm wide, 3" / 75mm deep and weigh 400grms / 0.8lbs.

Your purchase will be carefully packed in recycled wrappings where possible and despatched by An Post or Courier Service.