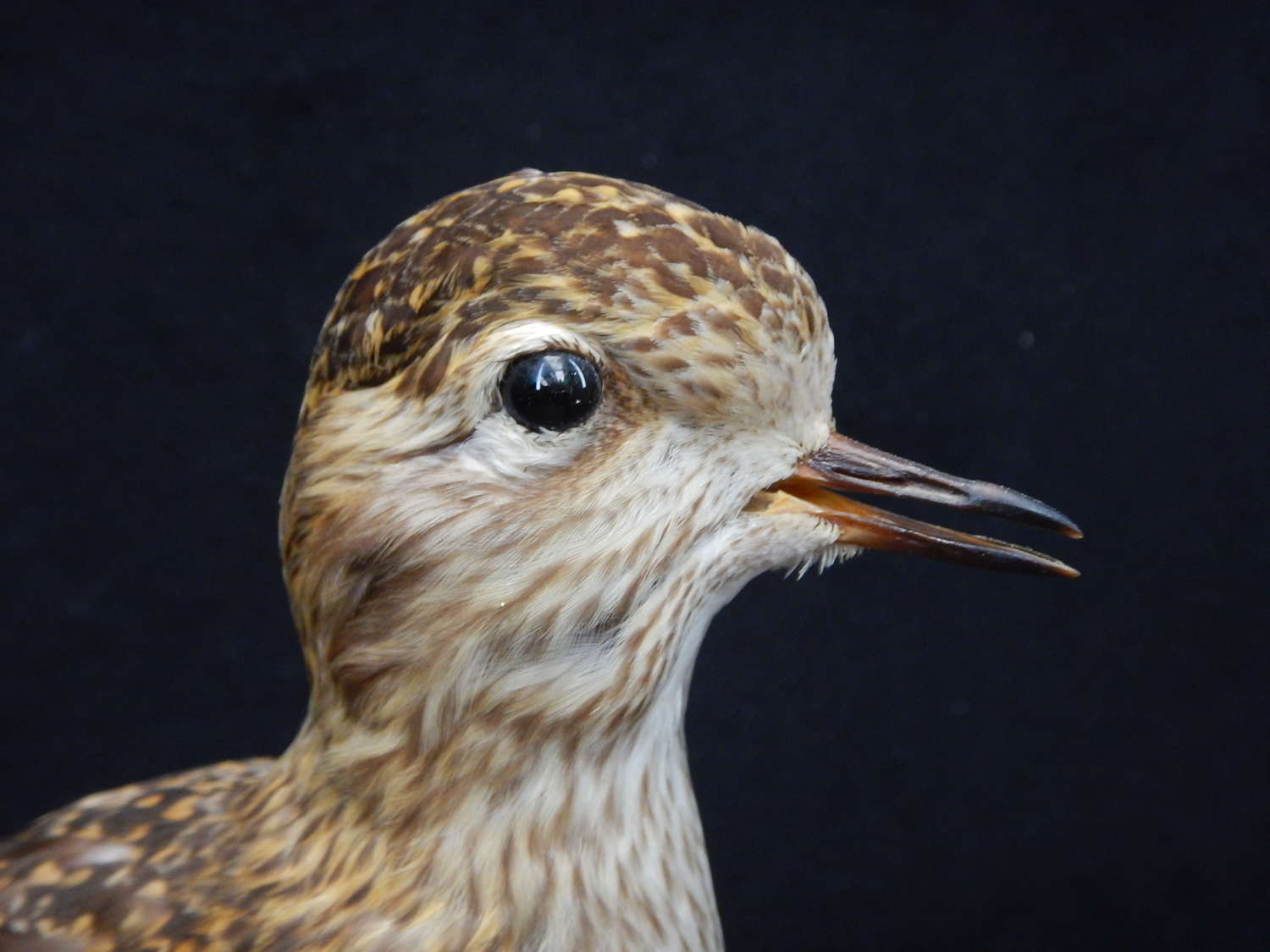 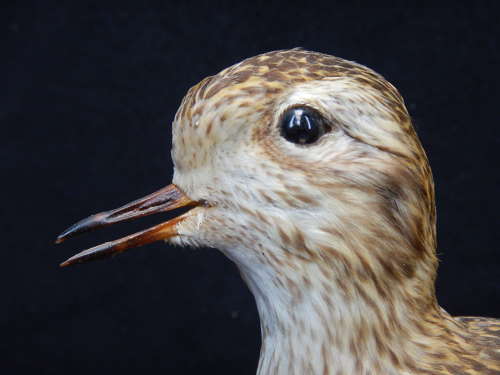 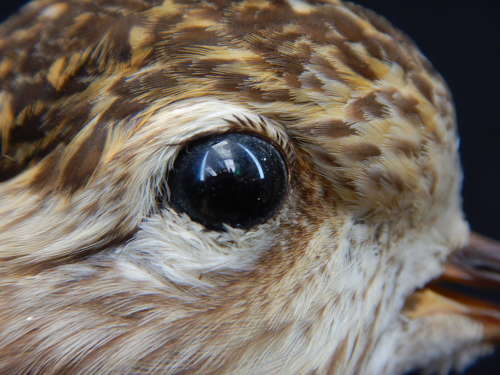 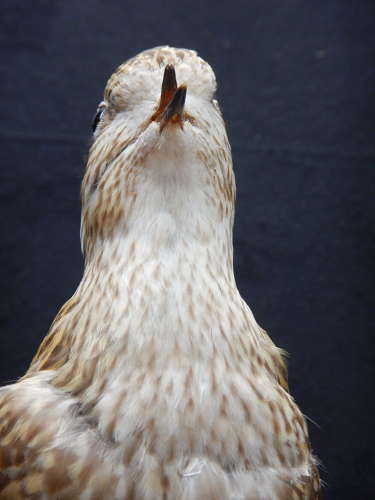 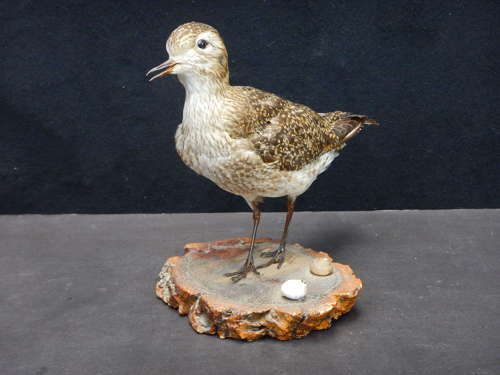 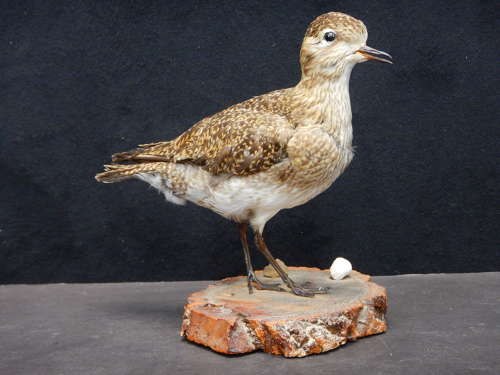 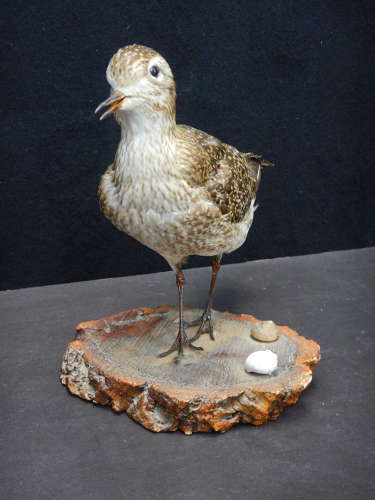 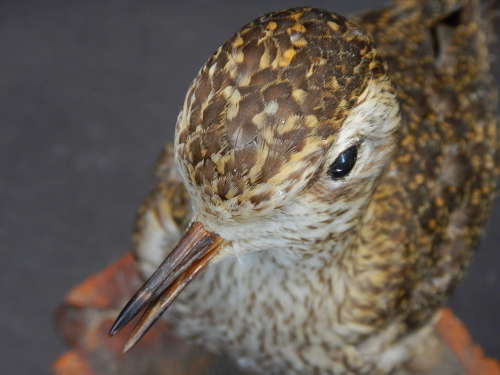 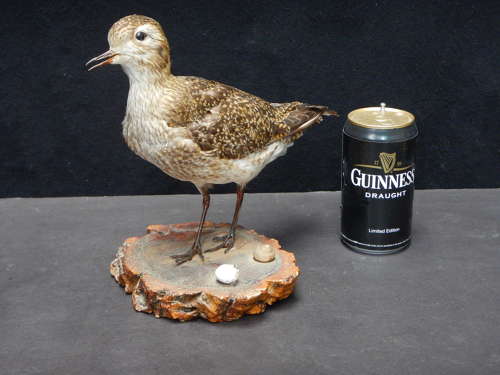 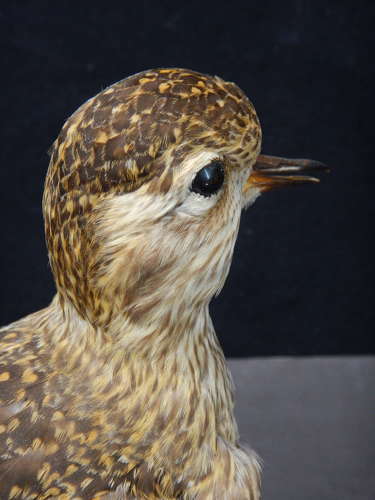 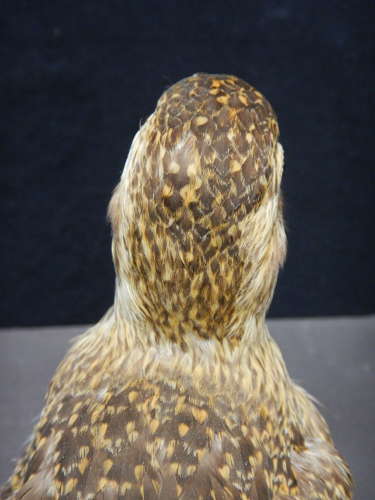 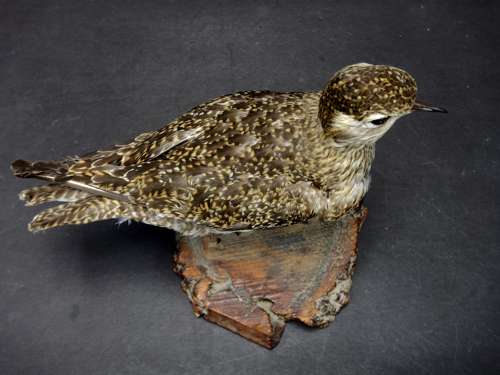 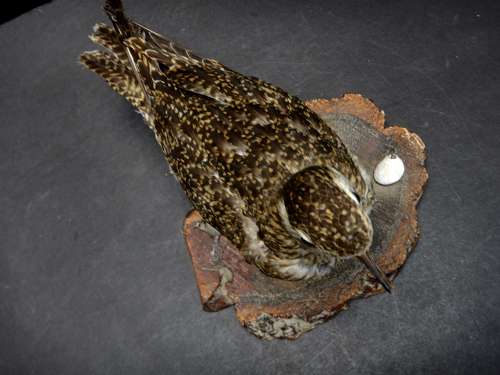 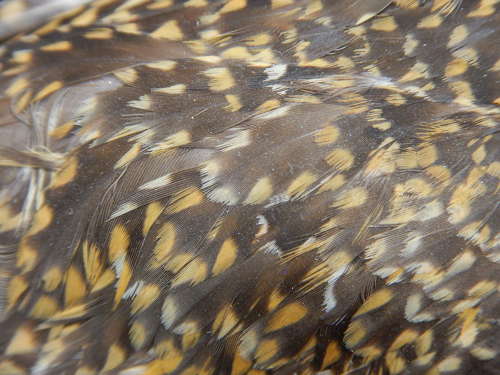 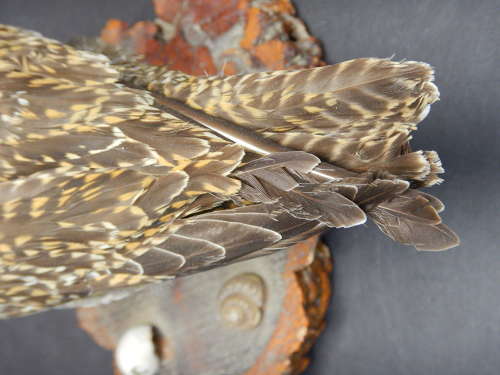 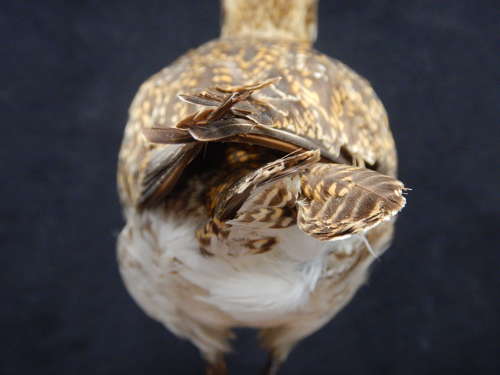 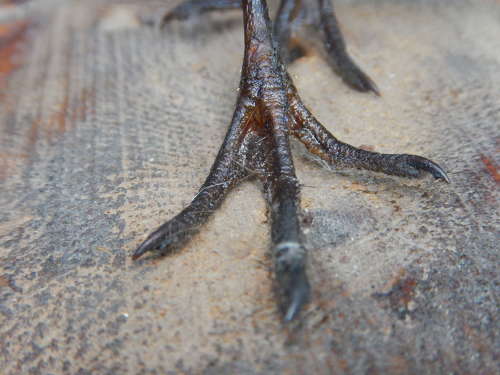 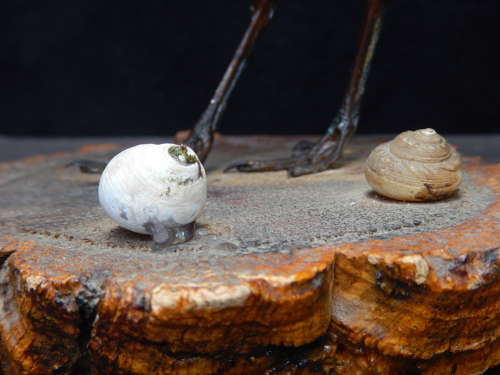 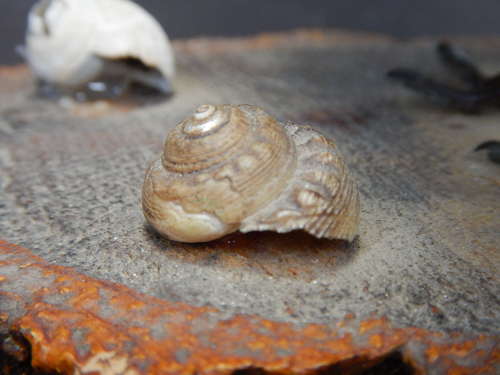 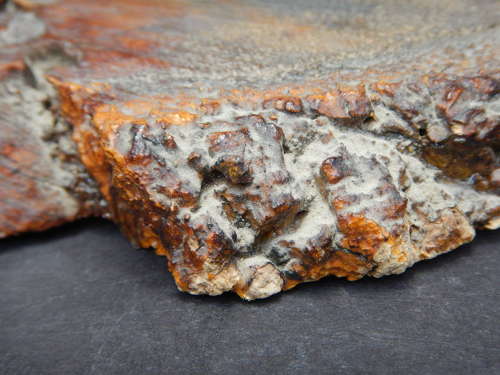 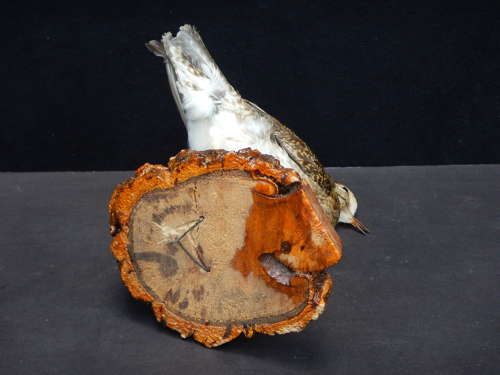 This lovely little French bird, believed to be a juvenile, is a fine example of the Eurasian Golden Plover. Pluvialis apricaria, also known as the Eurasian golden plover or just the Golden Plover within Europe is quite thickset, with its wings only being slightly longer than its tail. Its most distinct adult feature is a white "s"-shaped band stretching from its forehead to its flanks, though this is less prominent in the juveniles. On 10 November 1951, Sir Hugh Beaver, then the managing director of the Guinness Breweries became involved in an argument over which was the fastest game bird in Europe, the golden plover or the red grouse. (It is the Golden Plover). A Guinness employee told Sir Hugh of two twin brothers, Norris and Ross McWhirter, who had opened a fact checking agency in London. Sir Hugh interviewed the brothers and, impressed by their prodigious knowledge, commissioned and later published the first Guinness World Records.

The Golden Plover often spends summers in Iceland, and according to Icelandic Folklore, when the first Plover is sighted, it means that Spring has arrived.
This pretty little female is in completely original condition, mounted on a slice of rustic pine complete with rough bark and a couple of small shells, and stands at 9.5" high and is 9.5" long and 7.5" deep. It weighs around 300 grammes without any packaging.