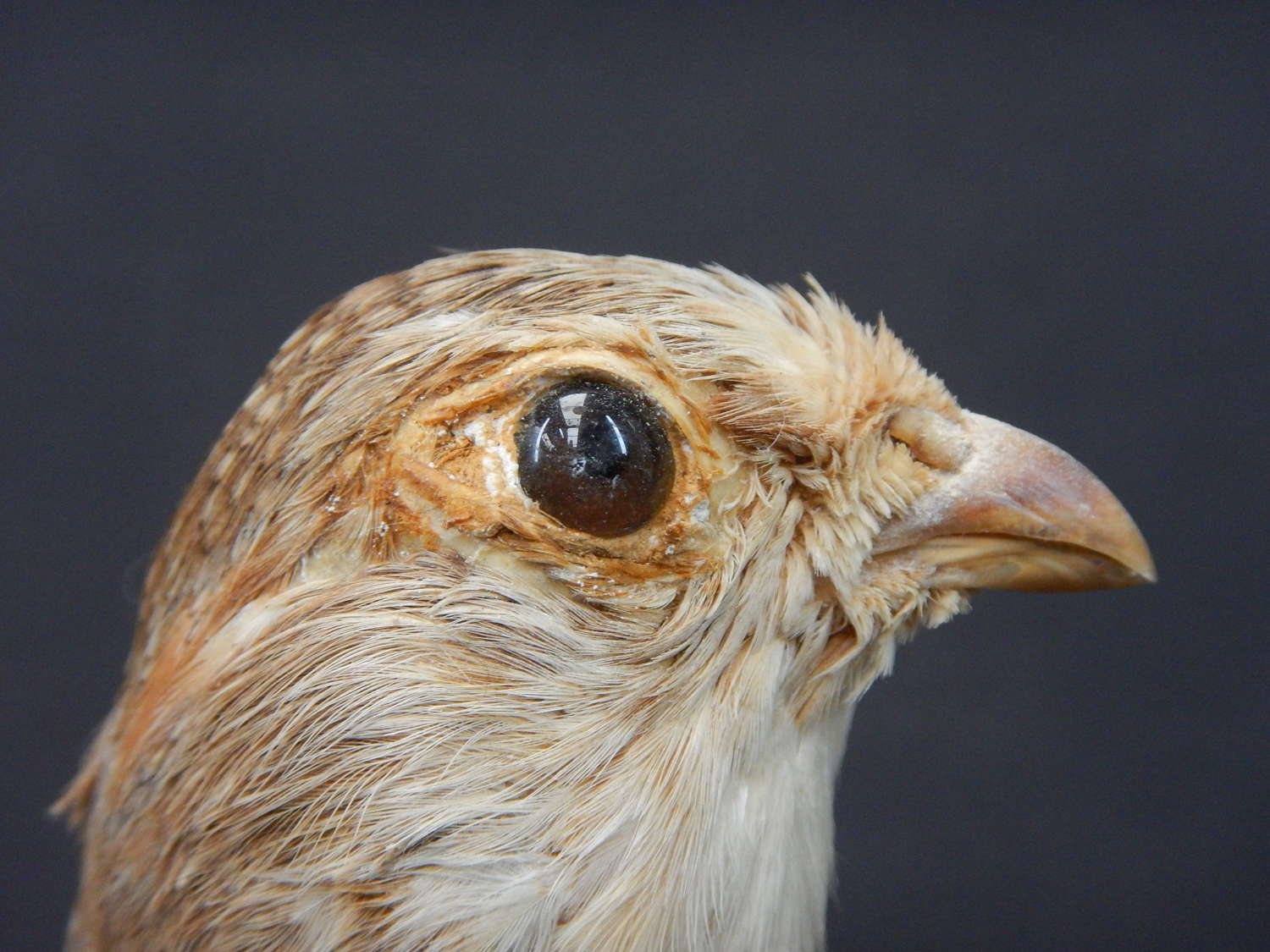 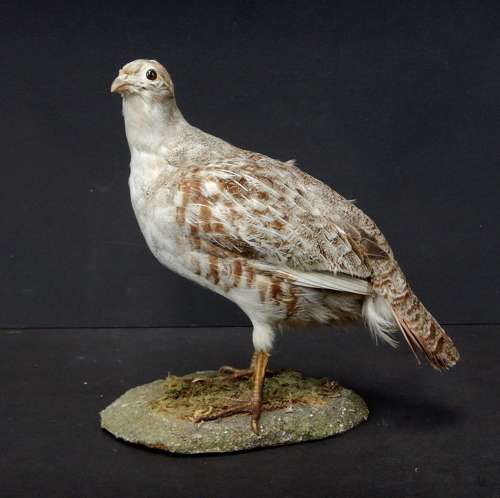 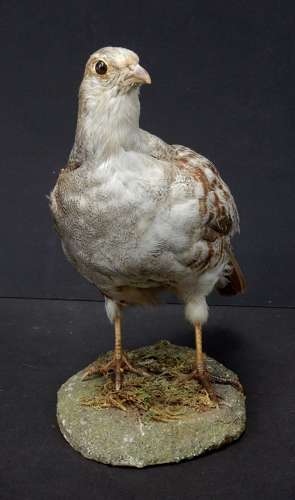 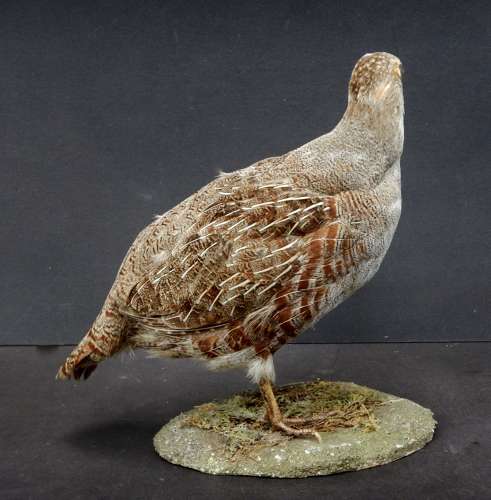 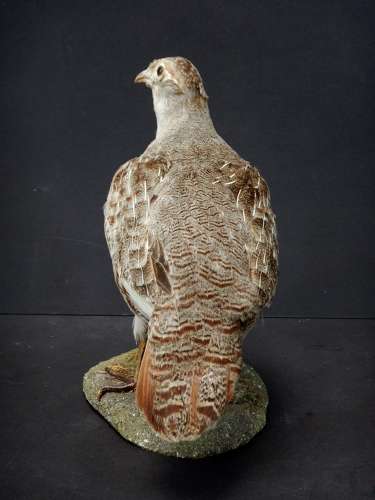 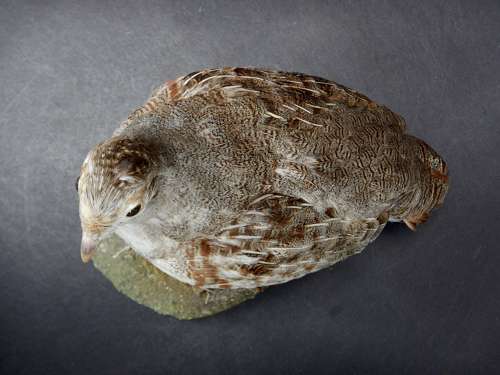 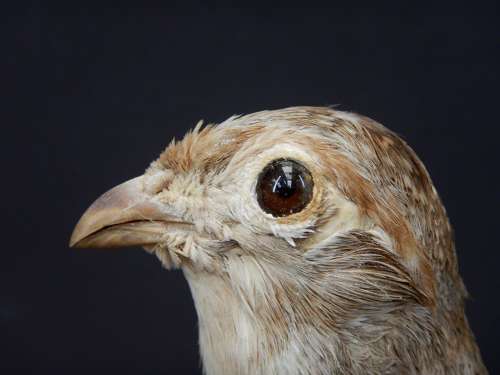 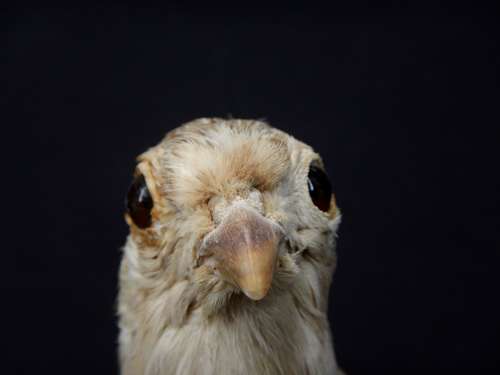 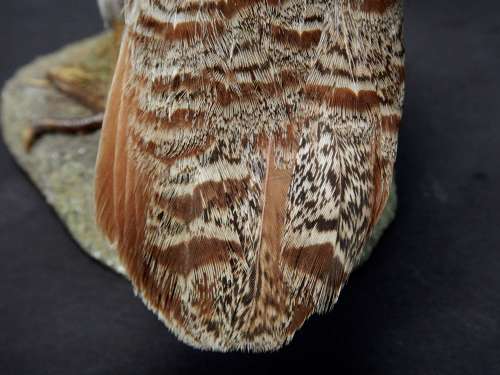 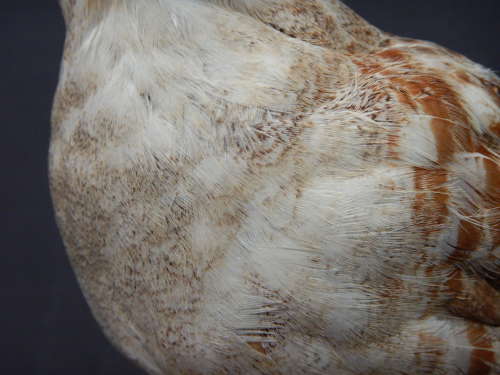 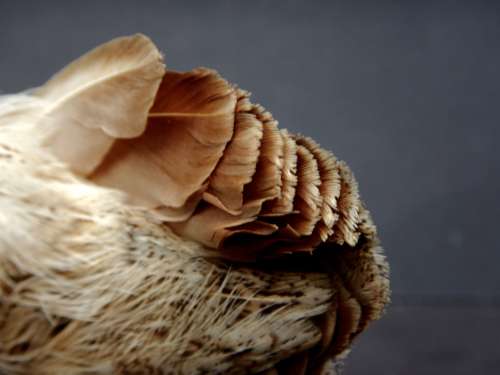 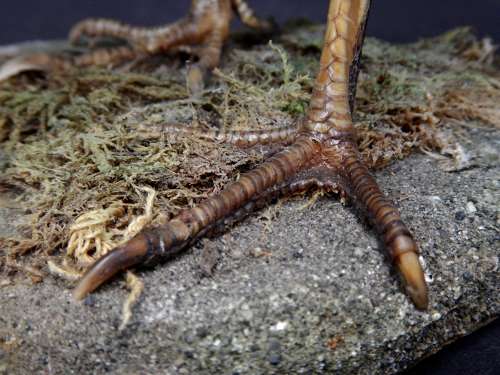 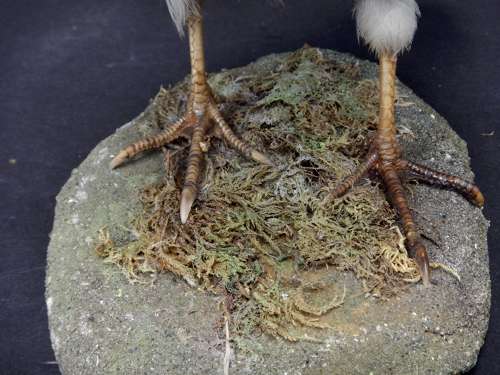 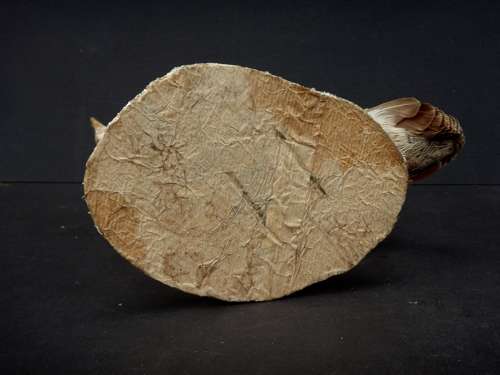 This very beautiful example of a  Grey Partridge comes from County Waterford in the Republic of Ireland on its original base, made of paper maché. Originally mounted in the Nineteen-Twenties, this little Partridge and its friend a Long Eared Owl ( see separate listing ) spent most of their time on display in a public house / shop in a village in County Waterford. During that time they were usually displayed in the show window of the pub, and became a little faded on one side from exposure to sunshine.  This only adds to the story and character of the birds. Older, more traditional pubs here in Ireland often have display windows - to stop people being able to look in and see if their husband (or someone else's husband!) was inside drinking in the middle of the day. These show windows were filled with all sorts of items from foodstuffs to small farm implements. We have seen many that have remained with the same items untouched and uncleaned for more than ten years. This lovely Grey  Partridge has been posed by a professional taxidermist and set in a very natural position. This is an excellent specimen in lovely condition. A beautiful bird to add to, or start, a fine collection.

Taxidermy items on this site are vintage and often antique. The Grey Partridge is a gamebird in the pheasant family Phasianidae of the order Galliformes. It is sometimes known as the English Partridge, to distinguish it from the French or Red Legged Partridge. The Grey Partridge is believed to be in decline across its range here and is now on the red list of endangered birds, however things are starting to look up with an increase in numbers in the Offaly region of Ireland.