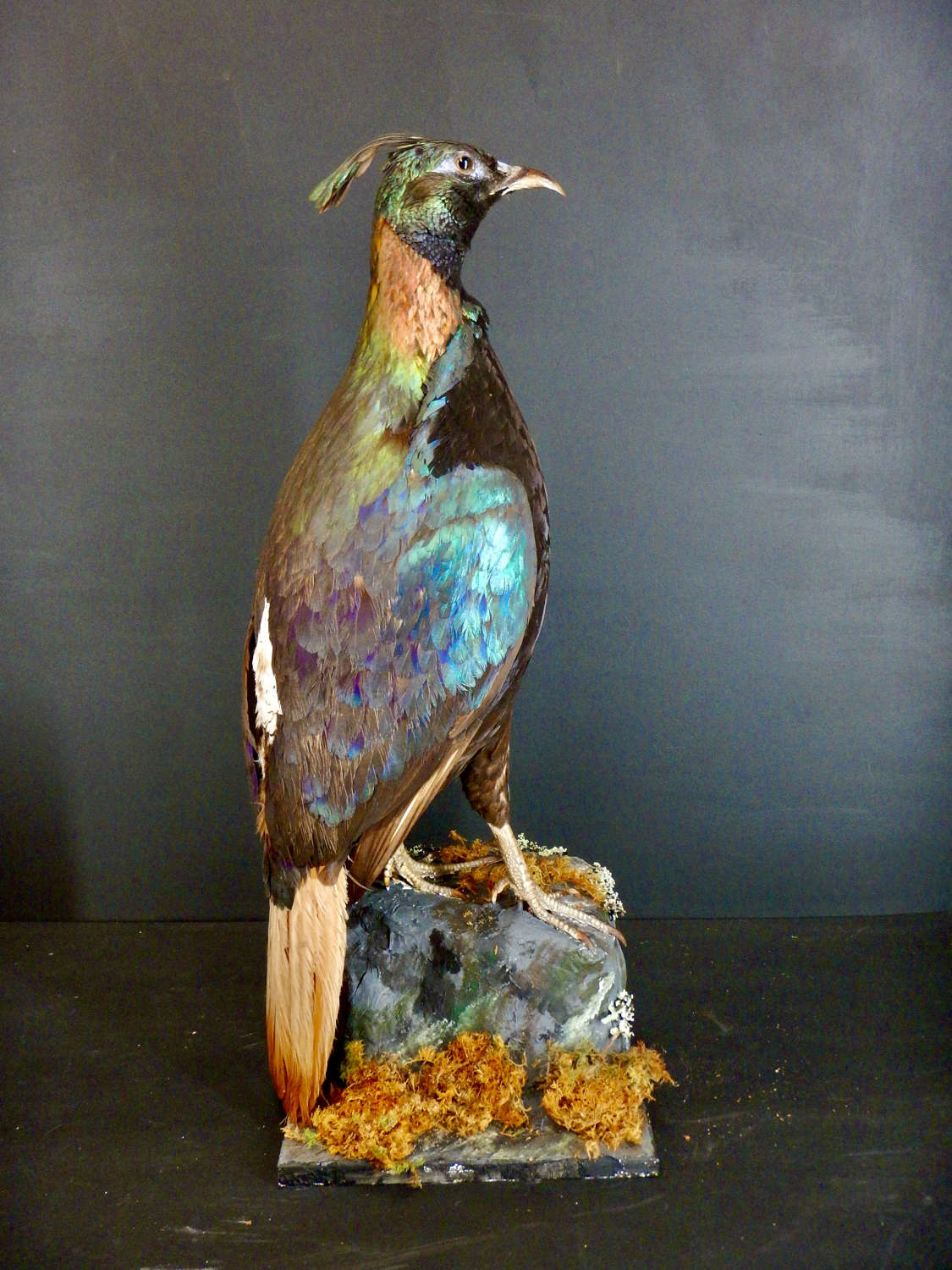 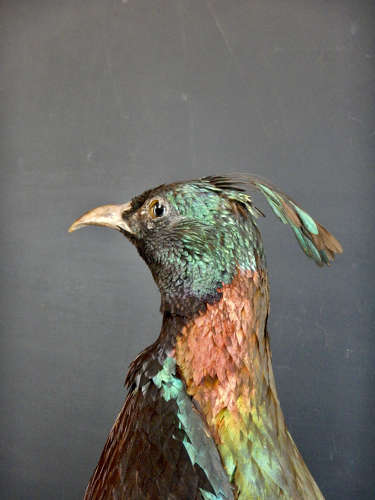 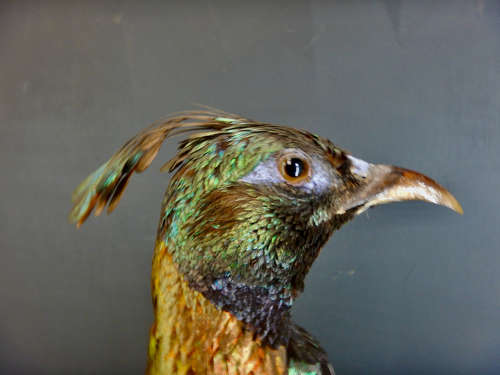 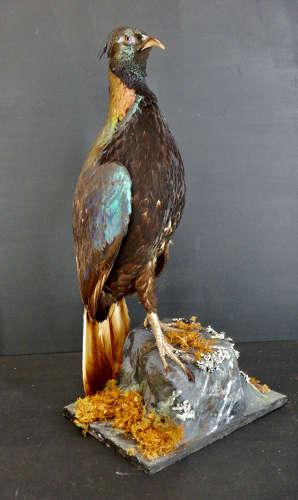 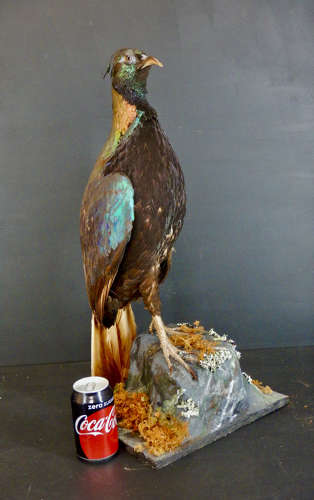 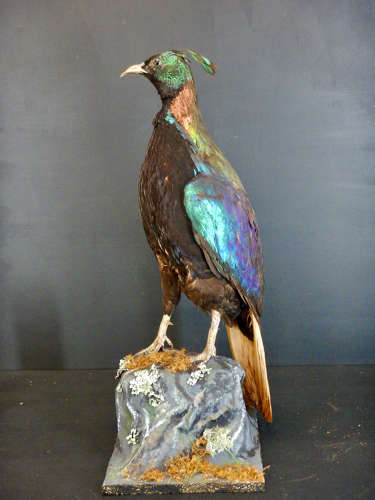 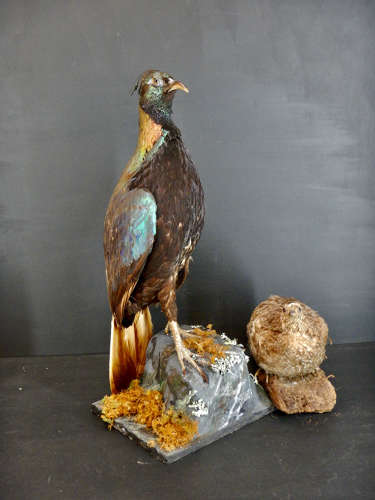 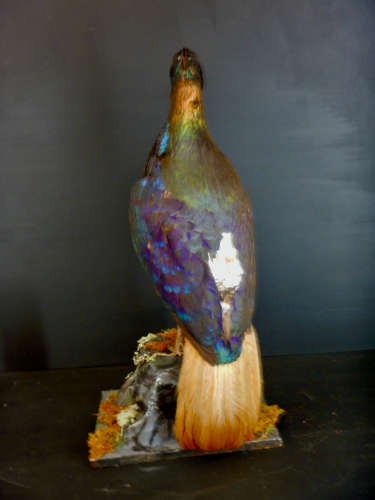 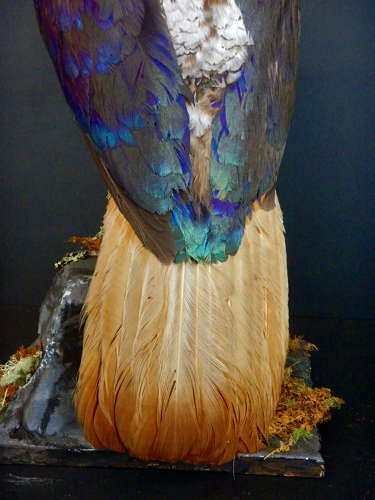 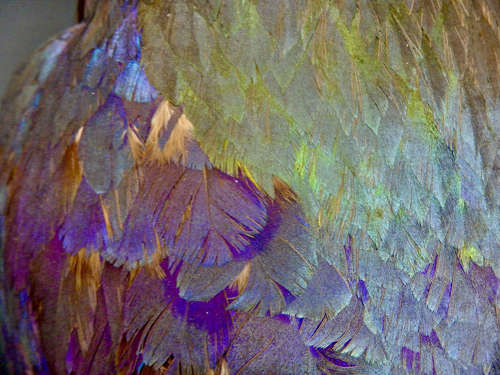 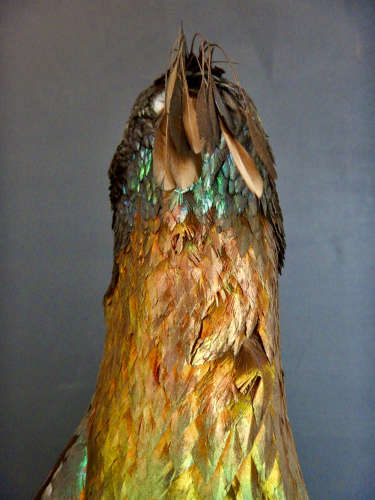 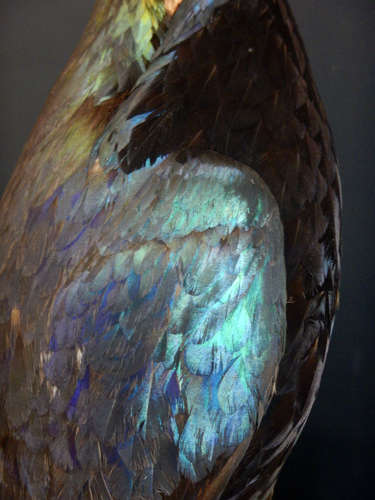 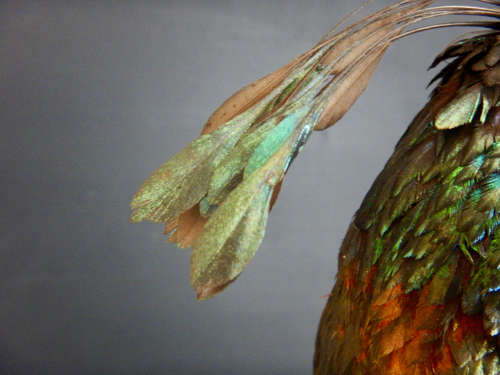 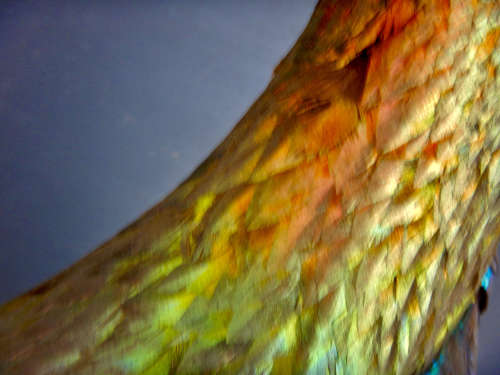 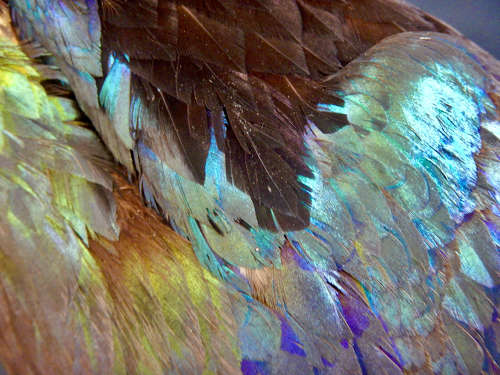 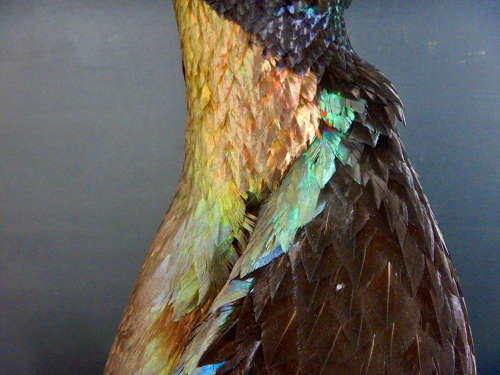 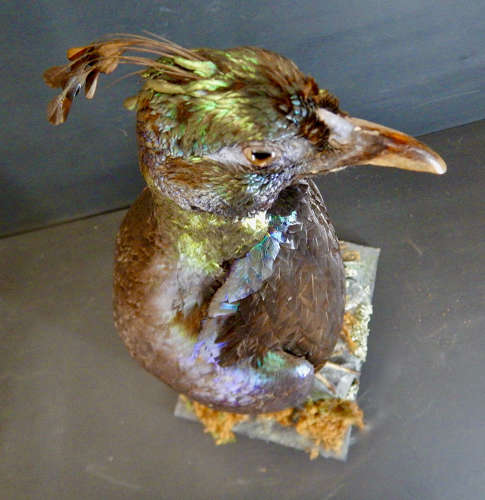 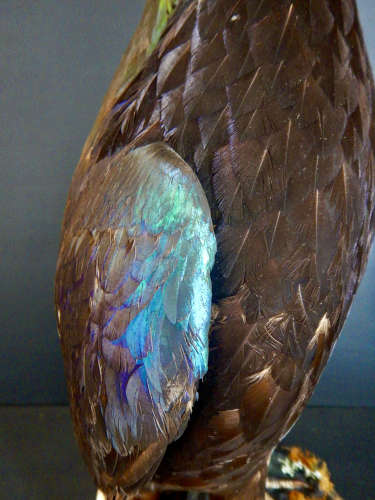 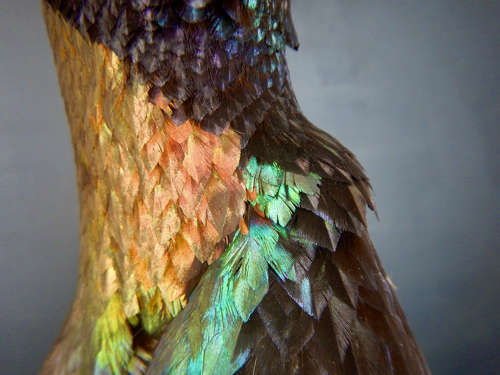 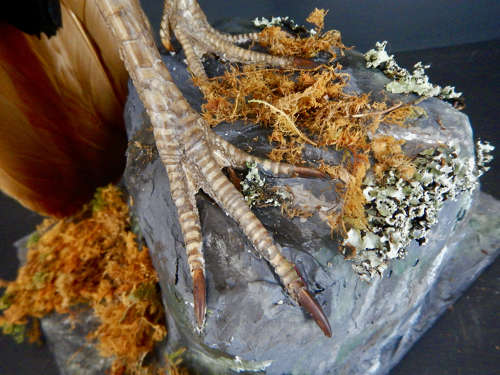 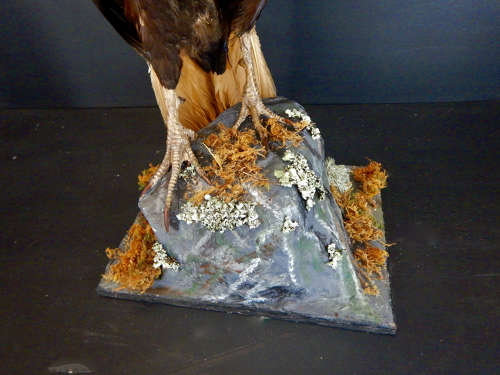 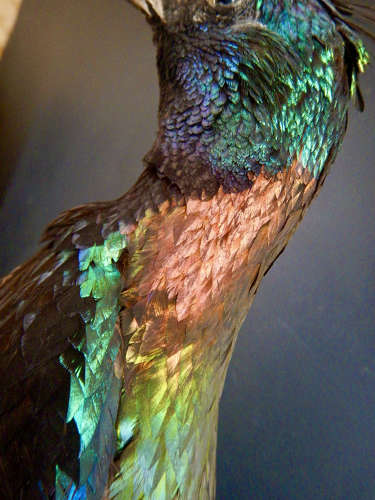 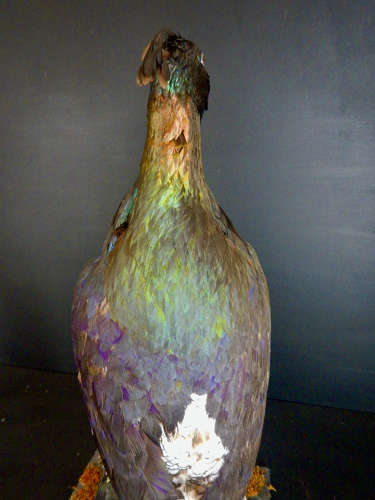 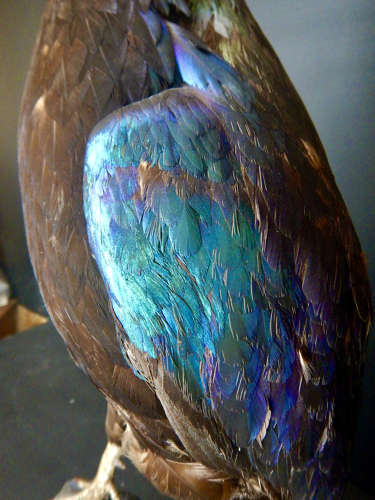 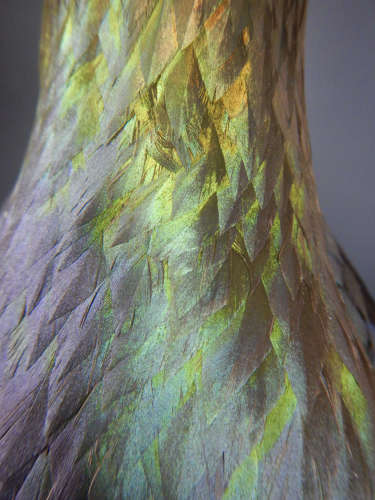 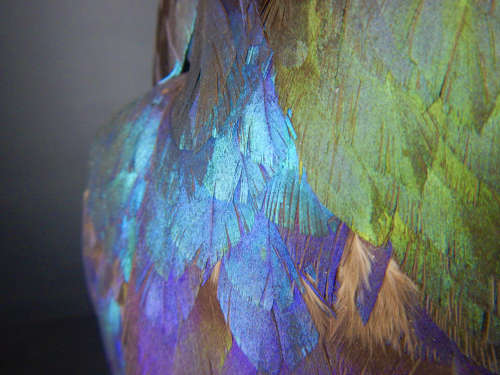 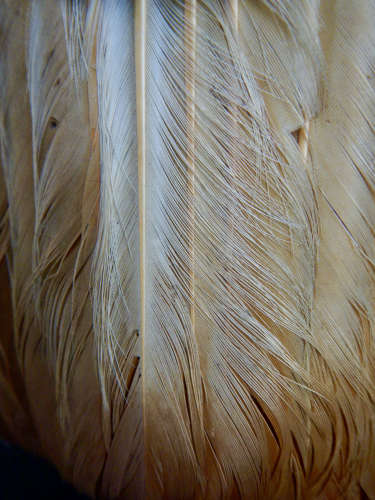 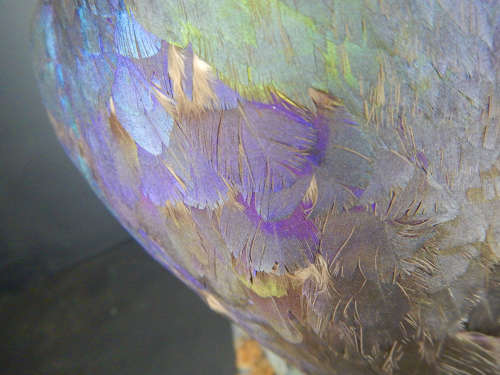 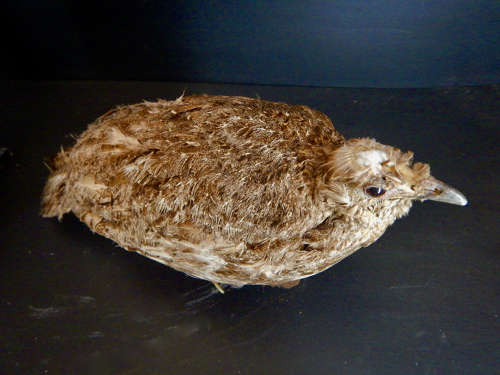 This gorgeous male specimen hails from a Taxidermy collection within an old Irish Country House where we managed to purchase the whole collection - this is a great examples from around 1900. We collected almost two dozen examples of pheasants alone with a few being sold to collectors we already have on our books, before we managed to list them. Sadly this guy needed a lot of cleaning as he and his partner had been stored in a broken glass cases for tens of years so were grey rather than their wonderful normal colouring sadly the female is quite far gone but will be included in the sale. The base had deteriorated and so a new one was made and new papermaché applied over the turf or peat blocks he was attached too.

This Antique Male Monal Pleasant has a rather inquisitive gaze and some the most gorgeous colouring in the bird kingdom. He is a true museum piece in every sense, he was produced if that is the correct word by  Williamson and sons Naturalists of 2 Dame Street Dublin, it has all the hallmarks of their work with the use of dried peat blocks under the papermaché fake rocks on the base and the remnants of the original label was visable on the broken glass of the case.

The Himalayan monal (Lophophorus impejanus), also called Impeyan monal and Impeyan pheasant, is a pheasant native to Himalayan forests and shrublands at elevations of 2,100–4,500 m (6,900–14,800 ft). It is part of the family Phasianidae and is listed as Least Concern on the IUCN Red List. It is the national bird of Nepal, where it is known as the danphe or danfe, and state bird of Uttarakhand, India, where it is known as monal. The scientific name commemorates Lady Mary Impey, the wife of the British chief justice of Bengal, Sir Elijah Impey.

It is a relatively large-sized pheasant. The bird is about 61 cm (24 in) long. The male weighs up to 2,380 g (84 oz) and the female 2,150 g (76 oz). The adult male has multicoloured plumage throughout, while the female, as in other pheasants, is more subdued in colour. Notable features in the male include a long, metallic green crest, coppery feathers on the back and neck, and a prominent white rump that is most visible when the bird is in flight. The tail feathers of the male are uniformly rufous, becoming darker towards the tips, whereas the lower tail coverts of females are white, barred with black and red. The female has a prominent white patch on the throat and a white strip on the tail. The first-year male and the juvenile resemble the female, but the first-year male is larger and the juvenile is less distinctly marked.