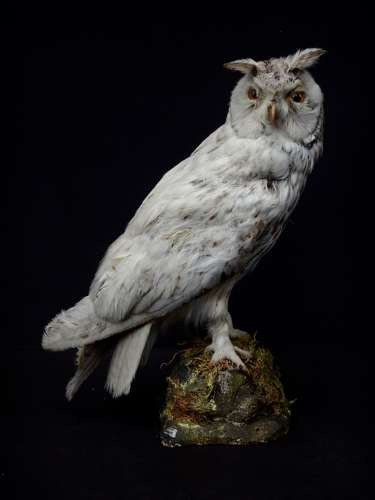 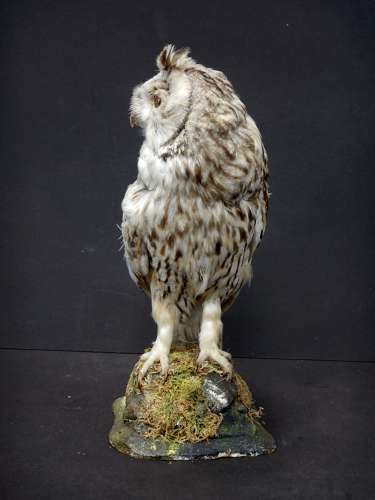 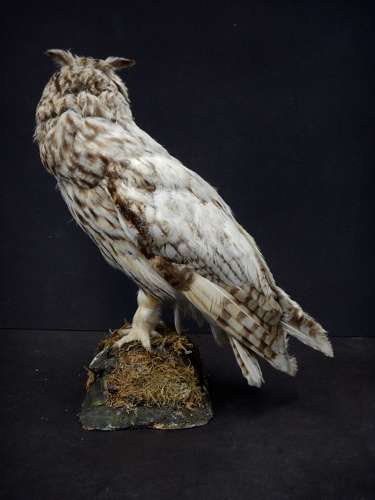 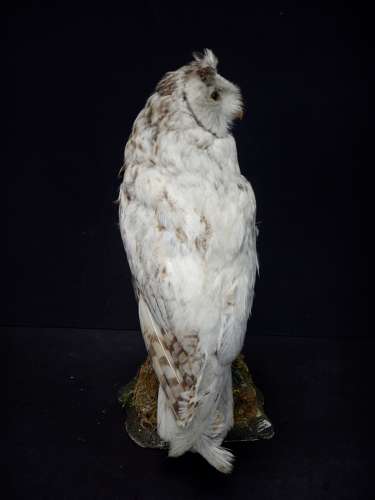 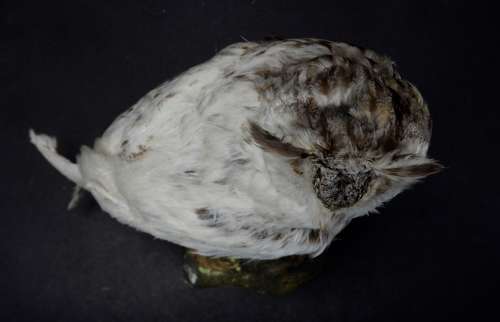 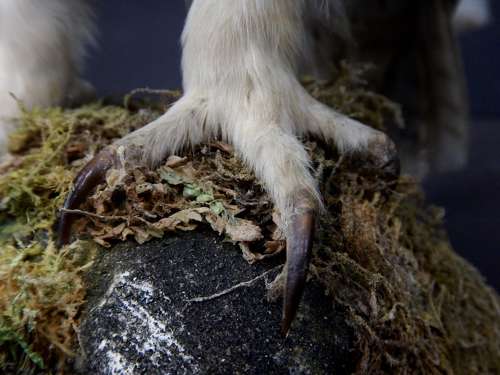 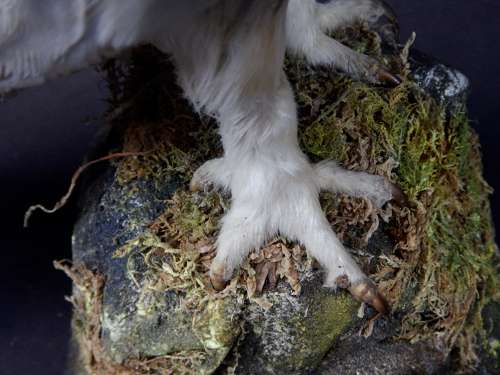 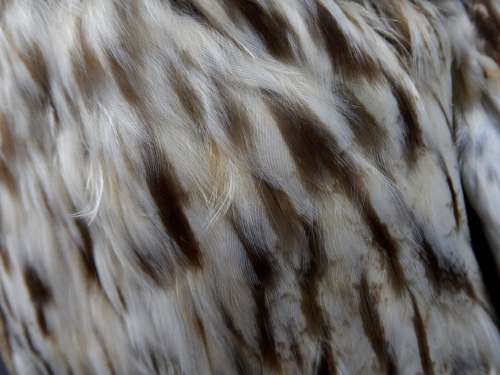 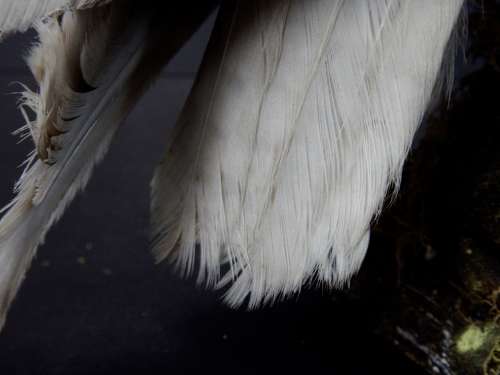 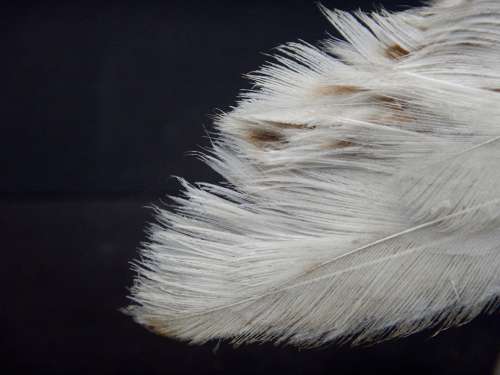 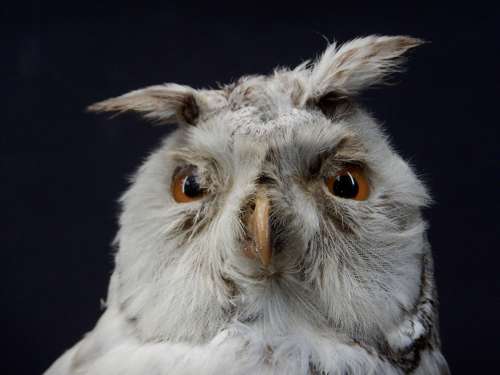 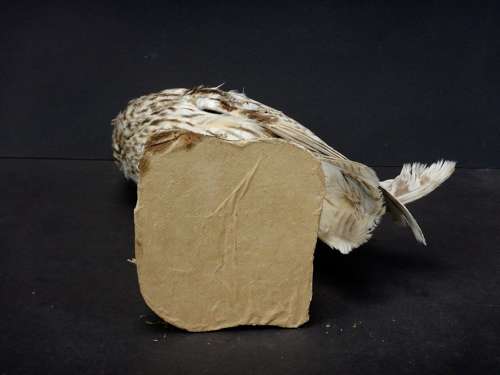 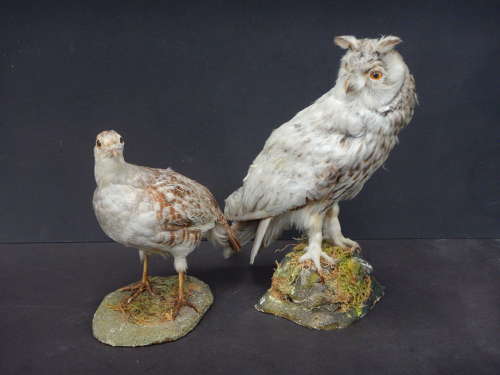 This very handsome Long Eared Owl comes from County Waterford in the Republic of Ireland. Originally mounted in the Nineteen-Thirties, this and its friend the Grey Partridge ( see separate listing ) lived most of their time on display in a public house / shop in a village in County Waterford. During this time they were on show in the show window of the pub and became a little faded on one side, which only adds to their charm and character. Lots of the older, traditional pubs in Ireland use their windows for display items with some type of solid shutter as a backdrop behind them, in order to stop people being able to look in and see if their husband - or someone who should not be there -  was inside drinking in the middle of the day. These show windows were filled with all sorts of items from foodstuffs to small farm implements. We have seen many that have remained with the same items untouched and uncleaned for more than ten years. This handsome little guy has been posed on a paper maché base by a professional taxidermist, and set in a very natural position looking off to the distance, as if for prey. This is an excellent specimen in lovely condition, a fine example that enables us to see how the design of its feathers make it able to fly without making a sound. A beautiful bird to add to, or start, a fine collection.

Ireland only has two resident owl species – the Barn Owl and the Long-Eared Owl. Of the two the Long-Eared Owl, also known as the Lesser Horned Owl or Cat Owl, is by far the most common, and is found across most of the country. It is a shy and elusive bird however, whose nocturnal habits coupled with excellent camouflage make it very difficult to spot.

Long-Eared Owls are medium body sized owls, which is smaller than you might expect – somewhat similar to a Wood Pigeon in size. The average body length is about 35 cm (c. 14 inches) and the wingspan is between 90cm and 100 cm (35 inches and 40 inches). As with most owls the females tend to be noticeably larger than the males, and have darker plumage.

The name "Long-Eared Owl" comes from the long feathered “ear-tufts” on top of the bird’s head, that the bird can raise and lower at will. These actually have absolutely nothing to do with the birds' ears, - but together with the piercing orange eyes they make the Long-Eared Owl unmistakeable when at rest.

This bird is about 15.5 inches high including the mount and weighs 663 grammes without any packaging.