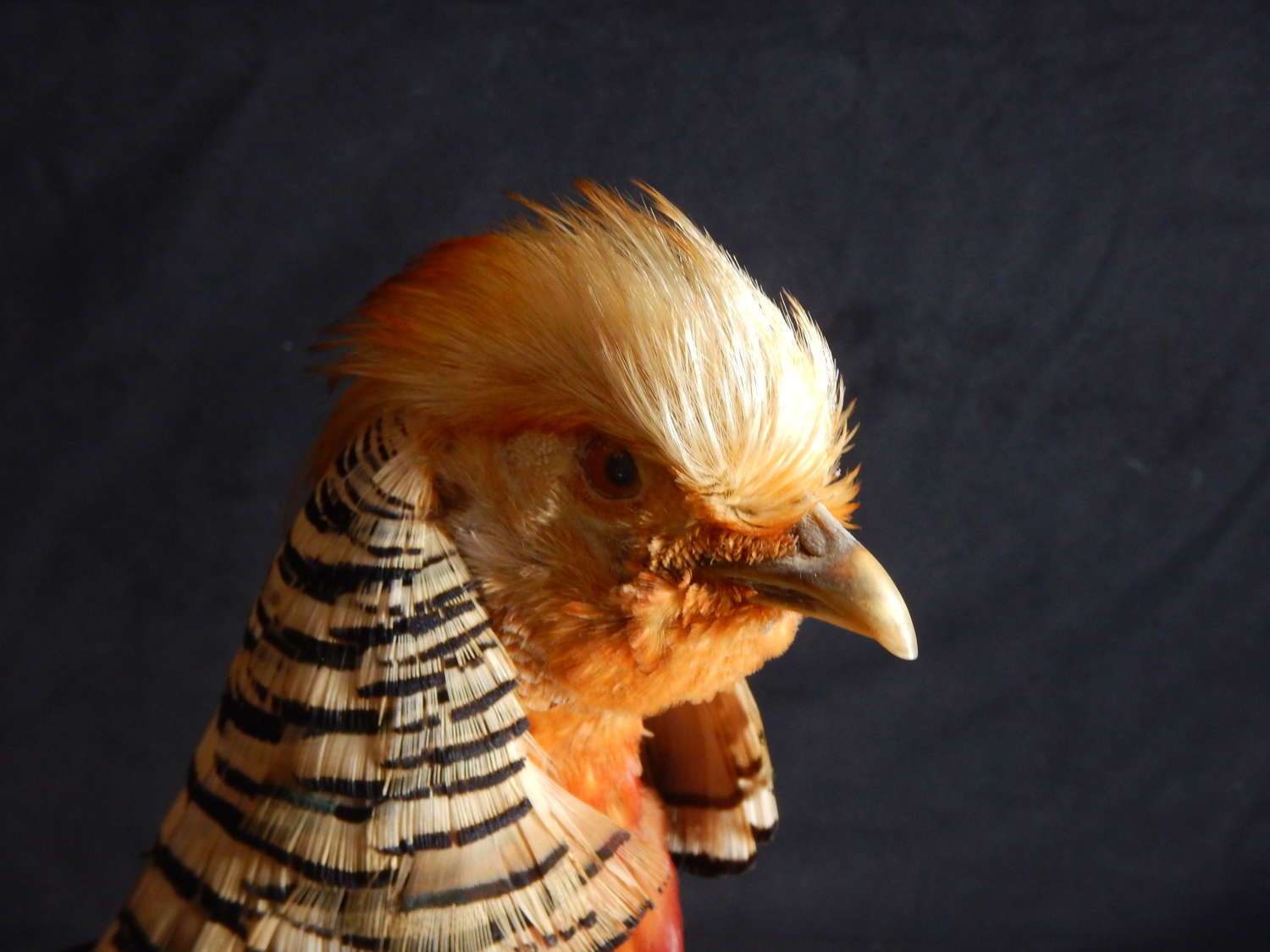 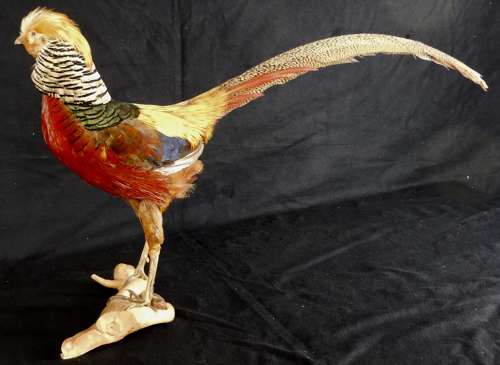 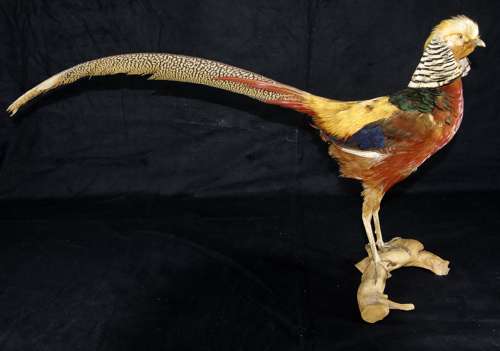 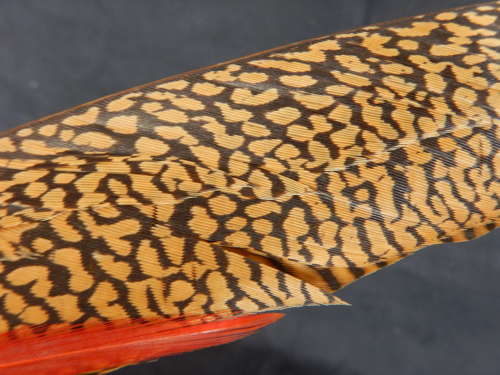 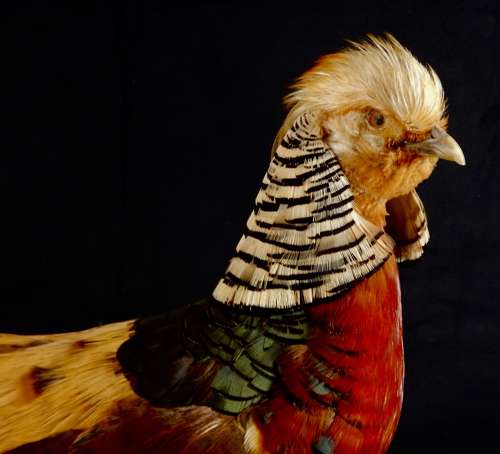 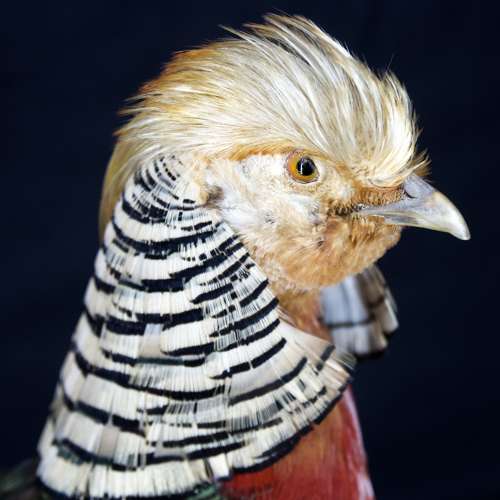 An exceptional example of the Golden Pheasant, or Chinese Pheasant, mounted in Ireland in the early 1990's. We usually deal only in pre-1947 taxidermy, but this bird we know; he was raised and loved by his owner in Northern Ireland and he came to a natural end, so we have made an exception. The owner recently passed on and we bought this handsome bird from his estate. He is in extremely good and attractive condition with a bright sheen to his beautiful, coloured feathers - in fact he is a real stunner.

The Golden Pheasant originated from China, but feral colonies have established in may parts of Europe and the rest of the World. A very exotic bird indeed, this male has been exceedingly well mounted by a professional on a simple wooden branch, so that nothing distracts you from his gorgeous plumage.