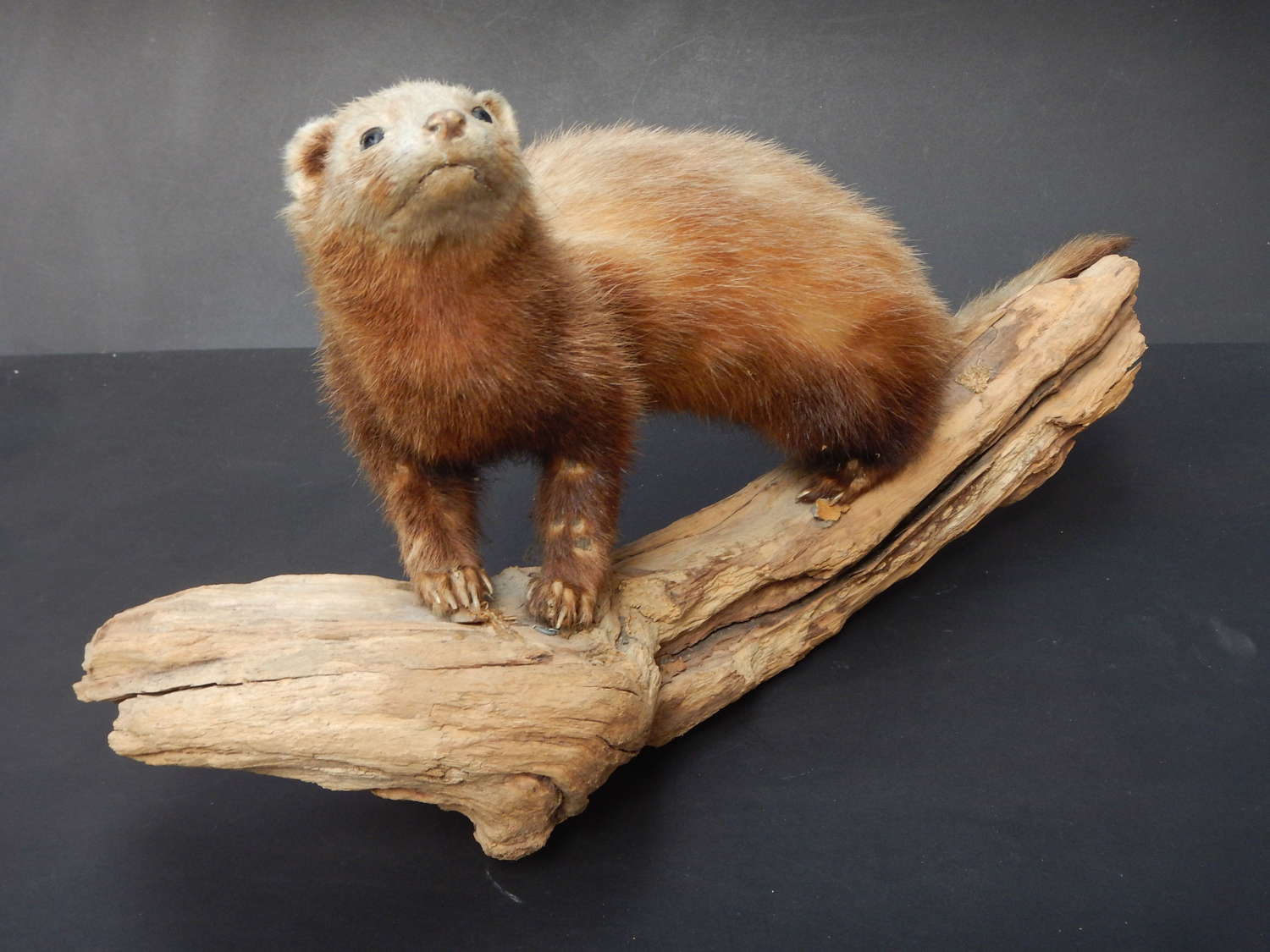 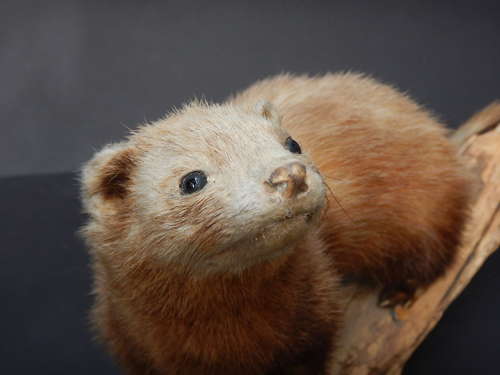 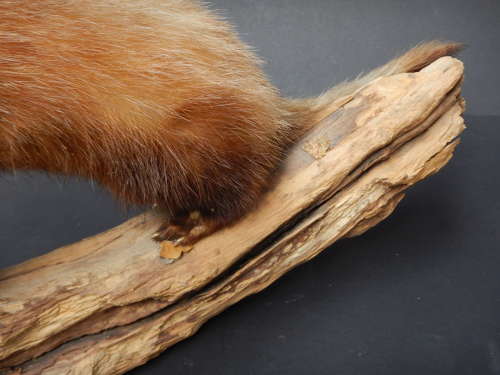 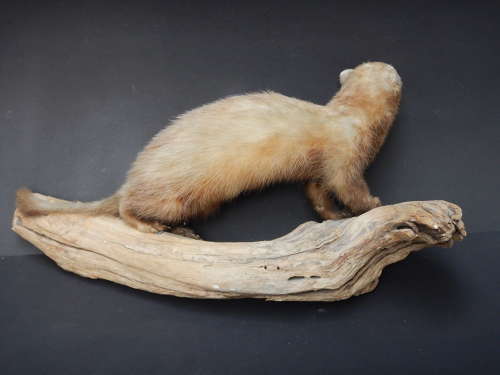 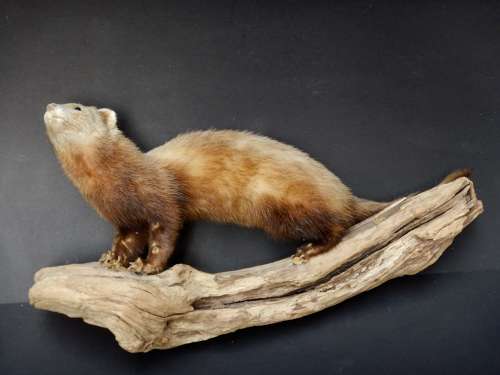 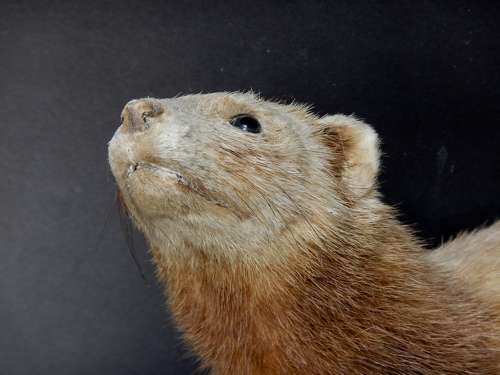 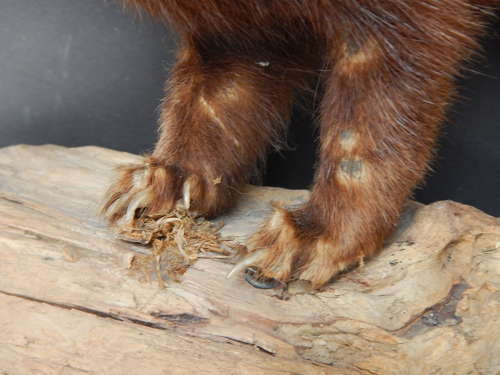 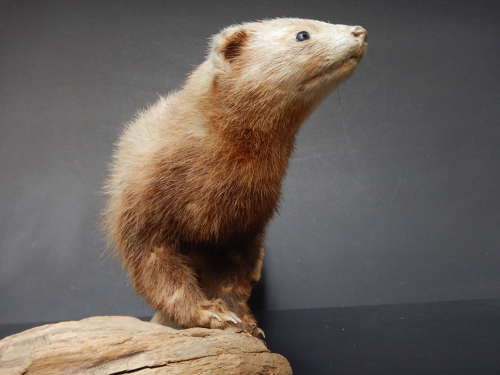 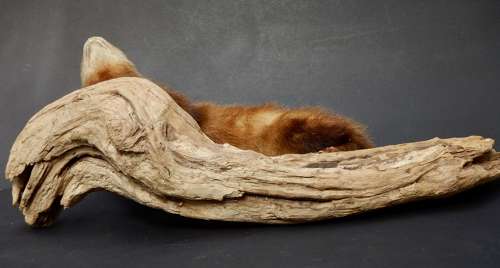 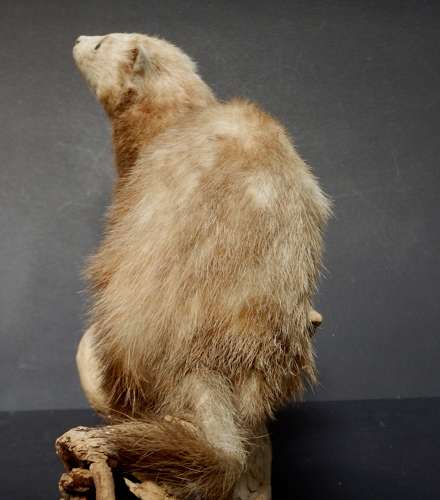 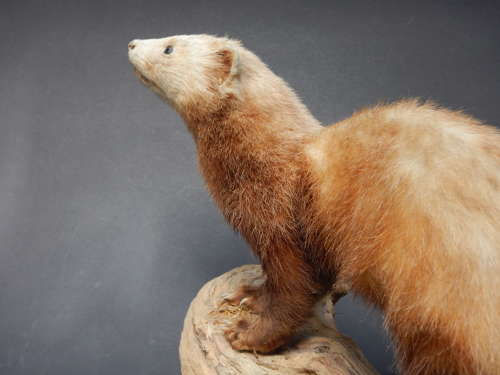 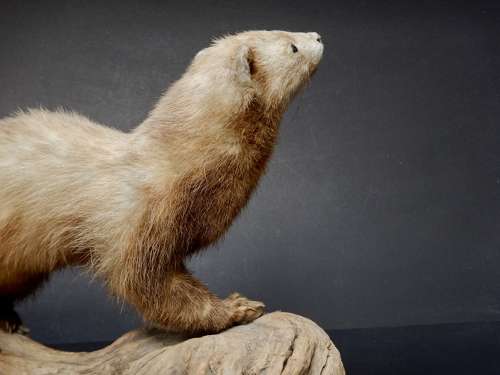 A fine example of Vintage Irish Taxidermy - A Pine Marten ( Martes Martes ) - very rare in Ireland in the last century. This example is around 50cm / 20” long and 30cm / 12” high by 15cm / 6” wide. As he is displayed in a horizontal pose, we have listed this as 21" wide, which is actually his length, lying down. How confusing. Without any packaging he weighs just over 1.5 kg. This is an older, mature adult marten as can be seen by the light tone of the fur and loss of volume in the tail. He is now over 100 years old. He is displayed in a natural pose on a piece of barkless driftwood with his claws extended.

The European pine marten's fur is usually light to dark brown that grows longer and silkier during the winter, while being short and coarse in the summer. It often has a cream- to yellow-coloured "bib" marking on the throat. Its body is up to 53 cm (21 in) long, with a bushy tail of about 25 cm (10 in). Males are slightly larger than females; typically, it weighs around 1.5–1.7 kg (3.3–3.7 pounds). It has an excellent sense of sight, smell, and hearing. Martens are the only mustelids with semiretractable claws. They remain quite rare in Ireland, but the population is recovering and spreading; its traditional strongholds are in the west and south, especially the Burren, but the population in the Midlands has significantly increased in recent years. A study managed by academics at Queens University Belfast, using cameras and citizen scientists, published in 2015, showed that pine martens were distributed across all counties of Northern Ireland.

Your item will be carefully packed using recycled wrappings where possible and despatched via the Irish An Post.
************The PRICE INCLUDES TRACKED INTERNATIONAL SHIPPING.