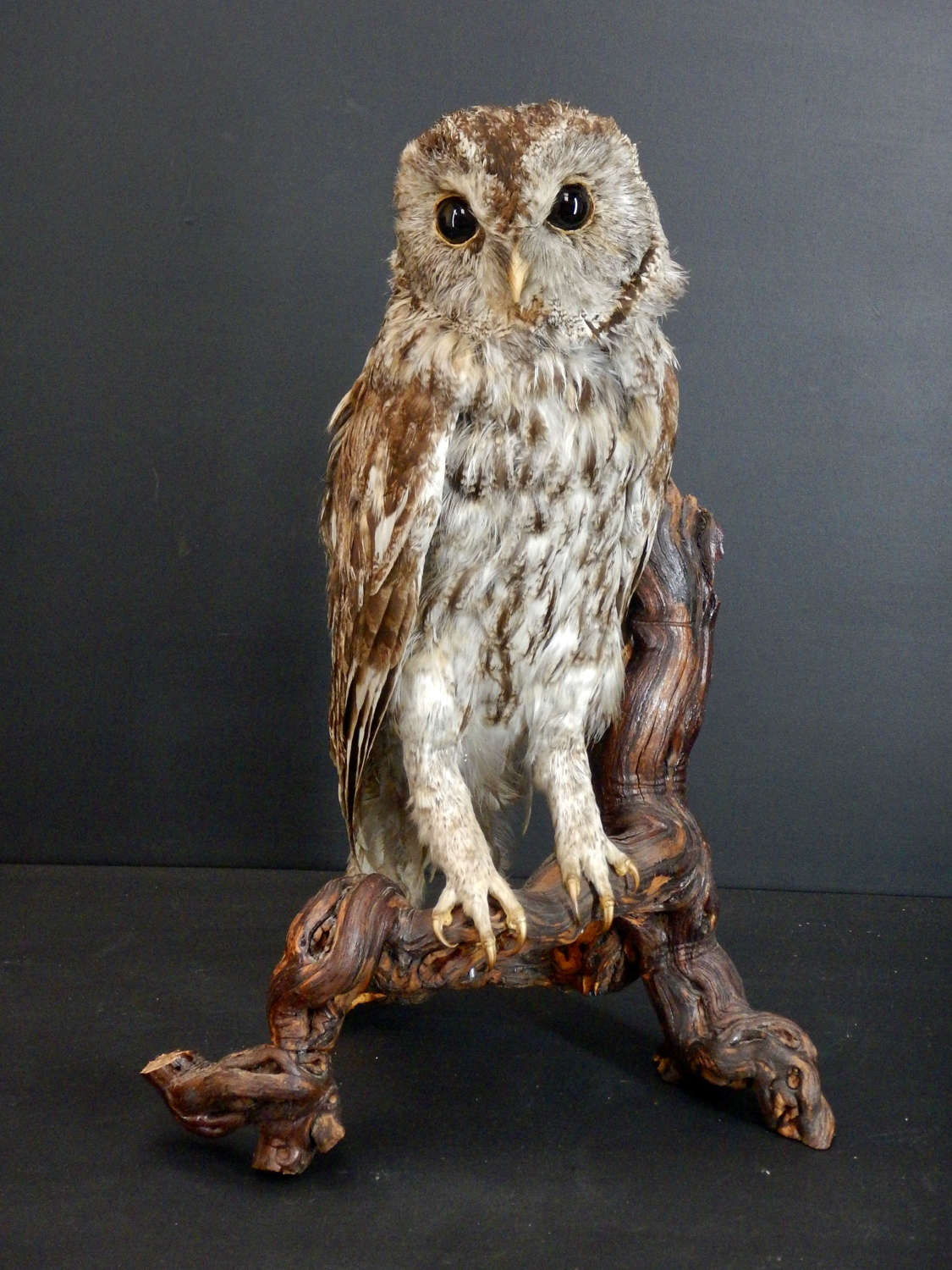 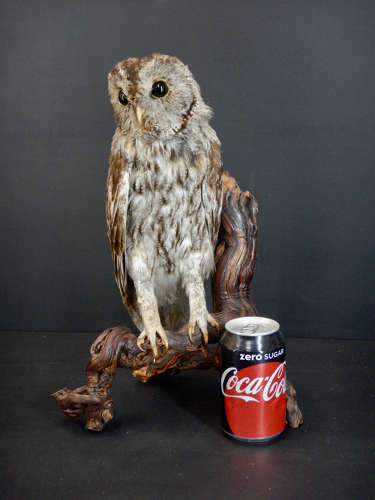 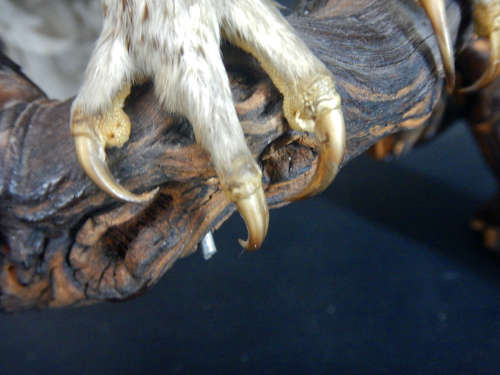 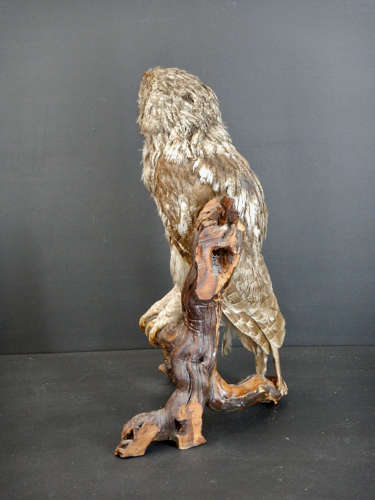 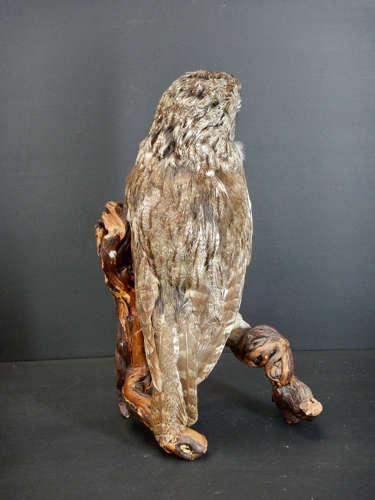 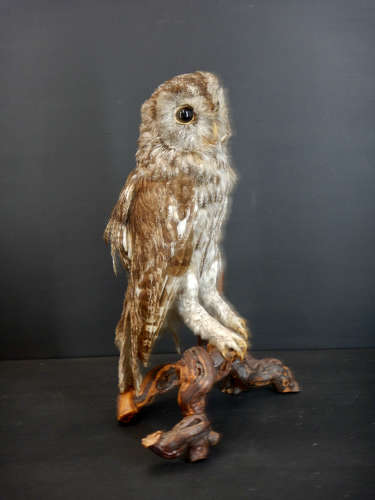 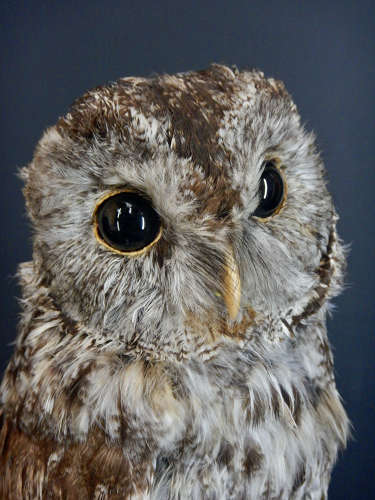 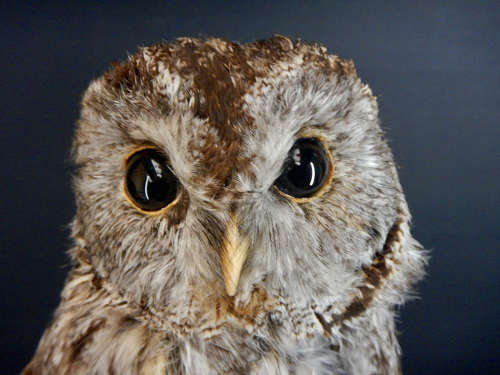 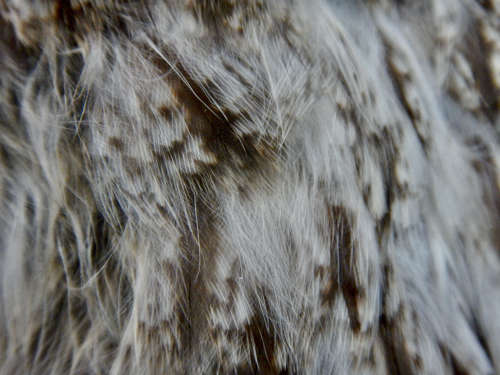 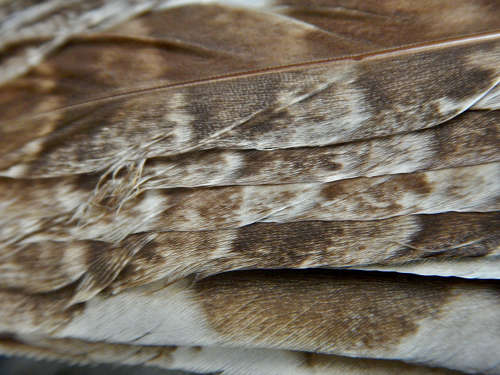 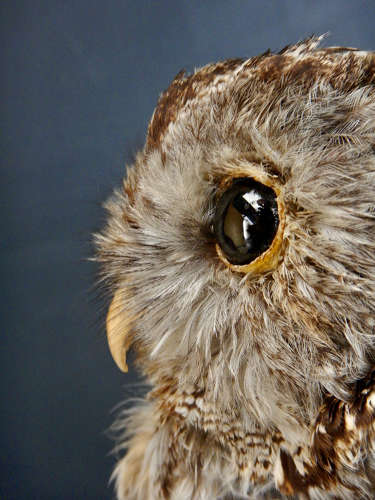 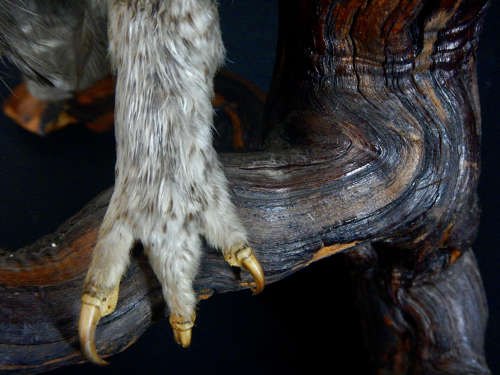 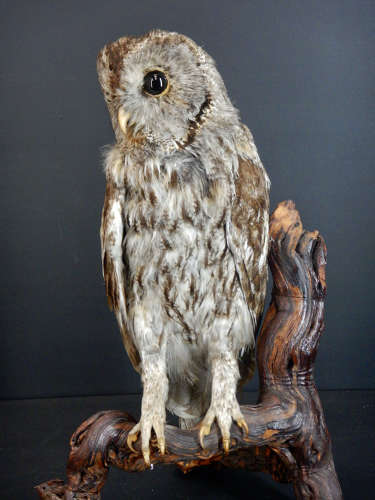 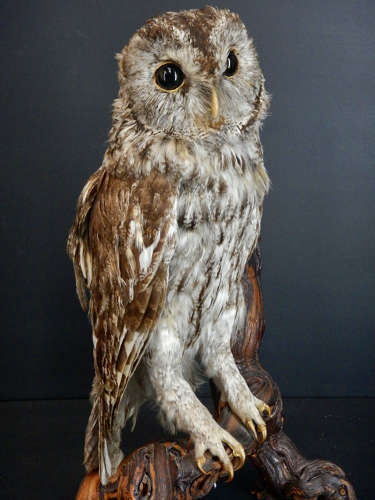 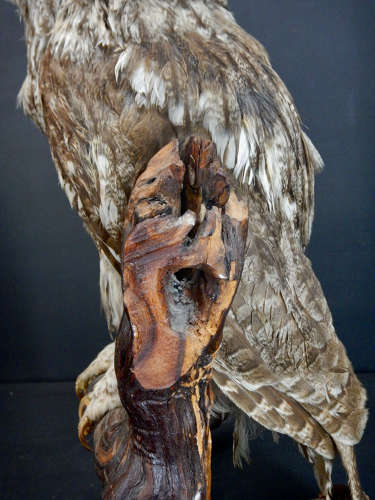 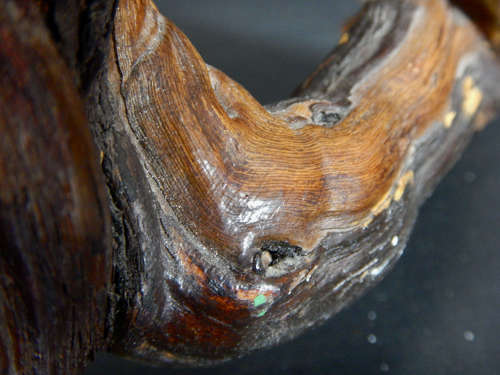 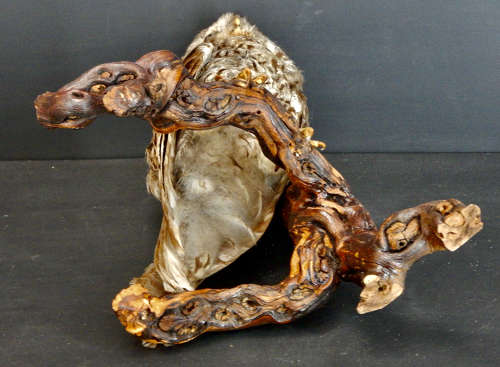 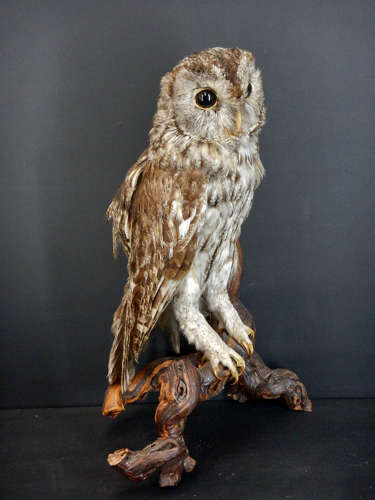 This beautiful old Tawny Owl specimen from France is mounted on a piece of very old vine - probably from the local vineyard . The vine is cleverly placed so that the Owl can be freestanding or wall mounted as desired. This is a wonderful professional example, posed with an all-seeing expression on its face. It looks like a very wise owl indeed and no doubt has seen many things during the years spent living in a large Chateau in Central France after his death having lived in the surrounding forests and vineyards.

The Tawny Owl is an owl the size of a Wood Pigeon. The Owl has a rounded body and head, with a ring of dark feathers around its face surrounding the dark eyes. Tawny owls in France are mainly reddish-brown above and paler underneath. It is a widespread breeding species in across Europe but not found in Ireland. Birds are mainly residents with established pairs probably never leaving their territories. Young birds disperse from breeding grounds in autumn.

Your item will be carefully packed using recycled wrappings where possible and despatched via the Irish An Post.
***THE PRICE INCLUDES TRACKED INTERNATIONAL DELIVERY***
*** (except for Australasia and South America) ***
***PLEASE CONTACT US FOR SHIPPING COSTS TO AUSTRALASIA AND SOUTH AMERICA***