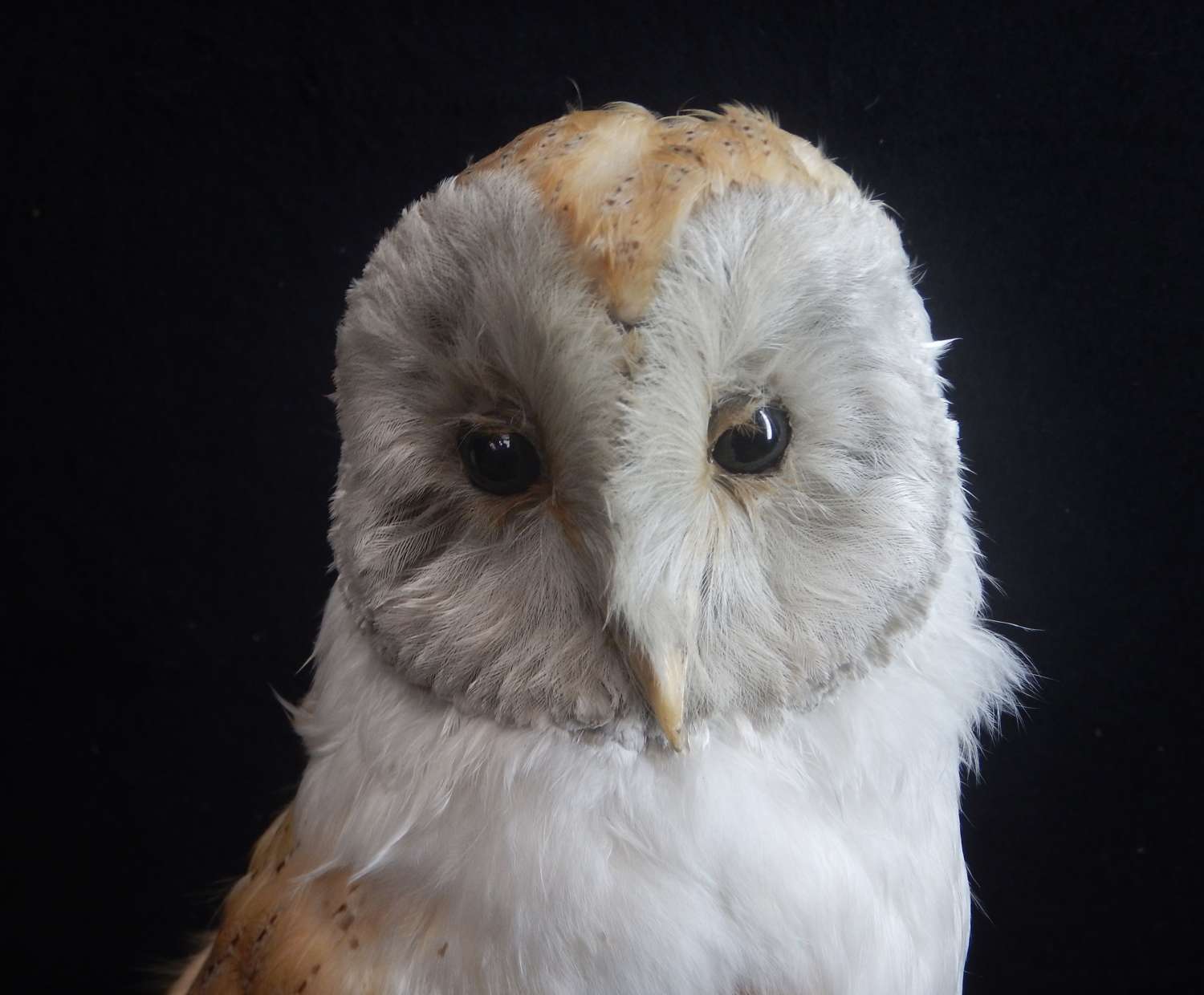 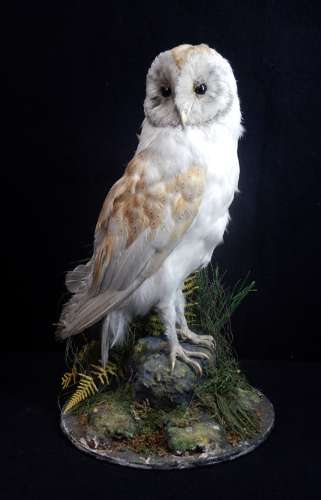 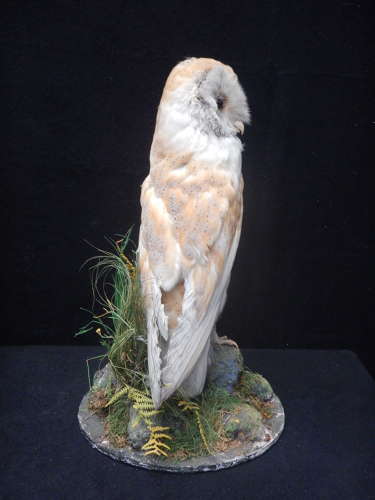 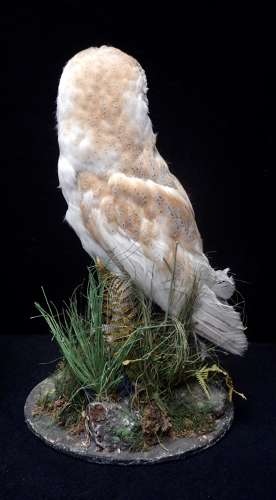 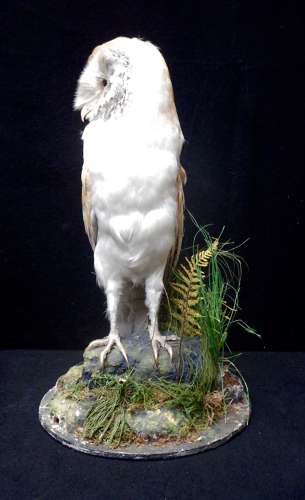 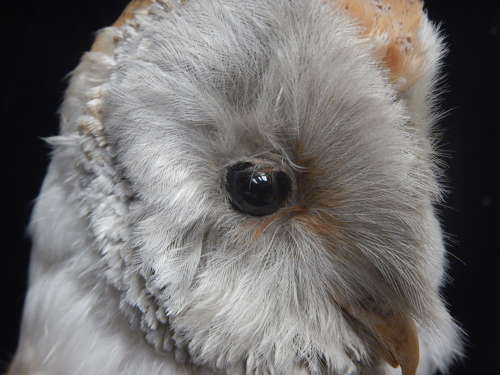 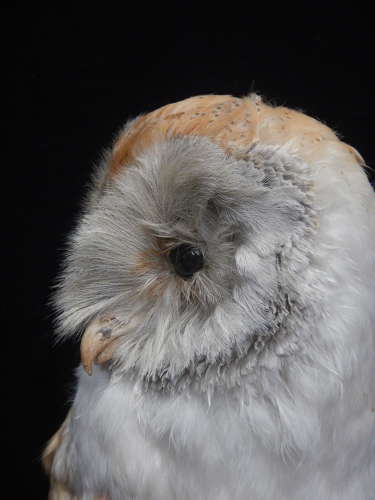 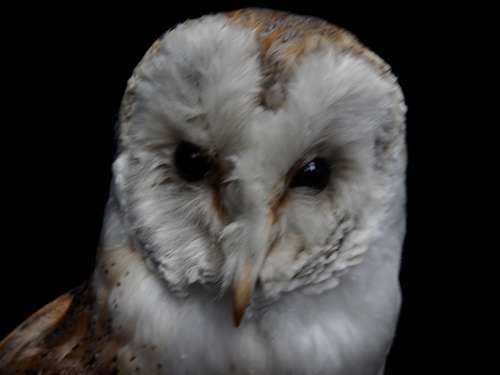 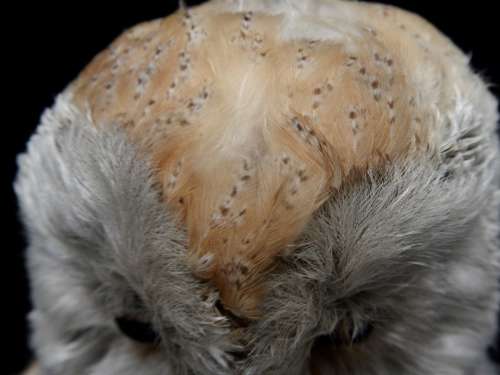 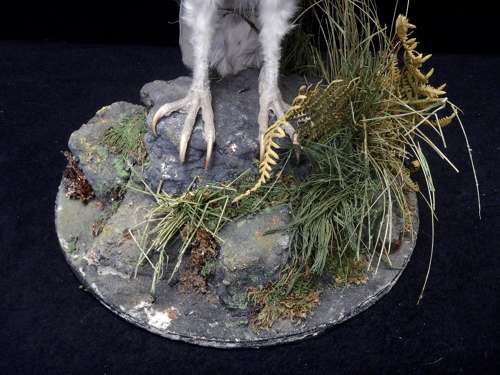 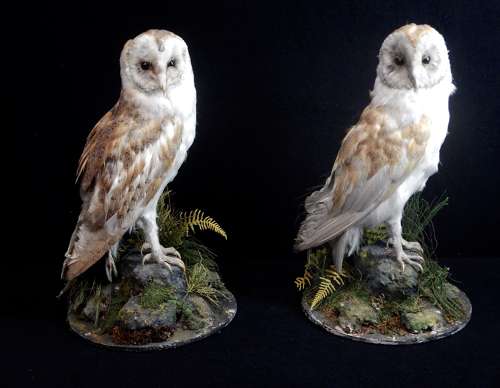 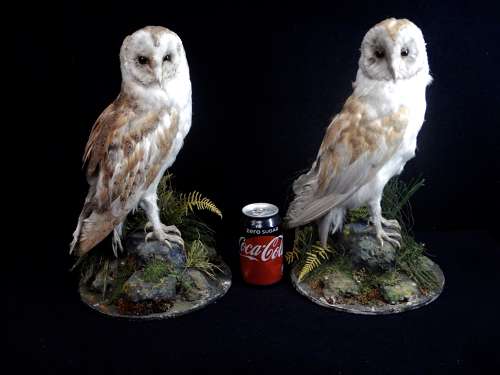 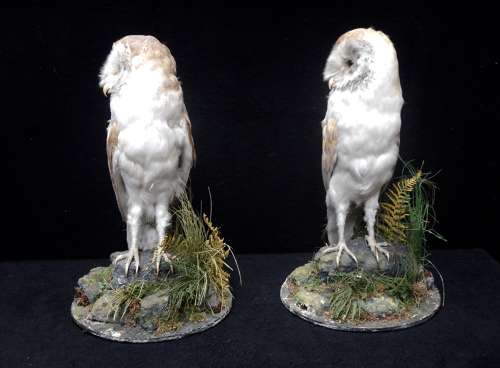 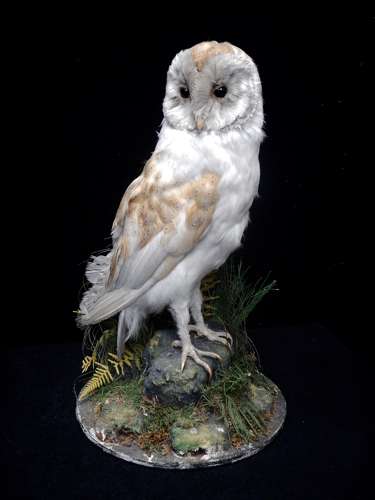 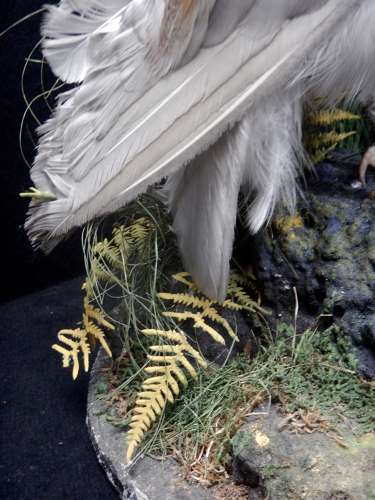 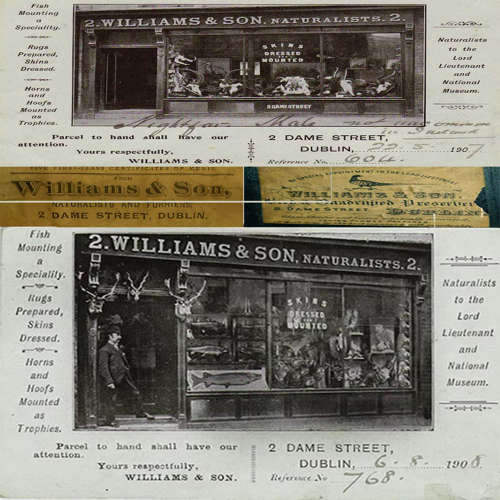 The barn owl (Tyto alba) is the most widely distributed species of owl in the world and one of the most widespread of all species of birds. This particular specimen, mounted in Ireland in the early Nineteen Hundreds, is a superb example of a classic snow-white Barn Owl. Sometimes referred to as a 'Ghost Owl' because of the white underside that is seen in flight.

We have a matching pair of these great birds that came from a lovely old property near Galway in the West of Ireland. They have been removed from the domes as we have had great problems in the past shipping them as they are so fragile. Although they are shown and priced indevidualy we could be open to offers for the pair should you wish.

A beautiful specimen No 1 ( the one on the right ) in great condition it has been kept under a glass dome since being mounted on it's ebonised plinth. These would stand on another wooden base with the glass dome resting on that. Believed to be by Williamson and sons Naturalists of 2 Dame Street Dublin, it has all the hallmarks of their work with the use of dried peat ( collected dried and used as fuel for open fires ) blocks under the papermaché fake rocks on the base. The thin wooden base is made from recycled packing crates or tea chests ( not being far from the docks these would be easy to find ) and the text was easily visible on these before we covered them in new felt. we have included a photo showing an advert for their shop at the start of last century, being about the time this wonderful creation was done, perhaps by the gentleman standing in the doorway. It must have been a very prestigious establishment as this is one of the main thoroughfares in Dublin where most of the cities banks are now based.

Should you wish to purchase both please let us know and we can give a small discount because of combined shipping.

The item will be carefully packed in a wooden crate for obvious reasons  ( if possible using recycled materials ) and shipped using the Irish Postal system An Post, PRICE INCLUDES TRACKED DELIVERY.