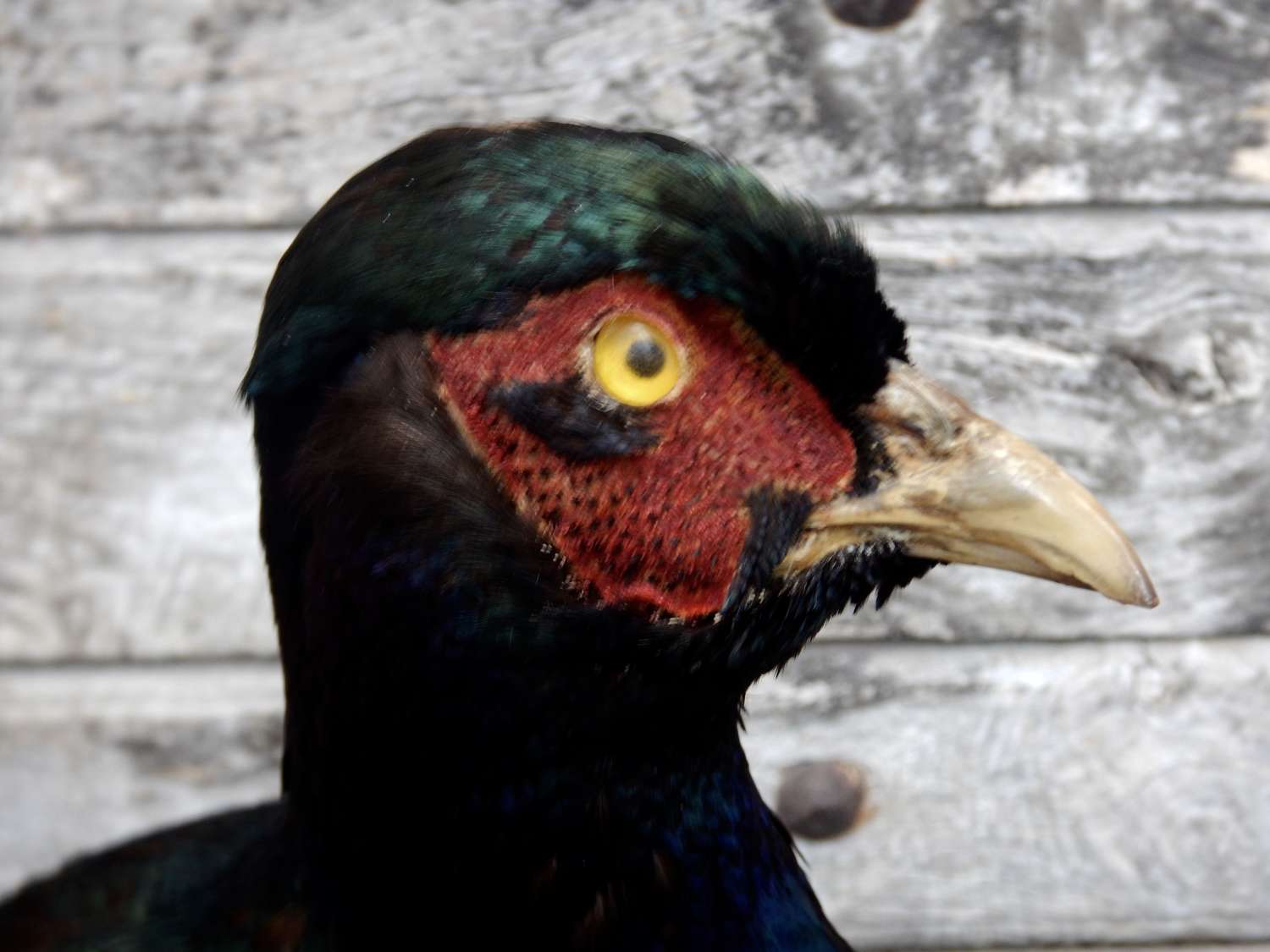 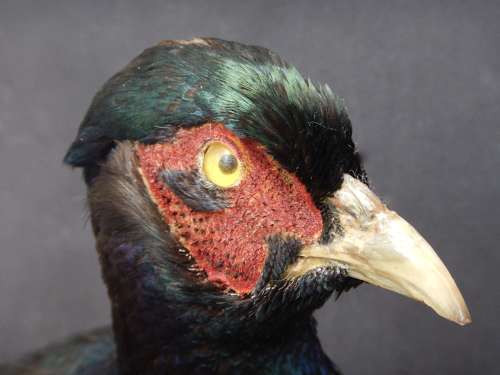 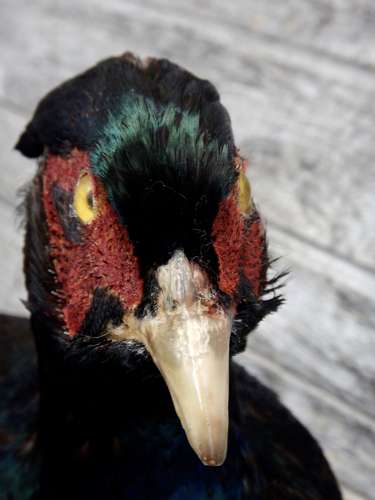 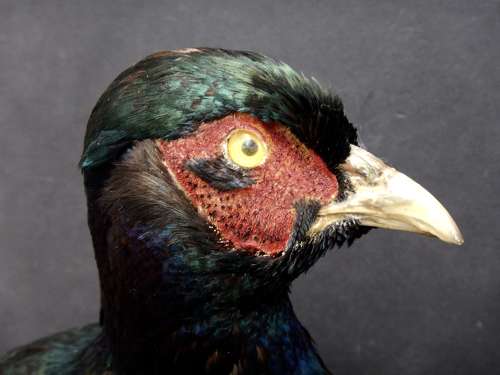 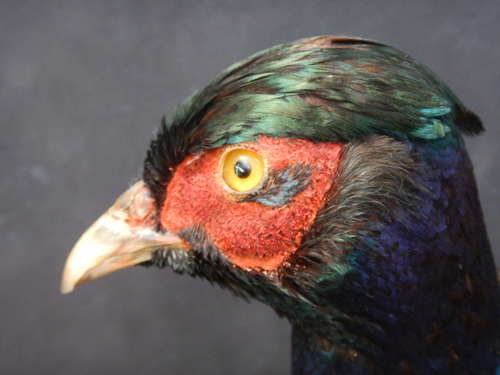 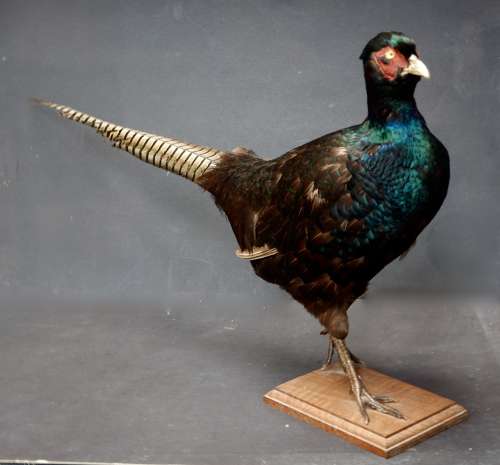 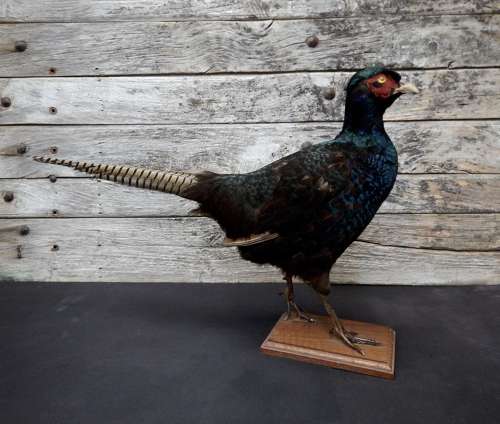 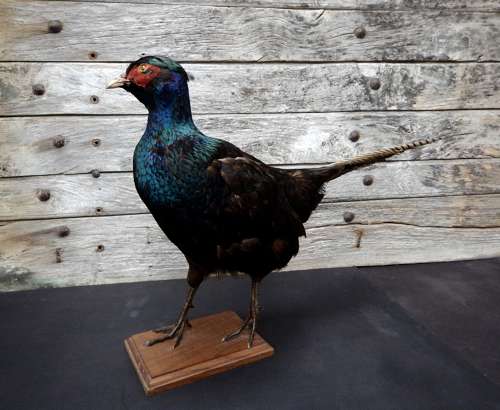 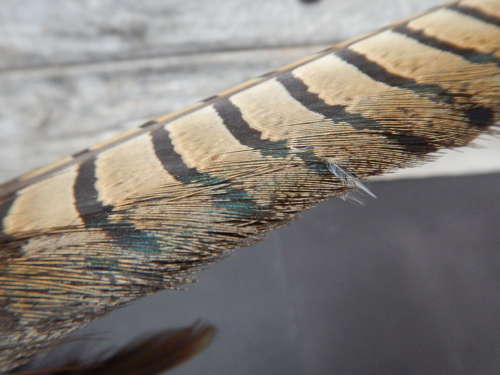 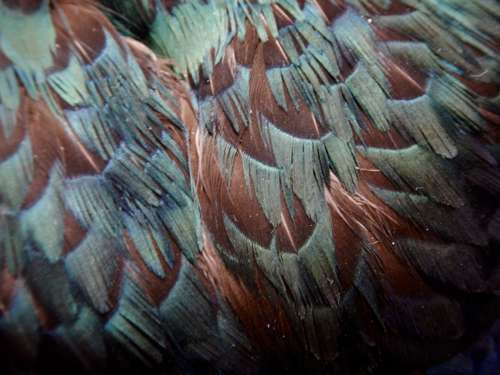 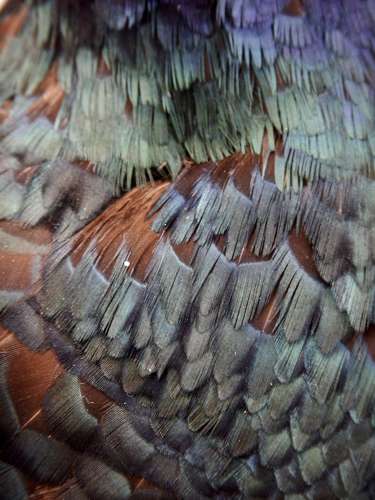 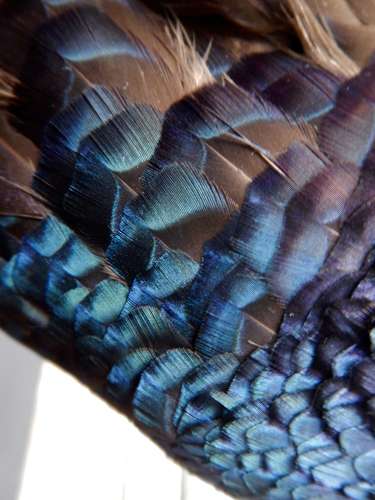 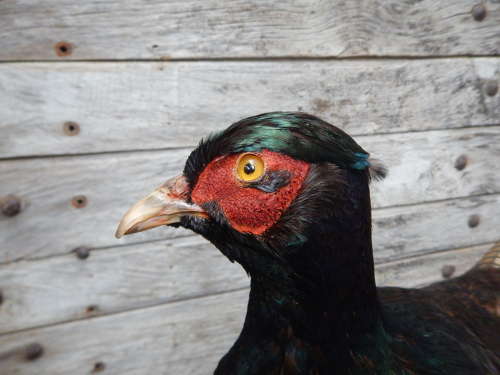 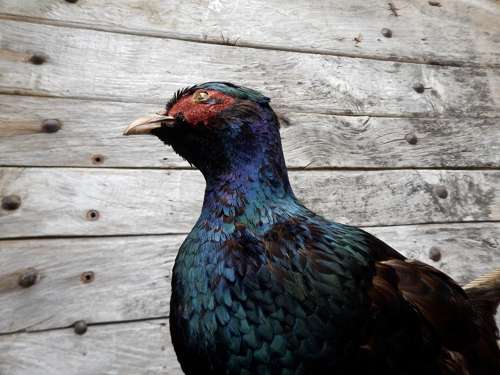 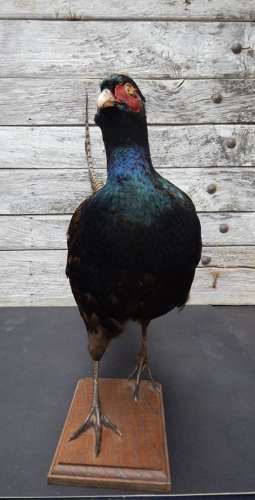 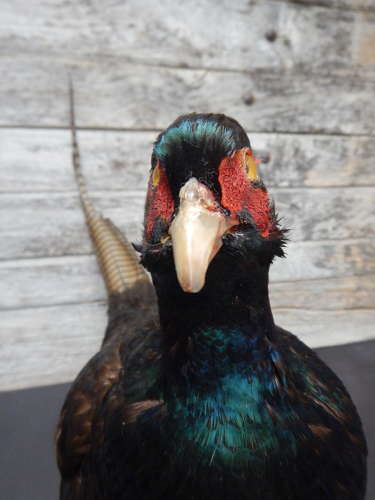 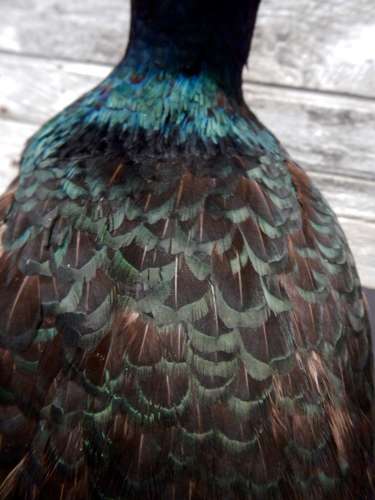 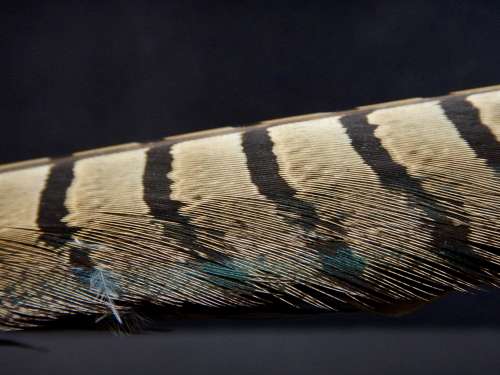 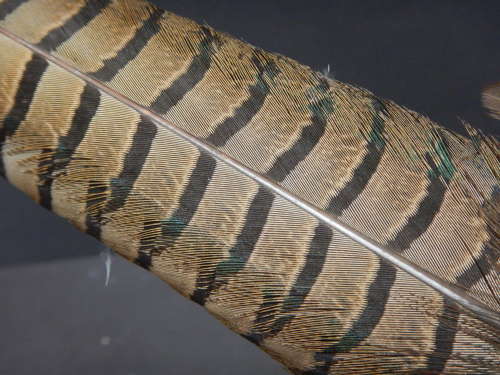 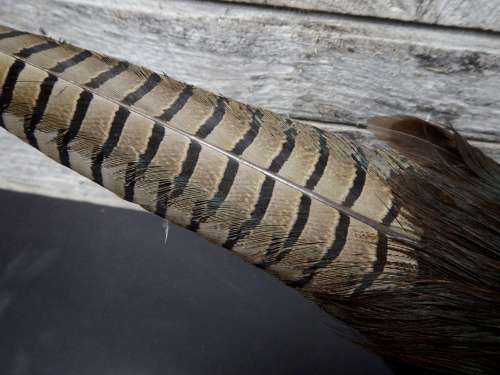 Originating from a Taxidermy collection within an old Irish Country House where we managed to purchase the whole collection of  great examples from the 1920's and 1930's. We collected almost two dozen examples of pheasants alone with a few being sold to collectors we already have on our books, before we managed to list them. (Some fantastically rare examples to come on the site include the Himalayan Peasants that are currently being cleaned as they had been stored in broken glass cases for tens of years so were grey rather than their wonderful normal colouring).

The Black Pheasant also known as the melanistic mutant is a pure breed. These large, beautiful pheasants feature an iridescent, greenish-black plumage. A favorite variety for release, they display a remarkable ability to survive and reproduce in the wild. Prime habitat consists of 55-70 % crop fields such as corn, soybean, or small grains. The remainder of the habitat should include some wetlands, grassland, and woodland or brushy thickets. This is a very nice and clean example, dating from 1920, that was native to Ireland all of its life.