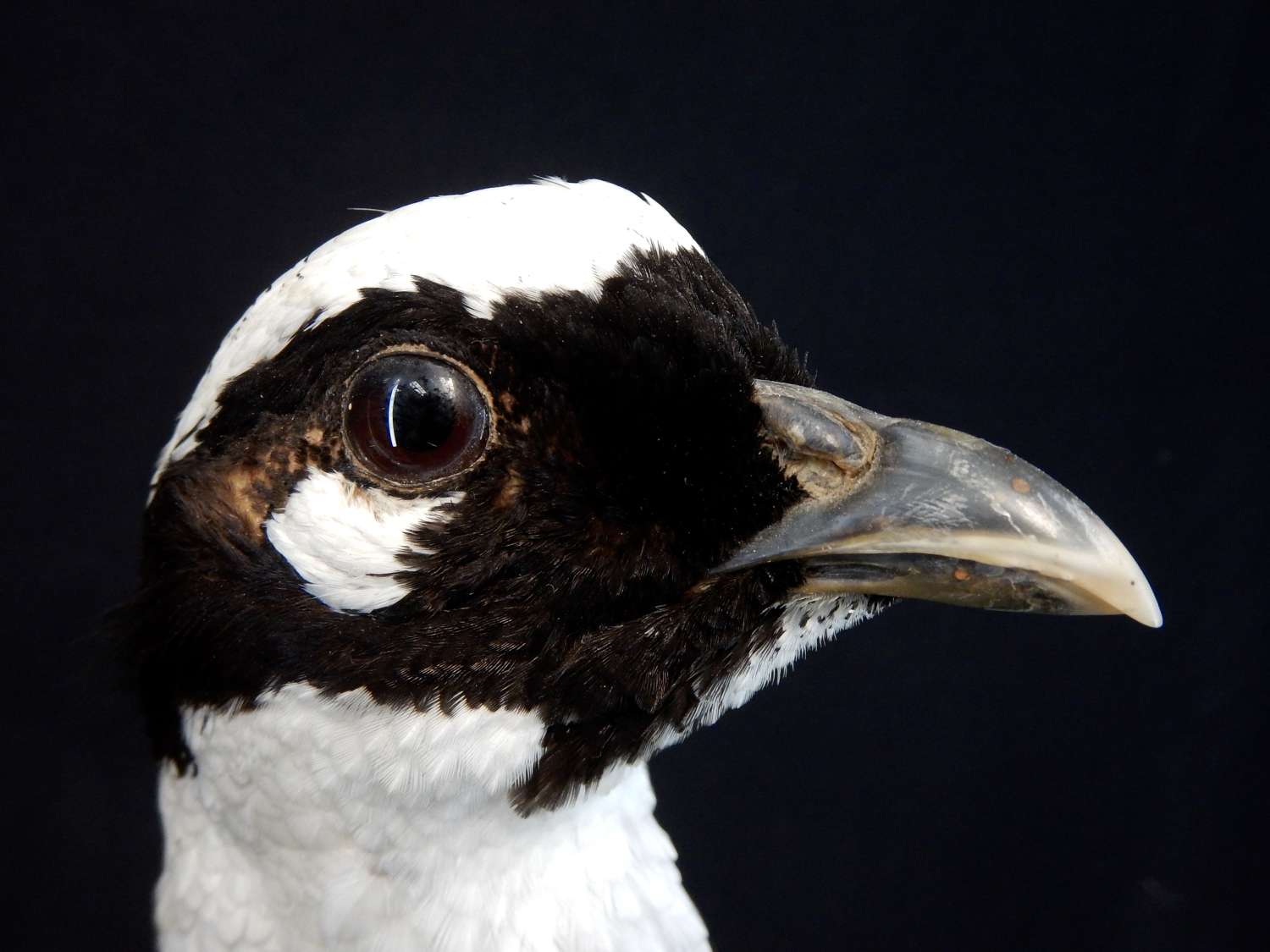 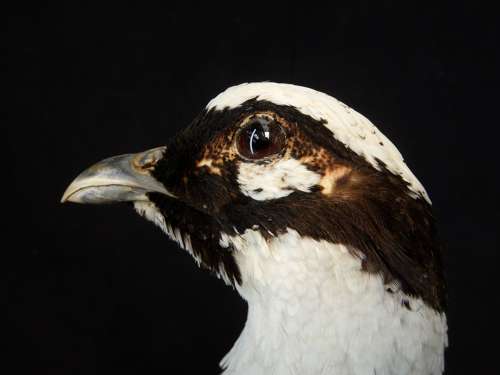 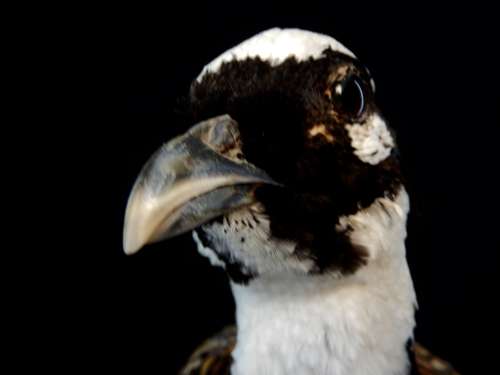 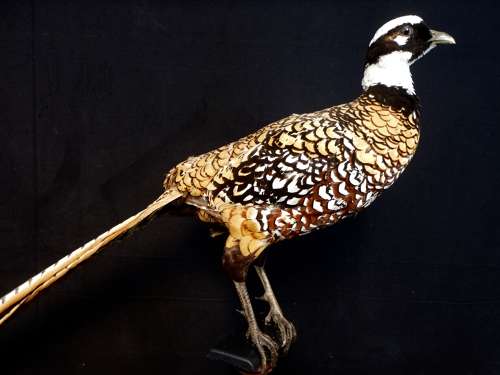 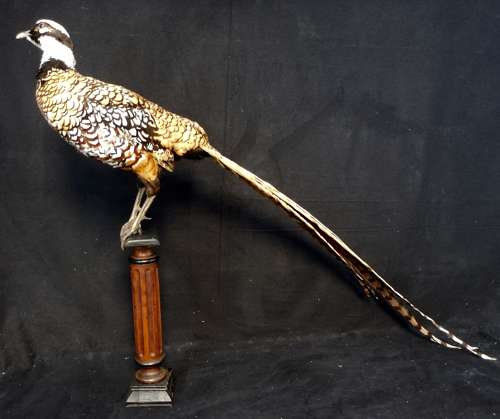 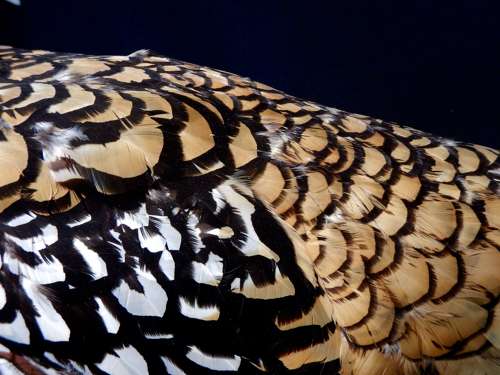 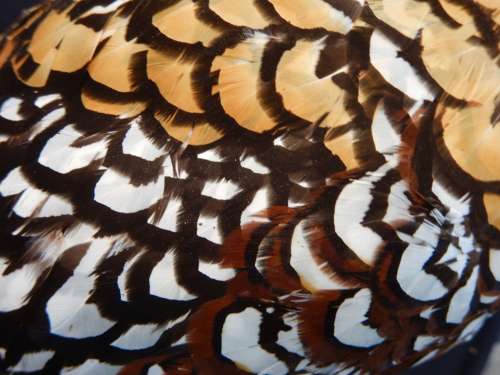 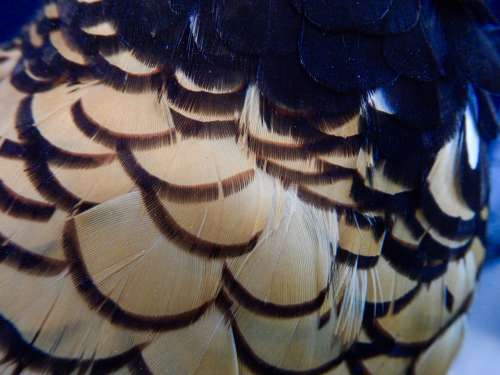 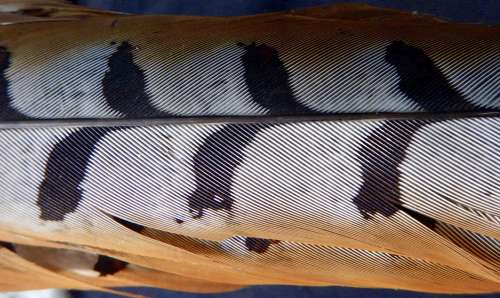 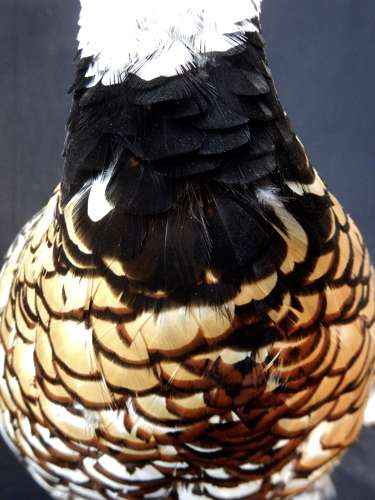 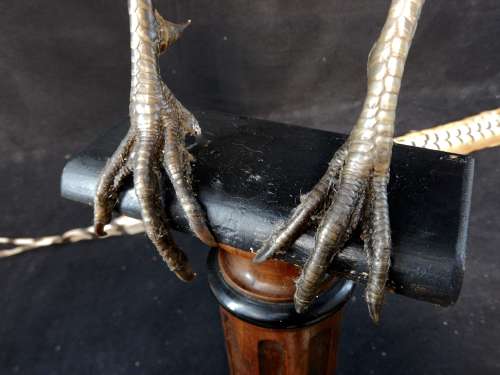 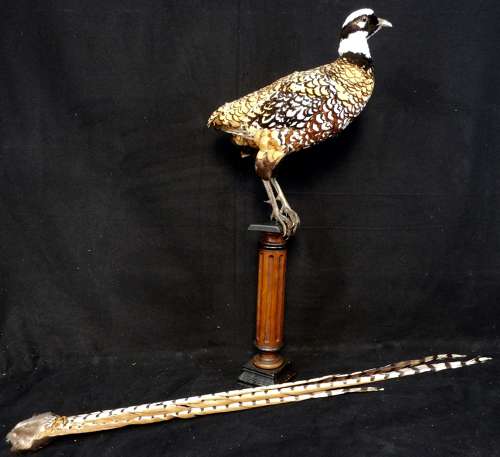 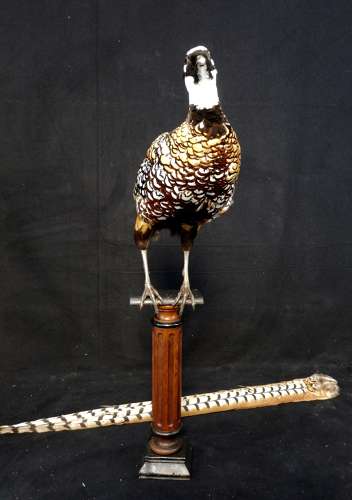 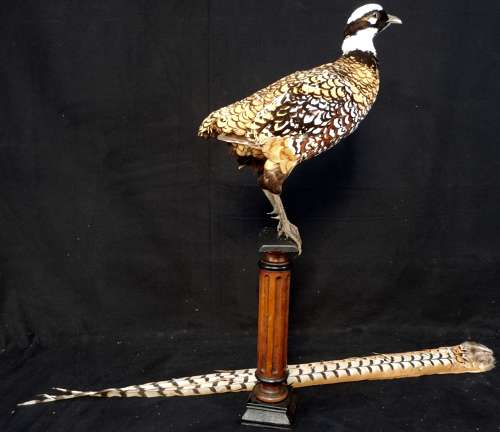 Simply the most remarkable bird, this stately Reeves Pheasant has a tail of 39" (or one metre !! ) in length. The tail is detachable for transport. Having seen quite a few birds of this type before, we have never seen one with this unusual colouration; the Reeves Pheasant here in the wild are not so bright; we get normal and black ones in our garden.  The Reeves' were introduced to Europe from China and are named after the British naturalist John Reeve who first brought them over to the British Isles in 1831.

This lovely bird of Chinese Origin has been wonderfully modelled by a skilful taxidermist who has achieved something special; he has the longest tail we have ever seen of around one metre and has been mounted on a tall column so the tail is not dragged by touching any surface.

He is a most handsome specimen and we would love to see him go to a good home. The tail can be detached which is an intelligent feature for posting ( the box would be HUGE if not ) and it slides easily back onto the wire were it says quite happily - or it could be glued to fix it permanently by its new owner.