AN EXTREMELY RARE AND EXCITING freestanding crucifix from France, hand made in the 17th Century entirely from two different, very old dark woods and hand-carved bone. This crucifix has four religious emblems: the figure of Christ, the figure of Mary, Mother of Christ, a small bone plaque at the top, for 'I.N.R.I., and a naive representation of the Skull and Crossbones at the base of the cross.

A Jansenist crucifix signifies that Salvation is not for all, as Jansenist theology upholds pre-destination versus free will.  Jansenists crafted their own crucifix to show their belief that Christ only died for the Elect. Normally, Jesus’ arms are stretched out horizontally on the crucifix, showing how Christ welcomes all to receive His grace. The Jansenist crucifix, though, shows Jesus’s arms more vertically, signalling the idea that he only died for a few.  Jansenism was opposed by many in the Catholic hierarchy, especially the Jesuits but initially had strong support in the Spanish Netherlands, where Jansen himself had been active, supported by such major figures of the Church Hierarchy. Jansenism started in France in 1600s, but Catholic Church declared the sect as heretic in 1713.

The Corpus is 5" / 13cm tall
The figure of Mary is 2.5" / 6.5cm tall
All of the bone carvings have been carefully made by hand in a naive style and attached to the cross with simple iron nails. 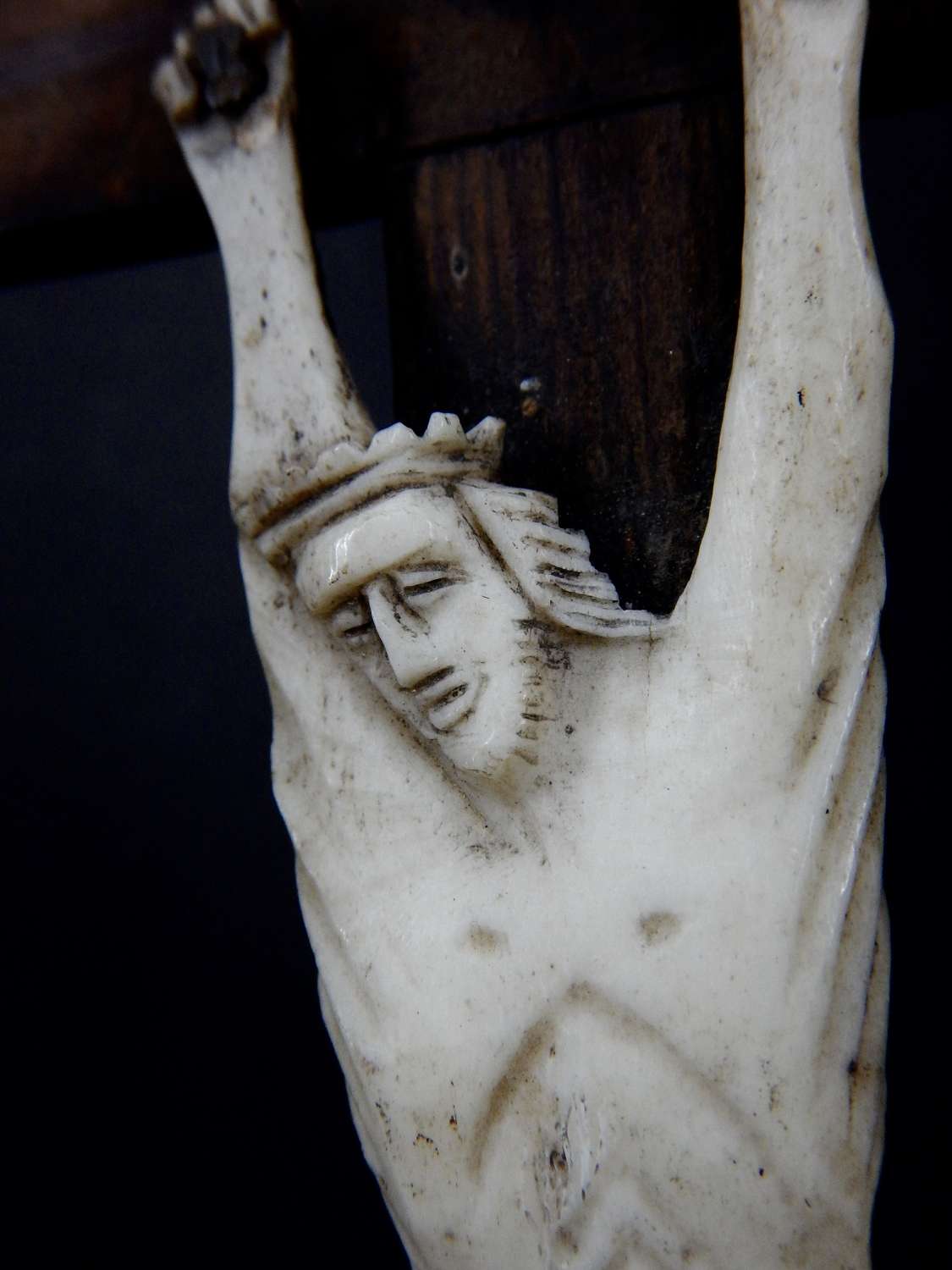 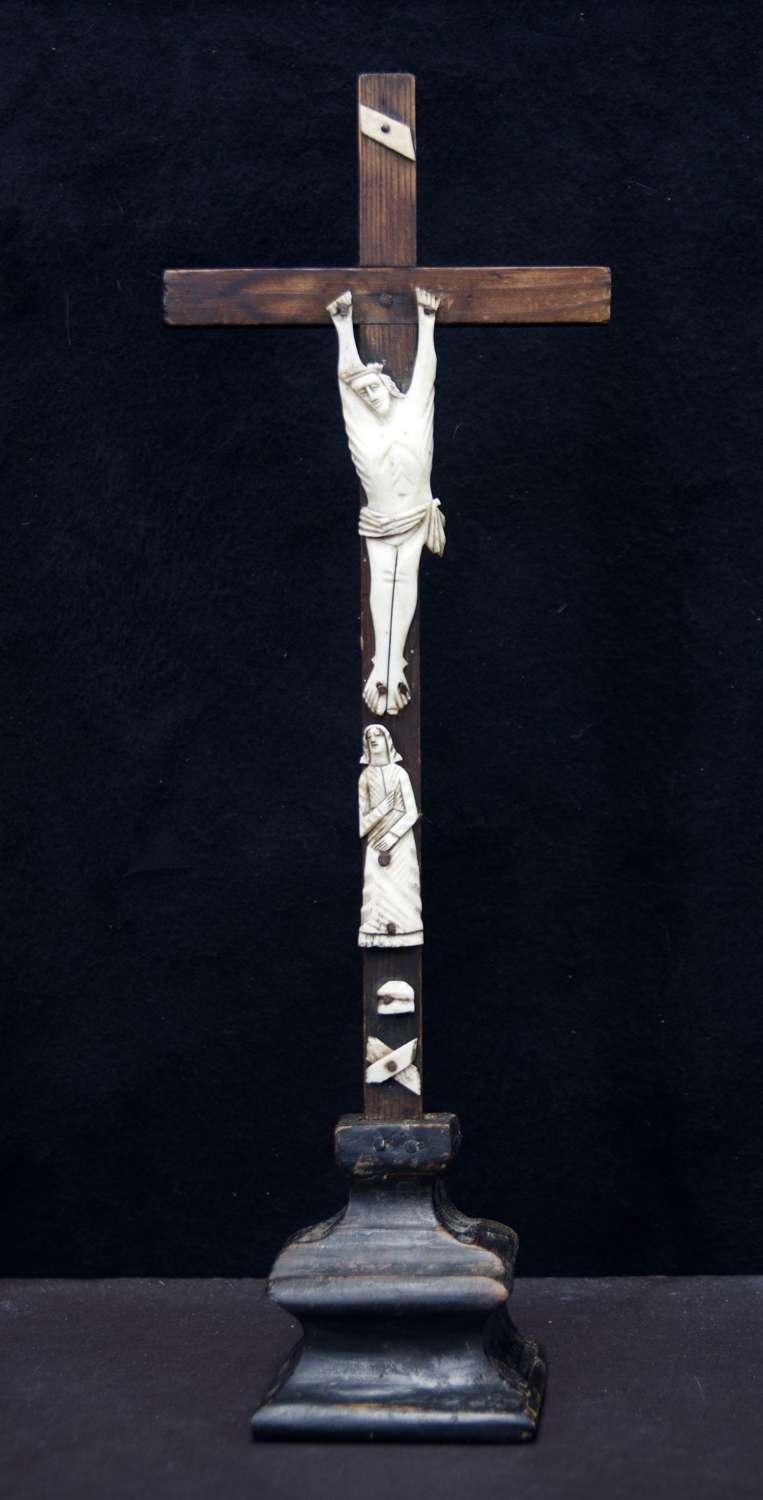 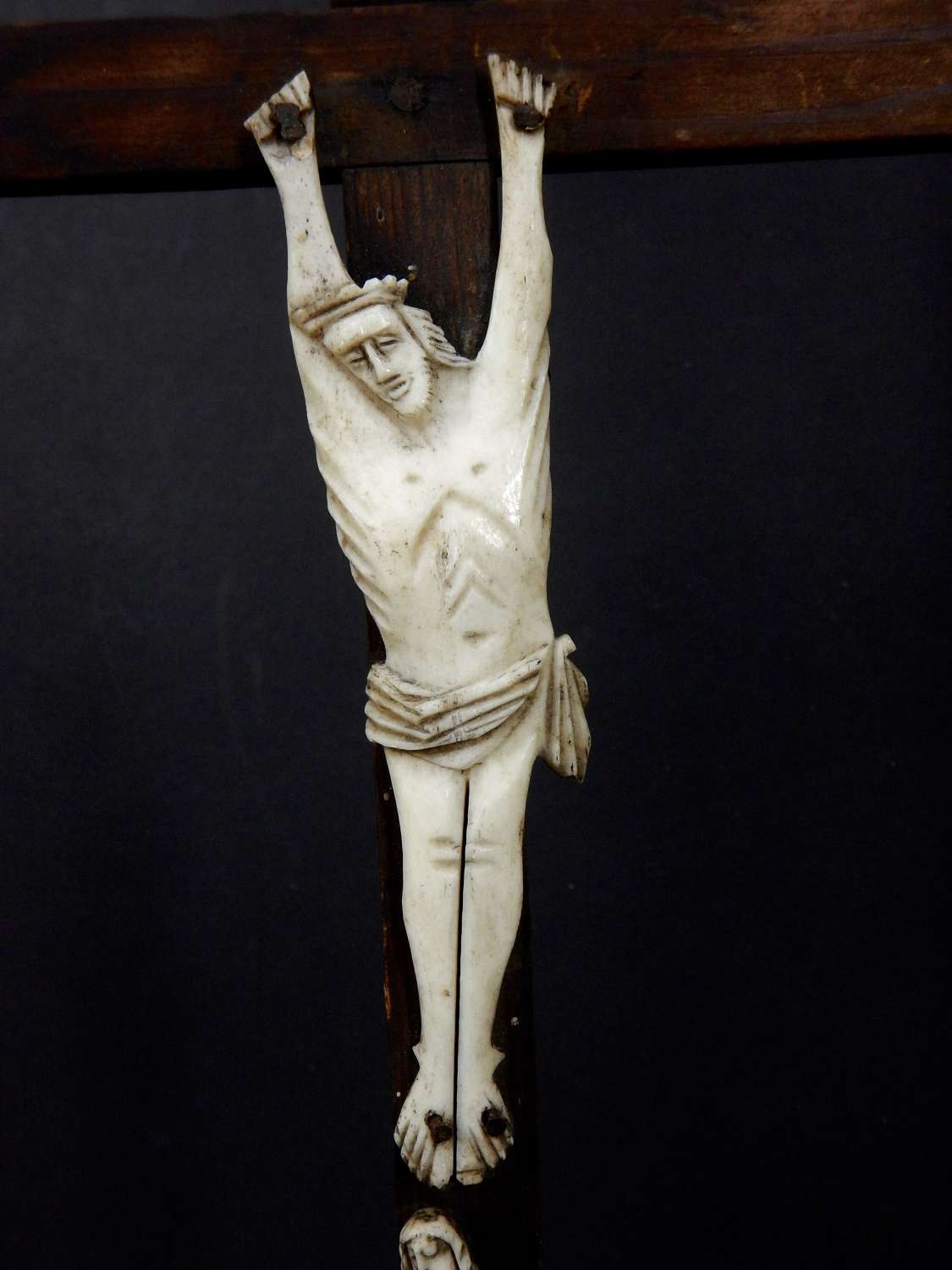 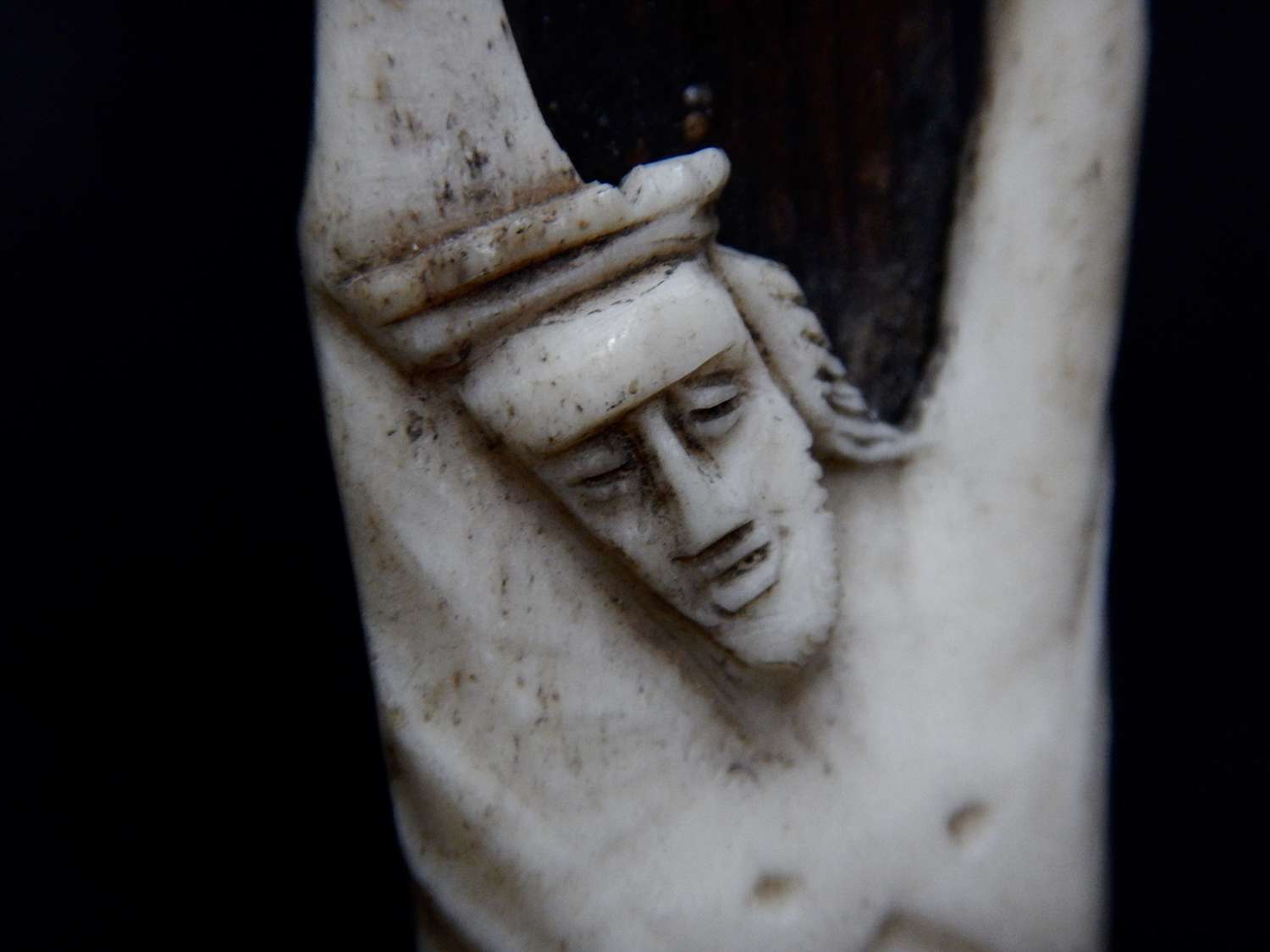 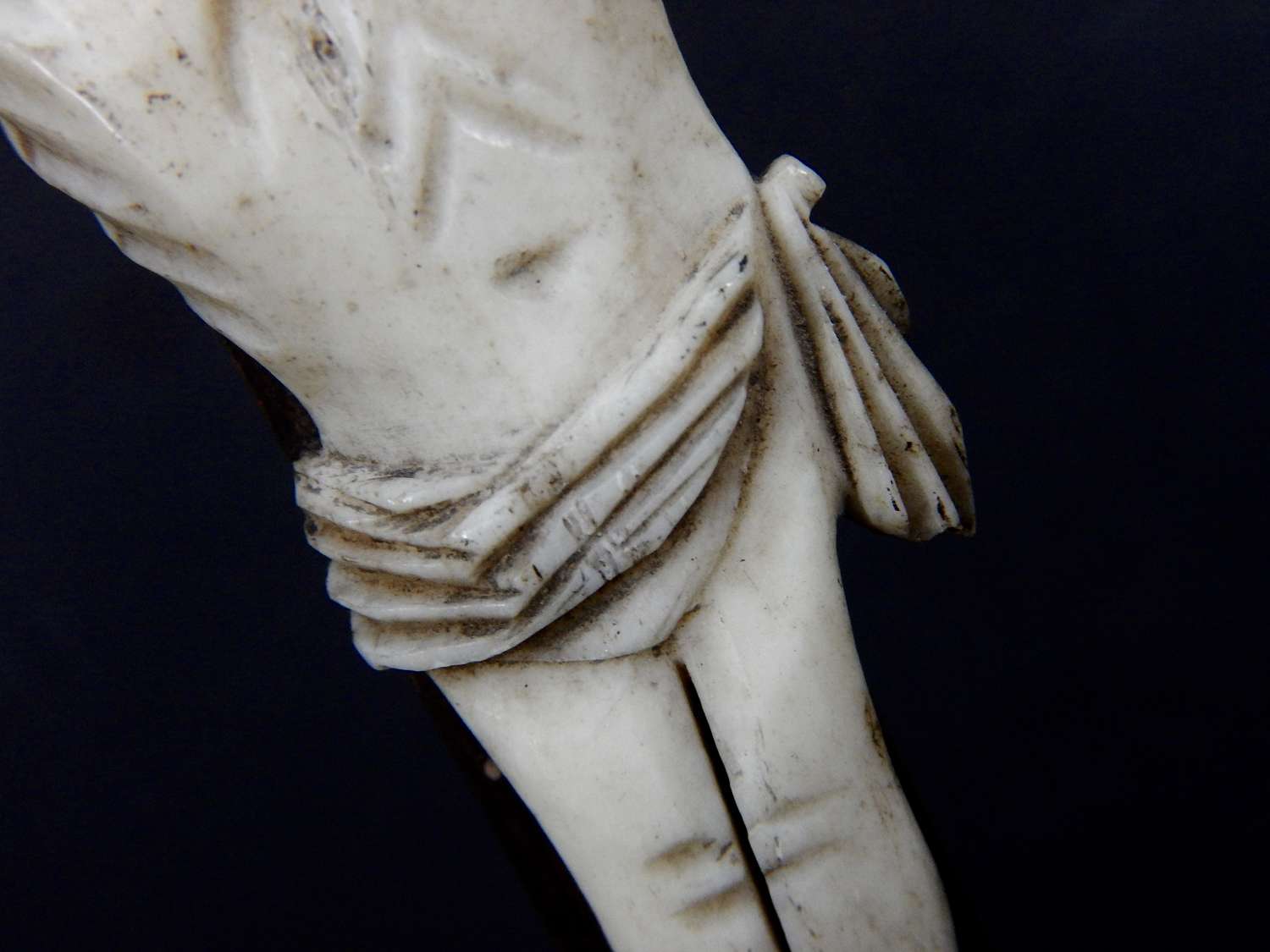 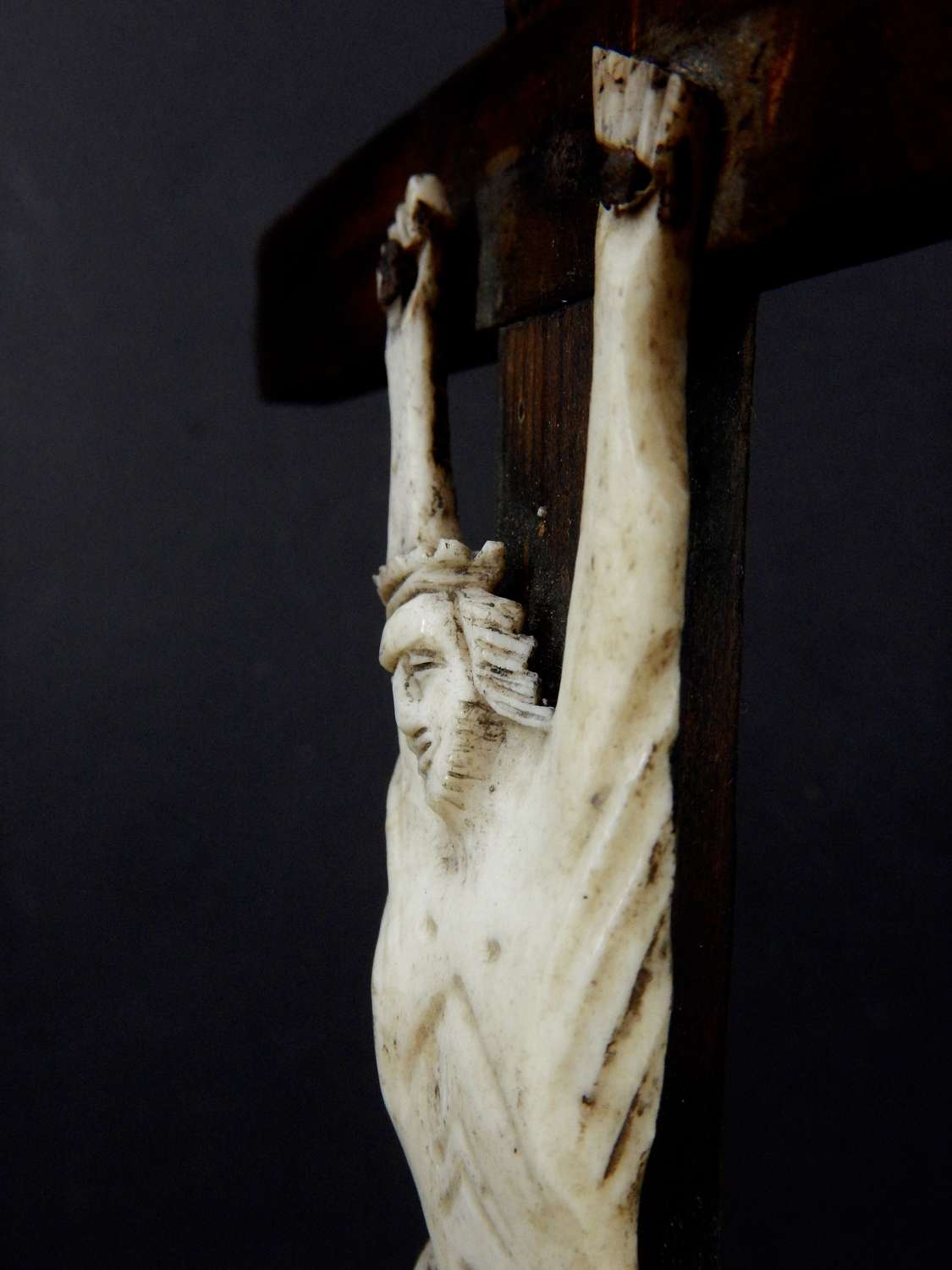 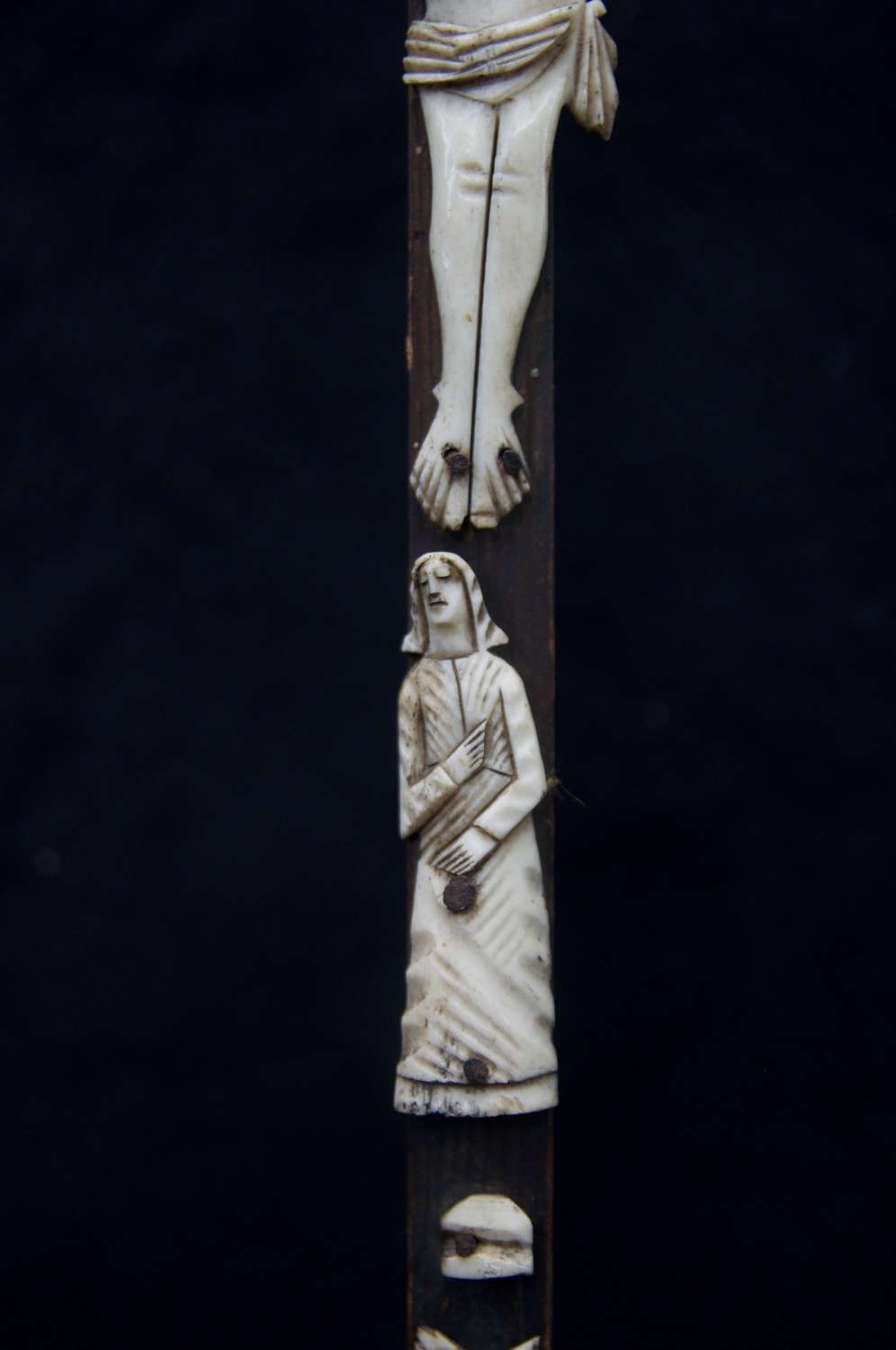 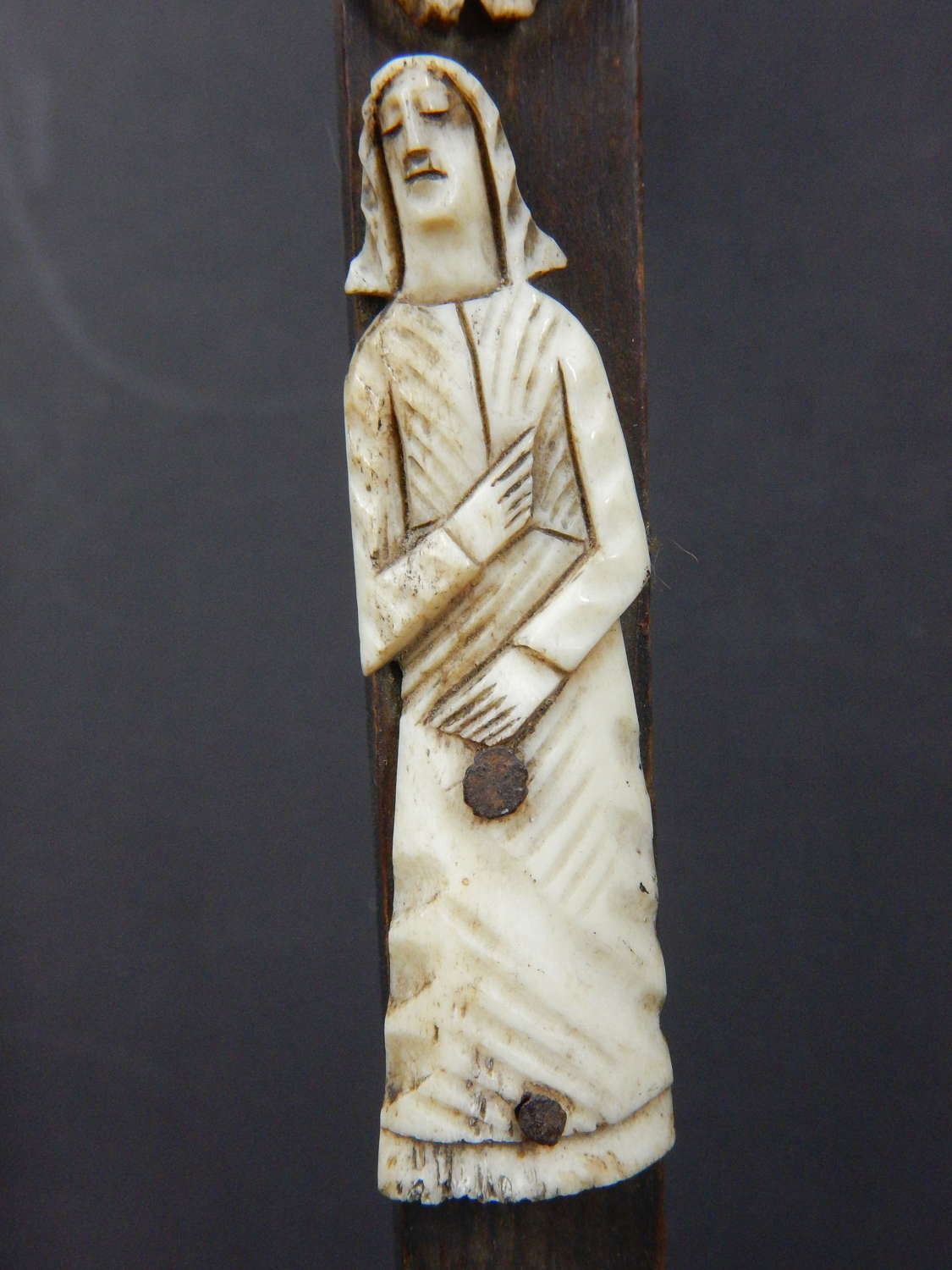 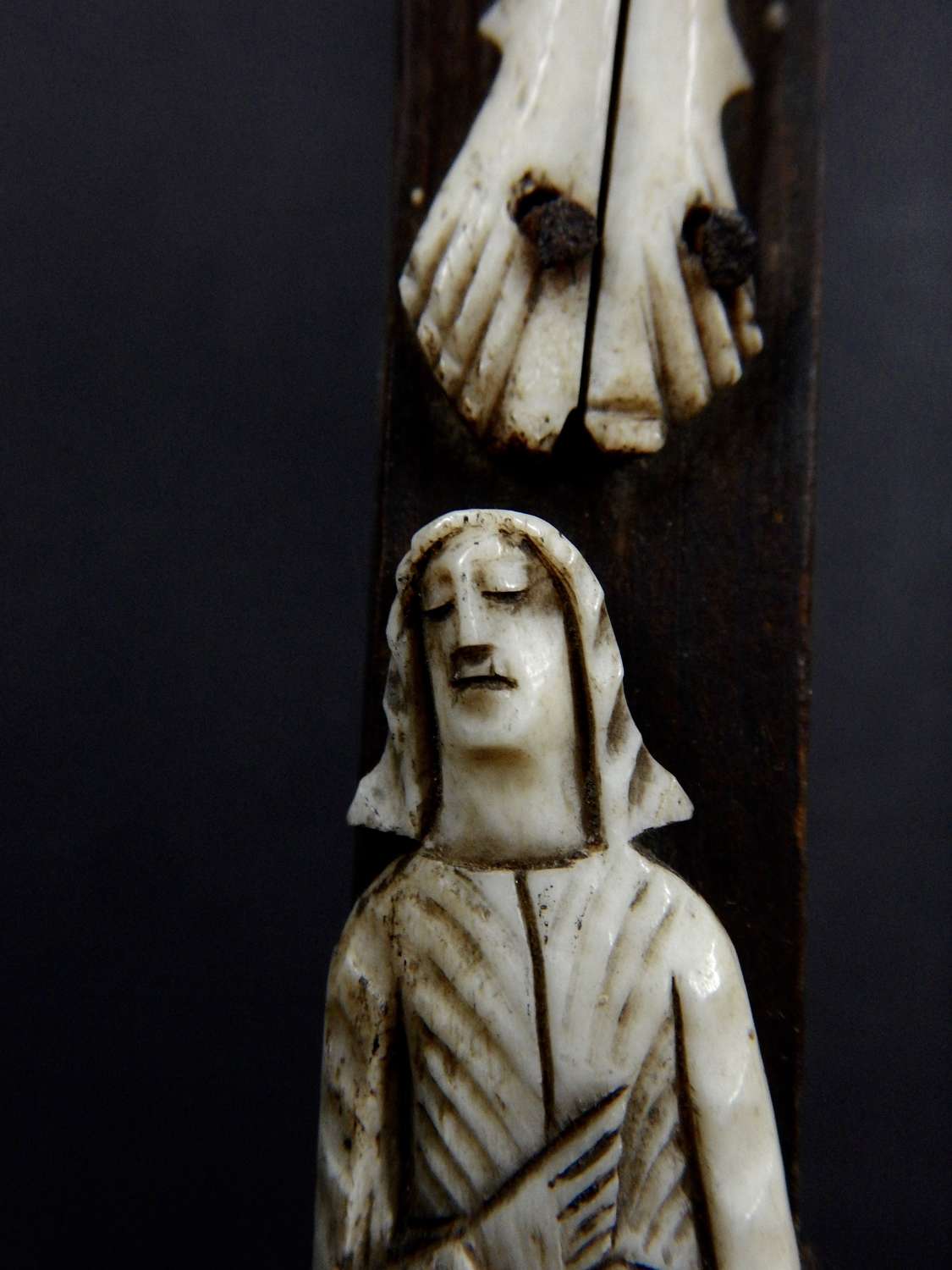 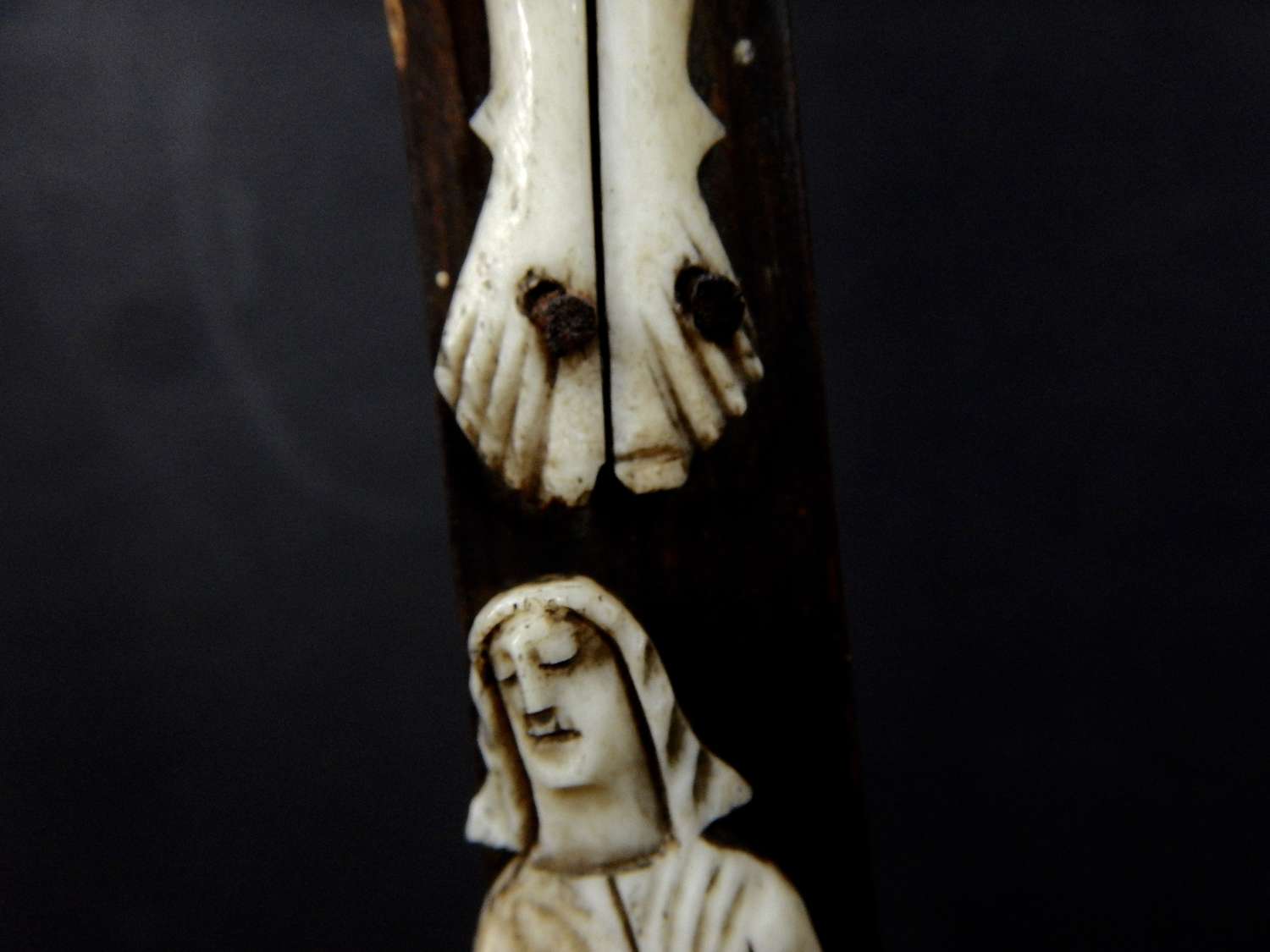 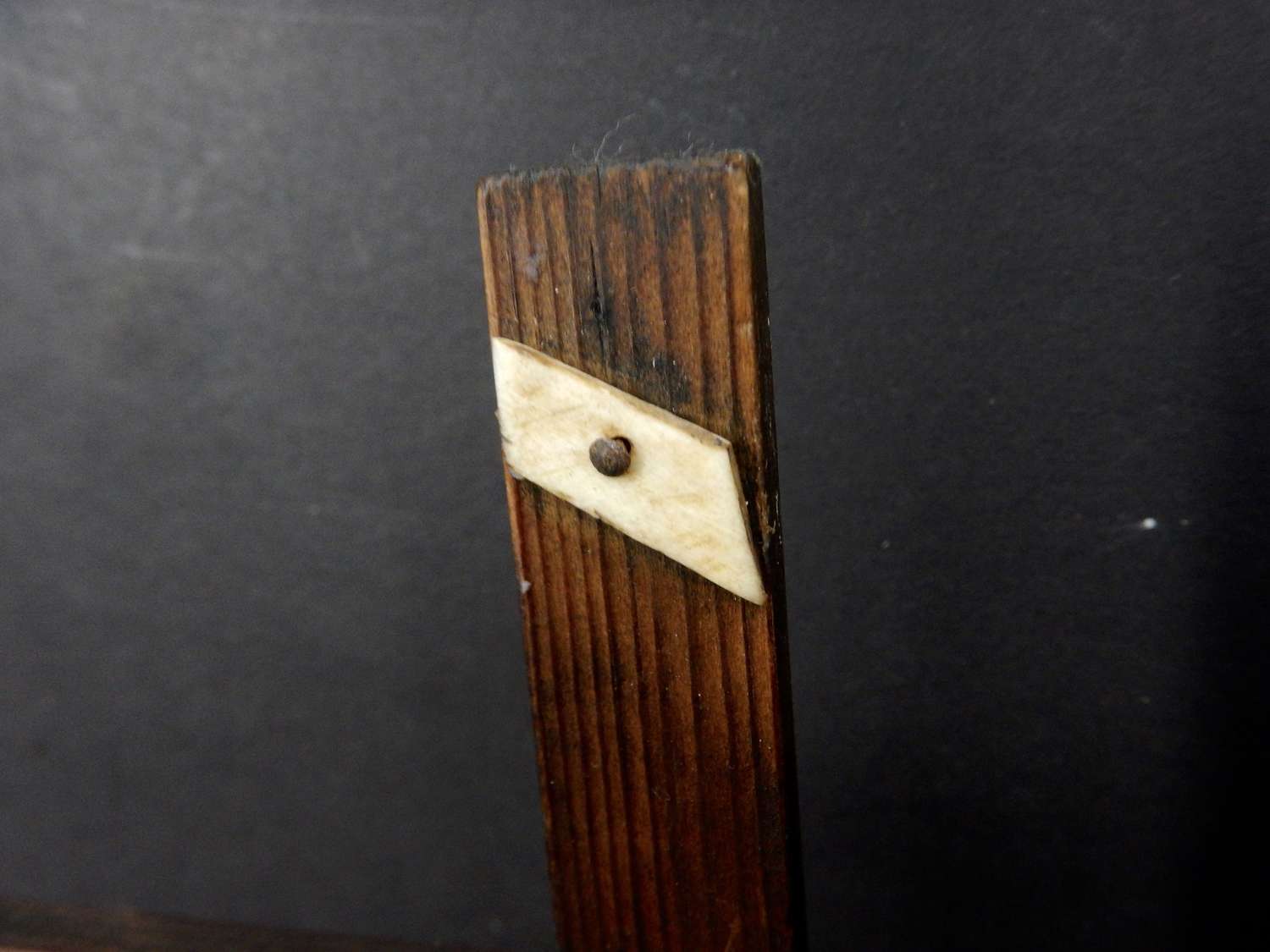 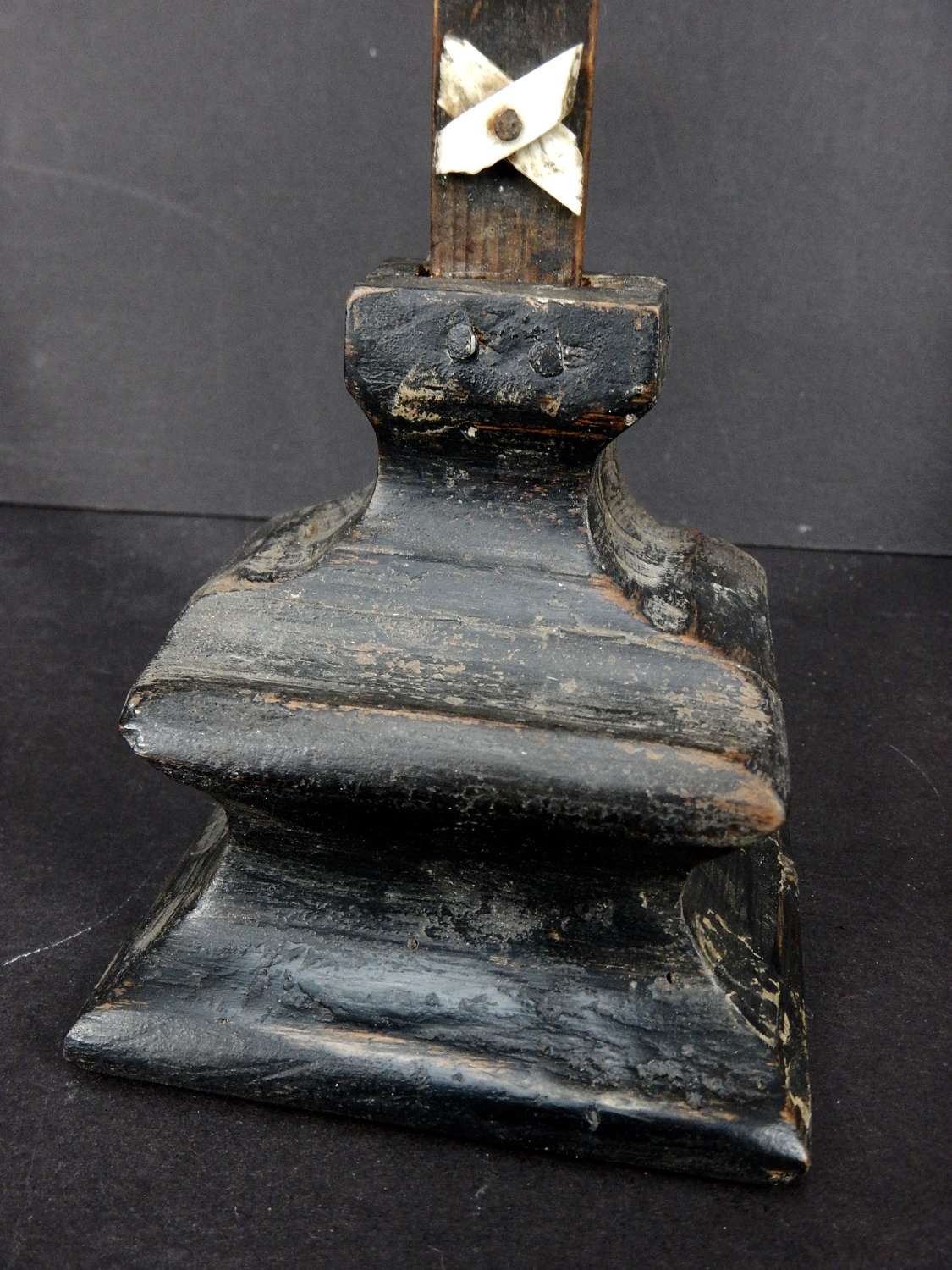 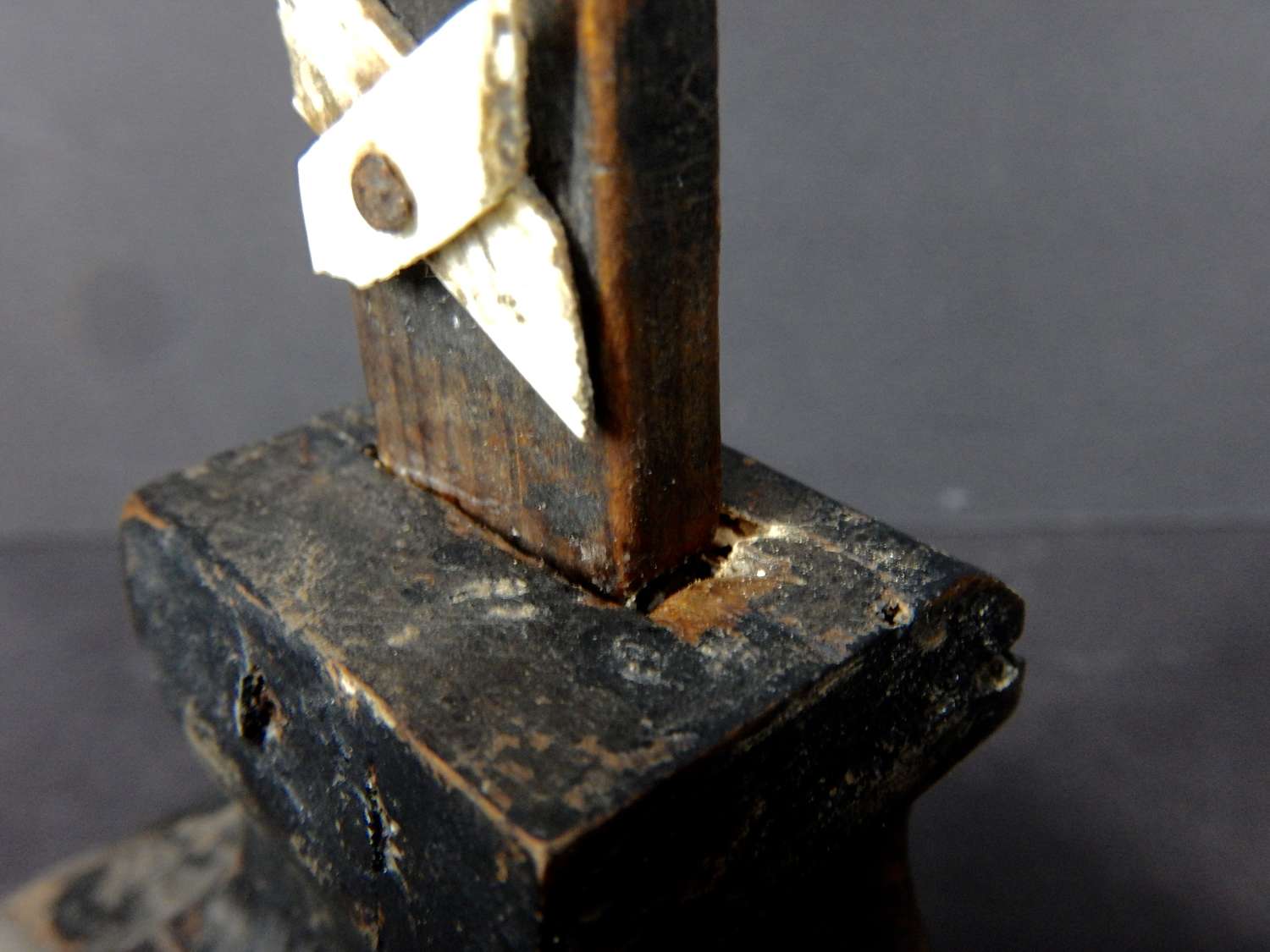 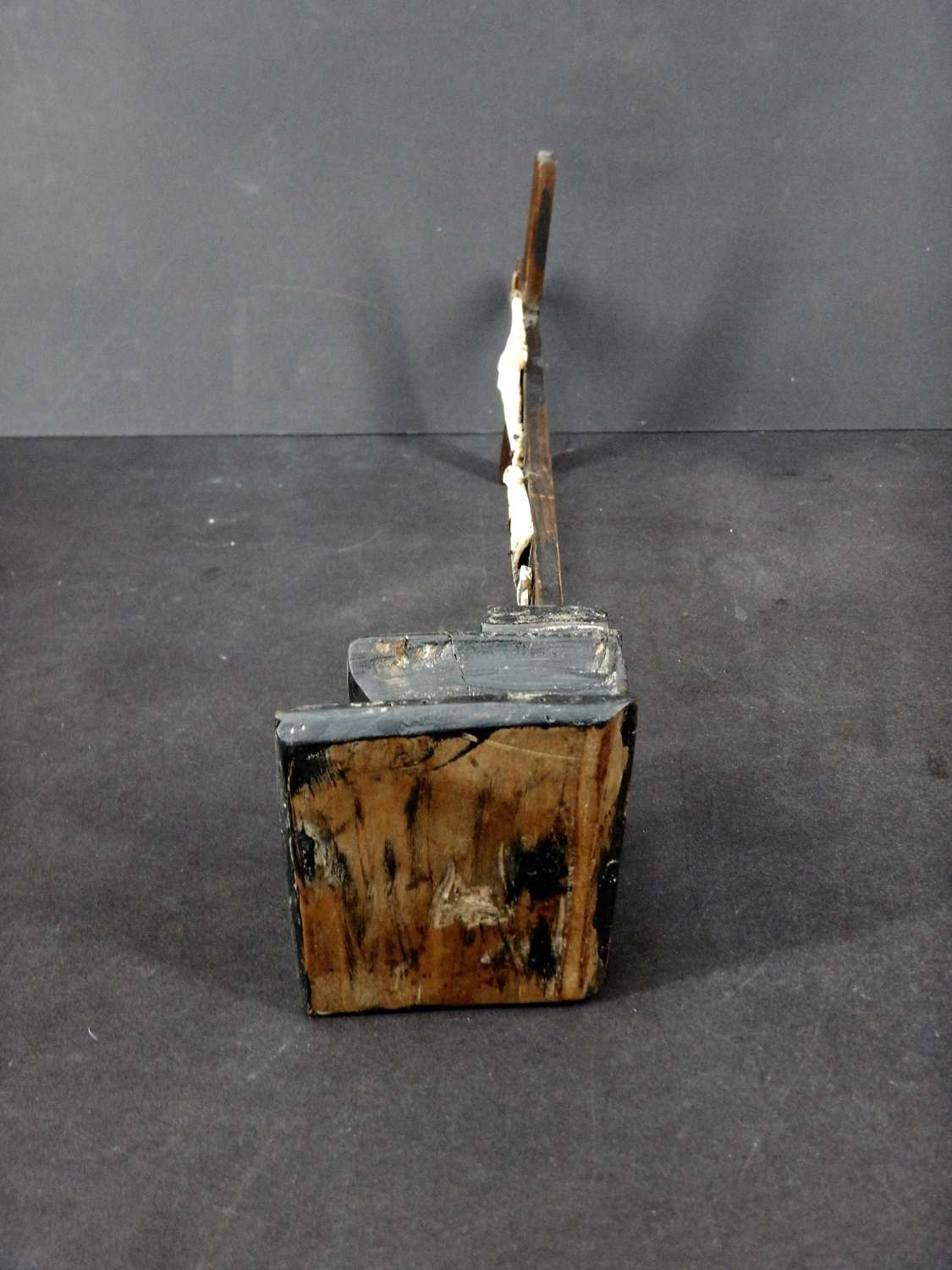 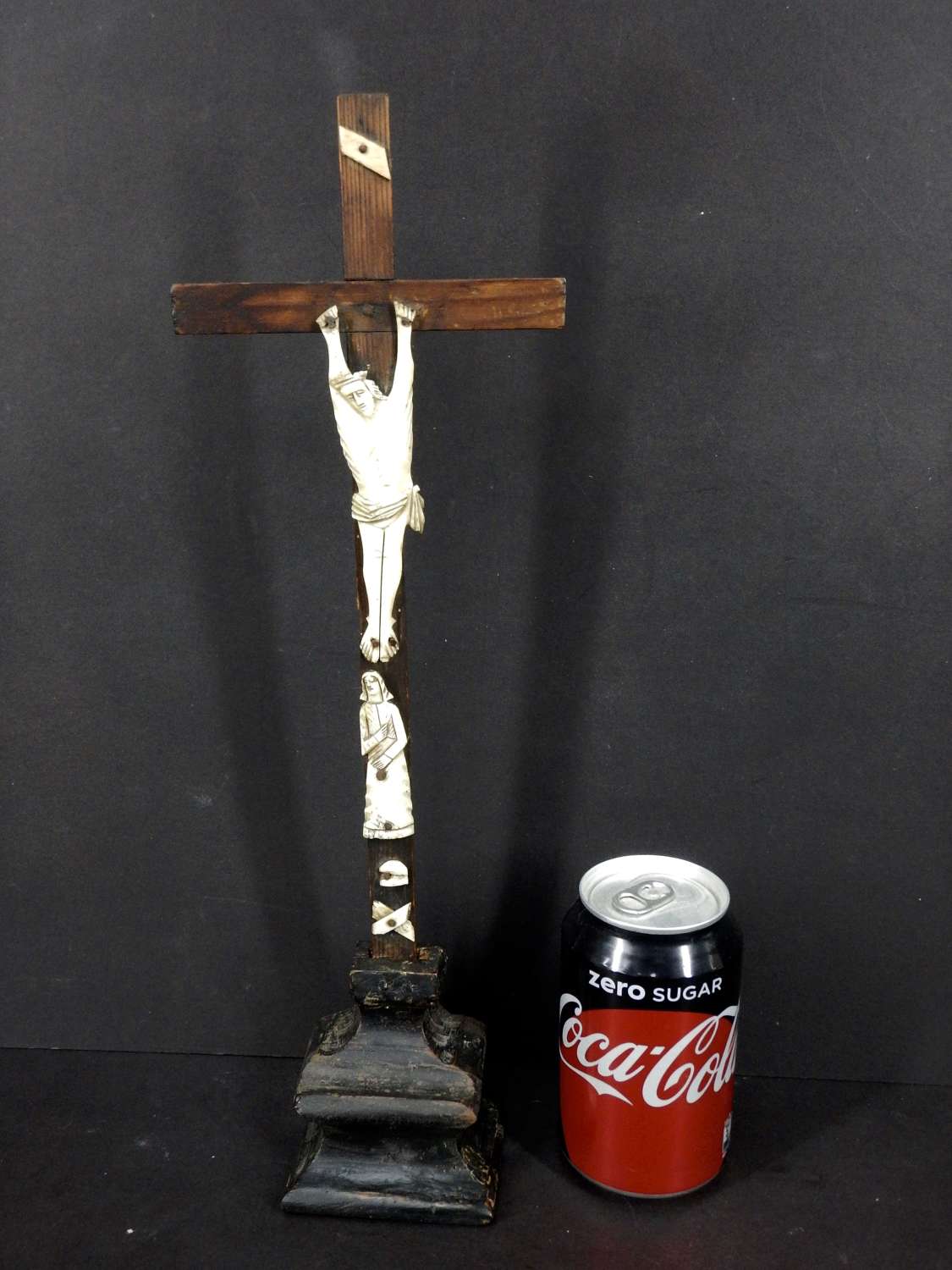